I think that is it!

If you want to interact with me, just send a pm and reblog this post!

Jesús Rafael Soto, a Venezuelan Op and Kinetic painter and sculptor, was well-known for large-scale geometric works that create optical movement. He employed industrial and synthetic materials such as steel and nylon to produce his trademark sculptures.

Jesús was the oldest of four children born to Emma Soto and Luis Garcia Parra. From a young age, Jesús wanted to help support his family, but art was the most interesting thing to him. He began recreating famous art he found in various books and magazines.

In 1939, at age 16, Jesús started his serious artistic career when he began to create and paint posters for cinemas. In 1942, Jesús received a scholarship to study artistic training at the Escuela de Artes Plásticas y Artes Aplicadas in Caracas. He finished his studies in 1947.

In the 1950s Jesús started to experiment with serial art: art in which uniform elements or objects were assembled in accordance with strict modular principles. His next step was incorporating time and real movement into his pieces. Pictured: Harmonie transformable.

In 1955, Jesús participated in the exhibition Le Mouvement which prompted discussion about kinetic art – art in which movement is a basic element – and the Kinetic Art movement.

In the mid-1950s and early 1960s, starting from his concept of time, matter, and space, Jesús structured the conceptual platform of his “plastic language.” He experimented with kinetic and linear construction, and by the 1960s, Jesús was working exclusively with lines and movement. Pictured: Doble progresion azul y negra.

Jesús Rafael Soto is best-known for his so-called Pénétrables – enormous exhibit works that are remarkable for their illusions of sensory vibrations that invite the spectator to participate in the work. In his lifetime, he created over 25 Pénétrables. Pictured: Pénétrable BBL bleu.

“With his Pénétrables, people were no longer outside the work. Soto successfully created artworks that connect directly with the people… He considered viewers as potential collaborators… The notion that people are essential in any artwork made his work a success.”

Venezuelan troupial (by: Garden of Eve)

On my trip to Aruba, I was blessed to see the Venezuelan Troupial, the national bird of Venezuela. It has such a pretty song. 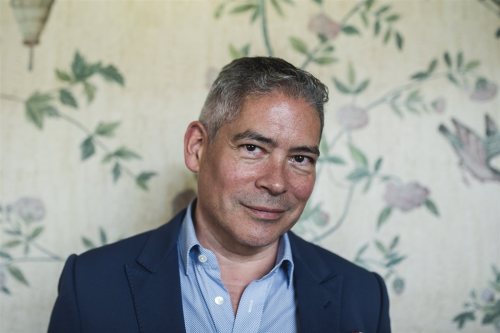 my among us character i guess!!