Email your local UK MP to cease the sale of riot gear to the US!!

As a Christ follower, I need everyone to understand that Trump’s actions at St. John’s church Monday were not out of respect for anyone but himself. The Bible is not a prop. The Church is not a prop. If the president truly believed anything in that book he’s holding, he wouldn’t have tear gassed a peaceful protest just to strut his way to the front of this church like a Pharisee.

Donald Trump does NOT follow the same God I follow. Yes, I follow the Judeo-Christian God of Abraham, Isaac, and Jacob. My God intended for the Bible to be read and studied, not flaunted. My God gives a voice to the oppressed; He doesn’t throw tear gas in their faces and shove past them. My God believes in justice for George Floyd, Breonna Taylor, and the others who have died due to ignorance, fear, and hatred. Guess what? My God will be the first to tell you that BLACK LIVES MATTER and white supremacy is evil.

I literally cannot fathom how Mr. Trump could stroll down the street while people are being shot with tear gas and rubber bullets — telling himself if he can just get to the church he can hide behind the name of Christianity as soon as he finds a Bible — without a thought for anyone but himself. Or worse: maybe he believed it was actually something Jesus would do.

“If I say I did it for Jesus they can’t argue, right?” (Just to be clear, that was my sarcasm, not an actual trump quote).

Oh, yes. When asked if it was his Bible, here was his response:

“It’s a Bible.” If you want people to believe that this is anything more than a stunt twisted for your own gain, at least liE AND SAY IT’S YOUR OWN BIBLE. Because truly, if you are Mr. I-Am-A-Loyal-Servant-Of-Christ, you’d just grab your own heavily annotated Bible from your nightstand before strutting for the show.

One thing this little stunt has done was finally inspire more Christians to speak up about how ungodly this man really is. The bishop of the very church he poses in front of is appalled by his behavior. The Washington Post quotes her saying:

“I don’t want President Trump speaking for St. John’s. We so dissociate ourselves from the messages of this president… We hold the teachings of our sacred texts to be so, so grounding to our lives and everything we do, and it is about love of neighbor and sacrificial love and justice.”

If the president really had read the book in his hand, he may have learned a few things:

“When you pray, do not be like the hypocrites, for they love to pray standing in the synagogues and on the street corners to be seen by others… but when you pray, go into your room, close the door and pray to your Father, who is unseen.” - Matthew 6:5-6

“The Lord is a refuge for the oppressed, a stronghold in times of trouble.” -Psalm 9:9

“Do not oppress a foreigner; you yourselves know how it feels to be foreigners because you were foreigners in Egypt.” - Exodus 23:9

I understand that he/she/they who is without sin shall cast the first stone, so I’ll be the first to tell you I am nowhere near perfect and sometimes I SUCK at being a Christian. If someone wants to write a long-winded post about some wrong crap I’ve done, go for it. Educate me. But my reason for writing this post is this:

Donald Trump has been somewhat of a poster child for Christianity ever since he ran for office. Conservatives swarmed to him for reasons I don’t understand. But I am sick of America so tightly associating this hateful man with the God of Love.

Please, don’t look to him as a spokesperson for Christianity. He wears a mask of Christianity, and it’s just about as convincing as if he were wearing a banana costume (I mean no offense to the bananas reading this post. He has no right to be your spokesperson either).

If you’re wondering what kind of people are actually doing what Jesus would do, here’s what to look for:

Every time I try to conclude I find something else to rant about so I’ll just leave with this: if anything I said was unclear, you’d like some more info, or if you need someone to rant with, feel free to hit up my inbox

Robert Johnson, Stones in My Passway, 1937

Singers voiced their personal woes in a world of harsh reality : a lost love, the cruelty of police officers, oppression at the hands of white folk, hard times. This melancholy has led to the suggestion of an Igbo origin (people from southeastern part of Nigeria) for blues because of the reputation the Igbo had throughout plantations in the Americas for their melancholic music and outlook on life when they were enslaved.

The term Blues itself may have come from “blue devils”, meaning melancholy and sadness. 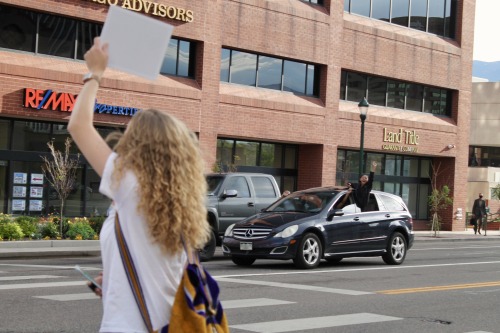 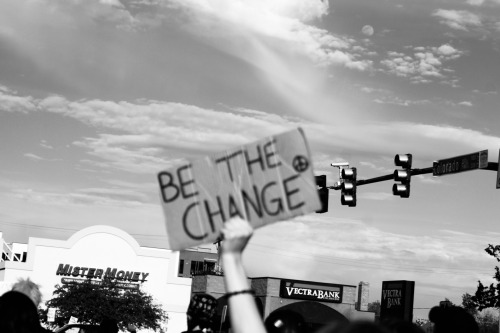 Power To The People✊

Full offence but any “comrades” that are looting small and working class owned businesses during the protests, are just greedy and don’t deserve praise. You look real foolish claiming to help the black community when all you want to do is steal from hard working people, many of who are black.

So… WHAT THE FUCK IS THIS??

“Behold, I am sending you out as sheep in the midst of wolves, so be wise as serpents and innocent as doves.“

i’m really sad. as someone who has spent a lot of time in their life being sad, i can’t say i’ve ever been  t h i s  sad.  so many things just feel so painful to me.   every day life feels like a scary dystopian dream.  is this depression or just a normal reaction to living through this period of time?

I’ve received more tear gas in my face, rubber bullets shot at me, and batons swung at me then love and affection this year.

If that doesn’t give an explanation as to how my year is going idk what does.

#america, #stand up, #lovebeforeviolence
0 notes · See All
Next Page