Well this wet specimen fetal k.itten didn’t turn out so well. Also after these pics I accidentally ripped a hole straight through her. Maybe I should just try and get the bones. I’m not sure how to go about something as small at this. Any help?

I put some of the feathers I found this year on display!

Here’s chapter 1 of a story i’m writing… idk its not great but if you guys like it i’ll write more.

You’re sitting in your comfortable bedroom, happily talking to your friend group. Your best friend lazily draped over your chair, as your other close friend absent- mindedly plays with their hair. Your closest friend had invited a new person to the friend group around a couple months ago… but they were a bit different.

While the others in your group were close siblings in a way- almost like a family- this new girl was special. She had flaming red hair, which was jaggedly cut above her shoulders. Freckles peppered her pale skin like cinnamon, covering her face and most of her neck. Her eyes are emerald green- flecked with light gold specs.

There was a night where she stayed up with me, no 2 other friends… just us. We were sitting on the roof of my mom’s Honda Civic and watching the sun slowly rise over the trees. In that exact moment- I realized something not wonderful. I had always thought I was super straight- yet I never felt quite comfortable with the idea of dating a guy. This small idea suddenly made much more sense as she said the words that follow me in my dreams, “It’s beautiful.”. Most people would hear this and be slightly confused- as this seems to be quite a typical thing for someone to say as the oranges and reds of the large painting that is the sky rose above them, but it was different for her. She said it in such an incredibly breathy way, I almost asked for her to say something else- just to hear her calming voice once again. Her orange hair flamed as the sun got higher and higher, and in that exact moment we were the only people on earth. Her face covered in light, a slight smile plastered on her. The green eyes I could get lost in were beautifully shining, the gold flecks as bright as ever. This is the moment where I slowly realized that while she was admiring the sky, I was admiring her beauty.

Ever since that day my heart jumps when she says my name in her clear, crisp voice.

#supernatural, #vulture culture, #art, #artists on tumblr, #nature, #wildlife, #writers, #fanfic, #fiction, #fanart, #fandom, #film, #wlw yearning, #wlw memes, #wlw suggestions, #single wlw
0 notes · See All
bonewhoreText
#hello people who follow me now, #i work outside so i find a lot of dead animals, #and i think theyre neat! so i take pictures, #and i think ill post them here, #that is all, #vulture culture, #mine, #the photo not the specimen, #the specimens are very much not mine
5 notes · See All
undead-deerAnswer

Sorry for getting back a little late…

Oooo cool find! Not sure where you are from but just in case I checked if starlings are legal in the U.S and I guess they are! (Feel free to double check!) The skull seems to match but if anybody who knows birds well could check that would be awesome! Once again not sure where you are but there is a neat thing called the MBTA. It makes the possession  of bird parts illegal! There are a few birds you can have, like the starling, that are legal!

If you clean the skull you shouldn’t have to worry! You can soak it in Dawn dishsoap and it will kill most of the germs! You can also soak it in hydrogen peroxide too but be careful because too much peroxide can potentially harm the skull. (I cleaned a house sparrow once and left it in peroxide too long and the skull sorta become slightly transparent. Not sure if I added too much or left it in too long but all I do know is be careful just Incase.) After a good soak for a couple of days you can look it over and soak it again if you see any remaining flesh, dirt or just don’t trust it yet. :)

Rememebr to wear gloves and a mask! You can soak them in containers preferably with lids! Never bleach or boil a skull has it can damage them. The damage can be bone breakage or some ugly staining or even open pores in the bone. It’s not pretty and may ruin your skull over time.

Hope that helps slightly! Feel free to ask around if you feel the need to! Have a good day and sorry for any errors! My apologies again for getting back late…

A massive flock of vultures flying around a rainbow! 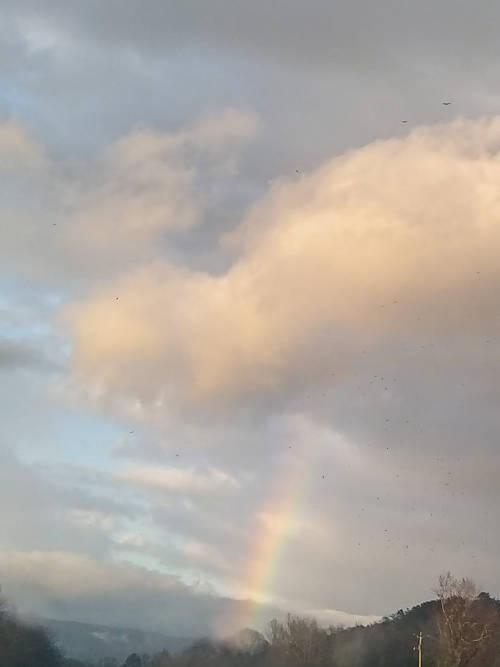 These guys are finally signed, sealed, and ready for new homes! I’ll be posting them in my Etsy shop tomorrow afternoon (12/5). Next week I’ll hopefully have a couple more ready too. 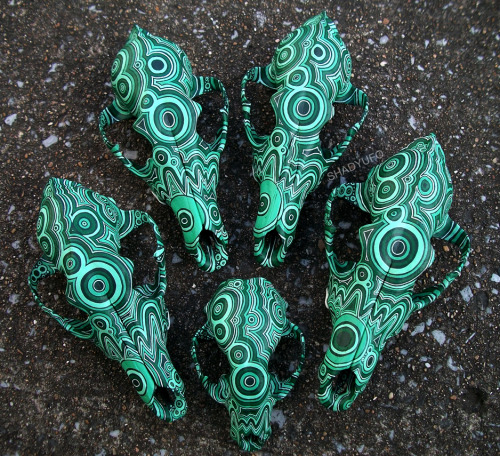 Old world Sparrows in the genus Passer can be around the world.

Lots of the species reside in Africa, Asia and Europe.

The House and Tree Sparrows, native to the UK are thought to be two of the most common birds in the world since the House Sparrows distribution spread and there were further introductions for both species.

can someone help me identify this skeleton??

sunlight was hittin my skulls nicely in a lowkey way

corvidcore boyfriend texts you this, wyd

{ And when I might die, I will not leave

My last breath will hang in the air

I will be living,

see me in the wind that shakes the trees

and the moss that grows underfoot. }

My neighbor shot and skinned a fox, and gave the rest to me. I didn’t even think to check their gender before putting them in the rot pot.

Update on the deer bones from this spring: after burying them in the ground for a month, all the residual ligaments and cartilage got eaten off. I’ll probably use a similar means for the mostly rotten spinal bones I found last week. I’ll still have to wash the dirt off, but I’ve got to say this is a lot cleaner and cheaper than trying a maceration bucket or the like, and probably works fine for how little tissue there is on what I’m collecting.

And into Borax goes the feet