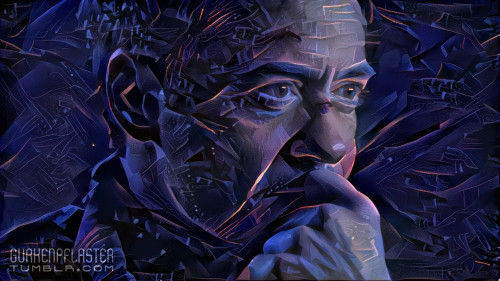 Harley: You cannot control a man with a solid pair of Heelys. Don’t even attempt it.

#harley keener, #tennessee, #iron kid, #iron man 3, #tony stark's kids, #lol, #i feel like this is something i could picture him saying, #and i kind of love it, #adorable, #i need more iron kids in my life, #mcu incorrect quotes, #mcu
129 notes · See All
criminal-cookiesText

Summary: Your nice day off ends up getting flipped and fucked quickly when a new foe declares they want to take earth

A/N: Again, this is my first multi-chapter fic. Again sorry if my summary sucks. I really hope you all like it. I got good reviews and stuff on the teaser so I’m hoping you’ll like this too. I’m not too fond of this title so if you have any suggestions for a new title please don’t be afraid to tell me.

Please let me know if you want to get tagged in anything. Enjoy! LFLD Masterlist ⌐ Masterlist

It was a pretty uneventful day thus far. Nothing out of the ordinary. Your dad and Pepper went for a small run, Happy hot on their tale saying something about safety and security. It was your day off so currently, you sat undisturbed watching reruns of Friends on the sofa of the common room wearing very a comfortable set clothes consisting of joggers and a long sleeve shirt with a bowl of popcorn and m&m’s. Well, that is until an orange portal appeared out of nowhere and a tall man with a red cape steps out calling you by name.

“(Y/N) Stark. I’m Doctor Stephen Strange, and I need you to come with me please.” He gives a soft yet pointed look.

“Well this can’t be any good now can it?” You sarcastically ask. “Lemme go change and grab something real quick.” You left without giving the doctor a chance to speak. You always did carry your father’s charming traits.

a) This movie is amazing and anyone who says otherwise can fight me.

b) I’m so glad this was not the end of Tony’s arc. I realize that IM1-2-3 work as a classic movie trilogy and keeping him around makes his arc messy and far more complicated, but that’s what makes him *so* interesting and, IMO, why he feels so human.

The end of the film would seem way too pat if it were the actual end of his arc. Issues like Tony’s aren’t easily solved with a single grand gesture or a moment of self realization. You don’t say “oh fuck, I’ve been coping with my new PTSD and also my years of other emotional problems (thanks dad!) badly, I’ll stop that now, fantastic” and simply get better. That shit takes work. I love that after everything about the end of IM3, the next time we see Tony he’s  still back in the suit and still tinkering with things he should not out of paranoia.

I know some people think AOU undercuts IM3, but to me, it makes the problems he was shown with in IM3 feel like real, actual problems rather than movie problems easily solved in 90 minutes.

harley: if i painted a dick on the back of the cupboard nobody would know…

gwyneth complementing robert and robert’s reaction to the compliments is hilariously priceless,,, i miss them sm

Despite what most people think the dynamic duo of Peter Parker and Harley Keener we all know and love didn’t meet when they teamed up during the Great New York Crocodile Attack but it all happened one day when Peter was down in Tony’s lab again, messing with his spider suit. Tony had desperately begged Peter to let him make the modifications but Peter liked the work, it was calming how things nicely slotted in and worked together. Of course the suit had everything that Peter would ever need in battle, or if things went bad, running away. But the spider suit lacked vital attributes that he needed for public appearances, such as an in built microphone and upgrades to Karen so she could help him answer tough questions with ease. Peter sat quietly in the lab, a few rooms away something crashed. A S.H.I.E.L.D agent had dropped some or perhaps Doctor Banner. There was going to be a fight about that later, Peter new it with with his so-called ‘spider sense’. The door to the laboratory opened and a sandy haired teen, a little older than Peter collapsed onto the work bench beside him. They opened their rucksac and pulled out techy bits and bobs as well as some robotics textbooks.

“Who are you?” Peter asked

“I could ask you the very same question.” the other teen said, sorting through the bits and bobs, categorising them.

“Yeah I know your Spiderman, I don’t care, I’m busy.” an awkward moment hung in the air, Peter watched as the teen opened a textbook and started to underline bits in pencil.

“I know some of the labs are open to students but I sort of need this space myself, super secret, high tech, classified government stuff happens-” Peter started but the door opened and Ned came rushing in.

“Woah, how did he get in here?” Harley said, looking at the clearly out of place teen.

“Doesn’t matter,” said Peter excitedly “Did you get it?” Ned nodded vigorously and out of his backpack he pulled out two Baby Yoda plushies that were wearing sunglasses. The two friends shared and excited squeal.

“Baby Yoda represents us as a country, if he died I’m pretty sure we’d all die.” said Peter nodding gravely.

“Have you even watched the Mandolorian?”

“Dude we have to watch it, like right now.”

“On it!” Peter called pulling out a projector seemingly from nowhere and logged on to the Disney plus account that he shared with Ned and Michelle.

The credits rolled on from the first episode and Ned had left to fetch them some snacks. The sandy haired teen turned to look at Peter

Sir, may I remind you that you’ve been awake for nearly seventy-two hours.

Created for the @tonystarkbingo (pertinent info under the cut).

[Caption: Tony sitting next to his propped up armor in Harley’s garage’s couch, as seen in Iron Man 3. In the middle of the image it reads “sh*t happens”.] 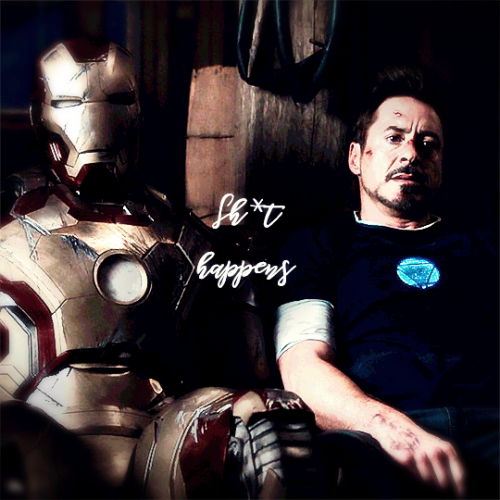 Goodbye I shall now watch Iron Man 3 and cry

marvel did a good

ok so everytime i rewatch iron man 3 i cant help but to just *AHHH* because i appreciate marvel so much for making tonys anxiety a subplot. like he actually needs to work on it and solve it while hes also dealing with everything else rather than his anxiety just existing or not existing at all and it being ignored. like they could have just said oh yeah anxiety in passing conversation but its a legitimate factor in his life and im just HEHDJNDKDNDKFNFJFNFJFJ THANK YOU MARVEL LITERALLY WHAT- Im so sick of living in a tony starkless world