#ahhh, #thank you!, #grazie, #awesome people, #your blog is one great :D
2 notes · See All
sootastyText

wow it’s been over a year since I’ve properly posted I’ve went from moving all over the place to finishing my first year of uni…but I’m back and I’m editing again ;)

………the fact that something like sessionbox actually existed and i just found out about it bc it is no longer working for people is making me bitter.

#IF I HAD KNOWN I WOULD HAVE USED IT EALIER, #LIKE I HAVE TWO BROWSERS FOR THIS MAN, #AHHH, #: mun / swagnes is back in town ., #i am gonna go and do drafts, #and hope that it doesn't reach my chrome browser bc on firefox my xkit got fucked up
3 notes · See All
trashcanalienistText

It’s really funny how housewives used to crush on like, the news anchor or the weatherman or the Jeopardy guy, but on the other hand that’s exactly how I feel about Rod Serling, so

Should I jump out my window and kill myself right now? (Serious answers WITH reasons)

#me die now, #dead, #ahhh, #not a joke, #help me, #please, #im having a panic attack, #pp poopoo, #why did i just start thinking about loud house, #What Would I Do? -Falsettos, #im still in love with a straight girl and i have a boy friend im not romantically attracted to, #busbdisnjhdjsjwirhe, #have a nice day
0 notes · See All
peacheschildPhoto

passing by the edge of the cold winter 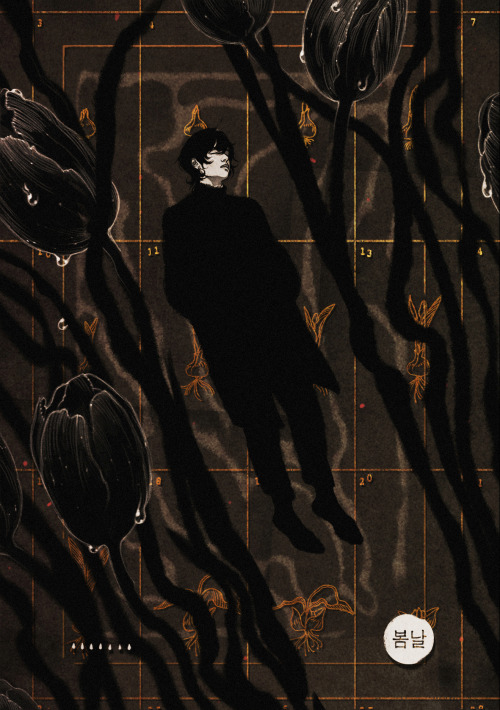 #ahhh, #it's always him, #bts, #kim taehyung, #v, #spring day, #mine
53 notes · See All
peanutbutterandgrapejellyAnswer
I just love your blog, so happy I can help XD

ajfkdjfkjfdkajf i-i… i am overcome with emotion ;A;. tysm!! <3

#i was not expecting this kind of assault so early in the morning!!, #ahhh, #you're too kind!, #and helpful!, #asks, #drew talks, #drew responds, #masterofevilmonkeyness
1 notes · See All
goresuccText

Can,,, can y'all tell that Steven is my favorite character of all time or am I not obvious enough

#i just, #hes just, #HES JUST SO FUCKING, #AHHH, #i love him!!!, #I love him so much im gonna, #ive cried over him more times than I can count, #steven universe future, #steven universe
13 notes · See All
itsrayyyyyyyyyyText

“S/o? are you home?” Herbert said as he closed the front door behind him only to be met with silence. “S/o?” He walked slowly around the house, checking in every room hoping to see your pretty face. When he couldn’t find you, he began to panic. You were always home at this time. You never leave without telling him. He basically slammed the basement door open, and running down the steps. foraged the entire basement, but you were no where to be found. Then he really began to panic. “S/o! S/o! Where are you!” He ran through the house and looked again, leaving behind a mess. He then saw the back door was slightly ajar and he rushed over to the door. he swung it open only to see the wide backyard. His eyes scanned the yard but couldn’t find you. But just as he was about to go back in the house to call your phone, he heard a sniffle. Then another. He looked up and in the large oak tree, you sat. “Dammit, s/o what are you doing out here? It’s freezing! Come back inside-” A choked out sob left your body. Oh. Now he’s really worried. He shrugs off his overcoat and began to climb the tree.

There you sat, on a large branch near the top, crying. He didn’t know what to do exactly. he wasn’t good with this type of thing. He sat on the branch next to yours and finally saw you. Your face was shiny with tears, your eyes were puffy and you had this look in your eyes that made his heart clench. “s/o? What is the matter?” He spoke so softly to you, you could barely hear him over your sobs. You finally looked him in the eyes. Your eyes were full of pain, and he wanted to know why, so he could help you. As he cupped your right cheek in his warm hand, you heaved out a loud sob. As you continued to cry, your hand reached out and held his hand that cupped your cheek. Your hands were cold. Too cold. He noticed it immediately. “Darling, your hands are freezing. Let’s go inside.” He held your hand and guided you down the tree. As you both had descended the tree, he noticed you weren’t wearing a jacket, just a thin long sleeved shirt. He slipped his normal suit jacket off his delicate frame and draped it around your shoulders.

He sat you down on the bed and looked at you intently, though you refused to make eye contact with him. “Now that we’re inside and you’re not out in the cold, tell me what is wrong. Please, Darling.” You both sat there in silence for what felt like hours before you finally looked at him. Your eyes were still puffy from crying but not as much. You then did what he least expected; you shed his jacket and slowly took off your shirt. Now he knew why. On your skin lay scars. So many of them. Some were very old, and there were many new ones, still swollen from the breaking of skin, and partially dried blood. His dark eyes widened. His mind went blank. All he could do was shift his eyes from your scars to your face over and over again. You began to sob again, hunching over and holding your face in your hands. “..What happened.” He said firmly while placing a warm, gentle hand on your back.

“You came across what, S/o.” Herbert spoke gently.

You let out another cry. “I came across a picture of my best friend. The one who..the one who killed themselves.” Your face raised from your hands with a pained expression. You opened your mouth to cry but no sound came; only hot tears flowing from your eyes.

Herbert grabbed you and buried your face in his chest. He pet your hair softly while your body convulsed as you wept and screamed. “Darling why did you hurt yourself?” He whispered as he cradled you in his arms.

“I see her everywhere! I see her in the day, and I hear her at night, There’s a pale imitation of her face burnt into my brain, I don’t want to be here, I don’t know what to do about it! Sometimes I’d rather be dead, at least then I’m with her! I miss her so, so much…” You practically screamed into his chest while you cried. He shushed you gently, while rocking you back and forth, while still petting your hair.

“But what if it was my fault? I was the one who moved and now she’s gone!” You wailed, wrapping your arms around his waist.

“No. Don’t even say that. It is not your fault. It was her choice, not yours. Darling, This world would be bland and boring without you in it. I know you really miss her but, you’ll see her again someday. But let me tell you something. You are absolutely amazing, you’re kind, sweet, and all around beautiful.”

By this time, you had settled down just a bit; “But what about my scars? Aren’t they ugly to you?”

“Not at all, my darling. No matter what, you’ll always be beautiful. Now, promise me you will NEVER hurt yourself again, okay? Because I will always be with you to love, help and cherish you.”

You smiled a tad bit. “I promise.” He pressed a feather light kiss on the top of your head while still rocking you gently. “Get some rest alright, Love?” He said resting his cheek on your head. “Can you stay with me? I want to fall asleep with you.” You said hugging his waist tighter. He smiled. “Of course, Darling.”

He let you go and laid down. You then laid your head on his chest while his arms held you in a firm grip. You sighed in content. “Goodnight, Herbert; I love you.” 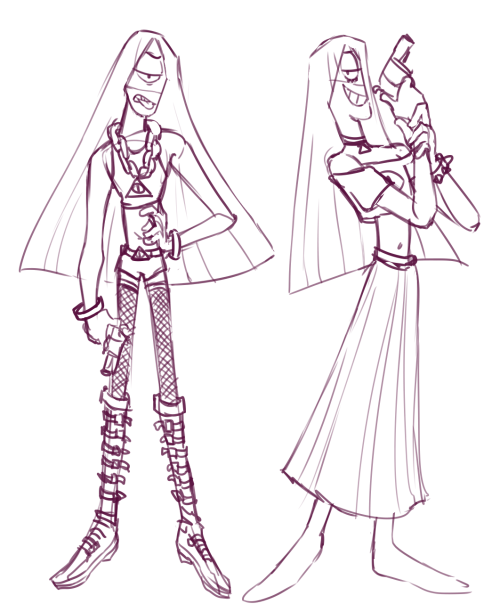 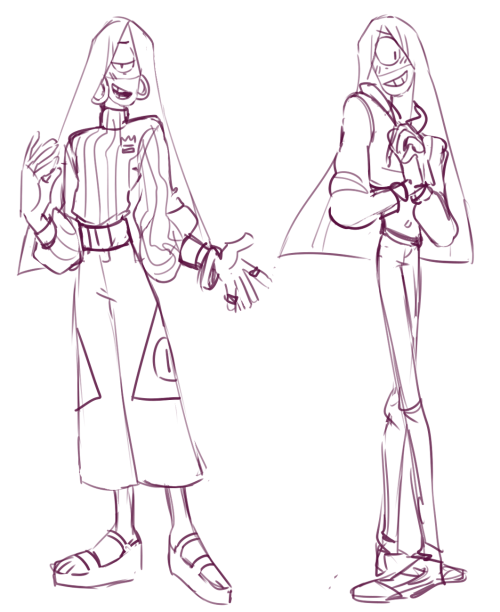 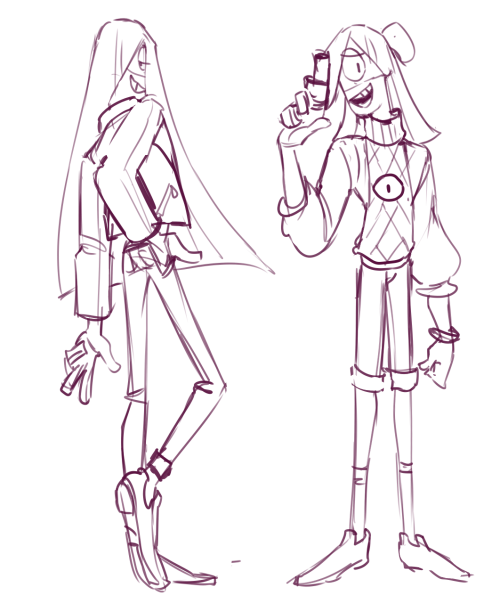 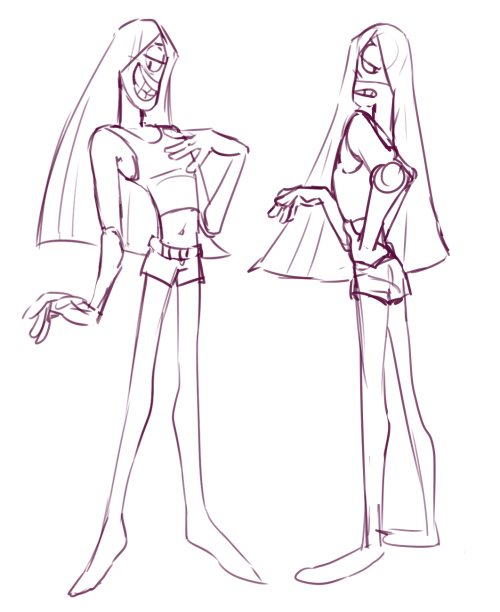 I just made a fancy dinner for four because my boyfriend is back today and my flatmate and her partner are joining us and we’re all dressed fancy. This is…. so good for me.

Edit: I did my makeup up and wearing a semi revealing look and honestly a bitch (me) is just trynna get fucked

#╰       ﹕      𝐩𝐚𝐩𝐞𝐫 𝐚𝐧𝐝 𝐩𝐢𝐠𝐦𝐞𝐧𝐭        ——        cho mugyeom., #vcinilla, #ahhh, #byee
0 notes · See All
klayr-de-gallAnswer
💜✨ This is an Amazing Creator Award! Your creations are incredible, and they light up every dashboard they land on. Pass this on to eight of your favorite creators to show your appreciation and let them know their art/fic is loved! ✨💜

Thank you so much omg!!!

Noooo you are amazing!! I love all your fics and art so much!!!

#writing, #ahhh, #i have the words, #its just getting the thing going, #thats the problem
3 notes · See All
arendelliansovereignText

So I binged Tangled The Series (except for the last season cause it’s not on Disney+) and I am VERY tempted to make a Rapunzel sideblog. Anna is still my number one but I’m very interested in what adventures Rapunzel would get into…

#i do write them all down tho, #just a wuestion of whether or not it will fit in, #LIKE, #ahhh, #i wish i coukd ramble, #shut up zarah
5 notes · See All
kazgoreeaterofbabiesText

i want to be left to my own devices in a forbidden wood, where no man dare trek. i want to live there as the nondescript person that only speaks to the plants and animals. i want to honor the forest while casting spells of protection from wandering souls.

to bad capitalism is a thing…

#misanthropy, #AHHH, #is it mistanthropy or social anxiety... the world may never know!
0 notes · See All
Next Page