my partner says she looks like a Business Bitch ™️

#idk who she is, #demon lady, #tiefling, #my art
7 notes · See All
shyangryPhoto

Gave my GF her birthday present early because, you know, we’re all stressed out. I’ve owed her this painting for years, but I think it turned out better because I procrastinated ;) 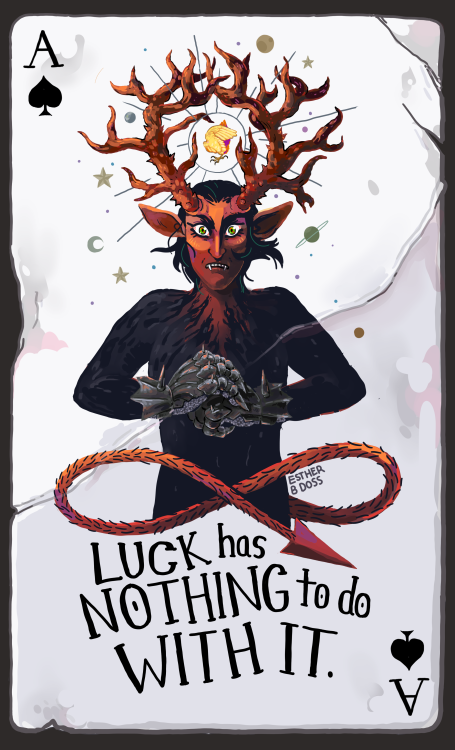 Roasting the shit out of the maid for having an affair with the queen :)

Taking food from the royal buffet without asking

Being a dick to the king

Bringing a dier wolf into a book shop

Forgetting ones alignment and offering to help our rouge steal, then backing out after remembering that one’s alignment is lawful good

Distracting a barbarian-type guy by challenging him to a drink-off, then rolling a nat one for the first round

Attempting to bargain for a cheaper room at an inn

Falling down the stairs

Stealing a piece of the curtains

#dnd, #I only did some of these, #tiefling, #warlock, #gnome, #bard, #paladin, #cleric, #rouge, #moon elf, #Dragonborn, #adventuring party, #dungeons and dragons, #this was the FIRST session
2 notes · See All
barkysharkText

Argent got some more trauma last session - an illusion of her friends burning alive :)

I’ve started practicing again and here are some of the things I was most proud of this week :) 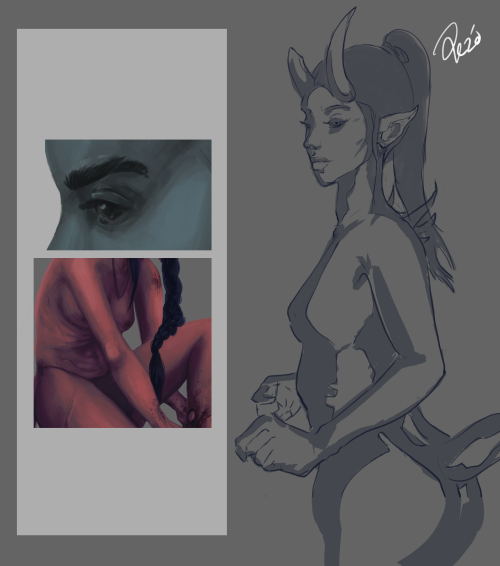 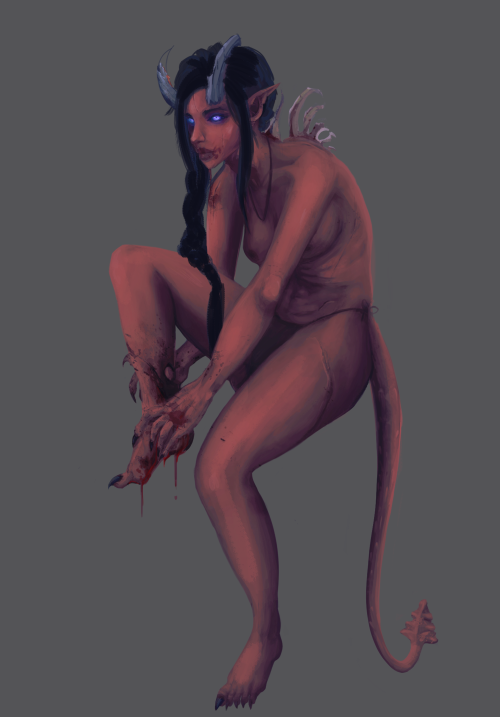 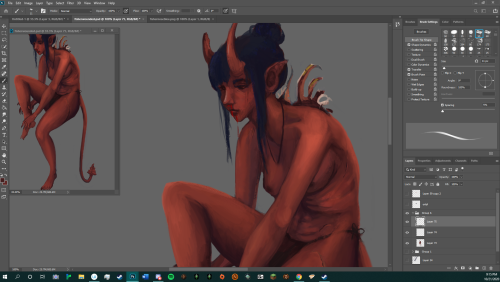 Whoops, had tweaked Pheza’s design + an attempt at a tief skull that maaay or may not be her inanimate friend

Truest Revelry: Duties Be Damned and Fears Be Forgot, Worries Assuaged and Sorrows Put Off!

Yes that is his full name and yes that’s what it says on the warrant for his arrest. I’m so excited to play this funky rogue 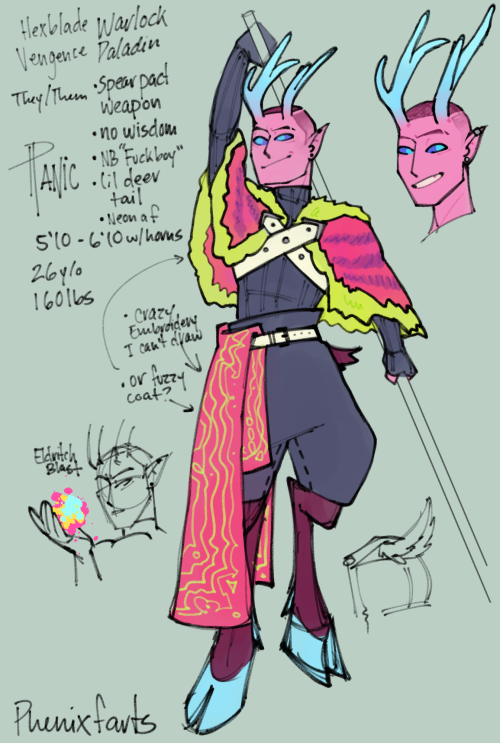 #my art, #tiefling, #dnd, #D&D, #Panic, #someone said deer horns and I just leaned into the deer look, #with the little deer tail
17 notes · See All
decarbryPhoto 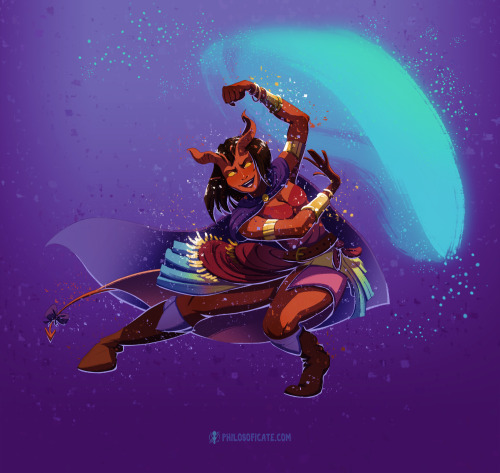 Profile sketches of some d&d boys of mine!

☆ The party reached level 10 so I wanted to make a new reference sheet for Ox to show off her new outfit.

☆ Do not reference, copy, or steal my OC! 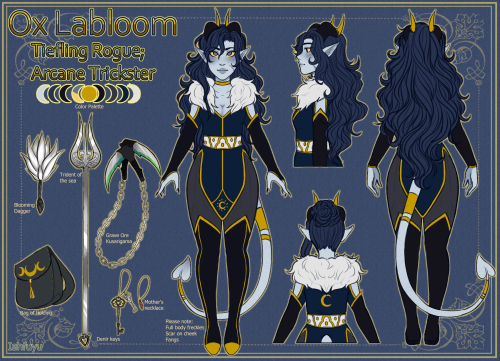 Made a new header of my favorite girls~ 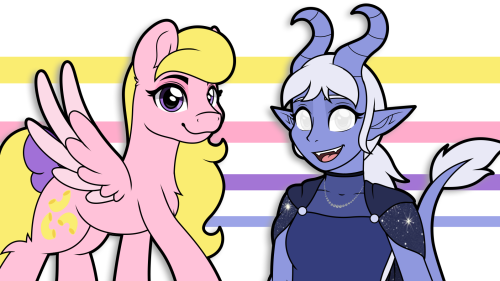 Zeris, the tiefling monk for CGBD96 drawn on tonight’s stream! Next week I’ll be doing Lamirre, the half-orc fighter/ranger for Hev so make sure to tune in then! 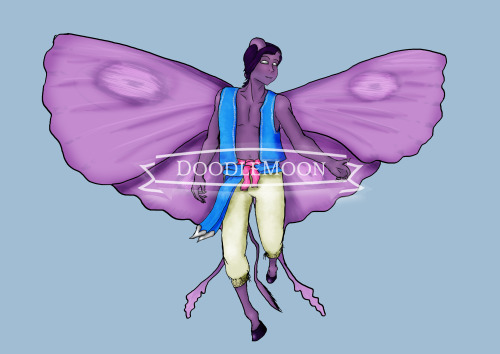 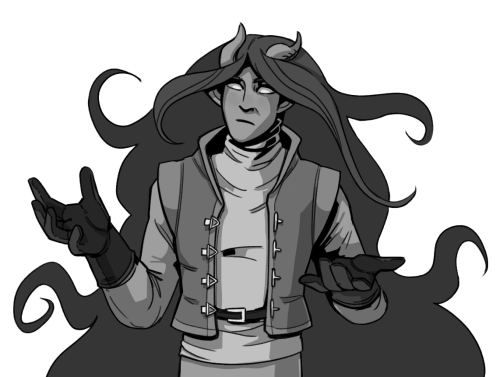 Finished commission for @stephanoodle of their DnD oc Aurora going on a date with @asklightking‘s DnD oc Q’norok.

What a lovely couple 💕 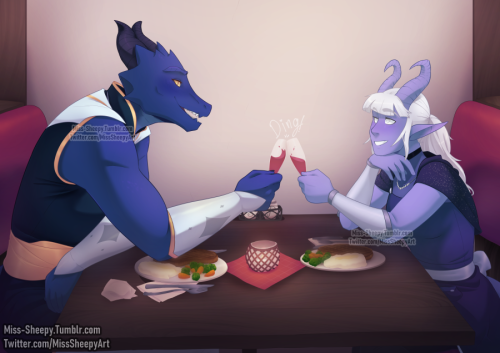 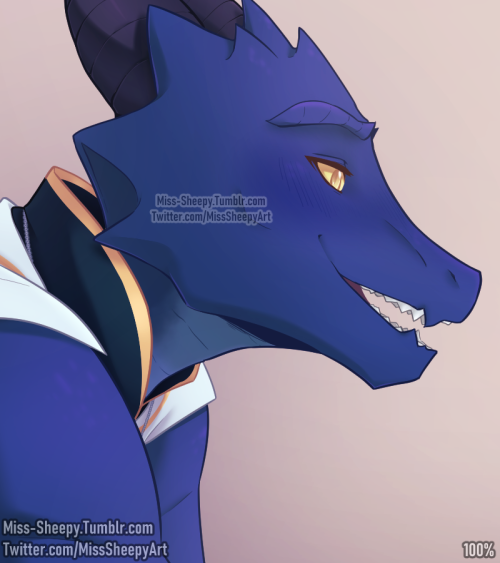 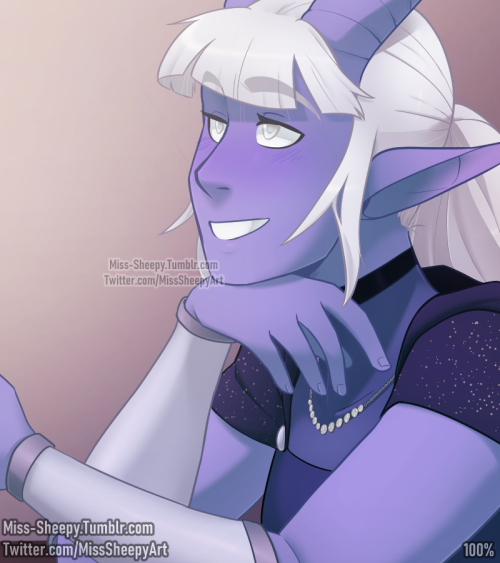 I love the tiefling tail glitches in early access lmao 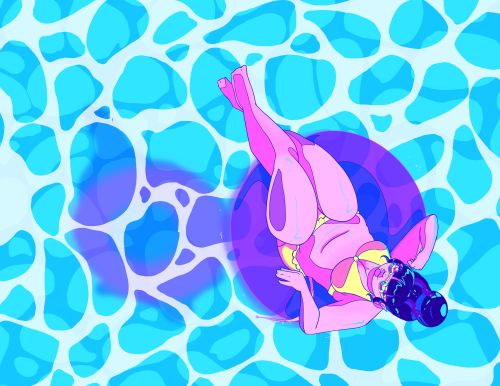 more roshan sketches… academy era roshan and some of his go-to disguises. he’s an arcane trickster so his limited magic is mainly illusory! 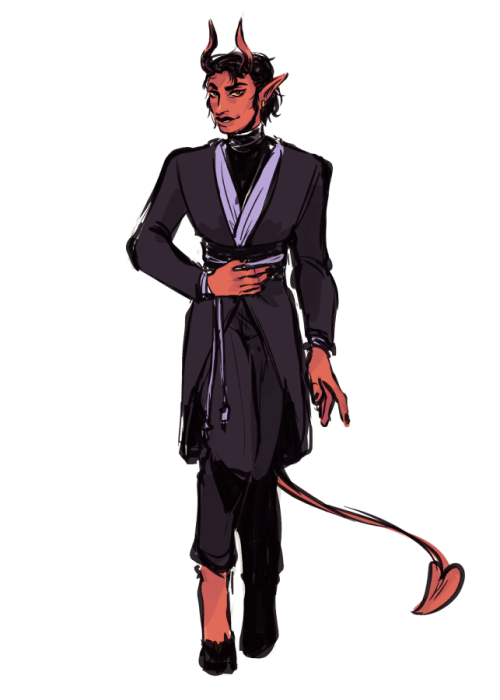 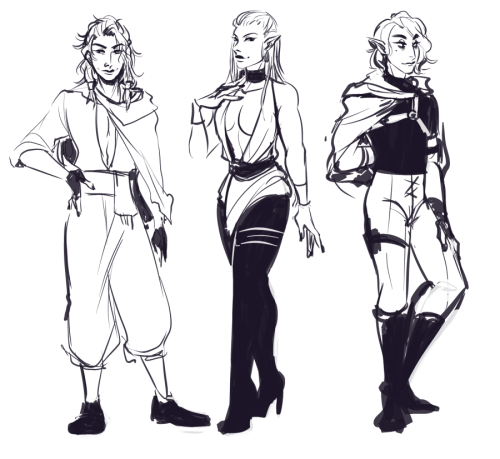