No thoughts only Garnet’s first fusion

Hey y'all, I made an animatic! It’s my first, and I’m very much figuring it out, and I ran out of time, but I hope this will be the first in a long line of gradually improving animatics. Song: Dead Mom from Beetlejuice

Sorry for the change in day and time only temporary. Promise.

Ok so all in all I enjoyed this episode more than I remember enjoying the first time. And verry reluctanly I’m going with a range here around C+ to mid range B. So basically anywhere from a 77-85 on a grading scale so you can tell I’m kind on the fence was it worse than the first episode or pretty much the same feelings I don’t have a solid idea of where I stand as of now. Anyways yeah. Done for today. See you this upcoming friday.

Pssst, spoilers for Steven Universe ahead

(don’t mind me talking about SU way late, I just watched the rest of the show that I missed)

Am I… Am I the only one who doesn’t understand the Steven Universe fusions for Steven?

Rainbow Quarts specifically. Steven isn’t a quartz, like the show told us in the beginning but was revealed as false later on. And Pearls certainly aren’t a quartz. However, Amethysts are which justifies Smokey Quarts, but wouldn’t Rainbow Quartz be… something else? And, idk Sunstone just confuses me in general.

ok but,,, imagine if Steven kept elements of his corrupted form like Jasper did,,, 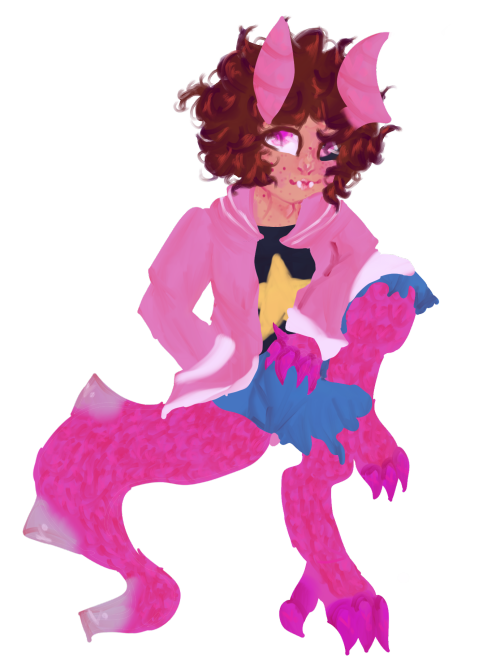 A lil and transparent Spinel.

A few weeks ago I realized that the flowers in Pink’s garden are scorpion grasses, also known as forget-me-nots. Now the story is even sadder.

Spinel was the best part of Steven Universe: the Movie and you cannot change my mind. 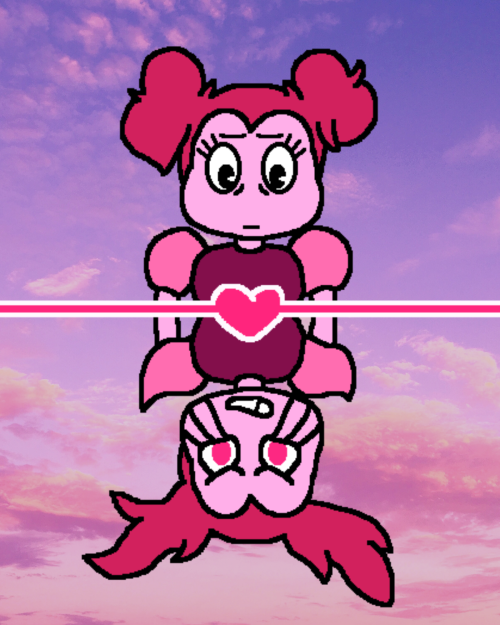 One scene that lives in my head rent free is that scene where lapis is singing That Distant Shore while staring longingly™ at peridot. A classic ‘historians would say they were best friends’ scenario

I didn’t re-watch the episode of Steven Universe when we found out what happened with Pink Diamond. Why would you think that? 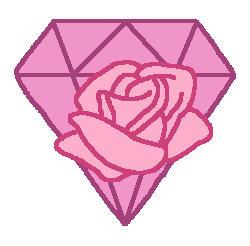 I don’t know, it just feels weird to me that they had all of this build-up for Amethyst and Jasper to bond and become like a big-sister-little-sister duo and nothing came of it.

Obviously, there were the episodes where Jasper and Amethyst interacted negatively, and Jasper pointed out Amethyst’s flaws, and Amethyst became a better Gem after realizing that she was perfect as she was.

We were waiting for the episodes in which they met on better terms and perhaps Amethyst would be able to reach out to Jasper and teach her how to accept herself and her circumstances, but they never arrived.

There were the Dove Self-Esteem commercials, one of which featured Amethyst and Jasper talking about bullying:

Amethyst points out she’s okay with her size and how Jasper may be “blowing things out of proportion because she’s got her own issues to work out”, which basically gave Jasper’s character more in-depth study in that five seconds than they did in the entire time she existed in the show and that’s not frustrating to think about, is it?

Amethyst had called Jasper “Sis” in TWO SEPARATE EPISODES. (“Earthlings” and “The Future”)

Amethyst was also the only one to reach out after Jasper was uncorrupted – and Jasper let her reach out.

But in literally the next episode in Steven Universe Future, “Little Homeschool”, Amethyst is dismissing Jasper entirely without showing us any prior subtext or interactions:

Amethyst to Steven: Seriously, dude, it’s been going great! Everyone wants to come and learn how to be an earthling!

Steven, referencing Jasper: Ah… Not everyone.

I understand that Amethyst’s way of handling rejection or an inability to help someone is to act like it doesn’t bother her and to ignore the problem entirely, but I would have liked to see them interacting and trying to reach out to Jasper instead of outright dismissing her and omitting the scene completely.

It feels so strange when you take Amethyst’s previous reaction to Jasper, which was hopeful and patient, only to have her ignore her entirely in the next scripted episode.

Yes, there was a two-year gap between these episodes, but a lot of things can happen in two years.

Wouldn’t it have made sense to mention or show any of it?

“So, you think we should send Gold Pearl as a spy?” Cherry asked. “Hmm, I wouldn’t say it’s a bad idea, perse, but I don’t understand why we can’t send someone more experienced.”

“I am willing to go,” Desert Glass said.

“Are you willing to shatter gems, if need be?” Pearl asked. “They’ll probably insist on it, especially because you can fight. She’s a lot bolder than you and will most likely fit in better, but she’s also inexperienced in combat and will probably have to spend some time training before they’d make her shatter.”

“I can see this going very poorly,” said Garnet. “But it could also go very well. I’m sorry I’m not much help at the moment. Everything is so uncertain. But I do think it’s a good idea.”

Pearl and Rose trekked to Rose’s secret armory. At the bottom of the cliff, Rose shapeshifted back into Pink, swept Pearl into her arms, and jumped up. Her floating powers let her leap all the way to the top without climbing.

Once they were at the top, Pink set Pearl on the ground and they walked the rest of the way to the armory. At the center of the armory floated Bismuth’s bubble.

Pearl and Rose headed back to the Crystal Gem base. They quickly told Garnet everything they “overheard,” which included the news about the diamonds turning gems into weapons, and not the part where the diamonds were going to try to heal shattered gems using Rose’s tears.

“This is a complicated situation,” Garnet said. “We need to exercise caution. Tell our gems to be more cautious- that includes you, Pearl.”

I have not watched Stievan Youniverz (well, I saw the first episode), and the only spoilers I can think of that I know is that two women get married at some point (are their names Ruby and Sapphire? I could be wrong) and I think someone named Connie ends up with Steven. I’ve probably seen more spoilers but I’ve just forgotten about them. I try to avoid spoilers, but I’m really not that good at it.

icons of the independent together scene from steven universe the movie (part one i have another set for tomorrow)! free to use but please credit me

The Diamonds get redeemed.

Endeavor will probably get redeemed.

Everyone gets redeemed or is in the middle of their redemption arc.

Except you Simon. Fuck you.

An old doodle of Pink