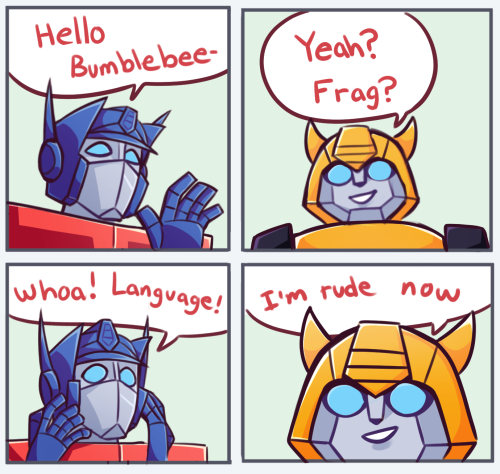 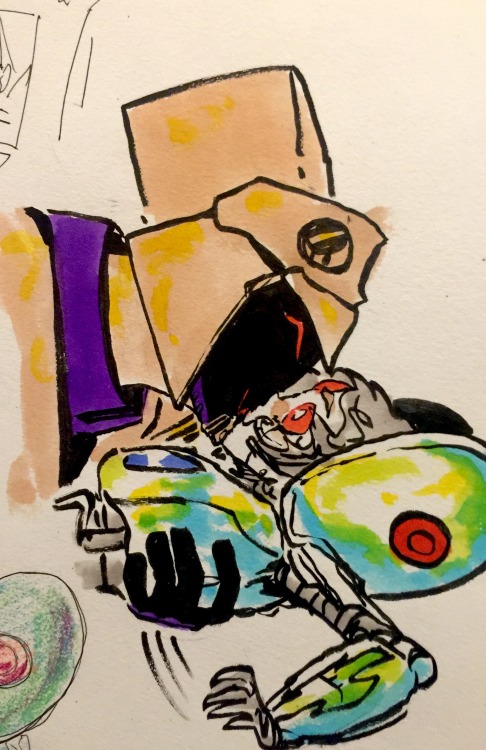 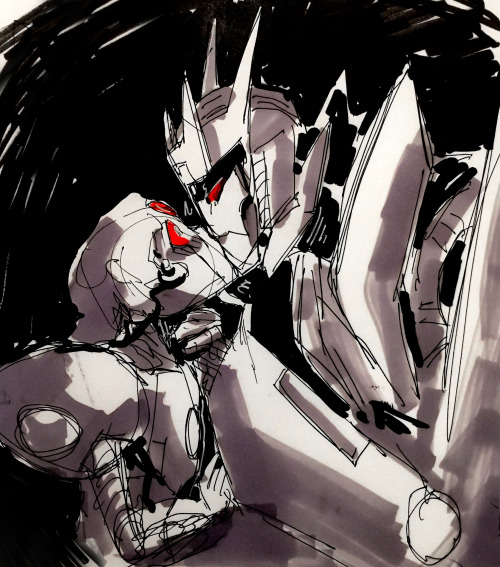 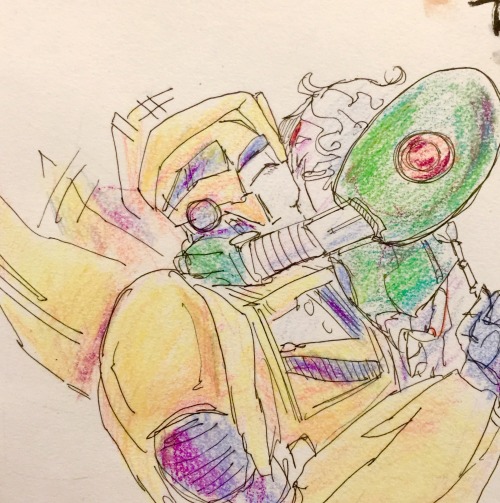 Makes a gay little web that pisses you off

Anyone else out there making tfs AUs of other properties? Like, “I’m gonna shove this story and these characters from a completely different franchise into a tfs setting, preferably as alien robots, because Fun”

If you do please talk at me about it. Can’t promise I’ll talk back all that much cause I get nasty social anxiety online but I can’t resist asking im just sitting here watching the xfiles and going nuts over robots 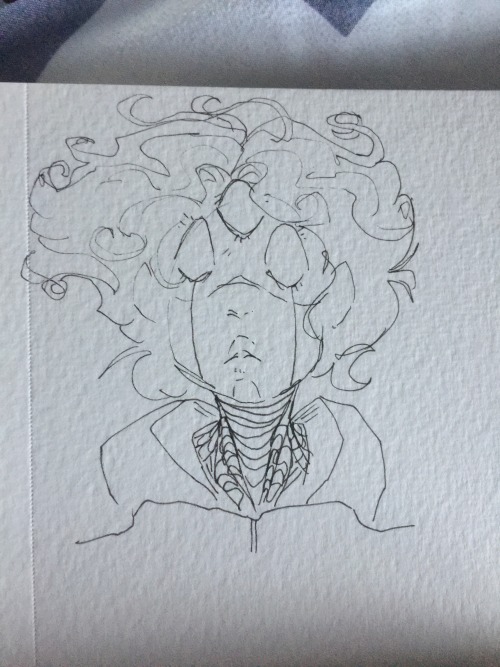 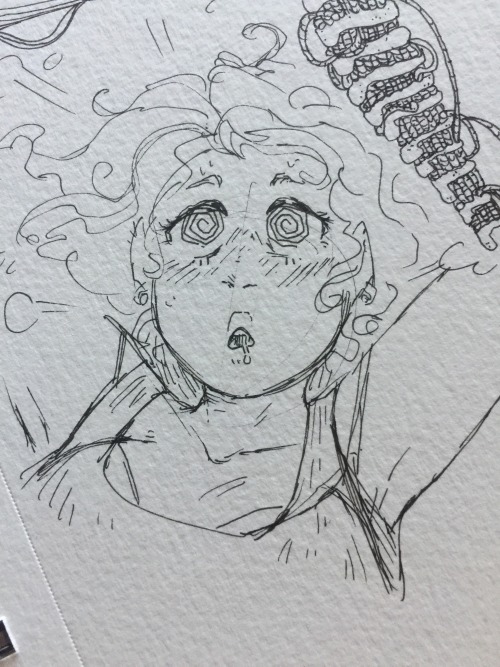 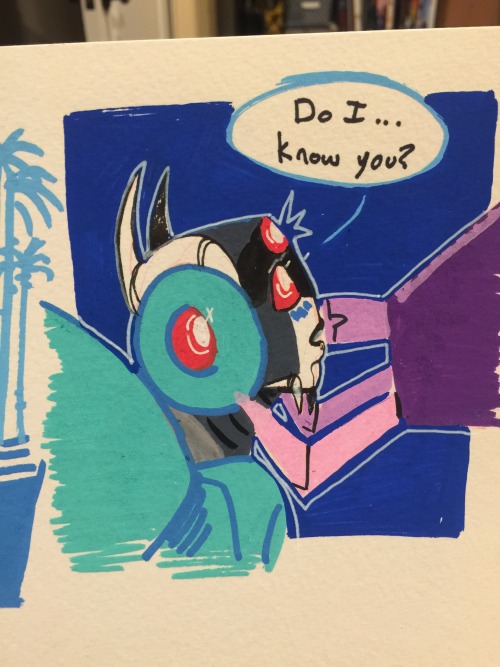 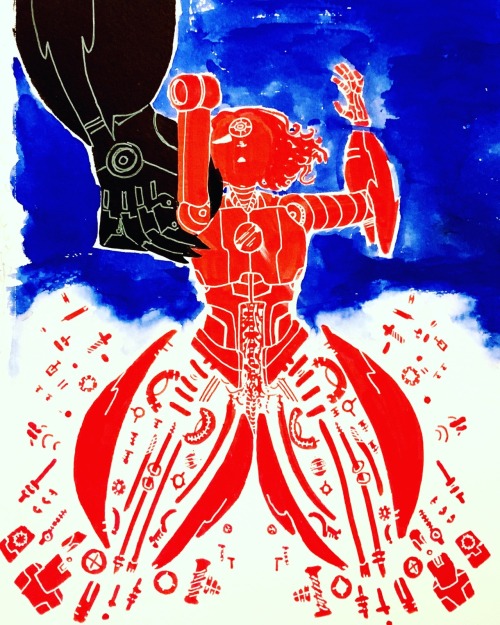 Bulkhead wears one of these and carries Razorwing, Bumblebee and Prowl around.

MegOP drabble because I want to: sleepy cuddles

After the third time Optimus woke to the merry chiming of his alarm, he conceded to it, knowing he couldn’t go back to recharge or risk Prowl breaking down his habsuite door to see if he’d been murdered. He was going to have to get up, but when he tried to shift, moving one of the recharge tarps off of his hips, an arm tightened around his middle, drawing him back into the middle of the berth. Megatron grumbled against his neck, still dead to the world, and pulled him closer to nuzzle at his helm.

The Prime wiggled again, this time to turn around in Megatron’s sure grip, and tangled their legs together, resting his forehelm against his sparkmate’s. He looked at his lover’s face, seeing it relaxed in sleep, the deep lines in his facial derma less severe, the set of his mouth more neutral instead of curled into a scowl.

Primus, he loved this mech—more than words could express, more than he could ever hope to convey to him. And now, with peace being built around them, he had Megatron, he got to go into recharge with him every night and refuel with him every morning. Optimus’s spark felt like it was about to burst, and he brushed his lips against Megatron’s in the lightest kiss he could imagine, wrapping his arms around that warm, grey chassis. Forget work, he could go in late.

This scene gives me mixed feelings…

Like it’s nice to see Megatron being so enraged at Unicron for causing Starscream’s death, but throughout the whole series he never really showed any signs of caring for him.

To me, that just makes this scene even more impactful, to know that deep down Starscream was kinda like his apprentice.

Blitzwing, barely feels it but plays along: Ouch! You got strong teeth sweetspark! Go easy on your old man!

Razorwing, knows that he’s just playing along but is still happy: *bites multiple times before tackling him happily*

For full size and requests: Patreon

Not in all cases, no. However, I am aware of one tragic tale where it was so. You may recall the tale of how John Henry and the Autobots sent the Astrotrain crashing to his doom. What you may not know is that Tidal Wave, a massive Decepticon, had been awaiting orders from Shockwave to enter the next phase of world domination. He waited nearly two decades without hearing from Shockwave, and finally decided to act on his own. Low on energy, he found his way towards the White Star naval firm, his energy-starved mind believing “white star” to be a sign from Shockwave. He disguised himself as a cruise liner, mass-shifting himself so large that his personal force field was unable to shield him properly. The rest is unfortunately history.

There is a small silver lining here: before shutting down in a cave, Bumblebee activated a skeleton crew to watch for Decepticon activity; among these were Seaspray and Seawatch, who managed to stow aboard Tidal Wave. During the fateful crash, they ferried many humans to safety. Their hearts of steel would go on for many years before returning to slumber.

Two more designs I made today! Both have been sold!
I’m really enjoying the glowy effect thing lmao;;;

So yeah I actually went and finished that Whirl sketch from the request! Really proud of it!

(ID: a digital drawing of the character whirl from the transformers, a blue and dark gray mech with a single yellow eye, giving off a happy expression. He has a helicopter cockpit with yellow glass as a chest and helicopter blades showing on one of his arms. Behind him are three pale yellow circles of different sizes.) 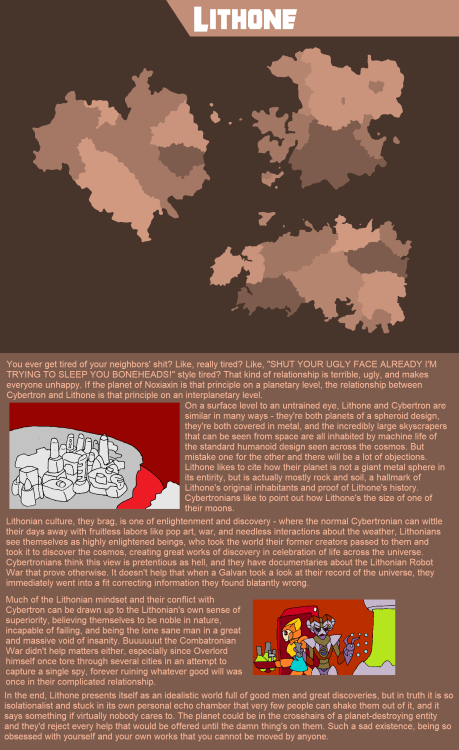