i stole this from tiktok, i just wanna drop my avatar hot takes 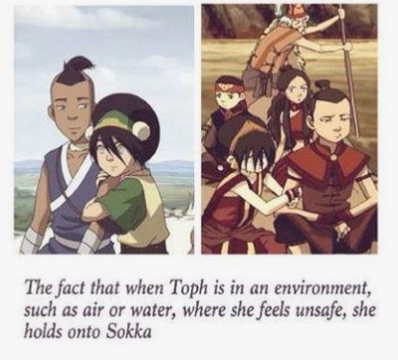 AU where Sokka doesn’t die and regularly takes Korra on “fieldtrips” so she can actually see the outside world.

The titular character in ATLA is one of the worst written characters on the show and as an actual character is not as good as a large part of the fandom likes to portray him. He is a character who remains stagnant throughout the show for the most part and who shows time and time again he is not above being selfish and doing what it takes to get what he wants. He is also shown being dismissive of his frineds.

The Southern Air Temple: In this episode we get two instances where Aang shows his true colors. The first is when we find out he used Katara and Sokka’s food to start their fire… How racist is that? Not to mention disrespectful of them. He should have at minimum asked them if he could use it but I truly believe he knew it was food and was telling them something and it’s not the first time we see him disrespect South Pole food. He does so later in the Bato episode. The second time we see this is when Sokka offers to play airball with Aang. Not only does Aang accept knowing Sokka has no way of being equal to him but he keeps hitting him and knocking him off time and time again and he never shows concern for his friend. A friend who has sacrificed his life at home to be there for him.

Jet: I will admit here that Katara dismissed Sokka’s concerns about Jet, but siblings are like that sometimes. But Aang should have trusted his friend over a stranger. He should have trusted the boy who left his home to help him learn how to be The Avatar, the boy who was there with him on this journey. But he also dismissed Sokka and didn’t believe him until it slapped him in the face.

Bato of the Water Tribe: This episode is another where we see Aang not be sunshine boi. He gets jealous when Katara and Sokka reuinite with someone they are close with, who they have not seen in more than two years. He acts like a petulant child and shows so much disrespect toward their culture and cuisine. Its disgusting and then, the most infamous scene of all, when he hides the letter from Sokka and Katara’s father. The father they have not seen in two years. And he does so until he gets found out. Which means he was never going to tell them about it.

By now you might bring up that this is early season stuff and not later in the show.

Bitter Work: We see Aang ignore the fact Sokka is wedged in the ground and cannot get out. He won’t get Toph who is the only person who can get the boy out and to make things worse he hangs out with Sokka and complains about the tough day he’s bad, while his friend is still stuck. Never once does he show actual concern fro the boy.

The Library/The Dessert: He blames Toph for losing Appa when she saved their lives AND tried to help Appa. But she was one girl, blind, who couldn’t see in the sand and still did her best. And what thanks does she get for it? None. What apology does she get after? None. Then in The Dessert we see Aang lash out at Katara. We see him snap at the person trying to keep everyone together and safe and he never apologizes to her either. He is also more than willing to kill creatures and other people (but is stopped by Katara before he can do the latter). This is the boy who claims he’s a pacifist monk who could never take another life.

The Western Air Temple: He refused to accept Zuko’s apology and welcome him in when he needed Zuko. He didn’t listen to Toph when she gave a valid reason why Zuko needed to be given a chance. This is someone who claims forgiveness but yet he doesn’t show it in this episode.

The Firebending Masters: Disguises an insult as a compliment to Zuko and does so like it’s nothing.

The Southern Raiders: He compares the loss of his pet to the loss of Katara’s mother. He tries to shame Katara. He calls her a murder with less words. He shoves his beliefs down her throat instead of supporting her. Then pats himself on the back when she comes back having spared the life of the man who killed her mother.

The Ember Island Players: We see more of Aang’s shittiness. Not only does he try to lay his claim on Katara by asking Zuko to move over, he kisses her without consent and never apologizes.Leading up to that he was mad at her and Zuko for things said in a play, that they had no influence over. This boy acted like they were already in a relationship and treated his friends like they were in the wrong, when they had no obligation to him if they were together or not (which they actually weren’t!).

Sozin’s Comet P1: Aang gets mad at all his friends for trying to help him. They tell him what he needs to do and he snaps at them because of it. He does this knowing he has to do what he has to do.

None of this sounds like the sweet innocent boy he claims to be, that the fandom claim him to be. This sounds like someone who is deeply possessive and selfish.

But that’s not where it ends. We see Aang’s selfishness in his refusal to bend his beliefs. He will put them and his own wants before the needs of the world. He does so in the very last episode (counting Sozin’s comet as one episode).He runs away from his friends and goes through four past Avatar’s advice and dismisses it all. He doesn’t want to hear that he needs to put others before himself.

So Aang starts the show running away. He ran away and because of it his people were killed. He ran away because he was too immature to face the truth and in the end he was still immature to face the truth. This after all the times he goofed off and refused to take things seriously. He had so much to learn in one summer and he spent most of that time being silly and childish. He spent a large part of it doing what he wanted instead of what the world needed.

And even at the end of the show, the comics show he still hadn’t grown much if at all. He was willing to kill Zuko. He cut off his connection to Roku while having a tantrum. He showed was inconsiderate of Katara’s feelings when he met the Air Acolytes which yet again shows who and what he will put first. Katara has to change his mind more than once by pointing out how certain decisions will effect THEM, or more importantly, HIM. And he was unwilling to move with the times and accept change. To the point he wanted to end some very good things for the people.

Then you have Legend of Korra. Which shows what happens when the selfish person gets what they want. Their true colors show more and they favor one kid over the others. Aang didn’t just favor Tenzin because he was the youngest. He favored his precious little Air Nomad and didn’t pass along his beliefs and customs to his other kids despite all of them being part Air Nomad, They all had him as a father. It wasn’t their fault they were born without airbending.

How these creators could not see the flaws in writing a titular character who doesn’t grow and develop. The self insert is one thing. But they made a grossly unlikable character remain the same in the legacy of both shows. This character shows racist, abusive behavior. He is shown to be selfish. He is shown to be childish despite being needed. He is shown to have more respect for his own culture than the culture of others. And he claims to be pacifist when it is very clear when angry or when it works for him, he can toss the pacifism out for the hell of it.

Oooops there’s a cover now! It’s crazy that people actually like this little thing I wrote for my friend’s birthday. I’m loving the process! 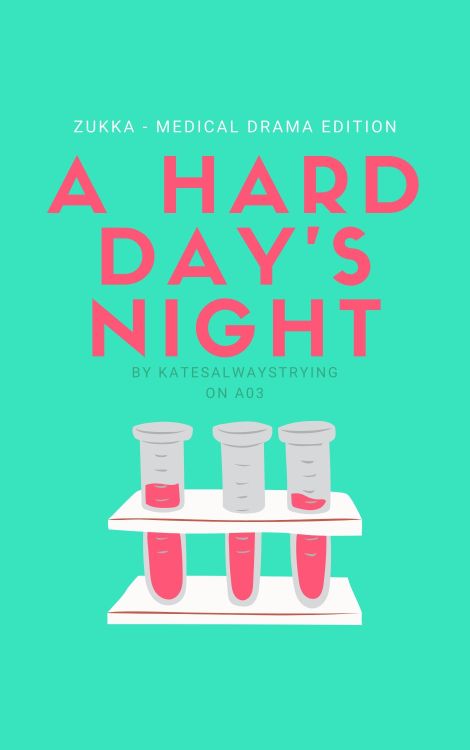 Katara and Sokka but they’re both wearing a qaspeq intead of whatever ATLA was having them wear in warmer weather.

*sequel to Lovers Among Us

a/n: sokka may be annoying and i may like to bully him incessantly but he really just loves his best friends so much. i am very much inspired by my own conversations with friends and if you are wondering what that is like, understand that i am a mix of sokka, katara, and y/n. also im really excited about the next part. also also enjoy this fluff now. 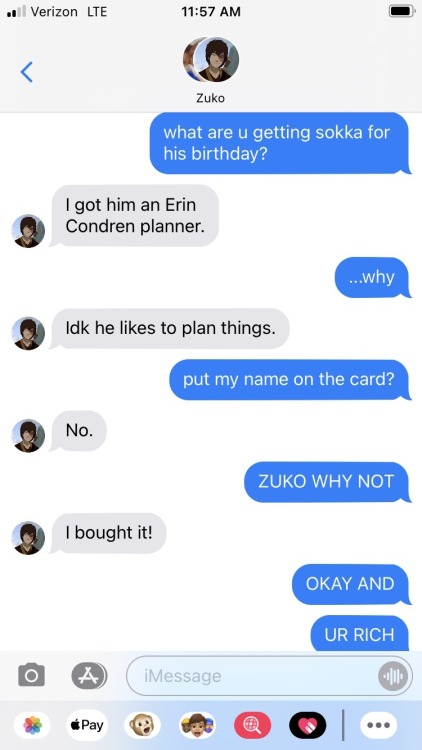 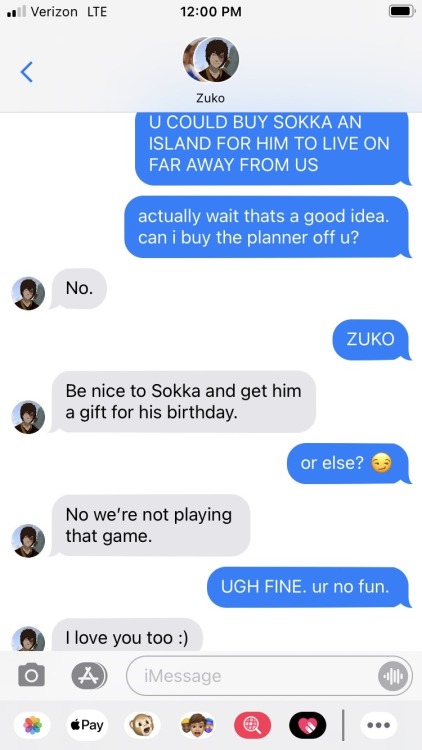 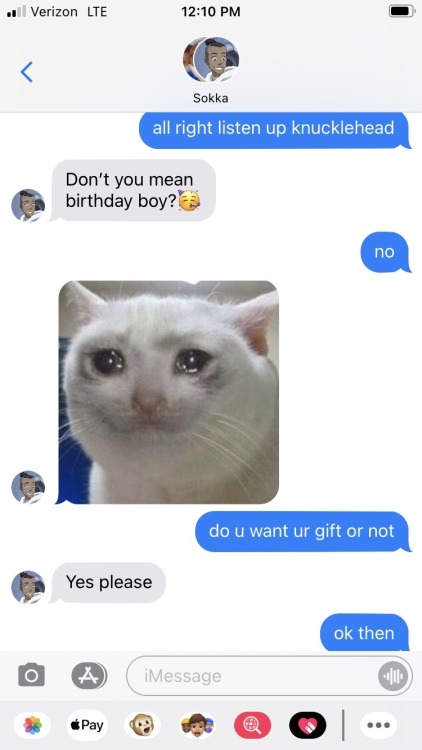 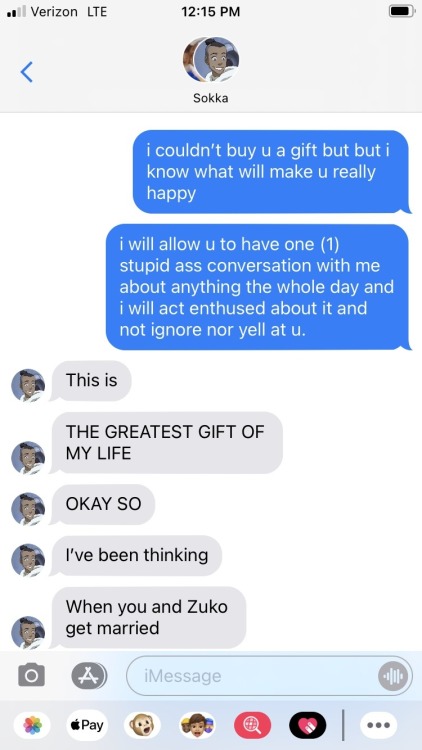 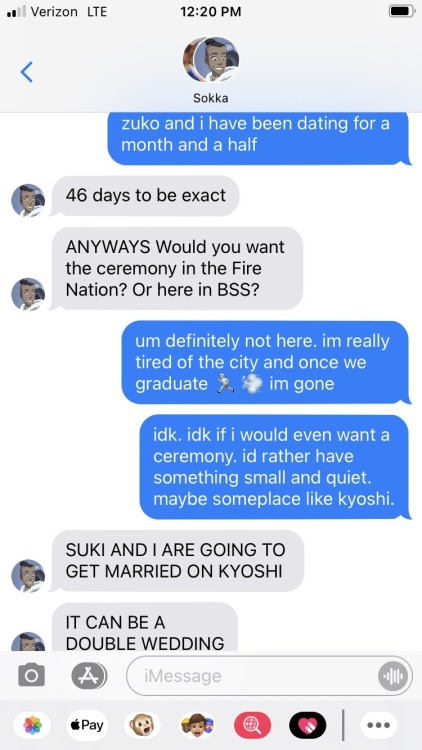 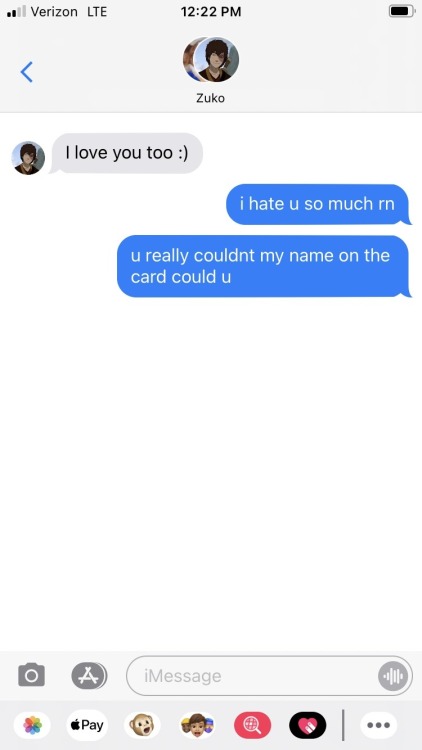 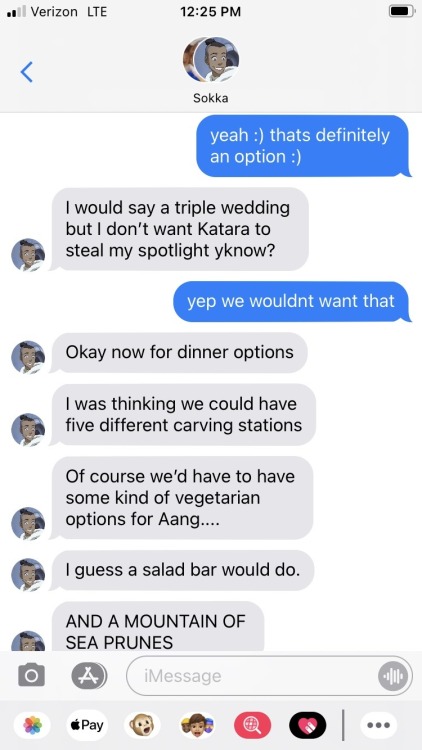 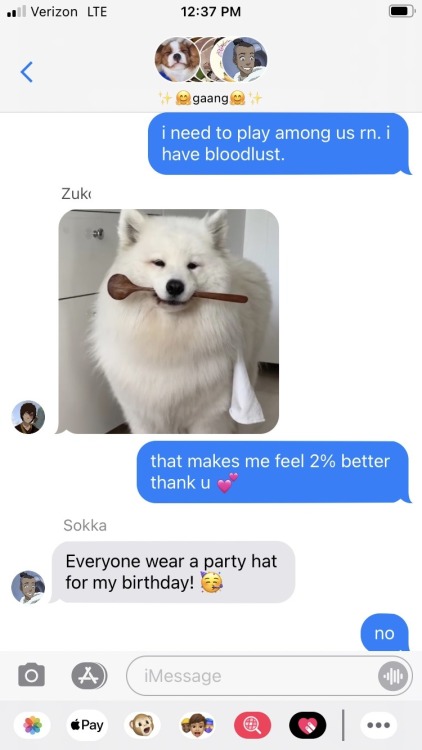 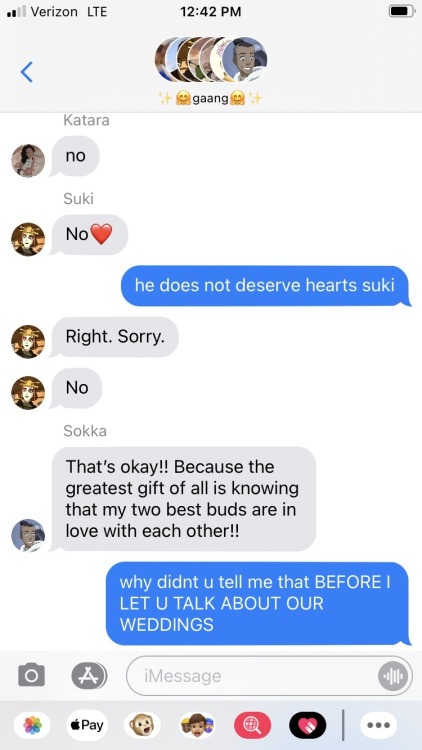 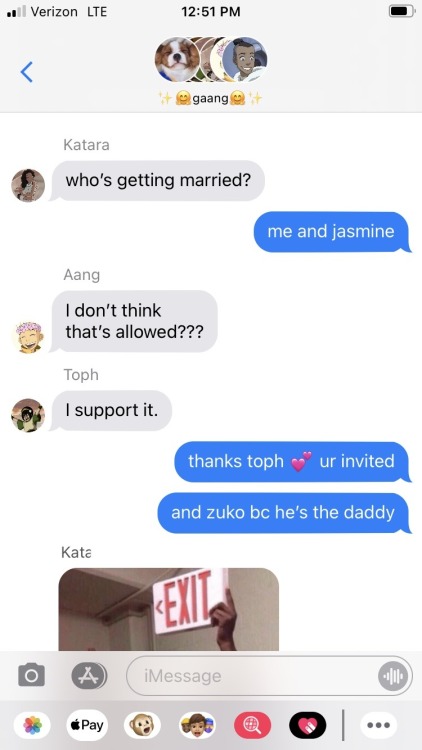 YAY, i was hoping someone would ask this! i have lots of ideas!

After another assassination attempt, the Firelord realized his legacy may not be as solid as he previously thought. His failure of a son, Zuko, may be the answer for his concerns and a way to keep the royal family secure. However, he forgot two things: One, Zuko is banned. And two, he didn’t specifically prohibit Watertribe savages to participate on his hunt to bring him back.

Toph: Did you tell anyone we’re dating?

Sokka: Yes, I have no self control and told everyone we’re dating

Toph: All right, no need to be sarcastic

Sokka: No really, I have no self control and told everyone we’re dating

#this is what i do when i'm bored at 2:30 in the morning okay look, #i could go to bed like a normal person or i could make bad memes, #which one do i choose it's not hard, #sokka, #sukka, #yukka, #zukka, #atla, #gifset, #atla shitpost, #this b has a queue
445 notes · See All
eatsricelikemedicineText

#I’m sorry, #zukka, #atla, #zuko, #sokka, #every time something vaguely Destiel happens my brain does the thing
23 notes · See All
Next Page