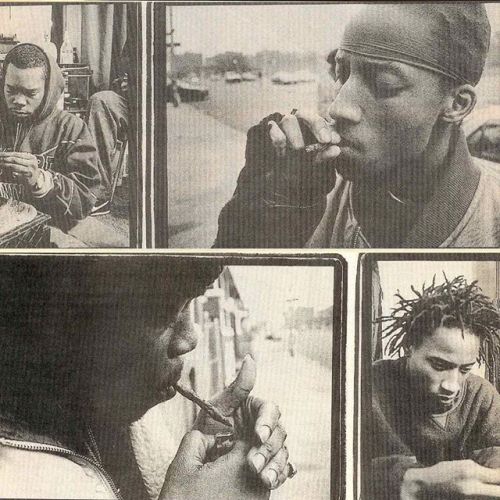 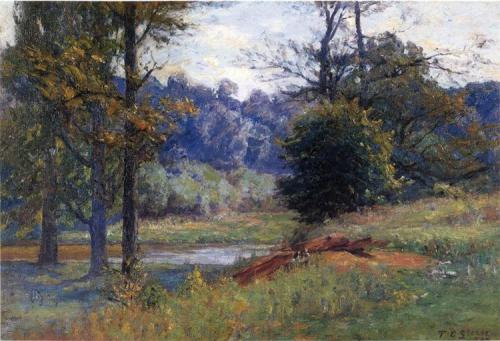 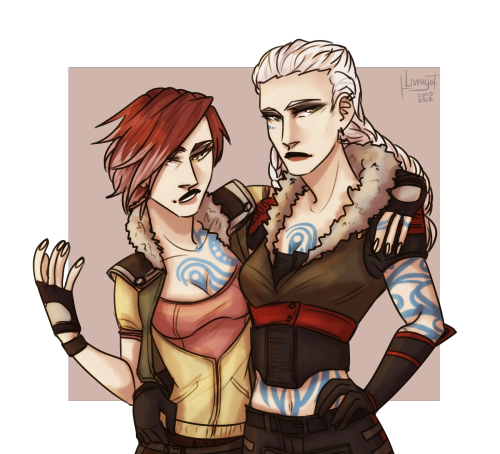 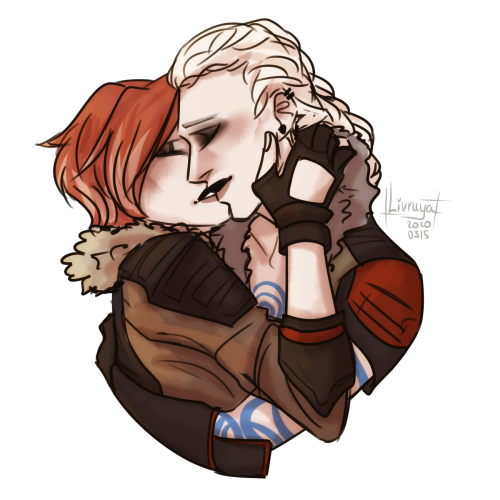 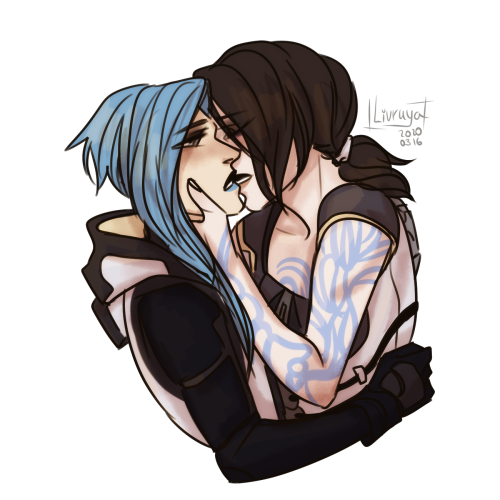 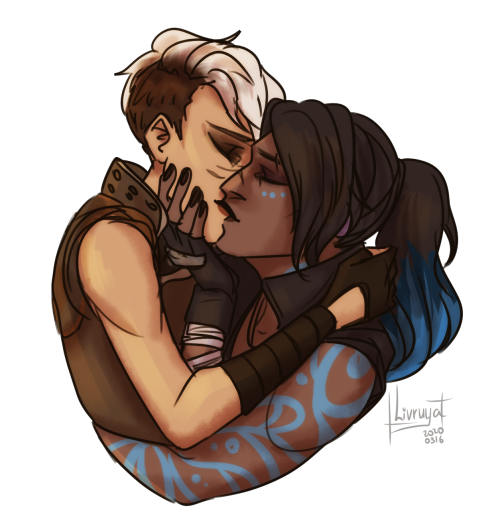 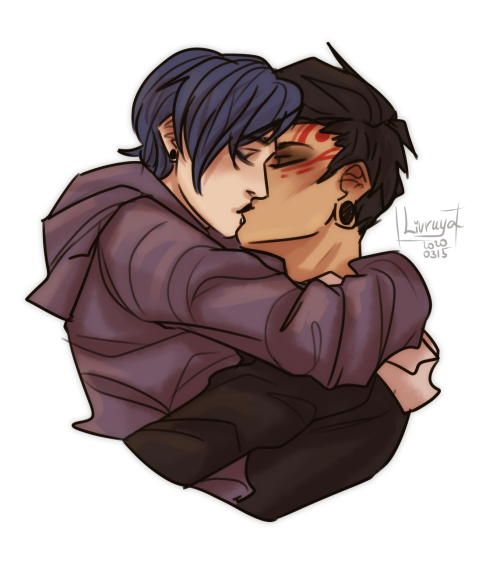 Had to reupload, sorry. 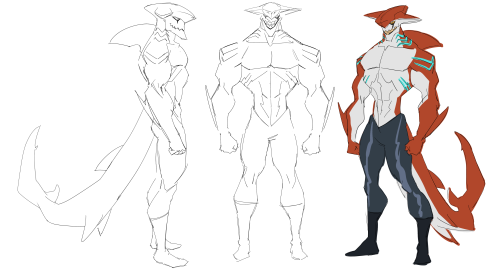 “When I was a pup I ate 4 dozen steaks in the morning to help me get large,
now I’m a dog I eat 5 dozen steaks, now I’m roughly the size of a barge!”

Combination of Gaston and Steele (Gaston from Beauty and the Beast, Steele from Balto).
I’ve been wanting to draw this for a while, better than pasting the head on the body. 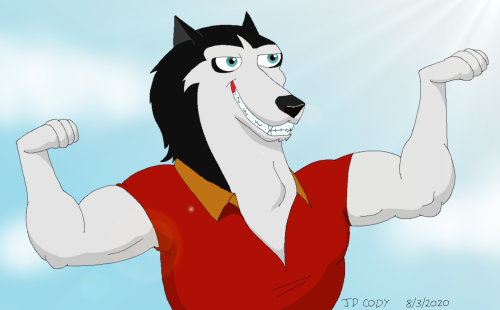 AKA that one movie I always wanted to see as a kid but ended up not actually viewing until I was an adult because my parents never got me the DVD. When they did actually start giving me Balto movies after asking for years, they gave me the sequels. In reverse order. I don’t know how they messed it up, but they did. I started out with Wings of Change knowing little to nothing about these characters except some bare bones I picked up on Balto Source.

But that’s a story for another day. Because I intend on actually reviewing this trilogy in order, unlike some of my other reviews (sorry for that). So, let’s have a look at the animated adaptation of the story of the Serum Run to Nome! This is Balto.

The story is through flashback by an old lady, revealing that this story takes place in 1925′s Nome, Alaska. We follow a wolfdog named Balto, who wants nothing more than to belong in the town and be a sled dog. His only true friends are Boris, a Russian goose that raised him, and two young polar bear cubs called Muk and Luk. Balto has a desperate crush on a pureblood husky named Jenna, but is constantly stopped by Steele, a hotshot Malamute and leader of the dog team. When a diphtheria outbreak occurs among the children of Nome, including Jenna’s owner, and the medicine, which is being brought towards the town by dogsled, is lost, Balto sets out with his friends and will have to face his wolf heritage in order to save the children.

It is definitely an… interesting adaptation of the Serum Run events. Okay, so, first some facts: The real race wasn’t just ran by one team of sled dogs. It was a relay. Balto was a husky, not a wolfdog, and he and his team only ran the last (and not a very long) part of the relay. The biggest part of the journey was ran by the dog Togo, his team and his musher Seppala, who were largely forgotten until some recent adaptations of the events. So, if you wanted an accurate adaptation of the Serum Run, I wouldn’t go looking here. However, for a family film, it does its job well. Despite the events being mostly fictional, it’s an enjoyable and accessible adaptation of the story. We get to see an (literal) underdog find his place among his peers and save the day, which is a bit of an overdone but still enjoyable executed plot. I’ll give the plot a pass.

The characters are mixed. I know a lot of people love Balto with all their hearts, but damn, I never could get into this character. I always thought he was just too generic and bland to really stand out from every other underdog we’ve seen before. He’s just nice and caring and has a pure heart, but there isn’t really any flaw I see in him, if that makes sense? He’s just Good Guy Underdog Hero who Gets The Girl and Saves The Day. I’m not saying Balto is a horribly-written character or anything, but I really want more out of my main character than “generic do-gooder”. His inner conflict about being a wolf or a dog is interesting, but that’s really where my care for his character stops. Jenna, his love interest, is admirably pointless. First of all, she’s the only major female character in the film. There’s Rosie, who basically just lays in bed and almost dies, and Jenna’s two friends, who serve no purpose but to gossip and fawn over Steele. But that’s it. And, for a major female character and love interest, she has very little to her as well. She loves her owner and cries a lot over her, but she doesn’t do much else. I mean, I’m glad she actually took initiative and went after Balto and attacked the bear at one point, but after that she gets dumped out of the plot for nearly the rest of the movie aside from some small scene. We don’t get to see a whole lot of her personality, and most of it we do get is just generic love interest material. So, yeah, for our two heroes, it really isn’t looking too grand. How do the others hold up? Boris I really do like. He’s this jerk-with-a-heart-of-gold character and constantly supportive of Balto. He never overstayed his welcome and had some good moments. Then there’s Muk and Luk… and boy, are they pointless. They are literally just there for comic relief. Nothing they really do furthers the plot outside of save Balto one time, which could’ve been done in a different way. Their only subplot is learning to swim… which nobody cares about. The trio sidekicks of Steele are pretty meh, too. We’ve got Star, Kaltag and Nikki. Their shtick is talking over one another a lot and Star constantly gets hit in some way or another. Honestly, I don’t think they add a lot, either. Star at least has some lines where he questions Steele but aside from that I don’t get it. They could’ve written some more impactful sidekick characters and left Muk and Luk out altogether. Then, of course, there’s our Big Bad, Steele. He constantly one-ups Balto, gets all the glory, loves power and attention and nothing more, etc. Honestly, as a villain, he’s fine. He’s absolutely depraved when we see he’d rather see children die than give up his leading position. There isn’t a whole lot to him, but, honestly, he is enough if you ask me. Everything from how he’s animated to his voice work to how far he is willing to go is enough for him to be quite the stand-out villain. I just think he should’ve died or something at the end. Being cast out of the dog society for what he did was by far not enough of a punishment. And he’s never seen in any of the sequels, either, so he doesn’t get his comeuppance/redemption (geez, I hope not) there, either. Bottom line: characters are mostly lacking/too much comic relief, but Boris and the main villain are fine.

The pacing in this film is quite good. I did always think that we went back and forth between Nome and the sled team a bit too much, but honestly, it’s not that big a problem. It’s decent.

The animation is nothing short of breathtaking. It’s very smooth, has good expressions and mostly realistic movements. I particularly like how they animate fur and the weight of it, for whatever reason. Also, big props for how they tackled Steele. You can watch this movie and just by his design and especially his movements alone pick him out as the most stand-out animated character. He just oozes villainy. It just looks really nice, and, had Amblimation continued to exist, I’d have loved to see more of their work, had their studio not closed.

The rest of the visuals are really solid, too. The character designs I always liked. Well, mostly. Balto’s design (though I for the life of me don’t get why he doesn’t look like the real dog) is really nice, Jenna looks mostly good, Steele in particular is well-designed. Boris looks fine, too. Honestly, my only complaints would maybe be some of the background dogs? Like, I can’t really pick out any of their breeds. Supposedly they’re huskies, yet they are far more resembling of unusually-colored Malamutes, if anything. Also, Steele does look more like a husky than a Malamute. I literally thought he was one until like half a year ago when I started browsing the wiki. He just looks too thin and long-muzzled to be one, if you ask me. Also: blue eyes. Muk and Luk look fine of themselves but honestly, in comparison to the more semi-realistic looking bear we later encounter, I feel like they should look a bit different? The designs just don’t look like they really belong in the same universe.

The backgrounds look beautiful and really make me wish to explore Alaska (I mean, I already did, but now even more). I really like the use of color as well, with Nome radiating more warm tones than the cold surroundings the sled dogs have to traverse. Also, great lighting and use of color palettes on the bear scene.

The voice acting is good. Standout performances to me where Bob Hoskins as Boris and Jim Cummings as Steele.

The music was also nice. Nothing particularly memorable, but good enough.

Finally, I think I’d like to address something that did slightly bother me (the adaptational changes aside), which is Jenna’s leg injury being inconsistent. She gets it during the bear fight, and for a few shots you can see her trying not to put too much weight on her leg. Yet, when Balto is trapped under the ice, you can see her run on it at full pelt and even use it to “dig” at the ice, like nothing bothers it. Yet, when Balto is safe, suddenly she can’t lean on it anymore. Like, have a little consistency? At least have her limp on the ice or something.

I had mixed opinions on Balto when I first saw it a few years back and still do. While it has some things going for it, such as a well-executed villain and visuals, the characters are ultimately a bit lacking and the humor just too funny outside of some scenes with Boris.

Don’t get me wrong, it’s by no means a bad movie, but I wish I could like it as much as a lot of other people do. Maybe it really is just the fact that I didn’t grow up with this one, unlike the sequels, but I never could get quite into it as much as others. I do appreciate it for its animation above anything else, but do not see it in the same regard as a lot of people I know.

I still recommend you check this one out, though! There’s bound to be something you like, and I honestly don’t think the points I brought up against it don’t bother a lot of people! Remember, these are just my movie thoughts! Now… for the sequels… we’ll get to that later…

i wish to be johnny joestar somedays