“Shoplifting” sounds like it’s one of those dumb corporate euphemisms bosses use to try and hide the fact that employees are doing menial labor.

#working 9 to 5, #what a way to make a living, #barely getting by, #it's all taking and no giving, #they just use your mind, #and they never give you credit, #it's enough to drive you crazy if you let it, #bossman, #capitalism, #corporations, #sales associate, #package help, #shoplifting, #euphemism, #minimum wage, #wage slave, #walmart
7 notes · See All
puronatorVideo

George Carlin bits in which he describes the sterilization of the American language. American-English is loaded with euphemism. Americans have problems dealing with reality, Americans have trouble facing the truth so they invented this kind of soft language to protect them self from it. And it gets worst with every generation.

#dungeons and dragons, #dumbasses and dragonborns, #d&d, #da&db, #euphemism, #you know, #;), #it seems the warlock thinks he's a bard
3 notes · See All
thedevilsdicText

1. (feminist 4chan) A TERF, but see below. 2. (normal people) A bisexual woman who happens to be phallophobic.  3. (rare sense) A dyke who happens to not be a TERF.

A phallophobic woman. Unlike the self-identified asexual, who finds sexual satiety in assembling together fictional personages like a playmate dolls eugenicist, the lesbian finds male entitlement to straight women offensive in much the same way two competing species find the other a bitter rival for hunting grounds.

The #1 trick that corrupt politicians and tyrants use to perform “real life mind control” is euphemism. This is when you use a different word that sounds nice to mean something that is not so nice. (”That wasn’t falling, it was flying with style”.)

Most people are familiar with sexual euphemism. However, it can be used to disguise anything unpalatable as something good.

It is basically lying.

Here are a few examples from politics:

shaming & torture of social “undesirables” until they conform or commit suicide

economical with the truth

prone to lying and censorship

the john to a prostitute, but somebody else pays

having sex with a stranger in a park

These are three historically significant ideals on how to run a nation. (They were the three big ideals that conflicted in World War II.)

Socialism wants everything to be rationed out so that everybody can live comfortably. People may or may not be given an opportunity to qualify for a larger share. This requires a strong central government.

Capitalism wants everybody to have a fair chance to earn whatever they work for. This pressures the government to butt out.

The problem is that both systems turn out the same way, because the same corrupt people run them. They become a mirage - the illusion of a socialism or a capitalism, beneath which are the same reality of bigwigs taking everything for themselves and leaving everybody else to die from starvation and illness.

The goal of these parasites is to take full control of society. They want to control who lives and who dies, what right is and what wrong is, what beautiful is and what ugly is, and so forth and so on. They want the whole damn nation to be one big ad for themselves, their products, and their hateful delusions.

This total control of society is called fascism (though this implies a lone dictator like Hitler or Mussolini) and it is basically modern-day monarchy.

The United States is currently in a war between capitalist and fascist ideals, with a drop of socialism here and there, and its future is worrisome.

Why we are not a capitalism

One of the foundations of capitalism is competition.

A proper capitalism allows a new business to start up and offers them the opportunity to compete with the businesses already there. They will not necessarily succeed, but they are given a fair shot.

This is vital because the more competitors there are, the less likely any of them can get away with bullshit, because their customers will go elsewhere. They are much obliged to play fair. They are heavily pressured to innovate the industry so that they can reduce costs and thus store prices to out-perform their competition, while also potentially advancing technology and human civilization in the process.

Big corporations use all kinds of underhanded tactics and schemes to snuff out competition. Some of these are legal, but blatantly unethical. Others are actually illegal, but they are never held accountable as the government is just as corrupt as they are.

Major ISPs work as a cartel; they have an illegal agreement between them not to step into each other’s territory. They have mapped out the entire United States and each of them takes one part of it. This means that, while there are several major ISPs in the US as a whole, any given location within the US only has access to one. Thus, they can be as tyrannical as they like, you can’t take your business elsewhere.

ISPs are also working hard to legalize doctoring traffic. If another smaller ISP tries to start up, the existing ISPs want it to be legal for them to stop their users from going to that other ISP’s web page to look at their offers. They could even take deals from companies to stop you from going to rivals’ web pages or downloading any of their software.

ISPs want to be able to slow down traffic to a web site and then charge that site to un-block it, like bandits blocking a public road and charging tolls.

This is the very most extreme opposite of competition, and it is extremely anti-capitalist.

And, since the Internet is the foundation of all modern society, and thus controlling it is controlling society, it is quite arguably fascist.

They want you to call this miserable mess “capitalism” (which it isn’t) so that you come to hate capitalism. Then you’ll flock to socialism, its perceived exact opposite. You’ll actually get fascism again, except this time it’s dressed up as socialism.

Your kids, who are not wise to this trick, will grow to hate socialism, and flock back to capitalism. Guess what happens then? That’s right, they’ll get fascism again, dressed as capitalism, just like they did to you.

Stop letting liars trick you into calling things what they aren’t and leading you around in circles.

Cut through the lies.

Stab the fucking monster in the heart and solve the real problem.

“Those who don’t return become a part of the clouds, a part of the animals that hide in the ravines and of the water that comes from the earth.”

“Grandma got ran over by a Reindeer” is a euphemism they told the kids when she died of a DUI accident while driving home after too much spiked eggnog.

“Man, it’s cold enough out there to freeze the juice in your hummingbird feeder!”

oh yeah, euphemisms.. and this is how they call children with a phisical or mental disability in russia today.. “special children” lol. as if trying to convince themselves. but you miss one thing - all children are special, oh, I mean not special. just call things by their names - disabled children. to be disabled is not ashamed.. people take life too seriously and so afraid of hurting someone’s feelings nowadays.

you were a terrific, smart, strong person, old fuck Georgie. who taught how to think critically. and I respect and love you so much. you still live with us, brilliant man, in your work. your humor makes us better.

I need him at the kitchen table for philosophical conversations. he was cynical and rude on stage, but a very kind, real human being inside. pity there is no Russian translation of his books, I think I still don’t know so much about him. I know he never took a stand politically, but look, he noticed this back in 1999 that liberals love to label and divide ¯\_(ツ)_/¯ and many other things..

This just in, Dumbledore is a top.

I am at the bowling alley

To our chess euphemism.

What about playing chess in the rain?

What about I am the game of chess

And you are the rain pouring in?

I am dreaming of you storming in

With wind so powerful

I am pressed against the wall.

And you fall for it,

Thundering after down the hall.

You send your lightning

Through the floor boards.

I am zapped + stopped in my tracks.

You are booming over me,

I am sopping wet. 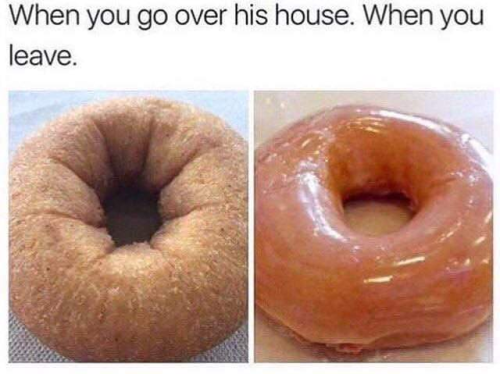 #i have no words, #meme, #image not mine, #ummmm yeah, #euphemism, #adults understand this, #mytiddleywinksbesquishy
5 notes · See All
asexual-anti-nihilistText

Petition to make “horizontal gene transfer” one of those weird euphemisms for sex. 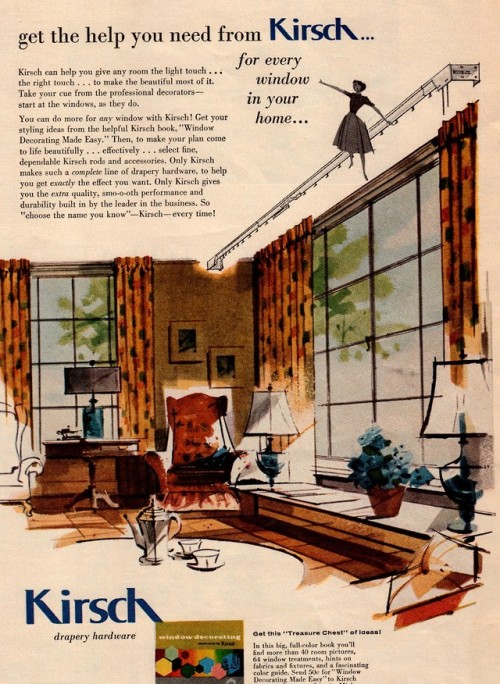 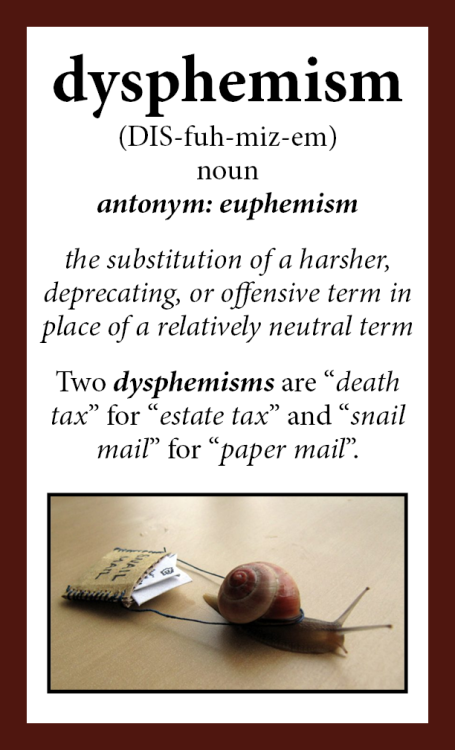 A euphemism /ˈjuːfəmɪzəm/ is an innocuous word or expression used in place of one that may be found offensive or suggest something unpleasant.[1] Some euphemisms are intended to amuse, while others use bland, inoffensive terms for concepts that the user wishes to downplay. Euphemisms may be used to mask profanity or refer to taboo topics such as disability, sex, excretion, or death in a polite way

tumblr has a really fast euphemism treadmill going on

Omg these two are legit Wynhaught. I love it!! Melanie is on fire 😆😉