to love you enough

to stand not being enough

If you love Sawyer&Juliet (Lost) and you want reblog or like,this is the link of my reblog couples :) 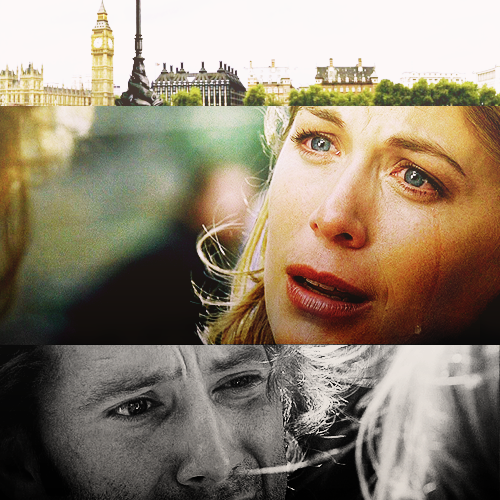 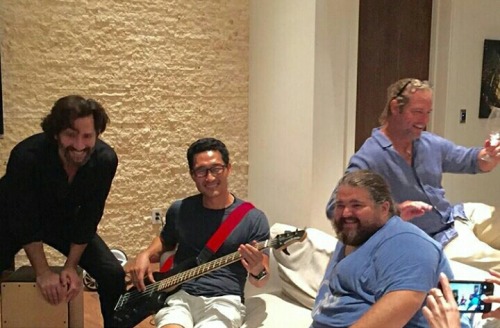 is it just me or every time you think of talking about your problems with someone, something happens in their life that makes you feel like your problems aren’t important enough so you just go back to being sad in isolation, again?

This was a quick poem I wrote when I felt inspired to do so. I wanted to express how Depression has affected me personally, and what it feels like in my own mind.

Obviously Depression hits everyone differently, but I hope that you can find some comfort in it regardless.

from the outside you see me still

from the inside none of you are here

the shrill sound of a voice

breaks me out of my stupor

back to the World

in which i exist, i had no choice.

lest they think you’re as useless

as you do. How self-entitled

to believe you can just dissapear.

A respite from reality

I still think I can get better

Though my heart aches

for the excitement of fiction

and the monotony of life scrapes

against me, endless friction.

It doesn’t matter what happens

To me or otherwise

as swift as the passing of breeze

It hard to find meaning

In the daily menial

Until I find you again.

This life has more to gain

My sadness will not have been lain

My happiness no longer feigned.

It will be okay.

Maybe I’m searching for the old me…

I loved, and I loved and I lost you

How can I say this without breaking?

How can I say this without taking over?

How can I put it down into words?

When it’s almost too much for my soul alone…

“the notion that i am simply viewed as plastic, instead of skin and bone, has been verified. to be objectified in your most vulnerable state, i surrender my chastity belt. what a harsh reality it is to be a woman.”

If it feels like I’m always at my worst…

…maybe I should just accept that I’m the problem…

You promised me it would get Better.. you promised me I’d be okay again.. I’d feel sane again some day.. I’d be happy again..but I’m so fucking numb I can’t even feel my will to live.. I can’t fucking feel anything anymore..

I finally picked out a new name for me! Since my birth name doesn’t fit me wholly any more😅

I chose Quillen! With that, I combineded my two names together and got Quilli. Quillie? Not sure how to spell it yet.

I want to make everybody call me that and not just one sister. But that means coming out to my whole transphobic family and school.

I know someone who goes to my school and they have different pronouns compared to their body (he/him). So if he can do it——then I can too🤔😠🤘

But if I come out at school, my other sister will know and then the rest of the family😕

And if I do come out(at school), I have no idea on where to start.

PS: how do I comment on with this blog? I tried commenting to someone but it used the blog that I first created….

Too Fast, Too Soon

You thought you were starting from scratch and I thought I was starting from experience. But we live in a generation of not being in love and not being together, but we sure make it feel like we’re together because we’re scared to see each other with someone else. We spoke to each other in words, but I looked at you with feelings. And then it hit me out of no where, This sudden overwhelming feeling of sadness rushes over me. I feel discouraged, sad and hurt, Then I feel numb once again. I caught myself wondering were we stood but by doing that I realized just exactly where we stood. Because someone who truly appreciates you wouldn’t have you questioning who you are in their life. My point is, there are a lot of people in the world. No one ever sees everything the same way you do, it just doesn’t happen that way. So when you find one person who gets a couple things, especially if they’re important ones, you might as well hold on to them. Maybe it was because I was trying so damn hard that things didn’t fall into place like I wanted. Maybe everything was pointless, we should have stayed strangers.. You were interested and inconsistent, you were lonely so you pretended to love me. Which caused the days to drag heavily on our backs. It’s time to put those days down. And just because we carried it well didn’t mean it wasn’t breaking our backs. Then one day when the cold echo of our cracking backs shakes our souls core thats when you realized you had to lose yourself to find yourself and with that I hoped you could be happy, you got everything you wanted, but why couldn’t you be honest? Now here I am talking to myself in the mirror just repeating myself and getting no where, And there you are. It’s ok. You just forgot who you were. Welcome back..

@changingthecolors thank you so much for the ask!! I love Kate so let’s do this!

So I’ve actually headcannoned Kate as bi for awhile now! Idk, I’m not a huge fan of all the talk of “bi energy” as it made me feel kind of insecure as a bi person for a bit … but like, if there is bi energy, Kate radiates it. Leather jackets, the biceps, the just general interactions with women … also I like her a lot and I have a nasty habit of projecting indiscriminately onto characters I’m a fan of *shrugs*.

Anyhow, I’m not a diehard Clare/Kate shipper, but given how Kate’s story arc in season 5/6 revolved around finding Claire, and how things ended up in the finale … I mean it’s basically canon in my mind that something happened after they left the island.

This one’s definitely less interesting than the last, I view Kate as just straight up cis. Not even any deep reason

First of all I feel like it’s bascially canon that Kate is mentally ill to begin with … I mean, aren’t most people in this show? but since it’s never explicitly stated, I guess I picture Kate as struggling with depressive episodes at intervals throughout her life … also not to piggyback but I saw a hc a bit ago (I think it was @simptasia?) who said she saw Kate is bipolar, and I could definitely get on board with that as well.

oh boy! I actually started thinking about this one and realized I don’t really have a ton of headcannons for Kate’s pre-island younger life. I’d say

1) my biggest headcannon involving Kate is that she and Sawyer stay close friends for the rest of their lives post-finale. They never get into anything resembling a romantic relationship again, but are always there for each other. I think kate and Sawyer are really very similar people deep down. I’ve always thought that the Kate/Sawyer relationship was only going to work before they each started getting over their deep-seated shit. It was only when they got with Jack and Juliet respectively that they were able to improve themselves instead of bonding over shared emotional issues.

2) I don’t honestly know why I see this?? But I see Kate as knowing how to skateboard. Not as much in her adult years but as a kid/teen she was definitely a skater girl

3) I feel like post island, after she no longer had to be constantly on the run … Kate could really show off her style?? Like the girl served some l o o k s during the show’s run and there was a whole lot of shit going on. I like to think that Kate takes pride in dressing herself and cultivating her own personal style. Now I’m just imagining her and Miles shopping together, maybe dragging Claire along… who knows???

Anyway that was fun! Thanks for the ask!

i just realized i’m turning into my mother

not the violent part, but the short tempered part and i’m so mad
that’s not who i want to be
my little sister deserves better
i apologized to her and i’m going to try harder
i will not turn into my mother
i can’t be that person
i need to be better
if not for me, then for my sister
she deserves the world
and someone she can look up to
i want her to have someone to trust
i don’t want her to have the same fear of me as she does for our mom
i want to be that safe place for her
i want to be that person she loves and admires
bc i love her more than anything and i want to look out for her