Without atmosphere a painting is nothing.

#its love and support rembrandt hours but thats like all the time here, #the warriors, #the warriors 1979, #rembrandt
2 notes · See All
misfitnextdoorPhoto 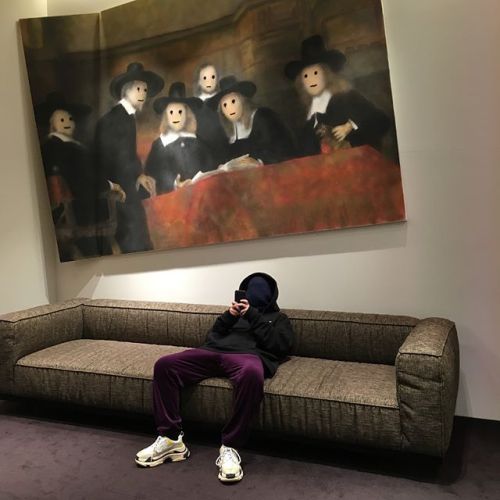 The Jewish Bride (Dutch: Het Joodse bruidje) is a painting by Rembrandt, painted around 1665‒1669.

The painting gained its current name in the early 19th century, when an Amsterdam art collector identified the subject as that of a Jewish father bestowing a necklace upon his daughter on her wedding day. This interpretation is no longer accepted, and the identity of the couple is uncertain. The ambiguity is heightened by the lack of anecdotal context, leaving only the central universal theme, that of a couple joined in love. Speculative suggestions as to the couple’s identity have ranged from Rembrandt’s son Titus and his bride, or Amsterdam poet Miguel de Barrios and his wife. Also considered are several couples from the Old Testament, including Abraham and Sarah, Boaz and Ruth, or Isaac and Rebekah, which is supported by a drawing by the artist several years prior.

While technical evidence suggests that Rembrandt initially envisioned a larger and more elaborate composition, the placement of his signature at lower left indicates that its current dimensions are not significantly different from those at the time of its completion. According to Rembrandt biographer Christopher White, the completed composition is “one of the greatest expressions of the tender fusion of spiritual and physical love in the history of painting.”

The painting is in the permanent collection of the Rijksmuseum Amsterdam. 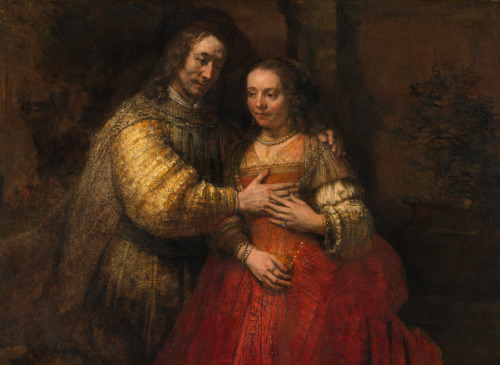 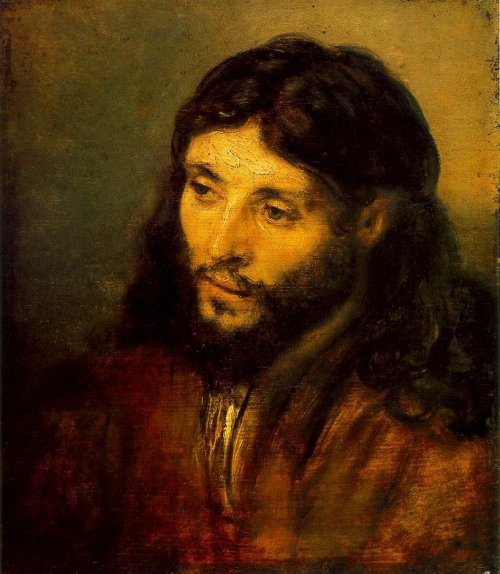 “Dutch painter Rembrandt van Rijn was a very sad artist. Only in the beginning had he an easy life, then it went hard,and he did not paint laughing people in his maturity.”(Maxim Kantor, a Russian painter,writer, and essayist, in his book 'Thistle. Philosophy of Oil Painting' )

Hendrickje was a black-eyed small young lady,graceful and a little bit plump,attracting the attention of Rembrandt. She was two times younger the artist,famous all over Holland as the ‘Apelles of Amsterdam’, whom Hendrickje was going to serve.

According to art historian Melissa Ricketts:

“Hendrickje was a modest common servant who became a lover of Rembrandt. She was a model for Rembrandt’s drawings and some paintings, for instance, for his 'Woman in Bed’. His artworks demonstrated sexuality of the model and the artist was evidently fascinated by her,depicting the details of her young flesh. Rembrandt had never hidden his relations with Geertje from Hendrickje,and she had never been boring and quarrelsome.”

She also posed as a model for one of his most valuable paintings,Bathsheba.

She had been ignoring the rumors behind her back for a long time. The neighbors called her a prostitute and a fallen woman because of her relations with the artist. By 1654, the couple had faced a serious problem. Hendrickje became pregnant at the beginning of the year, and in June her pregnancy became noticeable; Hendrickje and Rembrandt were summoned to the Church council. The charge of the Church council was “that she had committed the acts of a whore with Rembrandt the painter”. She admitted this and was banned from receiving communion. The verdict of the Church was that the woman had to be convicted of sin and quit her illegal relations with Rembrandt.

Hendrickje Stoffels died in 1663 at the age of 38; she devoted 15 years of her life to Rembrandt. The painter buried her and outlived this lover of him as well. Just mind it when you are looking at his late self-portraits with the face of a hard bitten and experienced old man who loved and suffered a lot. 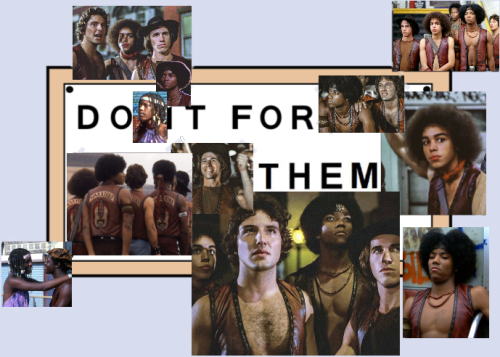 #these are just my personal favs, #the warriors, #the warriors 1979, #rembrandt, #snow, #vermin, #cowboy, #cochise, #okay but lincoln and cleon were the power couple we deserved
3 notes · See All
laglorianaText

Rainy days were made for museums 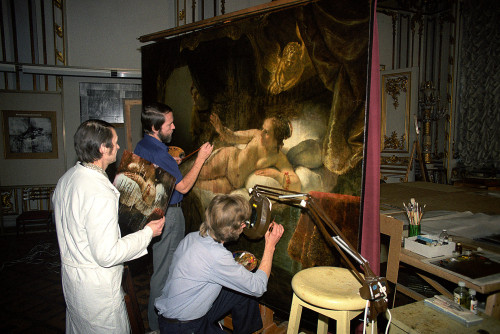 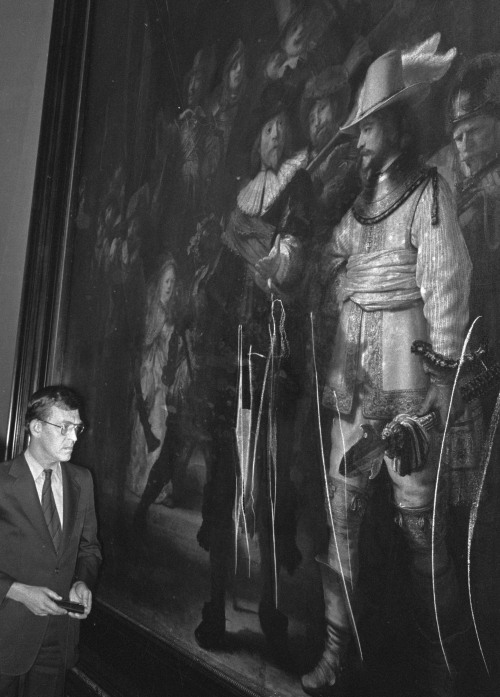 ‘Disenchantments of the World’ displays a series of underwater still life works depicting of Rembrandt-esque floral images that explores the complexities of wealth and indulgence, and how humans treat the environment in pursuit of prosperity. A series of 6 major new works and looped short films will be shown in a pop-up cinema space within the gallery.

Show runs until the 28 November.

The Good Samaritan, Rembrandt, after 1633 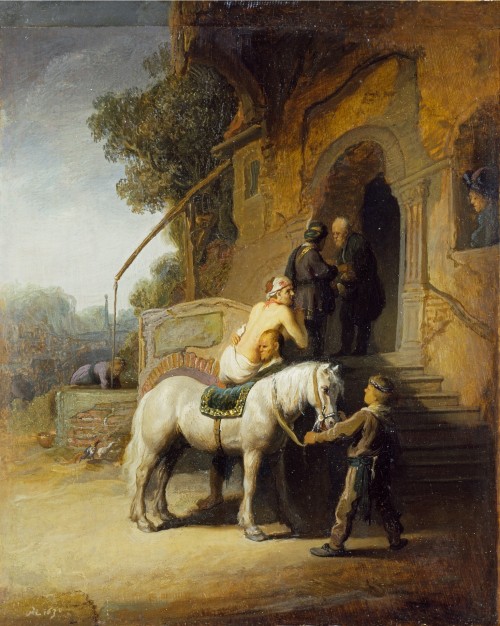 Choi Siwon, you are just so FANCY. I bet people see your fancy hat and they wish they could be half that glamorous.

Like…. Imagine D.O. has been a secret Super Junior fan for years. He stands staring forlornly into his vast closet, a sad sigh escaping his lips as he wonders why he never thought to buy a fancy hat like Siwon’s. And maybe low-key eye liner would be good? But self-doubt creeps in, and deep down he knows he could never pull it off like Siwon does, because one must have a core sense of glamour. He closes the door sadly and shuffles off to paint some D&D figurines while eating microwave popcorn and listening to Super Junior on the down low. 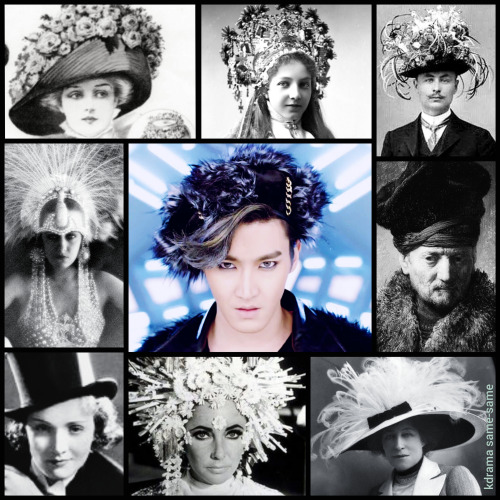