#stop talking abbie, #this is subject to change, #and probably will before the day is over
0 notes · See All
kingkyksText

There has almost been a Pokemon made to pay tribute to almost every animal or inanimate object (sword, lawnmower, sandcastle, key ring, magnets, etc.). Nevertheless, create a Pokemon from SOME object or animal that hasn’t been made and give it a name! Bonus points if you can then create an evolved form of it!

Since we got a Skyscraper Dragon in the latest Gen, I thought I’d go along with the “building” theme, but with the houses of Fairy Tales and Legends. 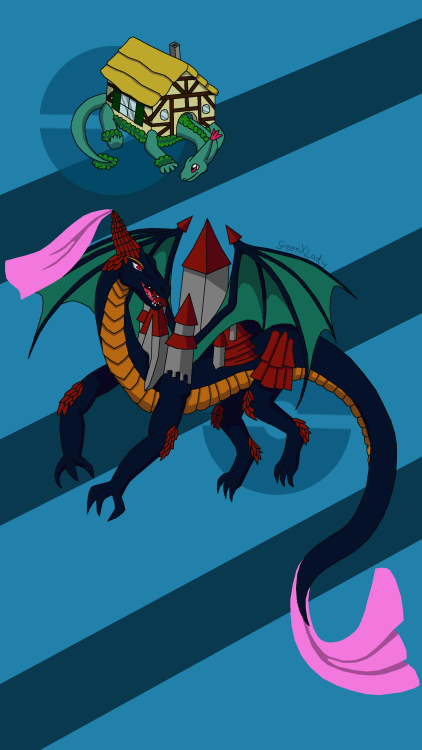 #Sanderstober, #Day 30, #You don't do the thing 'till you've had weeks to procrastinate, #I tried to emulate a Pokédex entry
0 notes · See All
alilbabysproutText

happy halloween !!!!! my boyfriend and i are going out to lunch and we’re gonna eat candy and watch a spooky movie once it gets dark. he even let me do some clown makeup on him so we could match !!

#izone, #izonetwork, #femaleidolsedit, #femaleidol, #*izone, #izone:group, #*gif, #ssamyen rly said let's clown ourselves today 😭, #the way ssamyen reacted when they saw themselves on the screen like yOU HAVE BEEN LOOKING LIKE THIS ALL DAY LMFAO SHUT UP 😭
0 notes · See All
faunebText

(MARINA - Soft To Be Strong)

@unladylikc​  said:   “ I-I didn’t really know what to get you for your birthday, so I settled for something that matched your whole colour scheme, ” Vivian admits and sure enough, she’ll hand over a wide brimmed, maroon fedora with a brown hatband wrapped around it. “ Er… I know I suck at picking out gifts, but I still hope you like it. ”

Well, he was certainly  surprised.

When was the last time I wore a hat?  He cast his mind back as far as he could, landing on a brief stint in which he’d  ( somewhat ironically, but also sort of  not )  sported a top-hat throughout the roaring twenties.  His Earth-roaming days had been numbered, though he still hungered for some of the aesthetics to make a return.  Some  of them.

There’s nothing quite like the faux-scandal surrounding a woman’s ankles, after all!

❝ Oh, nonsense, ❞   he replied, accepting the hat into his hands, examining it with a quirked eyebrow.  It doesn’t matter if I can’t recall when I last wore a hat  -  it’s a cute gift to receive.    ❝ You have quite the eye, I’d say!  You deserve a very warm thank you from me indeed!  I tip my hat to you! ❞

He put it on his head so that he could do  just  that,  clearly touched by her unconventional choice.

#one piece speed read, #alternative title: Robin Slaps A B****, #glad Usopp made it, #Luffy is superhuman like really, #I would handle Oda's being h**** on main better if that kind of attidude wasn't damn EVERYWHERE, #and guys how could I NOT make the joke :D, #spoiler, #spoilers, #have a nice day
1 notes · See All
spaghettiwithlotsoforeganoText 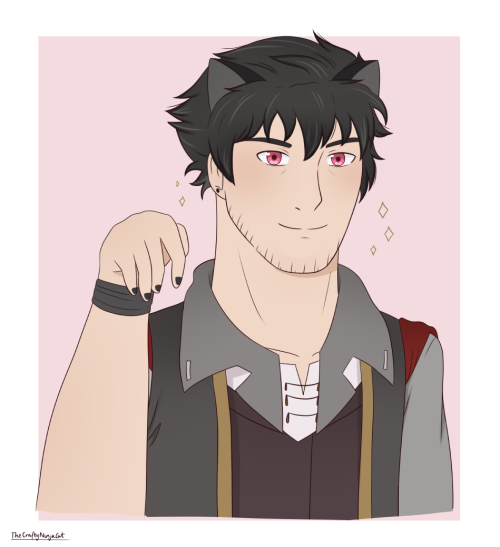 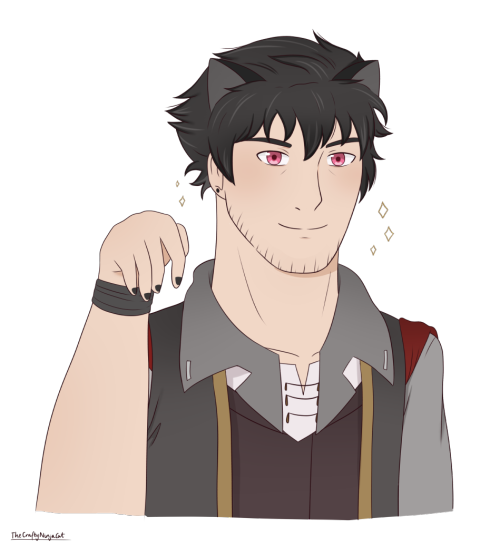 #rwby, #qrow branwen, #crafty draws, #qrowtober2020, #catboy qrow?? catboy qrow, #yes this is my free day qrowtober contribution, #as well as my thing for halloween, #someone take my drawing privileges away
1 notes · See All
the-ipreText

#a day in the life
1 notes · See All
ribhinnogstuffText

I don’t remember shit about book 2. I remember the wedding, Feyre’s tantrums, their miserable flirting, the bond, some of the IC’s moments and that’s all?! What the heck this book is about?! I think this is SJM’s weakest series world building wise. She left a lot of stuff out that could have been interesting to pay more attention to that are actually present in the other two series.

#i am HOME for the next two days, #im still on a serious western kick right now so ill be playing rdr but i will also be here, #ɪ'ᴍ ᴅᴏɪɴɢ sᴛᴜғғ... ᴛʜɪɴɢs { ooc }
1 notes · See All
mike-pattonText

oh cool i’m downloading the bungle stream right now, so i can gif all of this after all.

#FOR LEGAL REASONS: I AM NOT ACTUALLY DOWNLOADING THE STREAM ILLEGALLY. THIS IS MEARLY A JOKE., #i thought i wouldn't be able to but internet download manager saves the day again, #AGAIN. THIS IS JUST A JOKE. I AM NOT DOING ANY ILLEGAL ACTIVITIES., #personal
1 notes · See All
dreadlockholiday-01Text

#You ever think about the people who do ice sculptures?, #I saw a video on Instagram and I thought, #Is that a real job?, #Do they do it for a living?, #Full time or part time?, #Is there a school for ice sculptures?, #Is it in a huge igloo and you have classes where you learn how to cut ice in pretty shapes, #And then you graduate and boom, #You're an ice cutter master, #I wanna meet an ice sculptor one day I have so many questions, #I'm feeling really weird tonight ignore mw, #Me
2 notes · See All
littlekinngLink
your soul survives (but peace you'll never find); - unintentionallyangsty - Multifandom [Archive of Our Own]https://archiveofourown.org/works/27309106

An Infinity War au, of sorts. During the Thanos’ attack on the Statesman, Heimdall manages to conjure just enough power to send Thor, Loki, Bruce, and himself hastily to Midgard seconds before Loki’s neck can be snapped by the Titan.

The hasty escape, however, doesn’t come without its own complications, the most pressing of which being the lingering damage of Thanos’ rage.

Happy halloweeeeeeen! 🦇🎃👻 it is now November first here (wtf?!) I had a great cozy day yesterday! We had the biggest craziest thunderstorm ever! So I stayed home and played video games 😂 me trying to understand sleeping in and seeing a sunrise and the same time 🧐 lol well I hope it was a beautiful one! Sunrise is my favourite time of day! The world is so quiet and I feel so energised! Sunlight trough leaves is a spiritual experience I swear 💛✨ nature is truly wonderful!

#and yes you can join me in my flower field under the oak tree 🌳, #that would be so nice 😭 we could read books and drink iced tea and talk all day long and watch the sunset ✨, #elena 🌻, #interactions
0 notes · See All
foolarcanumText

#sometimes i lowkey wonder why tf do i even bother with this blog, #if i'm like too drained of energy to do anything and too shy to interact with people, #outside my best friends i mean, #dw about me i'm just having a sad day today, #i need to come out of my shell and do just fine or however that song goes, #(tbd lmao);
0 notes · See All
Next Page