Leonard is Nigerian, Somali, and Egyptian! 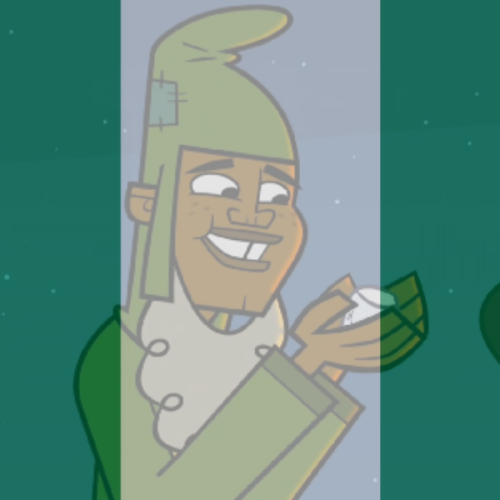 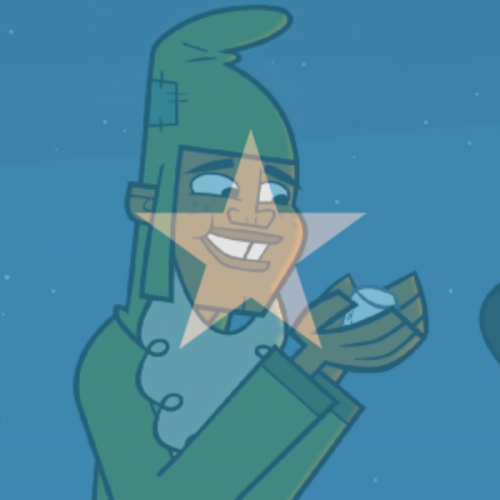 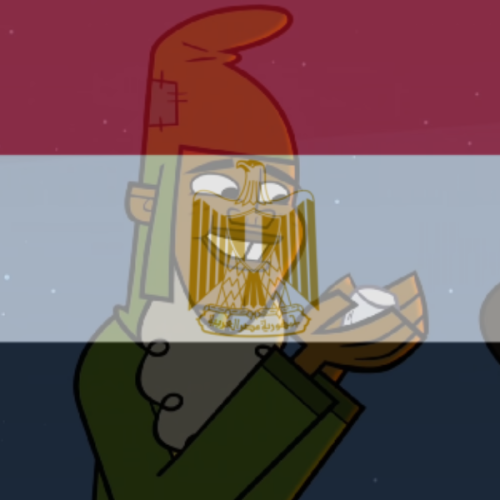 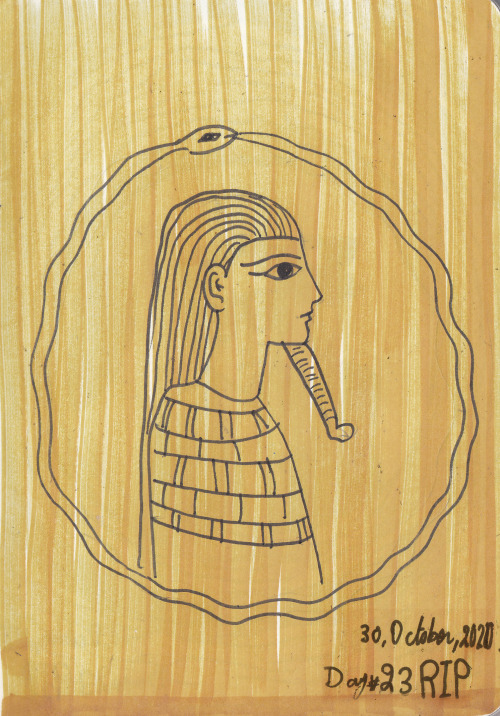 Alternate Colours For The Millennium Eye.

Quick Tip:
We had to go #Egyptian on this joint to get our @genie_lift to make due. ✌🏻👆🏻to hear the description. #drdecks #yourprescriptionforquality (at Dr.Decks L.L.C.)
https://www.instagram.com/p/CIW4LLdh-3s/?igshid=1x5s2tgo26shn 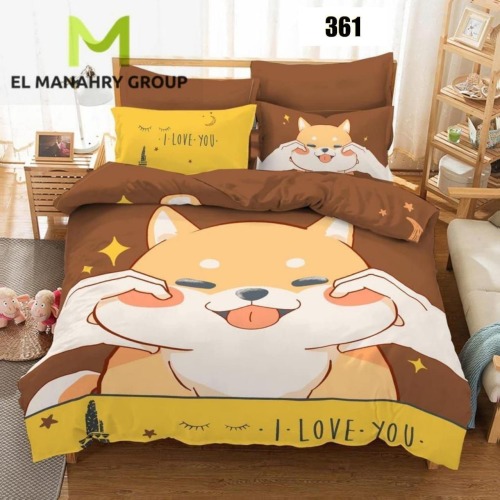 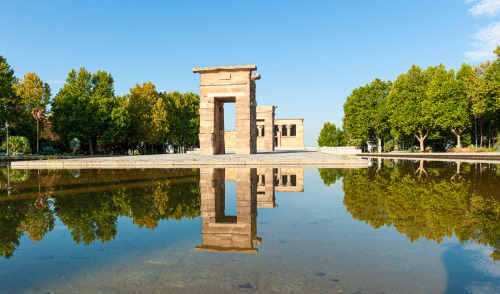 Bast or Bastet was the ancient Egyptian cat and protection goddess. The daughter and eye of Ra, Bast protected both Ra and the egyptian pharaoh. She is closely linked with the lioness goddess if war, Sekhmet.

This is my portrait of Mut, a “Mother Goddess” figure from ancient Egyptian mythology. Her name literally means “mother” in the ancient Egyptian language, and as the wife of the solar/creator god Amun-Ra, she rose to prominence in the national pantheon during the Middle Kingdom. She’s also the patron goddess and mentor figure for my protagonist Itaweret in my upcoming novel Priestess of the Lost Colony. 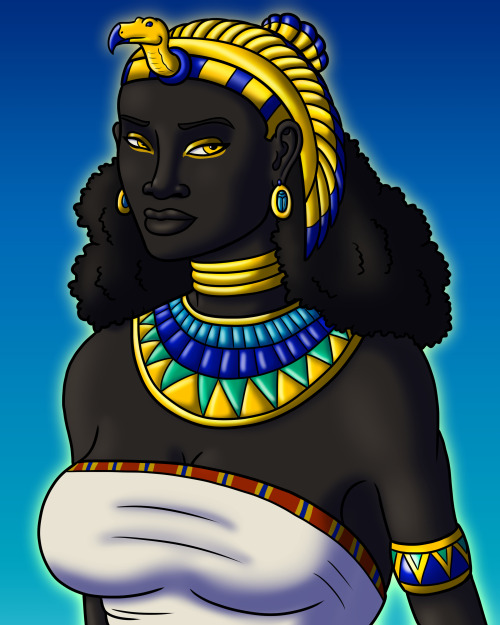 I’ve been dabbling in witchcraft and neopaganism for years, but over the last few months I’ve been buckling down a bit. And I know a lot of people - who aren’t strictly Wicca - lean to/look to Hellenism (or just Greek/Roman pantheon in general) but I wanted to research gods and goddesses from more of a variety of cultures (avoiding closed practices of course).

I’ve also approached deities with the view of research as I figured I’d not find one/be claimed for a while… but I’m feeling like I’m getting strong signs from Hathor (Kemetic goddess). Based off the research I did on her, I’d say that this is pretty direct and blatant:

I work as a floater in a daycare, so I work with kids infant-5yo. They bring stuffed animals for nap time, but I’ve literally never seen a cow one before yesterday. Yesterday, two different kids brought cow stuffed animals, and another kid in a different classroom was weirdly obsessed with the cow toy, which had never been played with while I’ve been in there. So, lots of cows, all coming from kids, all at the same time. That was the biggest one.

When I asked her directly if she would be comfortable working with me, I got a VERY positive sign from the tarot, indicating I would be happy with this decision.

So I guess I’m interested in learning more about respecting Hathor specifically.

I even wondered if it was another cow goddess, and I got signs that I was both (1) lying to myself to consider it and (2) going to regret it if I followed a different cow godess instead.

#baby witch, #hathor, #egyptian, #kemetic paganism, #is this a good sign?, #advice from anyone else who follows Hathor??
0 notes · See All
yousief910Video

Khnum or Khnemu (𓎸𓃝 ẖnmw, Χνοῦβις) was one of the earliest-known Egyptian deities, originally the god of the source of the Nile. Since the annual flooding of the Nile brought with it silt and clay, and its water brought life to its surroundings, he was thought to be the creator of the bodies of human children, which he made at a potter’s wheel, from clay, and placed in their mothers’ wombs. He was later described as having moulded the other deities, and he had the titles “Divine Potter” and “Lord of created things from himself”. 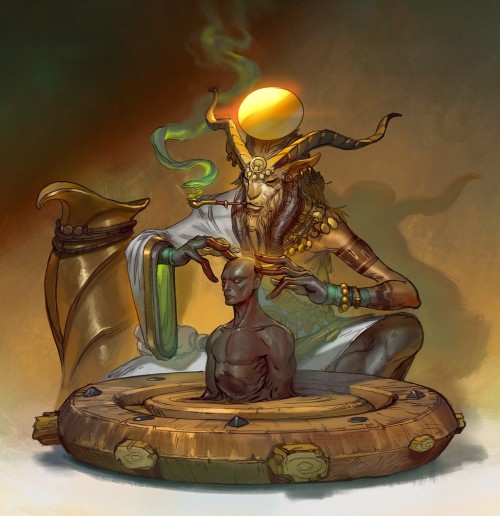 I feel like I owe an apology to that earth worm I “sacrificed” to some ancient Egyptian god in middle school. I took the game too far. I straight up murdered you with a rock. I’m sorry.

🔎 In early Egyptian mythology, Anhur (also spelled Onuris, Onouris, An-Her, Anhuret, Han-Her, Inhert) was a god of war who was worshipped in the Egyptian area of Abydos, and particularly in Thinis.
🔎 Anhur was depicted as a bearded man wearing a robe and a headdress with four feathers, holding a spear or lance, or occasionally as a lion-headed god (representing strength and power). 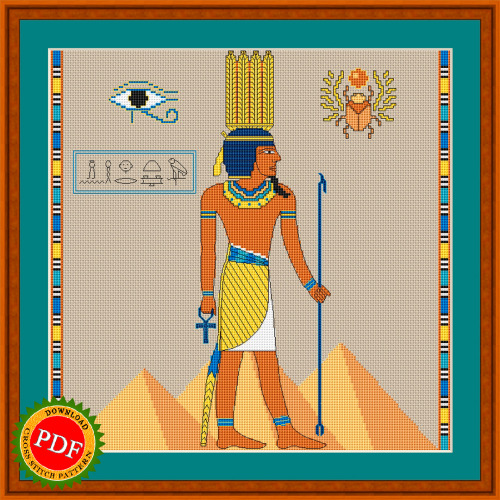 Goddes of love and family, Hathor’s partial corruption gave her cow-like features that the humans painted on their murals.

She helped building the relic that later would be used to protect the group from the damage of the diamonds, but not completely.

Some Of The Egyptian & Chinese Themed Stuff I Enjoy & The Main Fuel I Like To Have When It Comes Down To Those Parts Of My Adventurous Aspects. 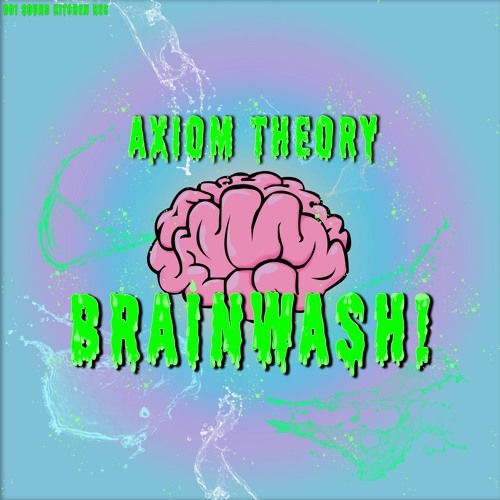