i remade the fahc lineup shirt w/ the rest of the crew, just for the hell of it!

trying to nail the art style was an absolute pain, but after working on this for almost 2 weeks, i think i did a pretty good job :D 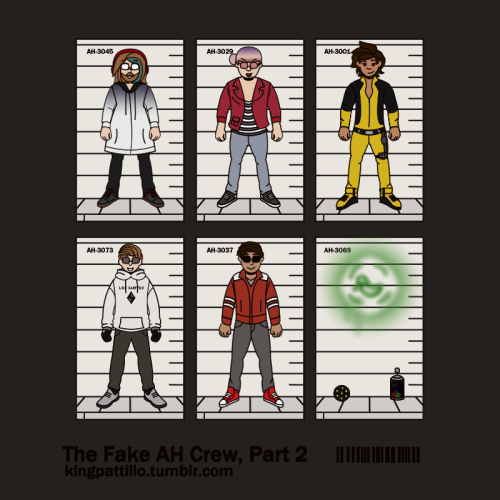 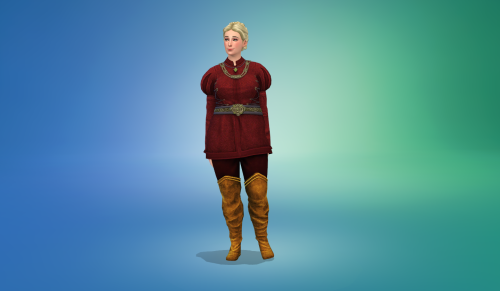 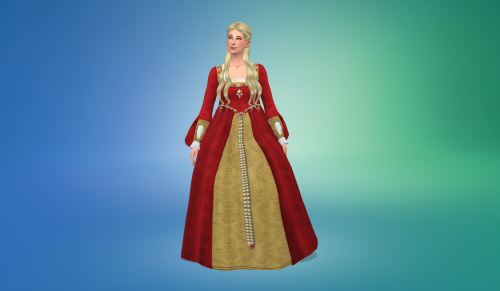 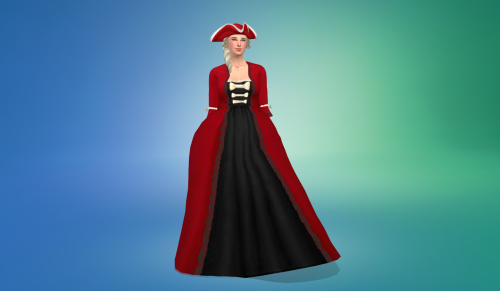 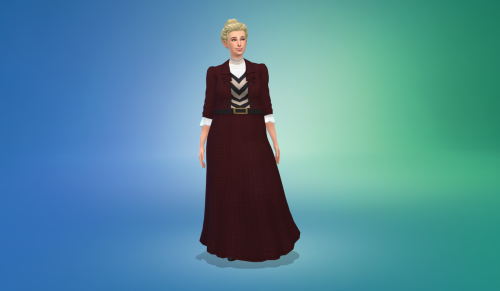 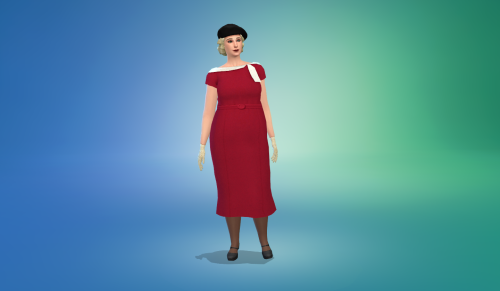 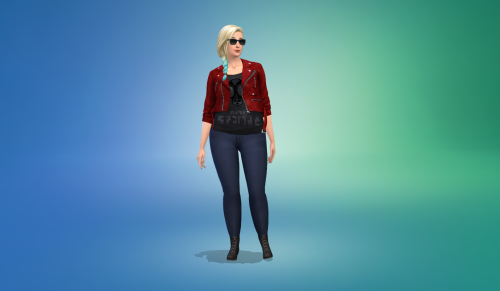 Lindsay: Sorry I’m busy aggressively meowing back at one of my cats

it’s chappy 5 after 2 months of waiting

Or at least, I tried.

FAHC Lindsay can bench press Jeremy and no one can tell me otherwise.

#achievement hunter, #fahc, #fahc michael, #michael jones, #fahc lindsay, #lindsay jones, #please i beg of you, #juggey, #is that the ship name?, #or is it just the jones's now????, #i don't fuckin know dude, #it cute that's what i know
12 notes · See All
prince-callyText

Jack tought Lindsay and Fiona how to bake.

They started out with cookies and then moved to cakes. Jack let’s them decorate the cakes when they’re done.

Lindsay eventually comes clean about it, since the Fakes became her family and she couldn’t lead them on like that much longer.

OH MY GOD I AM SO SORRY FOR MISSING THIS FOR DAYS. I haven’t been at my computer for two weeks now (sitting at my computer is hard rn but getting easier so I’ll be back in business soon) and I just downloaded the tumblr app… (I’m old, the app is better than it was 9 years ago)

Okay but actually! Ryan would die for Lindsay’s baking and she knows it. It is entirely why they have the arrangement where he cooks (and sometimes Lindsay helps because ahe wants to get better) and she makes him baked goods and he’s such a glutton.

Not only does Ryan steal her things, she’s a disaster at times and does it right back. She’s stolen his civilian clothes way more than once because she wanted to be comfortable.

Not only does Ryan send her cat photos and videos from when he is out and about, he’s often the only one home and sends her videos of their cat (Violet may have started as Ryan’s but lbr she’s both of theirs at this point) when she’s busy with the crew.

Lindsay and Ryan go on shopping sprees together.

Of course the Fakes say LGBT+ rights, Lindsay and Fiona are bi.

Team Same House continues! In a way! It happens in the same universe!

Summary:  The crew only know Ryan’s first name and him as Lindsay’s weird roommate. What happens when Ryan’s best friend decides to show up and lead him on some maskless adventures that may put his identity in jeopardy?

[AO3 Link] (I’m going to level with you, I’m lazy and didn’t feel like doing the formatting in this post but it’s all formatted nicely at AO3)

It was hell. Sure, the payoff to see their faces was absolutely worth it, but the results? Absolute hell. Now the assholes he’d started working for more often could find out where he lived. Lindsay was good for making sure they never found out the address, but he really wasn’t sure how long that would last. At least they had the foresight to use a wrong address for his alias paperwork.

This was the last thing Matt expected to happen.

A dirty alleyway, an angry cop, Michael slamming against the disgusting asphalt of the alley.

Lindsay was with them at one point, she threw her bag down to Matt & yelled, “TAKE CARE OF HIM! I’LL FEND OFF THE COPS & GET THE CAR!”

Matt was on his knees, his pistol next to his left knee. His hands were pressed against Michael’s side, a warm, thick, wetness beginning to soak into the sleeves of his hoodie.

Michael was pale, his eyes staring up at the smoggy Los Santos night sky. His breath shallow & slow.

“Fuck” Matt cursed to himself, staring down at the shivering man.

Matt shook his head in fear, “Michael-Lindsay’s on her way we’ll get you out of here.”

“M-Matt” Michael coughed, “You gotta do something n-now man, I’ll bleed out-“

Looking down at his hands once again, Matt looked at the blood, soaking through Michael’s shirt & soaking into Matt’s jeans.

Michael weakly pointed to Lindsay’s bag, “She keeps a kit-you gotta p-put pressure on the wound-seal it up.

Matt’s eyes went wide, moving his arm, he pressed his left forearm against the wound, reaching for the bag with his right. Digging between the bands of cash, he felt the hard plastic of a first aid kid.

Popping it open Michael nodded, “You gotta clean up some o-of the blood, make sure it’s dry first.”

Matt looked for something to wipe the blood, seeing his forearm now getting soaked, he quickly unzipped his hoodie, sliding out of the thin cotton & moving it to fully press against Michael’s abdomen.

Michael blinked, letting out a slow breath, “There’s stacks of gauze in there-layer em on thick-k-keep pressure on there..”

Moving quickly, Matt pulled out a large stack of gauze. Throwing the bloody hoodie aside, Matt presses the layers against him, the top sheet barely taking on a weak pinkish brown tone.

With a singular hand & his teeth, Matt ripped from the role of medical tape, attempting to seal the gauze in.

Bright headlights filled the alleyway, and Matt slammed his eyes shut, he heard two sets of footsteps, a thick, “Holy shit” yelled out belonged to Jeremy. Matt watched as Jeremy lifted Michael quickly, running back to the car.

Lindsay ran up to Matt & pulled him up, pulling him in close before pushing him back. The blood that covered him transferred on to her clearly.

Matt ran to the car, following after her.

Matt was grateful for the extent Geoff went through to protect the crew.

The hospital wing in the pent house was outfitted with everything Sarah & the team needed. Having the support crew meant they for sure had people on the team that could save their lives when a civalian doctor wasn’t an option.

Sitting outside the operating wing was a rare and painful practice. When Jeremy carried Michael out of the car & helped him into the gurney manned by Kent. Lindsay had turned off the car & put her head in her hands. Sighing out, she looked up & turned to Matt,

“Will you stay with me?”

Matt sat by her side, their clothes still stained with blood. Matt would go between staring at the floor & watching her. On occasion, she’s tap her foot, trying to keep some semblance of structure. At one point, Lindsay’s hands begun to shake, and Matt carefully reached for one in an attempt to steady her.

Looking up at her, Matt spoke, “Lindsay, he said he loved you-“

The doors to the operation room pushed open, Sarah blinked heavy at the white hallways. Lindsay shot up in & instant & Matt followed suit.

Sarah sighed in relief, “He’s okay-he was, extremely close to bleeding out, but we were able to give him a transfusion, & get the wound sewn up.

Lindsay nodded to Sarah, “How long will he be out?”

Sarah gave a soft smile, “The wound will take a while, you’re going to have to make sure he doesn’t rip any stitching, but he’s in his rooms and he should be up soon.”

Lindsay, without a second of hesitation, pulled Sarah into a big hug, whispering a thank you in her ear.

Sarah smiles sheepishly, “I’ll let you two see him & give you space, if you need anything I’m down the hall & you know how to call.”

Sarah walked away, waving awkwardly, Lindsay looked at Matt carefully, “Will you come with?”

Opening the door, Lindsay looked in, Michael’s eyes were open staring at the celling.

Upon hearing the door, Michael moved to sit up, “Lindsay-hh”

Lindsay rushed forward as Matt lingered by the door. “Lay down you idiot! I’ll adjust you!”

Lindsay pressed a button on the bed, moving his neck up slightly.

Michael gave her a goofy smile.

Matt lingered awkwardly in the door.

“And you’re in a hospital bed.”

Lindsay kissed his forehead, “I’ll be back in a bit-“

Lindsay moved to the door, drifting down the hall to the elevator.

Matt looked up, Michael’s eyes were set on him.

Matt moved quickly, standing at his bed side.

Without words, Michael reached up, flexing the fingers in his hands. Michael’s hazel eyes looked up at Matt’s with a passionate conviction.

#fahc, #fake ah crew, #fahc michael, #fahc matt, #fahc lindsay, #i’ve had this ask for months stuck on what to write, #i got hit with inspiration., #thank you!
52 notes · See All
sideslidetothebiText

Uh, I had some time. I wrote this Gen fic.

Summary: Lindsay has a roommate that no one knows anything about, aside from the amazing meals they provide for her. The boys want to know, but she remains mum.

Lindsay was one of the first people Geoff hired for the crew. Not because he needed another field hand for heisting but because he needed someone behind the scenes, helping them with researching their targets while the rest of them got ready and as back-up. The fact she would come to work with elaborate homemade lunches and would often surprise them with platters of baked goods was only a bonus. LIndsay also had made it very clear she made the baked goods, so no one ever questioned the elaborate lunches for over a year, but then again, not one knew she had a roommate, either.