I miss the comfort in being sad 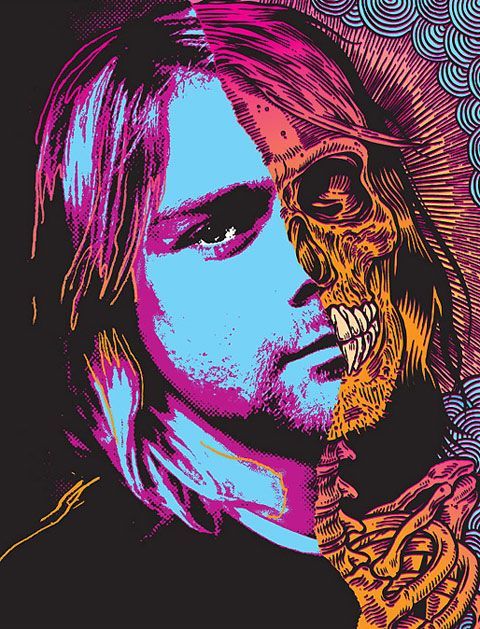 Speaking from the tongue of an experienced simpleton who obviously would rather be an emasculated, infantile complain-ee. This note should be pretty easy to understand.

All the warnings from the punk rock 101 courses over the years, since my first introduction to the, shall we say, ethics involved with independence and the embracement of your community has proven to be very true. I haven’t felt the excitement of listening to as well as creating music along with reading and writing for too many years now. I feel guity beyond words about these things.

For example when we’re back stage and the lights go out and the manic roar of the crowds begins., it doesn’t affect me the way in which it did for Freddie Mercury, who seemed to love, relish in the the love and adoration from the crowd which is something I totally admire and envy. The fact is, I can’t fool you, any one of you. It simply isn’t fair to you or me. The worst crime I can think of would be to rip people off by faking it and pretending as if I’m having 100% fun. Sometimes I feel as if I should have a punch-in time clock before I walk out on stage. I’ve tried everything within my power to appreciate it (and I do,God, believe me I do, but it’s not enough). I appreciate the fact that I and we have affected and entertained a lot of people. It must be one of those narcissists who only appreciate things when they’re gone. I’m too sensitive. I need to be slightly numb in order to regain the enthusiasms I once had as a child.

On our last 3 tours, I’ve had a much better appreciation for all the people I’ve known personally, and as fans of our music, but I still can’t get over the frustration, the guilt and empathy I have for everyone. There’s good in all of us and I think I simply love people too much, so much that it makes me feel too fucking sad. The sad little, sensitive, unappreciative, Pisces, Jesus man. Why don’t you just enjoy it? I don’t know!

I have a goddess of a wife who sweats ambition and empathy and a daughter who reminds me too much of what i used to be, full of love and joy, kissing every person she meets because everyone is good and will do her no harm. And that terrifies me to the point to where I can barely function. I can’t stand the thought of Frances becoming the miserable, self-destructive, death rocker that I’ve become.

I have it good, very good, and I’m grateful, but since the age of seven, I’ve become hateful towards all humans in general. Only because it seems so easy for people to get along that have empathy. Only because I love and feel sorry for people too much I guess.

Thank you all from the pit of my burning, nauseous stomach for your letters and concern during the past years. I’m too much of an erratic, moody baby! I don’t have the passion anymore, and so remember, it’s better to burn out than to fade away.

Frances and Courtney, I’ll be at your alter.
Please keep going Courtney, for Frances.
For her life, which will be so much happier without me.

The happenings in the year I was born are a clear indication of my personal interests, now that I’m in my twenties. Two of my biggest interests are true crime and good movies, and even though I wasn’t old enough to remember anything from 1994, the main events from the year became familiar favorites in later life.

I recently watched the Margo Robbie starring film, I, Tonya, and fell into a deep trance. I had always heard the names Tonya Harding and Nancy Carrigan, but I never knew the cultural context. Although the film was a dramatized depiction of an actual historical event, I was completely taken by all of the characters. Once the movie was over, I called my mom – who is the main influence on most of my interests – and I scolded her for never telling me the story. I could imagine her watching the news coverage of the event, live and developing.

Like the story of Tonya Harding, OJ Simpson’s story overwhelmed me with intrigue. I always knew the basic facts of the case – OJ killed Nicole and Ron, you know it, I know it – but I was fuzzy on the details. Again, a dramatized depiction blossomed into intense interest. I watched The People VS OJ Simpson, starring Cuba Gooding Jr as the man himself. I knew how the story ended, but the entire time I was watching I was hopeful that history could be changed by a television show. And, again, I called my mom. She told me how she watched the car chase and followed the story step by step. And I listened, eyes wide and green with envy.

Exactly a month before I was born, grunge was rocked by the death of an idol. I’m not going to go into detail about how much Kurt Cobain means to me because I would be exaggerating. I grew up with a diverse music interest, and Nirvana was definitely included, and I liked the music as much as the next angsty pre-teen. But it wasn’t that serious. However, I didn’t know the conspiracy theories behind his death until my middle school music teacher shed some light. She was baffled by the immediate claim of suicide, and she gave us all of the gory details about how he couldn’t have balanced a shot gun on his foot and pull the trigger with his toe because he had too many drugs in his system, ultimately blaming Courtney Love for his death. Although this may have been too much for the typical 7th grader to handle, I was so interested that I stayed after class to interrogate my teacher for more information. I couldn’t believe these theories were floating around before I said my first word.

Quentin Tarantino’s 6th film, Pulp Fiction, didn’t become a staple in my movie routine until my sophomore year in college. At this time, I spent each night in my room, hiding from my roommates, and scrolling through the offerings on Netflix. I’d seen a few Tarantino movies, but I never gave Pulp Fiction a chance. Once I did, I fell asleep. And this happened a few more times until I finally made it through. I wasn’t uninterested, and I knew it was a cult classic, but I couldn’t stay awake through the opening burger rambling scene. I realized if I wanted to become worldly and culturally relevant, I needed to devote more time to this movie, and I needed to stop turning it on after working all day and changing into comfy pants. So, I finally watched it during the day and caffeinated. I’ve watched it countless times since then, no caffeine necessary. I’ve come to appreciate the long ramblings of Tarantino, and most of his films are on my top 20 list.

1994 had much more meat to it than what I’ve written about, but these are the main points that actually relate to how my brain works these days. Honestly, I didn’t know about most of these things until relatively recently. But I feel like they had the same impact on me as they did to the twenty-somethings who lived through them. I’m mainly just jealous of the people who got to watch Tonya claim to know nothing, stare at the screen during OJ’s car chase, mourn Kurt and blame Courtney, and watch Pulp Fiction on the big screen. Luckily, I have my mom to give me a firsthand report for everything 1994.

this is a little bit different but i wrote this song this evening and wanted to record it in my purest form (this is how i look most days during quarantine just so you know) and thinking about it now, i think it represents how I’m feeling in this situation. quarantine is not just about having free time, no school or whatever. it’s about feeling despair and feeling a tremendous amount of anxiety because of the uncertainty for many of us. i certainly don’t want to make this about me but personally, my depression has worsened a lot during these past few weeks and it’s getting scarier day after day. still, i wrote this song and decided to put it out because I’m trying my best to “linger in the sun”, not in the darkness where my mind is capable of taking me and I’ll continue to do so for as long as this takes. hope you’re doing the same.☀️💛

this is a little bit different but i wrote this song this evening and wanted to record it in my purest form (this is how i look most days during quarantine just so you know) and thinking about it now, i think it represents how I’m feeling in this situation. quarantine is not just about having free time, no school or whatever. it’s about feeling despair and feeling a tremendous amount of anxiety because of the uncertainty for many of us. i certainly don’t want to make this about me but personally, my depression has worsened a lot during these past few weeks and it’s getting scarier day after day. still, i wrote this song and decided to put it out because I’m trying my best to “linger in the sun”, not in the darkness where my mind is capable of taking me and I’ll continue to do so for as long as this takes. hope you’re doing the same.☀️💛

This is one of the best Nirvana documentaries out there, it captures the history of the band and the grunge scene so well!

you r the rarest of treasures kurt, forever loved and missed by many. rock on cobain! </3 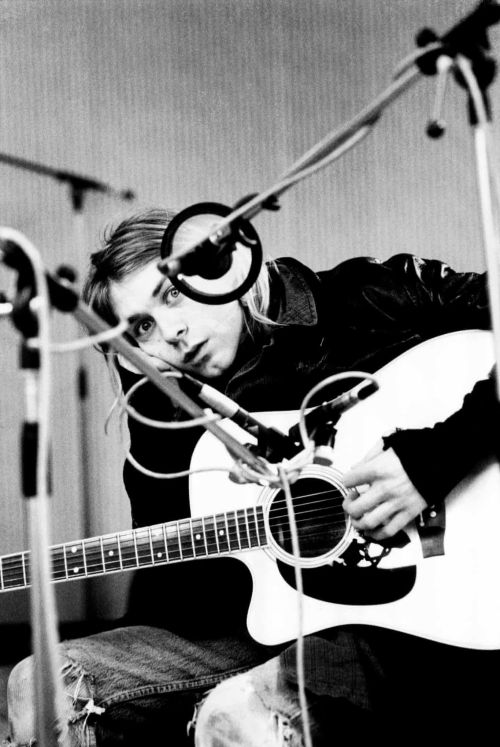 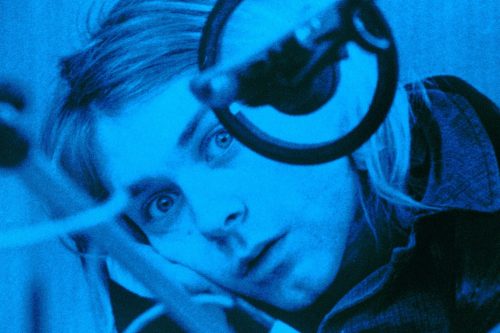 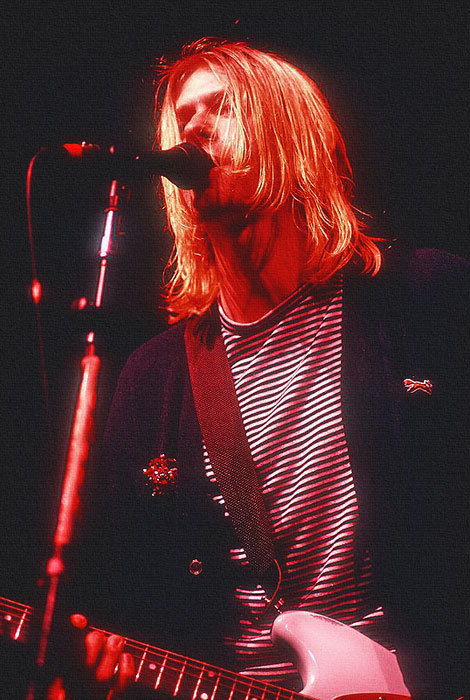 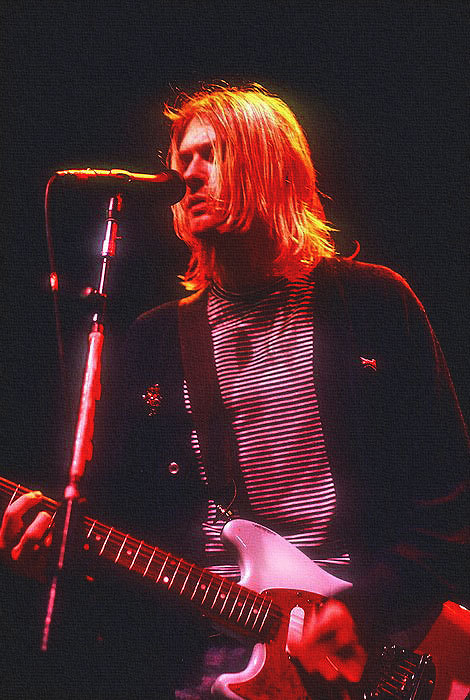 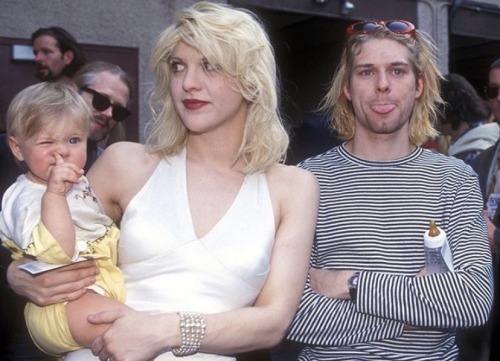