i was in a foul mood this morning for no particular reason (the state of the world? an off- tone text message? the fact that i ate the last of my wheat thins yesterday and i’m addicted to them?) but i am going to try to pull it together for class, a departmental meet up, and mabon tonight

Shakespeare simps for the Dark Lady

I forgot how much I liked Spencer because I hate the Shepherd’s Calander but this is a man with a plan! A hatred of subtly! And a weird hard-on for Chaucer! What a lad.

Why did no one ever tell me that Ulysses S Grant once auditioned for Desdemona in a staged production of Othello in Texas during the Mexican War?! Grant apparently looked femenine enough that he grew a beard after the production to advoid being called “little beauty” and the person playing Othello couldn’t stop laughing at Grant hence why they had to hire an actress from New Orelans. This is utterly hilarious and things like this is why I love Shakespeare and history so much

Prepping to teach Milton tomorrow and it’s just reminding me of how much I prefer William Blake.

#gradblr, #early modern lit, #john milton, #william blake
3 notes · See All
enigmaticroseAnswer
hey! venusofsuburbia said to go to for recs if i like shakespeare AND BOY DO I LIKE SHAKESPEARE!!!! i havent read all of his works but im always left in pieces whenever i re-read 'hamlet' so if u can rec anything related to that (whether they be academic texts or not) along with books u love that would be great thank u!!! and i dont mind if u publish this btw!!

For other plays you might like, I’d check out Macbeth and King Lear by Shakespeare (if you haven’t already), Knight of the Burning Pestle by Francis Beaumont, Edward II by Christopher Marlowe, and ‘Tis Pity She’s a Whore by John Ford. You should also check out Desdemona by Toni Morrison.

For fiction, I’d recommend If We Were Villains by M.L. Rio and The Secret History by Donna Tartt.

For Hamlet, I’d recommend Hamlet in Purgatory by Stephen Greenblatt (even though I’m not a big fan of his). Zachary Lesser’s Hamlet After Q1 is cool if you’re interested in the history of Hamlet. I’d also recommend Hamlet Without Hamlet by Margreta de Grazia.

If you’re interested in race and gender, Things of Darkness by Kim Hall, Passing Strange by Ayanna Thompson (my PhD director!), and Shakespeare and the Cultivation of Difference by Patricia Akhimie are all excellent.

If you’re into performance, I have loads and loads of suggestions, but to start out I’d recommend World-Wide Shakespeares ed. Sonia Massai, Shakespeare’s Theatres and the Effects of Performance ed. Farah Karim-Cooper and Tiffany Stern, Itinerant Spectator/Itinerant Spectacle by PA Skantze, Performing Nostalgia by Susan Bennett, Shakespeare and Feminist Performance by Sarah Werner, and Colorblind Shakespeare by Ayanna Thompson.

If you like book history, Selling Shakespeare by Adam Hooks (my undergrad mentor!) and Shakespeare and the Rise of the Editor by Sonia Massai (my MA mentor!) are fantastic. You should also look into Sarah Werner, Peter Stallybrass, Margreta de Grazia, and David Scott Kastan.

If you’re interested in eco things, Veer Ecology ed. Jeffrey Cohen and Lowell Duckert (who are both excellent humans) and Wooden Os by Vin Nardizzi (who is awesome) are both fantastic books.

On a more personal note, I helped edit Ayanna Thompson’s new book on Shakespeare and the director Peter Sellars, so I of course recommend that (which goes on sale in May).

It’s raining, I have coffee and a pastry, and I get to teach Aemilia Lanyer today in my Brit Lit I class. What an excellent Monday.

I just sent you a message asking who inspired Austen but I didn’t really make myself clear sorry. I meant which earlier writers inspired Austen. I keep coming across writers around the same time as Austen whom she liked but I’m not able to pin down any earlier ones!

Off the top of my head, Samuel Richardson and Frances Burney.

A couple of years ago – when I was first figuring out my own gender – I took a course on Renaissance women writers. A lot of them were a little late to be truly Renaissance; much of it was Jacobian, which is debatable, and a number of the playwrights were Restoration writers when you got right down to it. Among the Restoration texts were two plays by Margaret Cavendish – Bell in Campo and A Convent of Pleasure. Closet drama, so never publicly performed and therefore free to be a little more on the radical side. Honestly, if you’re interested in the time period, I'd recommend them both, because Cavendish is a fascinating writer, but it’s Convent of Pleasure I’d like to talk about right now.

The plot concerns the Lady Happy, who decides that she has no desire to marry and instead gathers a group of likeminded ladies to form a convent of pleasure, which no man can enter. Ignoring the obligatory subplot of three men trying to get in disguised as scullery maids, the story is about a Princess from an unnamed land, who comes to the convent and quickly becomes a close companion of Lady Happy. It’s never stated directly, but between the innuendo and the clear disapproval of one of the older women, Cavendish might as well have hung out a flashing sign bearing “LESBIANS” in all caps, but that would have been crude and unlikely in the period.

Anyway, in the final act, after the three gentlemen in scullery maid outfits have been caught and summarily kicked out, and there’s been a fairly massive call from outside forces for the dissolving of the convent, a messenger arrives from the Princess’s homeland and informs the cast that the Princess’s title is technically prince. Marriage plans are made, yadda yadda, standard comedy ending.

My copy is in storage right now, and I miss it and will have to remedy this, but I will be shocked if the Princess is not addressed as “Princess” in the scenes in which she and Lady Happy are alone, and after the big flashing lesbian sign is hung out.

I think I was the only one in the class still referring to the Princess as “she” while we were discussing the last act, but sixteenth-century work or not, it had simply not occurred to me until I was rather rudely “corrected" not to read the character as a trans woman. I continued to stubbornly refer to the character by the pronoun used by the other characters, but that’s a different discussion. Lady Happy, whom it is heavily implied has seen the Princess naked, refers to her as the Princess. I’m not exactly one to argue pronouns with someone’s lover.

So yeah, anyone who’s looking for trans characters – how old a book are you willing to try?

[I’ve actually got a whole list of stories like this, because I have an abiding interest in both the subject and the period, and I’m seriously considering doing a series of posts about more of them.]

I get that fandom can be annoying and worse than annoying, but … tbh I have yet to encounter a remotely convincing argument as to why fanfic is intrinsically Not Literature.

#i am up to my ears in early modern lit right now and while i wouldn't personally term all derivative literature 'fanfic', #bc i think the term is more specific, #a LOT of the time when people say fanfic what they mean is 'anything that reuses pre-existing stories/characters for any reason', #apart from direct adaptations, #and when they're arguing about why fanfic is not Real Literature the derivative quality is /why/ it isn't Real Literature, #'i'm not saying that can't be good ... i'm just saying it can't be THAT good' mmhmm, #and then if you point out that a lot of things generally considered That Good share that same quality, #hdu compare yourself with the greats! point proved!!!!, #the whole rationale just seems totally incoherent and arbitrary to me, #bonus points for 'i can't say why it's different from early modern reinterpretations it just is', #anghraine rants, #general fanwank, #fanfiction
22 notes · See All
on-the-heathText

“milton was a goth.”

—jason scott-warren, workshop in the history of material texts

“i would do shots with francis bacon”

#'Bacon was never a good judge of the men in his life', #asdfghjkk, #early modern lit, #rad school
3 notes · See All
on-the-heathText

Let’s talk of graves, of worms, and epitaphs; Make dust our paper and with rainy eyes Write sorrow on the bosom of the earth, Let’s choose executors and talk of wills: And yet not so, for what can we bequeath Save our deposed bodies to the ground?

be an early modernist 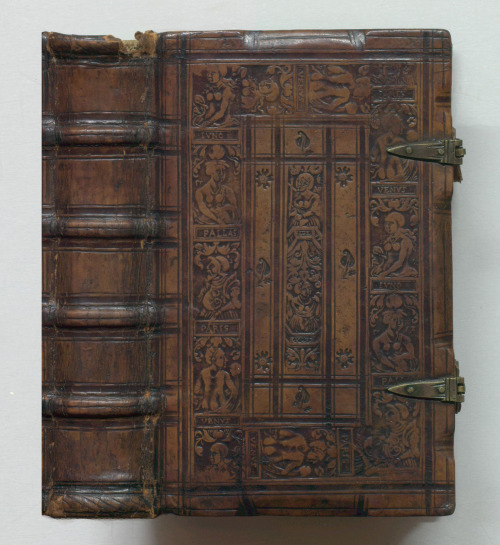 excited to dive into this anthology of early modern women’s writing; i have read shamefully little up until this point.

so grateful to/ for scholars that have taken the time to put together lists of digital resources. they take a lot of labor to compile and aren’t often recognized but we would be lost without them.