Trending Blogs
#for once
dorcass-meadowesText

Ya gal only went and got a first on her first ever uni essay!!!!!!! Descartes is my bitch, y’all

noooo fatou probably wants to make a move on kieu my but then this lasse guy will show up causing fatou to jump to conclusions and she’ll give up her crush on kieu my (for now, but we’ll see that it doesn’t really work in her season👀)

#druck, #i thought I'd get a happy clip, #for once, #kieu my vu, #fatou jallow, #i hope they wont make it an actual love triangle cuz 🤢🤢
17 notes · See All
theonetrueyeetText

#like man, #come on, #can i enjoy things pls, #and keep enjoying them, #stomach pls, #for once, #do ur job properly, #be normal, #idk wtf this is, #dont ask
0 notes · See All
froggy-botAnswer

you know what.. yes

Okay kinda, look i wrote a mini thesis when i found out TLOU2 deadass won GOTY, which is absolutely hilarious cause it’s beyond even my expectation, I didn’t expect them to give it the full RDR2 treatment, btw I picked a very good year to wizen up to the fact TGA is basically a circlejerk and the popular vote has no influience on the outcome [[So apparently its Golden Joystick which actually is people voted. “Gamers” really are just the definition of “Fuck you, Got Mine” and I hope everyone who voted for Naughty Dog under any circumstance has to work retail crunch until they learn empathy.]] BUT ANYWAYS I genuinely wrote the following out of interest, not anger. In fact I cant wait for all the people to explode because they still dont realize the game awards are a sham.
this is ALL off the cuff, be warned, cause I basically rambled to friend about having stumbled onto a thesis prompt, I cut out the first half of it for that reason so here goes:

Writing is not a universal constant, because every medium tells stories in different ways

so why do people keep acting like that’s how it works for video games?

Undertale is probably the best written game ever made. the writing isn’t remotely as good as a B grade movie

because in a movie writing and acting are how you tell the story. That’s its strength

When you think of “art” in video games, what comes to mind?

Maybe Shadow of the Colossus? Undertale? Braid? Journey? These all work.

And ya know what they have in common?

in fact of those 4 games, 3 don’t actually have dialogue unless you seriously count those messages from Dormin

You know what they all have in common though?

They don’t use writing to convey their story, messages, themes, etc. They use gameplay

Movies treat videogame qualities to be detrimental in a film. people attribute this to contempt. It isn’t those people who say a movie being like a video game is bad? they are absolutely right.

And in that Exact. Same. Vein. VIdeo games shouldn’t be actively trying to be like movies

Shadow of the Colossus tells its story by having you realize that your actions as the player have unleashed a terrible evil. Braid sets its time travel gameplay mechanic in reverse at the end for its big story reveal. Journey has zero dialogue and through the way you traverse environments alone tells a grand epic. Undertale applies the idea of metanarrative to video games in a way unlike any other, something plenty of movies have done but no movie has ever been able to do to an even remote degree that Undertale did, because unlike a film the audience has direct input. Does that make metanarrative films like Fight Club, Inception, or far more historically famous than, either, a “Citizen Kane” type film if you’re gonna bring that stupid notion out, Sunset Boulevard, does that make it bad metanarrative? NO. IT MEANS ITS A DIFFERENT VERSION OF THAT STYLE.

Bastion is dialogue heavy, with constant narration, so is stanley parable, but both games have that narration dictated by the player’s action. In a movie narration can only dictate predetermined action, even if that means unreliable narration or outright lying in the narration, that won’t change the fact what it describes is predetermined because it’s a movie. In a game, it could be different every single time.

Because you are deciding who lives and dies, you TECHNICALLY aren’t, but you know what happens to the people you deny. You know exactly what will happen to them.(edited)

so do you let them in even if it’s not legal, deducting your own pay and making it that much more likely you can’t afford food or heat that night for your family? or do you send them knowingly to the gulag?

In a film that already is a powerful message and like I said it genuinely isnt that far off from schindler’s list. As a movie done right, papers please could be a harrowing story about those kinds of things. But it wouldn’t be any better, nor would it likely be told in a way remotely similar to how you experience games.

because again: they. are. different. mediums.

That’s what it means to have different mediums, you can tell the same story in completely different ways to elicit different, equally meaningful responses

You have no idea how grand scale the things going on are, you only have bits of info to piece together with the only context given being you are a border patrol guard who will serve your authoritarian "country”

it makes the resistance obviously the good guys, there’s little to no penalty to helping them over the state.

so why isn’t the comparison Not Tonight and Schindler’s List?

because the idea of a straightforward story where you know sheltering them is good and its bad to sell them out is part of film storytelling, where you are an onlooker

In Papers Please the way you’re torn between what to do and who is worth saving and who isn’t, whether you should back resistance or serve the state? That struggle you as the player feel is the struggle Schindler’s List puts on screen for you to OBSERVE, not to be a part of.

#tga, #the last of us, #tlou2, #video games, #schindler's list, #not a shitpost, #for once, #I just felt that it'd be a waste to not put this SOMEWHERE on the internet, #papers please, #golden joystick awards, #fuck gamers, #Naughty Dog, #should burn in hell
2 notes · See All
ripousText

#for once, #yeah
3 notes · See All
valiant-flower-xivText

tumblr pls wtf was that ;;

#ooc, #tbd, #LEMME WORK ON STUFF ON HERE, #FOR ONCE
1 notes · See All
runningequalsfoodText

Apparently my body absolutely loses it’s shit when i eat cream cheese but consuming a large amount of months old salsa with a questionable smell and taste has no affect.

My body will forever be a mystery.

#allergies, #my body hates being alive, #my body is NOT malfuntioning, #for once
0 notes · See All
megatranzzzText

I want to be in the woods with a bunch of dogs in a cabin. Fire going with wine and food and some close friends and soft music playing. I want snow falling outside and I want a feeling of being acknowledged and safe.

#for once, #personal
1 notes · See All
jordanbeingweirdsgainText

POV: you are simping for me

#for once, #please, #someone, #djdjjcjcjdjdjjdjdjdjdjdjjffjfjjfjfj, #:/, #I just want cuddles and people to call me pet names and play with my hair
2 notes · See All
cryo-girlAnswer

Oh and no wedding of course, we all know how that ended…

#bond deserves a bloody happy ending, #for once, #with, #the bond twink
0 notes · See All
3ndm3s4v3m3Text
#thanks to my friend, #i may have a crush, #yahto, #happy, #for once
4 notes · See All
miraculousfanfic127Text

So you know how when klance didn’t happen, the voltron fandom created the leakria ship and pretty much destroyed the canon side of voltron?

What if we did that with miraculous ladybug? Cause I feel like we could do that?

I mean we’re pretty much already doing that with maribat but if a team of people wanted to reinvent miraculous via discord, I would definitely be down for that.

#maribat, #miraculous, #miraculous ladybug, #i had an idea, #for once, #but seriously what do you think, #i need opions not just likes, #feel free to like, #but comments would be significantly better
50 notes · See All
quearlydepartedText

#fuck I'm just so tired of seeing myself die on screen over and over again, #just stop just let me fucking live, #for once, #fucking hell, #supernatural, #destiel
10 notes · See All
berrysphaseText

so it just occurred to me that one of the reasons why the host of the Noldor following Fingolfin were, on the whole, ready to forgive Maedhros was that they were already deeply invested in the idea that suffering brings absolution.

The people that struggled across the Helcaraxe see themselves as wronged: the Kinslaying at Alqualonde is not their sin, their hands are (mostly) clean, they are righteous in their anger, they were betrayed.  (Let us not ask about how many of them would have sailed on the stolen ships.)  They have paid in blood and toil, their suffering shrives them (it does not; Finrod learns this).

Maedhros stood aside at Losgar, he suffered mightily at the hands of Morgoth, his suffering shrives him (it does not; Maedhros, and all Middleearth, learn this).

The thing is, I think: this suffering does buy something.   But it is only partial coin, and the fatal mistake of the Noldor in Middleearth is to mistake the partial coin for the whole.

#whee reckless meta posting, #i have actually remembered that maintags are a thing, #so, #maybe this doesn't go there, #for once, #silmarillion, #meta
130 notes · See All
annieariPhoto 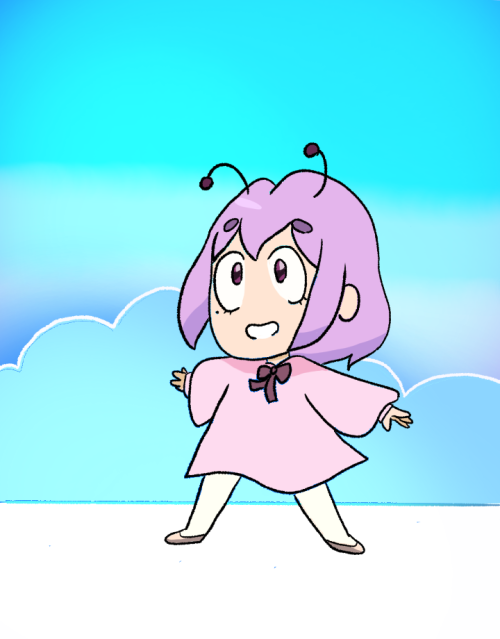 #like seriously, #the fact that all these things we say ARENT canon, #and that the canon is wayyyyy better and more diverse, #is so nice, #for once, #dislocatedjuly
36 notes · See All
real-jaune-ismsPhoto

They look so playful and it’s been so long since they’ve actually been happy like this. We need more moments of levity like these. 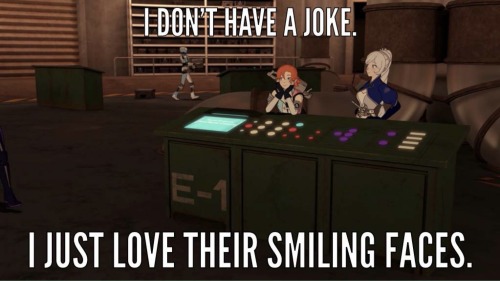 this wip has me in a chokehold

#i’m. this world building is sm fun, #for once, #i’m trying to get a post together but there’s so much i wanna put in it, #so i need to wait until i get it all sorted, #but!!!!, #mac.txt
0 notes · See All
num-inouslyText

not even recent, just appreciating myself✨

#lingerie, #ill delete this later, #feeling myself, #for once
4 notes · See All
Next Page