I HATE anonymous cowards sending hate to creators who don’t do any damage on their fics, like why? If you don’t like something you just pass that fic! Sending hate is a movement that I expect from a fifth grader. 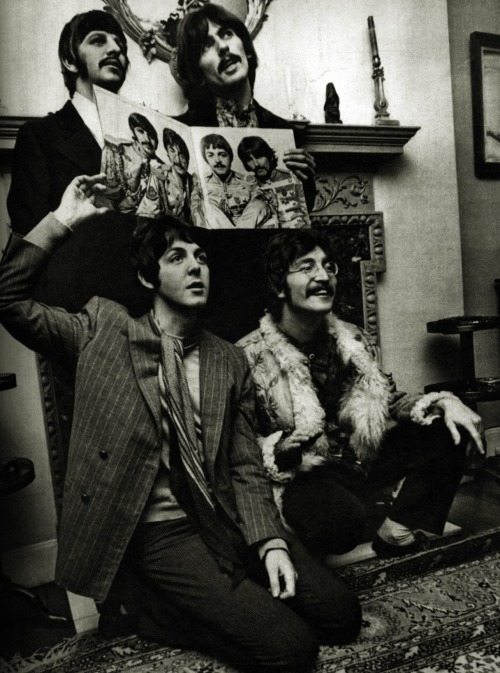 Finish listening to every solo Beatle boy album in order before December 11.

#I’m almost there!, #I’m on Menlove avenue, #I think I can do it, #I have to do it, #bc then my life will feel incomplete, #no matter what I’m still going to listen to McCartney iii, #this is just something that I have to do personally, #🤷‍♀️, #the beatles, #solo Beatles, #my musings, #we all shine on
5 notes · See All
mothernatures-sonsText

i’m at the point in my life where i’m ready to start blaming both of my parents for my emotional trauma instead of just one by John Lennon, 1970

#@ his song Mother, #but also @ myself, #john lennon, #john lennon and the plastic ono band, #the beatles
6 notes · See All
a-bitch-in-neverlandText

#i forgot to post it, #this has been in my drafts for a month, #paul mccartney, #the beatles
13 notes · See All
weirdlandtvText

Gold Key’s comic adaptation of The Beatles’ YELLOW SUBMARINE differs from the film in a few interesting ways: there’s a Sea of Consumer Products for example (image 1), and Lovely Rita makes an appearance (2). Plus many, many more puns and jokes. A nice sort of addendum really. Art by José Delbo.

Photo of George Harrison which was taken in 1978 by Olivia Harrison. I’m almost certain this was at the Row Barge.

NOTE: This is a cute story of two George fans who went to the Row Barge pub in Henley in the hopes of seeing him there. Angela Rennie is the same Angela who went to Friar Park in one of my favourite George stories.

Our friends and club members Angela Rennie and Anne Tishelman took a trip to Henley in Dec. but bombed out on seeing George, who was, according to brother Peter, in Bermuda for a while to escape the cold weather…but they did spend several interesting hours in Row Barge, the pub in Henley that George frequently goes to. Anne and Angela were kind enough to relate these things in a letter not long ago, and we thought it all most interesting and would like to share it now with all of you (thanks Anne and Angela!!)…

“When we got to Henley we asked the man at the newsstand if he knew of any bed-and-breakfasts. He tried calling a couple places but no luck. We came out of the station and saw the Imperial Hotel – we decided to try there because we were afraid we’d be stuck with nothing. It cost us  £7.50 EACH for one night!! The people in there were nice though. Two American friends of George’s stayed in there not too long ago. We took our stuff upstairs and immediately set off for the Row Barge. It was about 7 PM. We spent the next 4 hours in there hearing stories about George! They were all so friendly, I’m not surprised George likes it there. When we first came in there was only the woman who worked there and this man. There’s a photo of George on the wall with Edward Heath – he signed it to the guy who owns the place, “To Norman, a little fellow everybody likes – George and little Eddie”. They have a D. Horse sticker on the counter. A bit later this older couple came in, Phyllis & Tom. We went over and sat with them all night. They were amazed that we’d come all the way down from Edinburg (sic) and me from New York “just” to see George! They said that after Dhani was born George came in a lot and was so happy and proud and was telling everyone about him, but since he married Olivia he hasn’t been in much. George always came in a lot for years, sometimes Olivia would come too, but not much, until he married her. 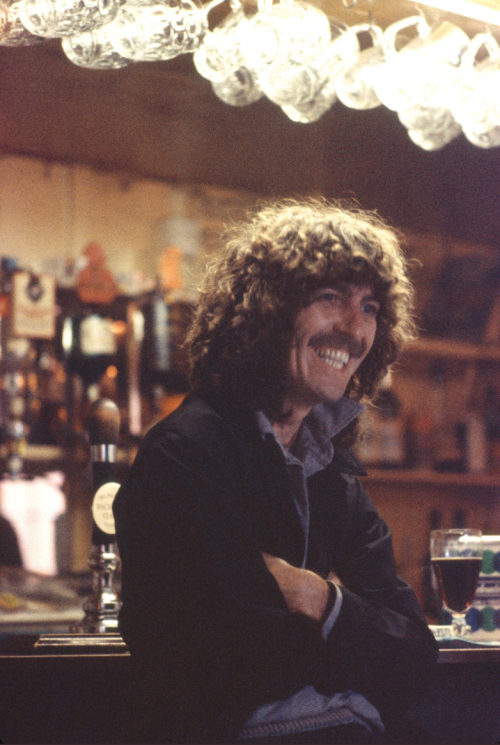 the beatles, let it be(e) poster design by @filipagomess on behance 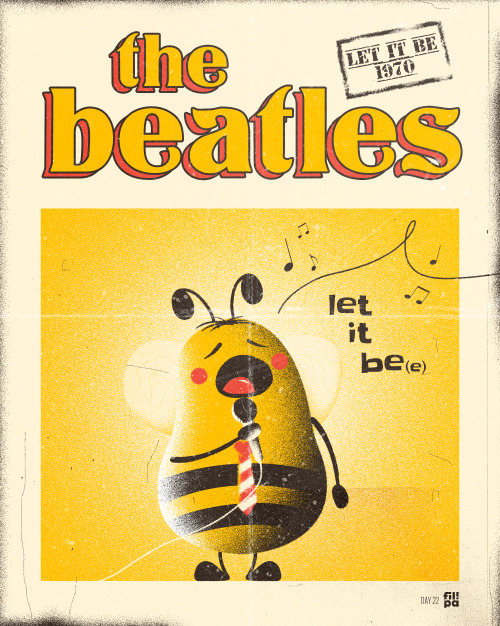 Day 23: a song with a color in the title

Random Songs I’ve Been Listening To This Week

Current hair,, this is the most fun I’ve had with it 😁

Half of what I say is meaningless,
But I say it just to reach you, Julia,
Julia, Julia, ocean child calls me,
So I sing a song of love, Julia.

This song, written by Lennon in 1968, serves as an ode to both his late mother and Yoko Ono. The literal translation of Yoko being “child of the sea.” It remains the only Beatles song he wrote and performed by himself.

#this is probably my favourite beatles song, #it's heart achingly beautiful, #john lennon, #yoko ono, #the beatles, #yes I know the baby is john's sister, #but there are so few pictures of julia out there
18 notes · See All
Next Page