kidnapped and left on earth as a baby, erik grows up as an outcast amongst the mortals. upon realizing his decents are the gods above, he pushes through trails and tribulations to reach his olympian family and prove his worth. along the way he meets charles, a young man with wit as sharp as erik’s sword and eyes as blue as poseidon’s waves. from there on, erik struggles to juggle the responsibilities of a rising hero and a hopeless romantic whose heart is lost in the mist of charles’ words.

A reminder that signups are now open for X-Men Remix 2020 and will remain so until eod May 24. We currently have 9 participants and are looking for more! Please don’t forget to sign up ASAP for this amazing challenge!

Remix Madness will run from July 1 - July 15 with more information to come.

this is cherik’s world. we’re all just living in it.

It could have been so good T-T

(Also there was Shaw’s son, Shinobi, which could have added an interesting side…)

#xmdp, #they should have written off the aliens instead of the hellfire club..., #this is pushing me in another rant about x-men episode
4 notes · See All
xmenremixText

Remix is now open for sign-ups at X-Men Remix 2020! Simply follow the instructions and complete the sign-up form to join. Dates again are as follows:

If you have any questions, please feel free to send us an ask thanks!

Every time there’s a post which highlights how kind and brave and clever Charles Xavier is, without erasing his defects because he is a well-rounded character:  *aggressively reblogs*

#charles xavier, #erik lehnsherr, #cherik, #xmen, #xmfc, #xmdofp, #xma, #xmdp, #professor x, #marvel, #comics, #in the comics he can be a jerk so let's gloss over that
30 notes · See All
enragedbisexualText

jumper by third eye blind is such a cherik song it actually hurts:

Things I actually enjoyed about Dark Phoenix despite it being a mess.

charles: you should be grateful i’ve always been appreciative of your dramatic ass instead of calling you out on it.

Okay guys, what if Selene hadn’t been killed in xmdp? (they didn’t actually show her die. They just show her getting nabbed. So let’s just assume that she didn’t die, okay!)

What if she she’s around Magneto when Charles comes to Genosha. She’s a telepath, and what if she uses her powers freely with Erik (you know just for communication purposes- “boss we have a community meeting in 10” or “we’re out of drinking water. We need you to access the situation” etc). A fact that Charles is incredibly jealous of. And as is with the boys, his jealousy burns on two levels:

1. First, that Erik is okay with letting Selene into his head but not him (Erik hasn’t explicitly forbidden Charles from entering his head, but he hasn’t invited Charles in either. So in true Charles fashion, he just assumes that Erik still doesn’t want him in his head).

2. Secondly because Erik seems to be spending a lot of time with her. That alone is enough to unsettle Charles. They haven’t defined anything in terms of their relationship after coming to Genosha, they’re still old friends. Charles secretly stives for their relationship to move forward, but what if he’s too late. What is Selene took his place instead? 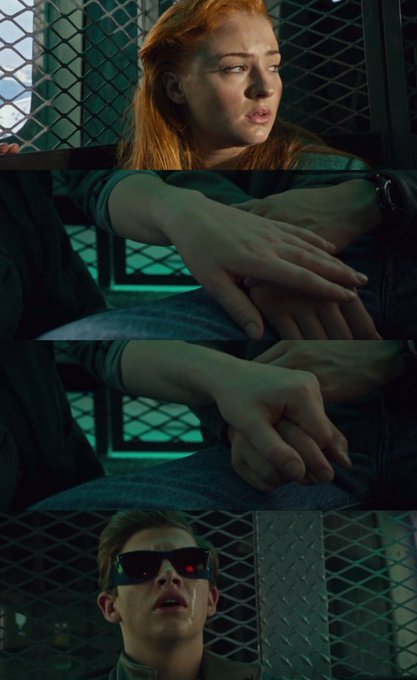 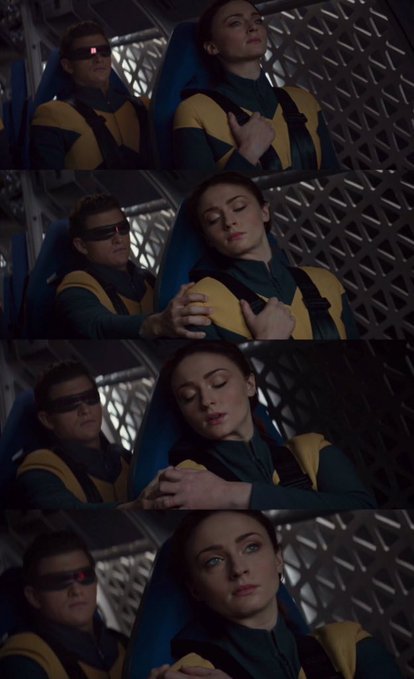 rewatching Logan, who is right now passing on tv. (this is the second time I’ve seen this movie because it makes me sad)

In a part at first they talk about someone having died a year ago. Then Logan sees a comic that shows a funeral (it actually reminded me of mystique funeral in dark phoenix). So before Charles dies, he talks about Winchester, what happened there. (He doesn’t go into details).

One year ago. He lost control of his powers, and probably killed everyone in the school. Including Erik. Assuming, after Dark Phoenix, and DOFP final, they return to the mansion.

But the good thing is Logan see a comics, and shows him and the Rogue - that left me in tears.

now I remember why I prefer to pretend that Logan didn’t happen (too sad, but i wish some fics about tbh)