Tumgir
AboutPrivacy Policy
AboutPrivacy Policy
Visit Blog
Explore Tumblr blogs with no restrictions, modern design and the best experience.
Fun Fact
Pressing J while looking at a Tumblr blog or home feed will scroll up on the page, pressing K will scroll down. This is helpful considering a lot of the Tumblrs feature infinite scrolling.
Trending Blogs
#acceleration
nicklloydnow
Text
‘The Only Thing I Would Impose is Fragmentation’ – An Interview with Nick Land
‘The Only Thing I Would Impose is Fragmentation’ Interview with Nick Land  by Marko Bauer and Andrej Tomažin In your 2014 book Templexity: D
synthetic zerø

It’s sort of stolen from William Gibson, so it goes right back to the mid-1980s. I think you’re totally right to say that now is an excellent time to return to it. So what happened to America? If I was gonna say it in a nutshell: after roughly half a millennium during which the main driving force of global history has been to achieve the integration of larger and more powerful states, directed by a group of strongly universalist ideologists that basically think that the larger your aggregation and the larger the set of common rules that can be imposed on them, the better, we’re seeing a tidal reversal of truly historic scope. The basic tendency now is disintegrative. So what I see happening to America: holding itself together is going to become increasingly challenging.

Let’s return to our first question on America in this very historic moment, which is folded in with semiotic patterns and intensive regularities that seem to be tweeted and spread in a certain post-factual discourse into an image of the real, which one retroactively cannot distinguish from the real anymore. Is fabrication of fake news in Veles, Macedonia, during the US elections, a way to ‘propagate escape routes’ as you see it, or is it an ephemeral event with no significance?

I would definitely think some sort of a dismissive response along the second line would be grossly complacent. Is it an escape route? There’s definitely a relation to escape. This whole fake news phenomenon is hugely important and historically significant. At the moment I’m completely captivated by the strength of an analogy between the Gutenberg era and the internet era, this rhythmic force coming out of the connection between them. Radical reality destruction went on with the emergence of printing press. In Europe this self-propelling process began, and the consensus system of reality description, the attribution of authorities, criteria for any kind of philosophical or ontological statements, were all thrown into chaos. Massive processes of disorder followed that were eventually kind of settled in this new framework, which had to acknowledge a greater degree of pluralism than had previously existed. I think we’re in the same kind of early stage of a process of absolute shattering ontological chaos that has come from the fact that the epistemological authorities have been blasted apart by the internet. Whether it’s the university system, the media, financial authorities, the publishing industry, all the basic gatekeepers and crediting agencies and systems that have maintained the epistemological hierarchies of the modern world are just coming to pieces at a speed that no one had imagined was possible. The near-term, near-future consequences are bound to be messy and unpredictable and perhaps inevitably horrible in various ways. It is a threshold phenomenon. The notion that there is a return to the previous regime of ontological stabilization seems utterly deluded. There’s an escape that’s strictly analogous to the way in which modernity escaped the ancien régime.

Then how do you see the new philosophical program of Reza Negarestani, and what do you think about his antagonism with Scott R. Bakker’s Blind Brain Theory?

My inclination is to be on the Scott Bakker side. I might be missing something, but I can’t recall ever reading a piece by him and thinking that’s wrong. It always seems to me, you’re totally right on this. Often brilliantly in a way that you have not seen, but as soon as I see it, I concur with it.

Were you so pro natural sciences before you encountered his thought?

I think that natural sciences and capitalism are different aspects of the same thing. Both are an effective self-propelling mechanism that gives the Outside a selective function in a domain considered, that domain being perpetually expanding, depending on how much autonomy you’re seeing. In that sense to be on the side of the natural sciences is to be on the side of the Outside. But there are all kinds of silly ways you could be on the side of the Outside, just as there are a whole bunch of silly ways you could be on the side of capitalism. You could say, the bourgeoisie are great, very admirable people, or, I love this company. I am not saying there’s never a case for that, but you’re totally missing the point, just like you’d be missing the point by saying, this particular scientist is a great guy and I think he is really honest and I trust him. It might be he is a great guy and he might be really struggling to be honest and he might be much more trustworthy than most people, but this misses what science is about. Science is orientated against scientists, capitalism is oriented against businesses. These are processes that are in a relation of subjecting the elements within their domain to aggressive destructive criticism with some kind of selective criteria, which means they push things in a particular self-propelling direction.”

‘If we remain diligent, we have the power to control this virus; if we relax, make no mistake: 2021 could well be far worse than 2020’
Washington, D.C., January 13, 2021 (PAHO)— The appearance of new variants of the COVID-19 virus in several countries of the Americas, combined with an acceleration in the virus’s spread in virtually every country in the Americas, makes it urgent to continue public… 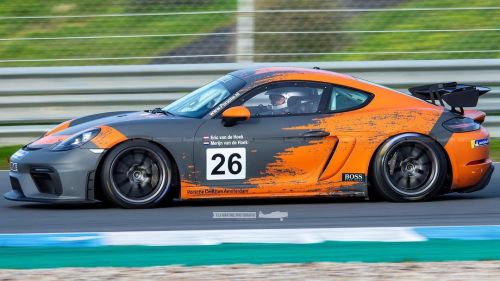 This acceleration is for any change in velocity. It doesn’t matter if the object is increasing or decreasing in speed—it’s still an acceleration. If you know the acceleration for something, you can find the stopping distance using the following kinematic equation (here is a derivation if you want it).

Illustration: Rhett Allain
In this expression, v1 is the starting velocity (20 mph in this… 1) a rocket moves upward, starting from rest with an acceleration of - Assignment Help

1) a rocket moves upward, starting from rest with an acceleration of – Assignment Help 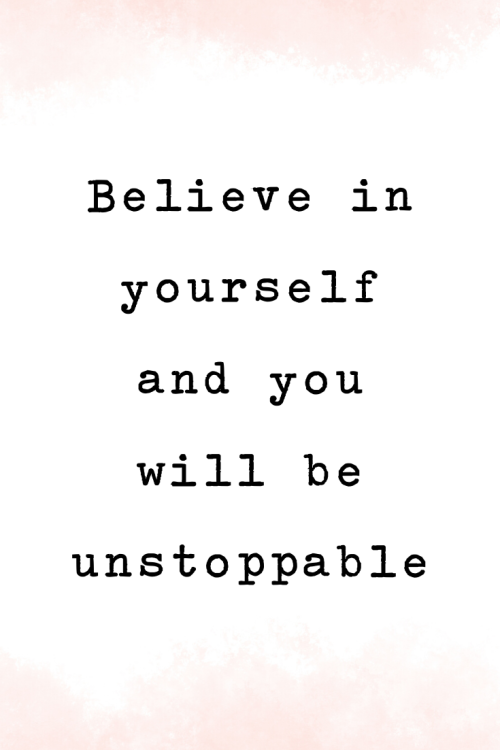 We begin by speaking of the traumatic event, but this is only to illustrate our overall message – a message to all and for everyone in particular. The experiences of traumatic events simply serve as the best entry point to explaining the process of unfolding of the mind.

Traumatic, or highly differentiable, experiences imbue a sense of seriousness onto one’s actions and their potential consequences. It is an imposition of causal thinking – actions and consequences – through memorable discomfort.

Those who are unfortunate enough to have such experiences are much more likely to find themselves witnesses to their own impulses, their resultant actions and their subsequent fallout, socially speaking. However, seeing as human interaction of any sort is a social event, anything which is not social is merely an ephemeral notion which has not been made material and is unable to be conveyed or communicated from one to another.

In essence, these people tend to become far more self-controlled (though, not always rationally so), in that they know their feelings and sensations. Not generally, but they understand the physiological sensations of particular emotions, in response to some aspect of their immediate environment, and often identify with them in some manner such that they begin to self-censor.

Often this self-censorship accumulates and the individual becomes more and more aware of these things even so far as to perceive other people’s neglect to do the same for themselves. Once this process begins, the self-censoring individual begins their transition to hermitude and slowly, but surely, they begin to recede back into their shell.

At this moment, the individual has two options. The first is the immediate adaptation, the idea that it would be best to remain a hermit while ignoring the innate dependencies of modern society. However, these innate dependencies are undeniable, and anyone remotely awake will understand that there is no full escape from the modern world. We know it is not entirely bad, but we can’t seem to see any of the good for ourselves. At least not long enough to convince us of anything worthwhile.

The second option, which may be dependent on the first, is to retreat into the mind. To determine who you actually are, who you are as an individual and to understand that the mental feats are nothing more than the most obtainable means of individuation. Take note of those things which you like and take note of those things which you like about them. Write about them. Draw them. Imagine them in your head. Take apart their dimensionality – how they feel, how they sound, how they look – and reconfigure it. What would [what they feel like] sound like? What would [what they sound like] feel like?

The enlightened mind is the one which can cohere to the minutest of details and the most micro of processes. When the roots of the tree can be called the foundation or the feet and the realization that the word, or the label, is not of importance but, rather, it is particularly this part of the tree which we intend to speak about or to convey in some other particular medium, all relative to some particular context.

If I want to speak of friendship as the roots of society then we may accept this meaning as something which holds society in place and enables it to grow. These are far from the only interpretations and are certainly not attempting to be absolute or universal in truth. The meaning only matters when we have a reason for meaning. Many words hold manifold meaning and together they create interactions of meaning which give way to new meaning. The alchemy of the universe is the chemistry of meaning – of symbols, images, words, pictograms, anything you can possibly interconnect, cohere and convey.

Communities and societies have always taken meaning for granted because more often than not, meaning was imposed upon society and the propensity to conform upheld certain structures, orders and norms. It is Tradition rather than meaning that most of us are raised with. Tradition is predominantly ritual and is susceptible to decay with time. When the traditions which uphold complex societies begin their dissolution – which is always untimely – the noise within society increases and irrational behaviors multiply as the masses are forced to recognize the faults of their tradition and to do what nature always does – find some means to stabilization along the path of least resistance. The inability to explain the rituals which many of us grew up with is frightening and the accelerating world offers little aid to those fumbling for their footing.

This footing can be found, however, and it is found in coming to know the mind. To understand the experience of the world and to rightly place the mind back to its proper place upon the shoulders, above the eyes and standing over the heart.

Once you know yourself, all things come of interest. The world and the universe coalesce into absolute coherence, entirely particular to yourself.

Make a world of all things and you will soon find yourself alive and living upon it.

Is It Time to Hibernate or Accelerate Your PR Efforts?

Is It Time to Hibernate or Accelerate Your PR Efforts?

Most companies were forced to throw their 2020 plans out the window.  As the first wave of lockdowns began last March, companies tended to utilize two distinct strategies—hibernate or accelerate.
When I say hibernate, I’m referring to companies taking a more defensive, protective approach. Many of these…