Title: Goddess in the Machine

Andra wakes up from a cryogenic sleep 1,000 years later than she was supposed to, forcing her to team up with an exiled prince to navigate an unfamiliar planet in this smart, thrilling sci-fi adventure, perfect for fans of…

“What’s it gonna be, Decadin?” The waitress asks, then corrects herself: “Master Decadin.”

“No no, it’s still Acolyte.” He keeps his eyes fixed on the menu in his hands. “I’m still looking, let the lady order first.”

“Alright, how about you?”

“Steak and tubers for me.” Lhusel answers. Decadin knows she’s been coming here semi-regularly, she didn’t even have to check for what she wanted. Sensing it’s his turn, he lowers the menu. He knows for a fact he got the waitress’s name once, but he must have forgotten it. Too many important things to remember.

“Do you have horse meat?”

“I’ll take the steak and tubers as well.”

“Alrighty, we’ll have it out soon!”

She takes their menus and darts off. It’s a busy afternoon and Carnifeast is understaffed. Once she’s out of earshot, Lhusel leans in and whispers:

“Horse meat?! Do you have any clue how crazy you sound?”

“It sounds weird, but I swear it’s good. Had it in Wojpier multiple times. It’ll take awhile to cross the ocean, but I think it’ll be big someday.”

“Wow,” she shakes her head a little, leaning back to subconsciously mimic his posture. “You must be up to a lot of exciting stuff.”

“Oh, I am!” His eyes light up. “They were parading me around to all kinds of ceremonies. Honouring the troops, opening towers. They like my speeches, as long as I slow down for the language barrier. I’ve gotten to try a lot of exotic food. It’s an acquired taste, but I’ve started to like it. It’s a fascinating culture, really.”

“It must be wonderful.” She smiles. “Making connections?”

“Talking to some big names, yeah! The colonial administration’s made up of very accomplished people, and they’re surprisingly generous. The native leaders are still making a stink about the whole thing, won’t even look you in the eye, but the people on the ground don’t resent the whole being-conquered thing.”

Lhusel’s eyes narrow. “Are you sure about that?”

“How much attention are you paying to your audience?”

“Well it’s a different culture, so you can’t always rely on the same standards. But from what I can see, they’re engaged and they believe what I say.”

“You rehearse a lot, right? You’ve gotten better at this. You’re used to people listening to you talk.”

“How much of that engagement is what’s actually there, as opposed to you just seeing what you’re used to seeing?”

Decadin grimaces. “Look, I’m still an engineer at heart. We can’t afford to only see what we want to see, you know that well. I mean, you never see what you want to see.” He smiles. She doesn’t.

“You know the Wojpierans are people, right?”

“Obviously. I don’t think there’s anyone who denies that.”

“You might be surprised. Anyway, people tend to be upset when you take over their land and impose your religion on them.”

Decadin waves the comment away. “There’s the damn Eej-Landian in you.”

“No. Listen.” Lhusel leans forward, her lion eyes staring him down. “I know how you’re used to doing whatever you want and succeeding just like that, because you’re just so brilliant.”

“And you are, I acknowledge that! And you’re reaping the rewards now, building the world you want to see. But you can’t let that excitement cloud your senses. All I’m saying is you might be assuming Wojpieran villagers are thinking all these wonderful things about you just because they haven’t put your corpse on a stake!”

An uncomfortable silence. She blinks, lets the scenery catch her eye, but Decadin keeps his gaze locked on her. This isn’t the Lhusel he knows. She used to believe in him.

“If you’re done undermining me,” Decadin picks up his bag from beside his chair, setting it on the table between the two, “here’s what I wanted to show you.”

Alright, starting over. “Sure, go ahead.”

He opens the bag, and with dramatic flair he spills a dozen pyramid-shaped objects out on the table. Ranging from the size of a fingernail to a fist, each is made of plastic with a battery embedded in the center.

“Huh.” Lhusel picks up the biggest one, turning it over in her hands. “They all landed bottom-down.”

“Turns out that’s a feature.” Decadin explains, watching her examine the device with her characteristic curiosity. Now this is the Lhusel he knows. “The power source does some finicky things with gravity.”

“The battery is. You can turn it on by twisting the tip, by the way.”

Lhusel turns the top of the pyramid, and when the edges click into place, the trinket glows like a bulb. “Neat.”

“There’s a company that wants to make tons of them. They’re trying to get the jump on a new technology, after some professor poured his research budget into designing what I suggested was possible. I’d love to meet him someday.“ Decadin grins. “The batteries in these things safely hold mana and convert it to electrical energy as needed. And they constantly top themselves up as they’re expended. They use the Aether as a power source!”

“This… This is real, Lhusel. History stands open, and we have the chance to change it, forever. For the better.”

She turns off the pyramid. “We.”

“I know what you’re thinking, but I mean it. I brought so many because I told them I had a friend who’d be interested in tinkering with them, who might find something.”

“Those ‘big names’ you’re talking to. Are any of them in tech companies?”

Lhusel looks at him. “Have you shown anyone the Spinning Flyer prints?”

She puts the pyramid down. “Why not?”

“But you know how much it would have helped me.”

“Even if I explained to them how it works, there wasn’t any chance they’d say yes.”

“The worst they could have done was say no.”

“No, the worst they could have done was cut me out of future events because I was crazy enough to try to convince them to get on board with a design that’s absurd on its face, drafted by a heretical female dropout.”

“Does that make me wrong? I literally built the thing, it works as expected.”

“Of course it doesn’t, but they don’t think about that! Personal ethos is everything in this world. That’s why they wouldn’t give you a second thought, and they’d do the same to me if I tried to promote your work! I’m sorry, but it just wasn’t possible, and even trying would have been too risky.”

“Since when has risk stopped you?” Lhusel’s tone drops a note. “You overcame risk every step of the way. You’ve taken so many chances and it’s almost always worked out for you. Some of us aren’t so lucky, but you are. And I think that if someone with power like yours also wants to believe he has a conscience, he has an obligation to create opportunities for those who weren’t so fortunate.”

“Well I think that saying I should implies that I could. But I couldn’t. Again, I’m sorry that I can’t help you get the success you deserve, and I’m sorry that my success makes you jealous.”

Lhusel furrows her brow. “It’s not about jealousy, it’s about justice.” She picks up one of the smaller pyramids. “If I did decide to take some of these home, play with them and improve them, what would you do?”

“Don’t think of something. Just tell me.”

“Alright.” Decadin leans forward. “I would have told them that one of my associates found some ways to improve the design, and I recommend we’d go forward with them.”

“And would you have given me a cut of your side of the profit for that?”

Lhusel shuts her eyes tight, holding back an inferno. “I could have been bitter about my expulsion. I could have resented you for how unfair it was, how your gender and your religion let you stay while I got kicked aside.” She opens her eyes and puts down the pyramid. “But instead I stuck with you, and I worked on your Aether Suppressor for free, because you didn’t have the budget to pay someone for it.”

“That’s right, and I’m still grateful for that.”

“But not grateful enough to pay me back for it now that you have the chance?”

“I told you, if you asked I would have done it.” He keeps his gaze locked on her, picking up pyramids and putting them back in his bag. “But don’t get mad at me for lacking the generous instinct you have. When you helped with the Suppressor you asked for nothing. If you wanted a cut of the profit from these I would have given it to you, we could have agreed to it. But you having expected me to push the Spinning Flyer this whole time? That’s another story. I might have turned your offer down if I knew you’d ask me to risk compromising my future success by trying to carry you with me.”

“You wouldn’t have that success if it wasn’t for my help!”

“I know, but it wasn’t a transaction!”

“You’re right, it wasn’t. I’m not asking you to show the insiders my designs as payback. I’m asking you because we’re friends, and we do what’s in our power to help each other. That’s what I did for you, and even if you hadn’t let me, I’d be asking this of you now. Because that’s what friends do. I think you owe me that much. And I think you know it too.”

Decadin puts away the last of the pyramids. “Well,” he times the closing of the bag with his pause, “maybe I don’t want to be friends with someone who doesn’t support me, and who tries to use my success for her own gain, and who guilts me when I refuse to sabotage myself for her impossible dreams!”

They both see the plates of food before they see the waitress carrying them. “Here we go, two steaks and tubers!” She announces, setting both on the table. “Is there anything else I can get you?”

“No, thank you…” Decadin trails off. Still can’t remember her name. Too many important things to remember. Lhusel remembers. She can tell he doesn’t. They eat in silence.

Yaldev is a fantasy/sci-fi worldbuilding project based on Beeple art. Through a combination of narratives, in-universe documents and stylized loredumps, it reveals the story of a planet in magical pandemonium, the nation which rose to conquer it, this empire’s inevitable collapse and the new world which emerged in its wake. The project has major themes about perspective, imperialism, nationalism, nature and the metaphysical battle of law against chaos. For all stories in chronological order, check out the pinned post on the subreddit at r/Yaldev!

Empty cities have long been a post-apocalyptic trope – now, they are a reality

Empty cities have long been a post-apocalyptic trope – now, they are a reality

Paul Dobraszczyk, UCL
Carry out a Google image search of the phrase “28 Days Later” and among the many stills and publicity images for the 2002 horror film, one will find a scattering of photographs of London taken during the first COVID-19 lockdown in late March and early April 2020.
At that time, some Londoners described the emptiness of the city as feeling “like the…

// Darling in the Franxx 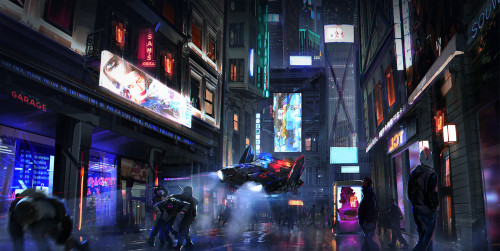 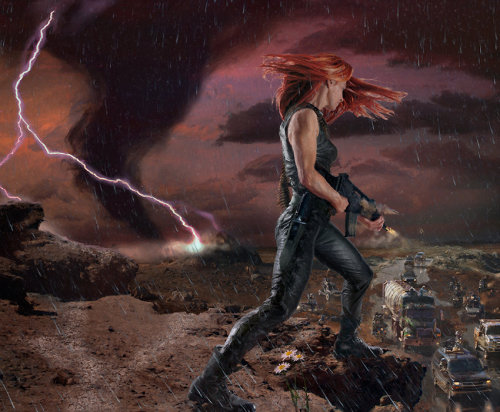 Set in the future in a wilderness (‘the outlands’), one patrolled by exterminators like Sean Connery’s Zed: they cull the surplus population at the behest of their god, Zardoz, who manifests as a huge floating stone head. What I am reading today!

Last week I finished Umberto Eco’s The name of the rose!

Are you reading some book? 🥰 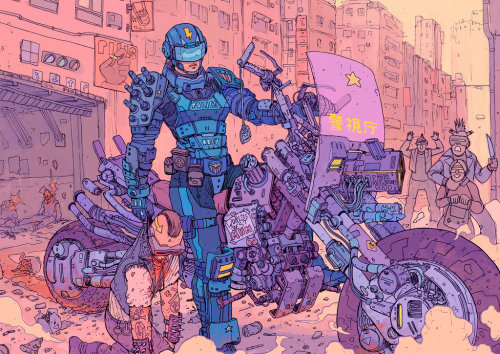 Some more spider works, because the aesthetic™ calls for creation