source https://www.reddit.com/r/Futurology/comments/kysfo4/employees_at_home_are_being_photographed_every_5/
#Future#Futuristic#Future oriented
0 notes
skapis9999
Text
The Counties of Birth of Current United States Senators (only 95/100 were born in the USA)
https://ift.tt/3ik2RSd

Submitted January 17, 2021 at 03:22AM by JackForReddit06
via reddit https://ift.tt/2XTzCfr
#IFTTT#reddit#maps#map#politics#data#future#interesting#cartography#europe#USA#US#history
0 notes
skapis9999
Text
Dallas-Fort Worth has swung sharply to the left during the Trump era. Biden was the first Democrat since LBJ in 1964 to win Tarrant County. Even previously blood red Denton and Colin Counties are getting patches of blue. Here’s the results by precinct (H/T=@umichvoter99)
https://ift.tt/3bIYuyQ

Genuinely i just want to go live on a farm or a cottage with chickens or something and get away from everything but does anyone wanna come with me so they can do all the farmy stuff and i can just sleep in and not do work and deal with my family?

I’m looking for a time machine

To find the answers to my questions

In either the realms of ancient times

Or amidst the apocalypse up ahead

That day when the thrill of a new beginning kept me awake, when I could frolic in ignorance; I wish I could once again feel the way I did that day. I was only ten years old. The clouds, scattered along the dark sky, yawned and the view from the window was nothing but a barren horizon, but that did not make me weary. Instead, my eyes were forced open as warm blood tensed my muscles to the point where I could burst out of my skin. Ma urged me to rest but the voracity of my thoughts, clawing through my mind, and the trembling of the bus, over nothing but dust and rocks, made rest sound like a pipedream.

Fulgeo City, capital of the world, beacon of prosperity, shining forefront of technological development, and soon to be my new home. I don’t know how long Ma had been saving to get us here but I sure am glad she did. When I heard the news I must have thanked her more times than weeks I’ve been alive. I have dreamt of being in Fulgeo City for years, dreamt of seeing it with my own eyes. At the time, I only knew the stories, the ones old travelers told when they stopped at our inn looking for things Ma said I wouldn’t understand. I remembered being captivated by those stories.

“Solid steel buildings that touched the sky, people with bejeweled arms of gold, and all the colors of the rainbow dancing around every street corner” Or at least that was one of the old stories.

My friend Thomas, who was two years older, would never believe those stories.

“If there are such places in the world why would anyone leave? He would scoff and roll his eyes, everytime I brought up the topic. “And why are things so different here?”

I could never answer those questions, and so I ignored them. Even though I looked up to him, he worked so much harder and always knew what to say with the elderly, I wanted to believe such places existed, I needed to believe in a paradise.

Then through the spotted window of the bus I saw them, the magnificent silver pillars that stretched beyond the clouds, illuminating the sky in such vibrant and vivid colors I had never seen before. My mouth hung, dumbfounded until a smile curled on my face. I wanted to dance and twirl, but I restrained myself for Ma’s sake.

Soon after, our bus entered a terminal within the walls of the city leaving the desolate wasteland behind us. I could feel the energy buzzing the moment we rolled in, my cheeks ached from smiling too much but I still shivered in antici-pation. I looked around the rest of the bus, quickly swinging my head, to see the reactions of the other passengers. Some had faces as bright as I did, despite being much older. Others were slumped down in their seats groaning leaving the view unnoticed. Another man in the back left corner was rocking back and forth, I couldn’t see his face but I thought he shook with gle like I did. Oddly, those who tried to sleep, with the exception of the rocking man, were all wearing similar ratty orange clothes and peculiar metal bands on their right wrists. At the time I presumed they were all from the same clan.

The bus lurched downwards, we were entering the underground portion of the wall. This part is a little fuzzy in my memory. Moments lasting eternity passed before we exited the bus. Ma and I, along with the other passengers were separated from the others in orange: at the time I thought it strange but I wasn’t concerned for long. I passed the last security post and approached the stairs to the city ground, my new life. My heart was racing but I was able to keep my cool. Ma and I reached the top of the stairs and I peered into the world of my dreams. But the scene that should have been met with long awaited cheers or perhaps tears, instead resulted in a blank stare and then a lowered head.

Car exhaust and gunpowder trampled the air. My skin tingled as if being pelted by heavy rain drops. Loud sirens punched my face. It was not that the stories weren’t true, they were just not how I imagined them to be. The colored lights did not delicately dance across the streets, but they flashed and blinked violently as if they were wild coyotes fighting and scrambling over scraps. The streets bustled with footsteps from people with metal arms, but something was off about them. The people seemed to snarl and grimace with every turn of their heads. Tall buildings lined the streets and glowed in the dark, but they seemed to have sinister faces looming in the air.

Ma grabbed my hand, I almost jumped. She didn’t hold it like she did when calming my nerves; her grip was tight and she wouldn’t let go.

“Come on,” she said, her voice soft yet loud. “Let’s find where we are supposed to stay the night.”

I nodded and held her close.

We walked slowly taking one step at a time, chaos unfolded around us but I didn’t look. I heard gunshots, the lighting of fire on gasoline, the smashing of glass bottles and windows. Sounds I rarely heard back home. I kept my eyes straight, and when the noise got to close I would close them and pretend it was all in my head. We made it to our apartment that night but we didn’t sleep. We were afraid of the noises outside. Now I don’t sleep for a different reason, I am afraid of the nightmares that come from dreams.

Submitted January 17, 2021 at 01:48AM by Darkktouch
via reddit https://ift.tt/3iiWheN
#IFTTT#reddit#maps#map#politics#data#future#interesting#cartography#europe#USA#US#history
0 notes
skapis9999
Text
Here are all of the rivers and waterways in Africa, coloured according to the major hydrological basins they are part of. Zoom in! [OC]
https://ift.tt/38QGVer 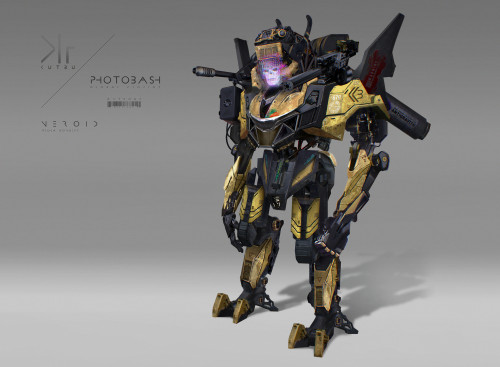