“You are loved George. Thank you for a gift you didn’t even intend to give. A spark of empathy that humanity needed to evolve from an outdated caterpillar to a beautiful butterfly. I cant help but feel your soul is a significant piece of the awakening…❤️ This one is called, ‘The Eternal Life of George Floyd’.” ~Ivana de Love {painting by Ivana; animated by beauty-funny-trippy}

Idgaf about Jada and Will or any other celebrity gossip for that matter. People are getting evicted and people of color are still being murdered while their parents mourn and fight for justice and their killers run free.

Hot take: seeing headlines about celebrities and celeb fueds, fashion, influencer drama etc makes me feel like we’re watching District 1 on their bullshit while the world is falling apart behind the camera.

While we’re on the subject of human rights abuses, George Floyd’s murderer, Derek Chauvin, rather callously remarked in court today that “It takes a heck of a lot of oxygen to talk.”

I’m usually not a fan of the Death Penalty, but it’s awfully rare that we come across such a blatantly horrific person who doesn’t seem to be a mental case.

He seems pretty well put together for a murderer, wouldn’t you agree? Therefore he’s mentally competent enough to understand the consequences of his actions, and therefore mentally competent enough to be hung for his crimes, or electric shock, or lethal injection, or firing squad, i think the punishment should fit the crime, so let’s go with hanging.

I think I’d also like to update everyone on his wife who, last time we checked, was divorcing his ass.

From what I’ve read about her, she seems to be a rather impressive, self supporting realtor who doesn’t wish to be associated with a murderer, can’t say I blame her, I’d do the exact same thing.

just a reminder that sure, putting black lives matter on 5th avenue is a badass move, but do you know what’s even better? actually doing something about the FUCKING POLICE! we are not protesting and fighting for murals, or to take down tv shows, or anything along those lines. sure, these are all good things, but there are bigger and more urgent things to do. we are protesting police brutality and racism. we are protesting to defund the police and to bring justice. to make cops stop killing black people for the color of their skin. don’t stop fighting. don’t stop reminding everyone that black lives matter. don’t stop trying to get justice. we still have a long way to go. and to all the white people getting tired? remember that black people deal with this every day. they don’t have a choice. and now it is our turn to help and to fight, because we have not had to put up with it for centuries. also, i am an underage teen who has no money of her own and cannot go to protests, but i still try to help. i sign petitions, i urge my family to do things, and i try to spread the word. and YOU SHOULD AS WELL. even if you don’t have money or the ability to go anywhere, you can still educate yourself. please, just don’t stop fighting. also, follow black leadership.

Just a little reminder, the fight isn’t over. We gotta keep going!!!

Do not fucking follow me if you don’t support Black Lives Matter and don’t agree with ACAB. ❤️

J Cole said: “there’s no such thing as ‘good cop’, rather good and great people who ARE cops” #thatsreal

I really hate glorifying this ignorant question with a response. You sound like my parents right now and it disgusts me.

“He didn’t deserve to die… but here’s a list of reasons why it’s not as clear cut as you think.”

I think it’s pretty damn clear cut. Even if he resisted arrest, even if he was on drugs, even if he committed a non-violent crime, George Floyd did not deserve to die. No one deserves to die while being placed under arrest. Resisting arrest is not a death warrant.

Why did he “resist arrest”?

I don’t know - why did Derek Chauvin kneel on his neck for almost nine fucking minutes?

You say he “made himself look guilty”. Guilty people aren’t supposed to die either. I don’t give a shit if he dealt drugs, resisted arrest, if he had a false $20 bill, or if he had any other nonviolent crime attached to his name - none of that warrants death.

In all honesty, it doesn’t fucking matter what Floyd did or did not do. It’s about his murderers and the way he was treated. Had I, a white female, been in possession of a false note in place of Floyd, the cops probably wouldn’t have been called in the first place. It would probably be a big, easily correctable mistake. And if the cops were called, I know that I wouldn’t have been kneeled on for nine fucking minutes.

For Floyd, it was his life.

It doesn’t matter what drugs he was on, what drugs he was in possession of, what nonviolent crimes he has or has not committed, or how guilty he was - a cop is not meant to act as judge, jury, and prosecution all at once (in the US, we have separation of powers - those that enforce the laws are not the same as those that try people for crimes in court).

I cannot truly and wholeheartedly explain someone else’s behavior - especially someone I don’t know personally and that I lived two time zones away from. I haven’t seen the video because of how graphic it is, but I’ve seen enough pictures and I’ve seen outrage and I’ve seen grief.

Even people that resist arrest and even people that are guilty aren’t meant to be killed before they receive due process. What Floyd received was not due process, but a death sentence from a group of police officers.

Death sentences are for serial killers and mass murderers, not for people that happen to have a false $20 bill.

Black men, shoot straight. How do you maintain your sanity in this crooked society?

I cope by connecting with any Oshun in my vicinity.

Did you hear this, or are you still depending on the mainstream media to tell you who’s racist and who isn’t ? 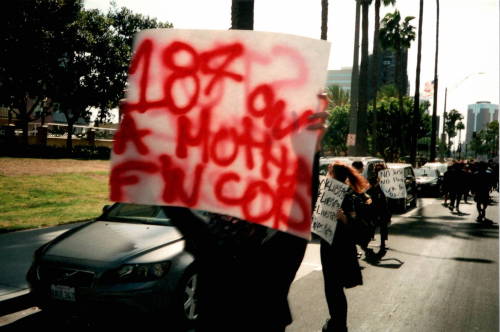 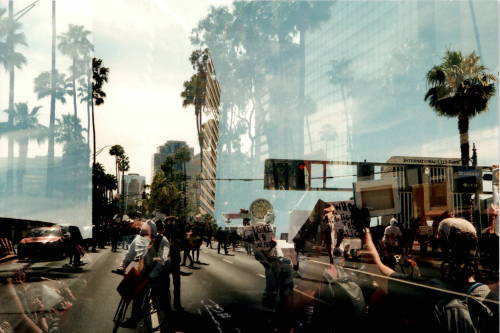 ‘I believe in Liberty for all men: the space to stretch their arms and their souls, the right to breathe and the right to vote, the freedom to choose their friends, enjoy the sunshine, and ride on the railroads, uncursed by color; thinking, dreaming, working as they will in a kingdom of beauty and love.’ -W.E.B Du bois 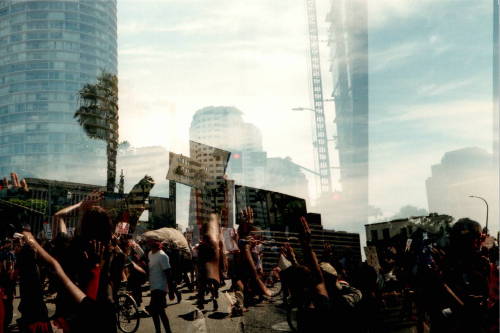