As prideful as she is has the right to be

I’m working on developing all my characters for my comic! Also I never knew how many random things and poses you need to know how to draw before you start drawing comics. Jeez.

13 year old me would be dead, finally giving my old ocs some love

These are two challenges in one, I’m doing the 31 days monster challenge of @franki-lew-yo and the wisptober of @owlyjules

Just a young harpy, resting on her giant cushion with her black kittens, listening to the news (gossip) of her neighbor and friend the augur. 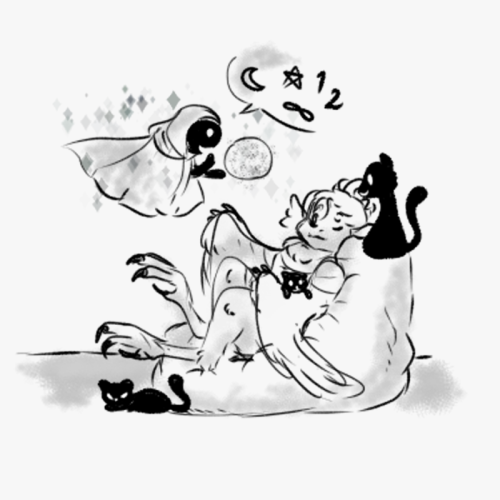 There were many changelings that called the dusk forest their home, but few seemed so well adapted to the ruined landscape as Noami. As the trenches appeared riddled through ruined trees, she stalked above them in search of food. And from one of the deep wounds in the earth, a dead cherry tree still stood. It’s skeleton creaking in the wind as small bone chimes clattered softly against its bark. Some of the chimes might have been from her twin brother who had fled the violence with her a hundred lifetimes ago but if so, she didn’t remember which ones anymore.

She had become a thing of hunger. Though once she had been a girl, she had bloomed into an ancient thing of teeth and wings rather than a woman. And while some bats in the forest ate sweet fruits, Noami was more inclined to feast on her own kind, bats, and even if the opportunity allowed, other changelings. Some treats were just that much sweeter.

This painting is of a character from my story, “Vespers” (I also call it ‘Sweet Tooth’ at times…) 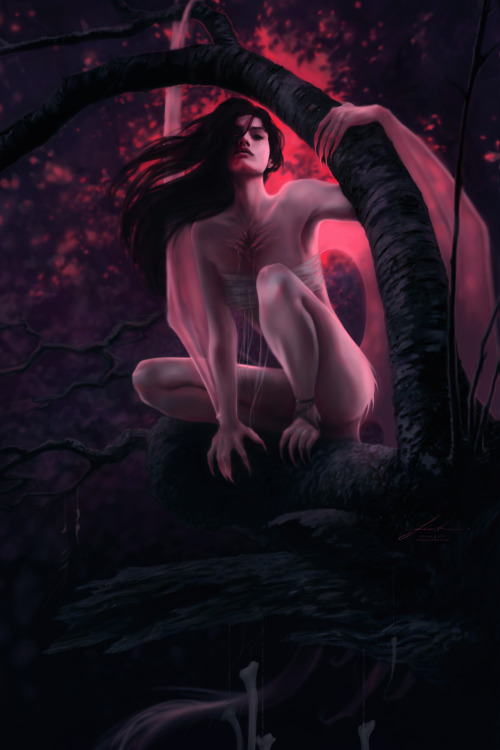 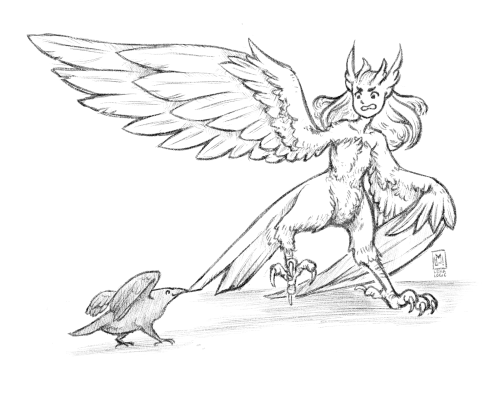 half assed this drawing of Toshiko LMAO all of my monster boys and the prompt list I used! its not terribly different from the usual list online but just in case anyone wanted to see mine lol 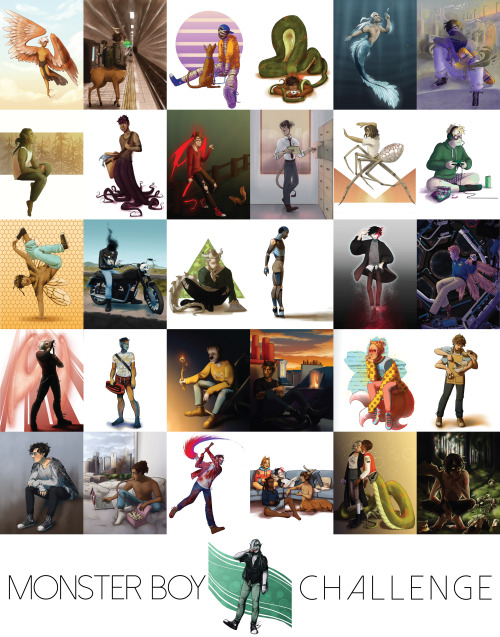 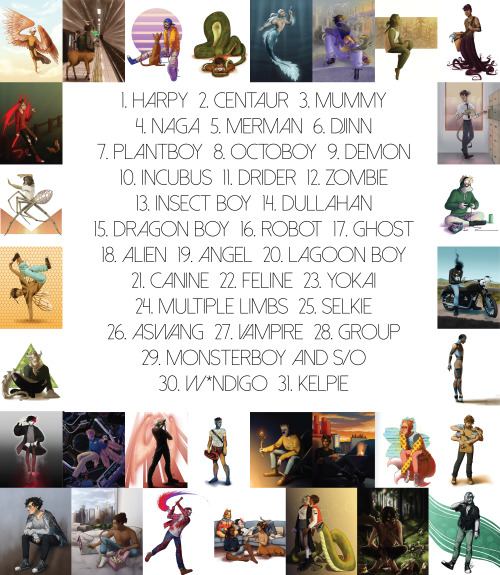 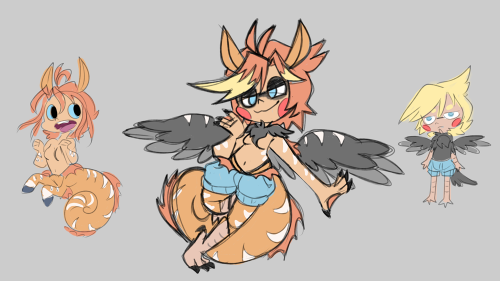 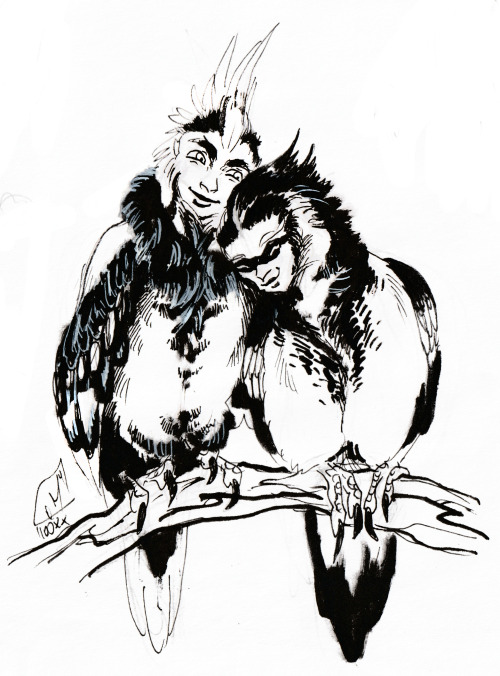 I’m gonna shake up the system” 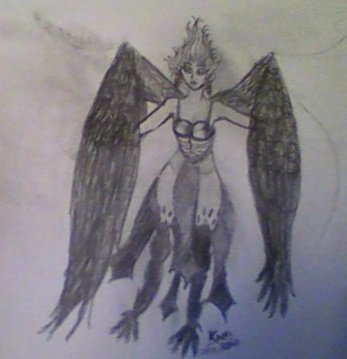 if yall wanted to know the main ship of the series, it’s pre established AND gay

what more could ya want? 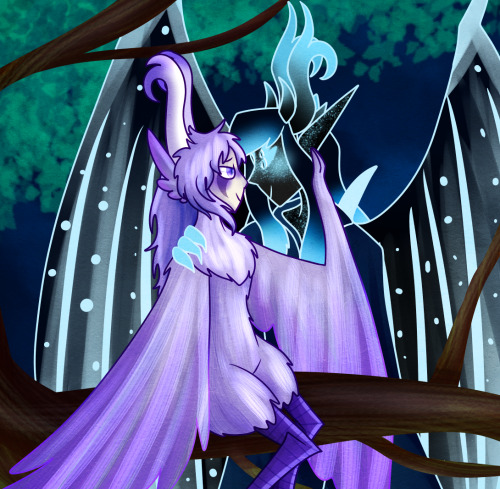 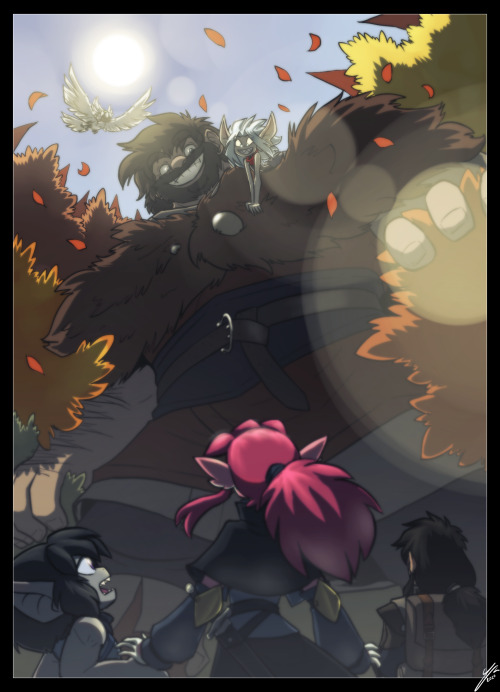 This Year for Sure

For Month of Fear 2020, week 4: “Costume”.
“Every year prior she had wanted to go up to him and introduce herself, but dreaded rejection for what she suspected was a costume that left much to be desired. But this year she had started early and would be unrecognizable for sure, giving her the courage to finally meet him up close.”

The original legends of the harpies is pretty, well, ancient Greek - bloody and cruel. But I like what modern fantasy made of them and often have ideas with bird women, this time I made her pigeon blue. A mask was the obvious choice for this week’s prompt, so I decided to go with a tricky pose for interest. 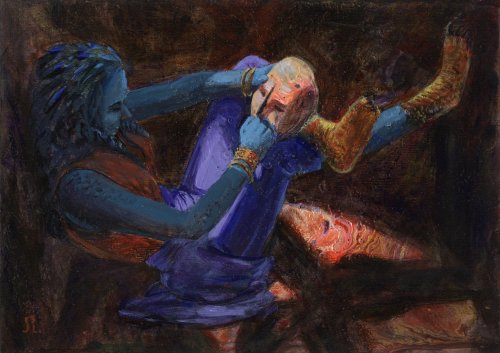 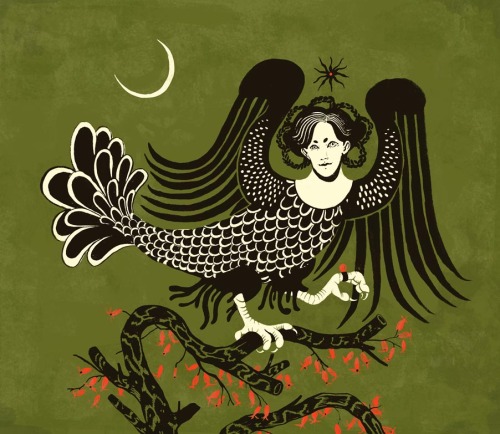