Hiding under the trees 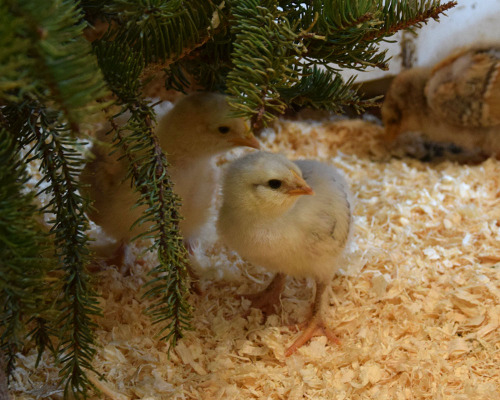 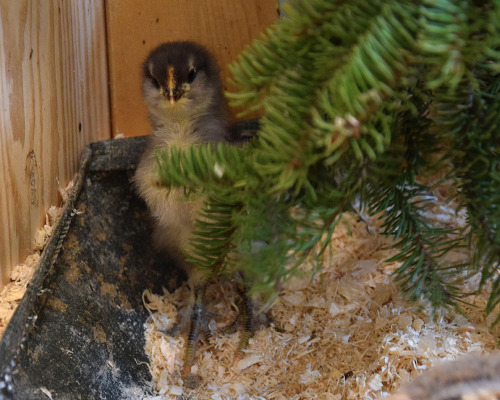 Not due until tomorrow!

Staphylococcus spp. are normal inhabitants of the skin and mucous membranes of animals. If left unchecked, however, they can cause opportunistic infections such as septicemia (blood poisoning), bone infections, breast blisters, and ulcerative pododermatitis, or bumblefoot. Diagnosis is easily achieved through isolation from samples of infected bodily fluids or pus. Staph infections should be controlled primarily by managing any factors that could potentially predispose birds to becoming infected -  it is highly recommended that antimicrobial susceptibility testing be done before using antibiotic drugs to treat infections, as multi-drug resistant strains of S. aureus are a serious rising issue. Home “treatmenst” of bumblefoot involving manual extraction of “bumbles” or dead tissue cause birds significant pain and are extremely inhumane. If your bird has bumblefoot, you should take it to a veterinarian who can treat it surgically and mitigate the pain.

Birds are the major host of M. avium subsp. avium, which causes avian tuberculosis. The disease slowly and progressively develops over months to years, and features tubercles that form in the intestine and associated lymph nodes, disseminating to other organs such as the liver, spleen, and bone. It is commonly seen in backyard chickens and zoos. Birds who test positive should be isolated and treated with combination antimycobacterial drugs; however, they must be treated for prolonged periods of time and monitored carefully in order to recover successfully. The source of infection is often from the environment, and not other birds.

Widespread in the intestine of chickens and fecally-contaminated soil, C. perfringens is a spore-forming, toxin-producing bacterium that is a major cause of necrotic enteritis (inflammation of the small intestine that also kills tissue) in broiler chickens (breeds intended to be raised for meat). This condition also predisposes chickens to infection with coccidial parasites, exacerbating intestinal damage. Antimicrobial drugs are incorporated into feed to preven or treat necrotic enteritis. Alternatives for those seeking to raise their flocks without antibiotics involve reducing protein content in feed, and making management changes to control against coccidiosis. In some areas, such as the southern US, C. perfringens and other similar bacteria have been reported to cause fatal infections of the skin and muscles in chickens, a condition referred to as “gangrenous dermatitis”.

Details of a Lady

#she does NOT approve of being held, #but if you trap yourself in the garden you get Retrieved, #Orange Legs, #farm time, #australia, #farmblr, #farmcore, #cottagecore, #chicken, #chickenblr, #birdblr, #poultry, #wyandotte, #hen, #chook, #backyard chickens, #sunset, #orange, #farm, #farm animal, #farmer, #egg
119 notes · See All
the-crowing-kingText

Hey, there!… what’s your name? Wanna be my buddy?

Some of the men! The baby men!

Mora showing off her turkey neck!

(they weigh about 250 grams each right now)

#the best way to play with ducks is to grab gently at their beak, #and then make a hole with your hand, #so that they can poke their bill into it, #ducks, #duckblr, #baby ducks, #ducklings, #baby animals, #birds, #birdblr, #poultry, #adorable, #cute
2 notes · See All
the-crowing-kingText

A tiny vulture upon her throne!

Proud and pleased is she!

This delicious, Keto-friendly chicken thigh recipe is perfect for busy weeknights. Melt a little butter, add a few herbs and spiced from the pantry, and pop it in the oven for about 45 minutes. Easy peasy.

Start with melted butter, herbs, and spices (be sure to crush the dried rosemary into smaller pieces).

Whisk the butter, herbs, and spices together.

Place bite-size chicken thigh pieces in a casserole dish and pour the melted butter mixture over the chicken. Use tongs to toss and coat all the chicken and arrange in a single layer. Bake uncovered for about 45 minutes or until the chicken is cooked through.

Serve the chicken with the pan drippings over rice or riced cauliflower. Enjoy!

Items used to make this recipe:

Hmmm where could Jacob be?

What’s that? Mysterious feathers poking out of a bag?

I love this goofy bird

This is a recipe that smells as good as it tastes. You can simply enjoy smelling it without eating it at all and feel perfectly satisfied, although I wouldn’t recommend that because wasting food is for Karens.

Yes I put a rubber duck in their tub

No, they didn’t appreciate it.

Incubator count so far for what are definitely developing on track.

Due in one week!

Due in two weeks!

Alright. So. Hi! I’m Ky. Been a while since I’ve done tumblr aside from specifically Flight Rising. (I have a flight rising blog over @dovahfr​ that is absolutely nothing but that)

So I need to follow some people but it’s not easy to find active blogs to follow just through the search feature. So I’m looking for anyone who is currently pretty active and posts any of the following frequently

Or any of these non-fandom related things:

Basically I’m trying to make a new place for all my fandom stuff and general entertainment so hit me. I follow so few people rn that my dashboard doesn’t really work correctly. Help.