Now in English because I work with both fandoms here… About the Yuruuriweek for this year.

I wanted to do it in April because it was a really great idea, but after everything that has been happening in the world and the crisis this caused me with my economy and mental health, I have decided to move the week and keep it pinned for now. I noticed that with all this I’m not going to be able to manage this correctly by my own, and administrating a week it’s not just dropping the prompts and leaving it like that, and all those things made me decide to not do this in April.

However, I really want to do the Week this year, and I know this may sound like a silly excuse for you, but I hope we can take a new date to move on with the project. Maybe after July it will be a better time, so you can feel free to drop again your ideas so, after all this madness, I can move forward with the Yuruuriweek and promote the project. ✨

The most important thing: I apologize and I hope you guys can keep your interest in this small fandom and project. I’ll try to do my best.

Also, sorry if there is any grammatical error, my head is far away right now.

Okay but why doesn’t anyone talk about this??? Only Yuri has the capability to look so focused, determined, and serious while eating food 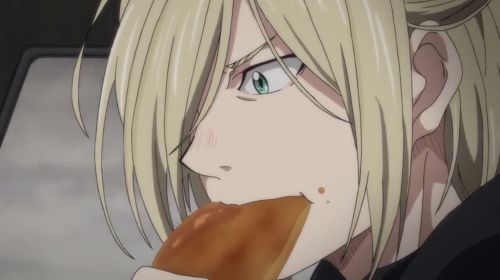 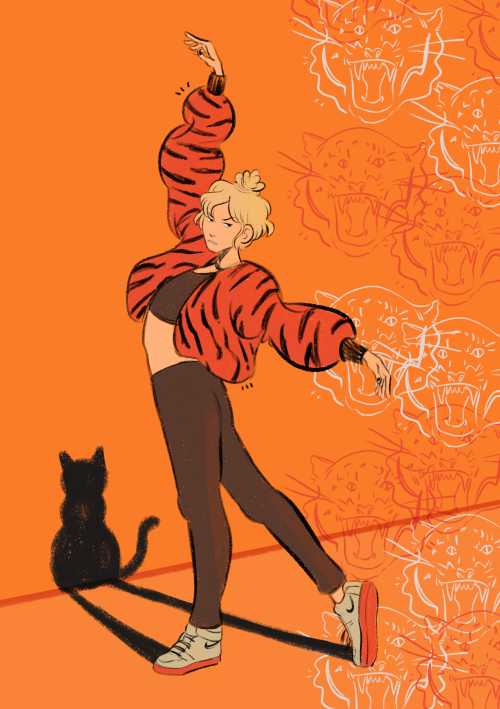 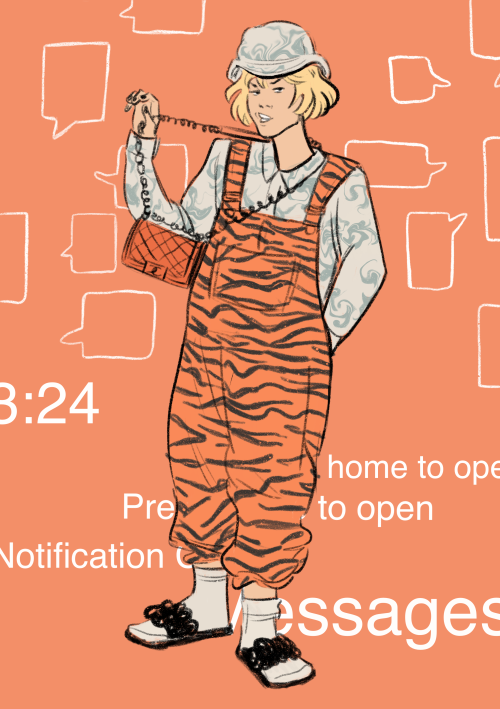 this was pretty strange one. an odd idea with a strange technique performed while listening to a bizarre track

i’m still not sure if it’s a sad or a promising thing, are they going to stop and talk or walk away and never ever meet again trying to forget that sharp and hot quick look… 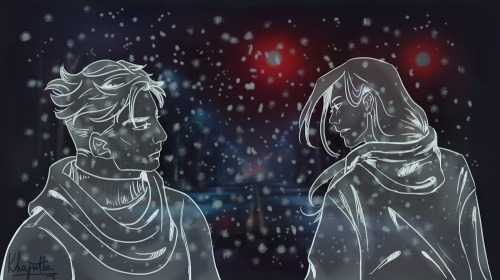 I just finished watching Interviews with Monster Girls (super cute btw, do reccomend), and one minor character caught my attention:

I was thinking about who he reminded me of when it hit me:

I guess he grew up to become a sassy ice skater 😆

A reminder that I am married to Yurio Plisetsky. He’s too fucking pretty I can’t help but love him 💞💞💞💞💞

A casual Viktuuri conversation in front of all their rinkmates + Yakov:

Viktor: Ready for the Worlds?

Yuuri: Ready to kick your ass at Worlds you mean?

Yuuri: Well, my coach is a whole lot better than yours.

The entire rink is silent, only Yurio’s shameless guffawing can be heard. Mila is recording the entire thing to use as blackmail material later because she knows Yuuri would absolutely die if he found out others could more than hear all the sappy shit the two said to each other. Georgi is praying for their souls while simultaneously crying because “True love right there! You don’t understand Yakov, it isn’t important that they are insulting you, they are in LOVE!” Yakov for his part is silently fuming and mourning the guaranteed loss of the rest of his hair because he had thought Katsuki was somewhat decent but he should’ve known Victor fucking Nikiforov wouldn’t make life any easier for him.

Viktor and Yuuri for their part are now blissfully making out, unaware of the most recent casualty of their dumb flirting.

#you are my soooon youre my son boogie woogie woogie, #leo.txt, #yuri plisetsky, #yoi, #yuri on ice
85 notes · See All
makkareadsLink
you move through moonbeams slowly - neptunedemonhttps://archiveofourown.org/works/14231217

Vampire hunter Otabek and vampire Yuri.  God this is sexy and and moving and written so gorgeously that you won’t be able to put it down until the last word.  It will drag you into its world and if you don’t already ship Yuri and Otabek, you will after this.

Yuri drifts between shadow and moonlight, the only two places he can exist. He’s wild, Otabek knows. He’s deadly. Yet Otabek agrees to ally with him to defeat a common enemy. They’ll not kill each other (for now), and Otabek will do his best to hide his betrayal from their town.

But there’s a storm under Yuri’s skin, and nearness to him awakens Otabek to a side of the shadows he’s never noticed. He pulls away, but his world is altered to a permanent winterscape with snowflakes falling like ash from the humanity Yuri’s burning down in both of them.

Otabek understands soon enough he’s fallen in too far, so he follows Yuri until moonlight itself tastes like him.

Me before yoi: “i don’t believe in love”

Me after watching yoi:

Imma do them as a couple then :}

- Yuri is always trying to act tough and pretends he doesn’t need affection or hugs. But in the end he realizes Otabek doesn’t believe him, so he gives up. He is right tho, Yuri adores affection but doesn’t admit it. When they hug, Otabek usually wraps his hands around Yuri’s whole body and kisses his neck. He is so warm that Yuri cannot let him go. If Yuri wants a hug, he will hug him from behind and nuzzle in his back.

- They give small pecks to each other every time when they are in a good mood. Otabek is always so slow and sensual and prefers the kisses to last longer. Yuri is a bit more rough but only when Otabek wants to. It is enough for him to kiss him, doesn’t matter slow or rough.

- Otabek is more touchy, so he will always wrap a hand around Yurio’s waist and/or pick him up in the air to fluster him. He will always pat or rub his back, hug and kiss him. Yuri likes to lay onto him and cover themselves with a blanket. He will most of the time poke him if he feels bored or wants something. In the mornings he usually is on Otabek’s back like a koala and gets carried everywhere. Overall they hug a lot. Sometimes Otabek can give massages.

I would sell my soul to the devil if my ships could be happy, canon, or both. I’d then become a demon and find someone to summon me so I could come back to earth and see them live out the rest of their lives in happiness.

Finished Fandom Trumps Hate artwork for @cadencecekismet. They asked for Yuri and Leo hanging out as friends sharing cultural cuisine.  Thank you for donating to a good cause and giving me such a fun prompt! 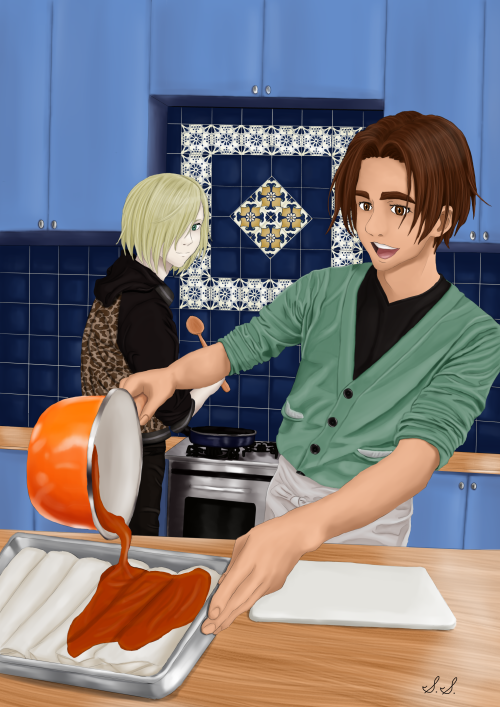