We looked inside some of the posts by one-cherry and here's what we found interesting.

Thank you all so much for the support of this blog! I’ve been real busy lately and kinda burnt myself out so it’s been hard to share my projects. But if you’d like, I’m always up for taking SFW requests when I have the time! Just know I get so excited when I find out someone new follows me! This is the first time I’ve been able to have a platform to share my art with other people. Thanks! 🌼🤗🌼

Update to the update! I enhanced some more pictures I found courtesy of @trashformha

The last rays of sun clung to the horizon as you tiptoed along the curbing of UA’s front lawn. You balanced yourself precariously, half out of boredom, as you waited for your best friend to breach the school’s front doors after a long evening of studying.

The two of you had been inseparable ever since you happened to find yourself sitting inches away from each other on the first day of kindergarten. At least, that’s what you what have liked to think. At least until the last day of junior high when training to become a pro hero became your best friend’s top and seemingly only priority. You were happy for him, of course. But deep down, envy and sadness settled in your stomach for years after the two of you parted ways and moved on to different schools. It wasn’t your fault you were in the minority, quirkless. Still, that simple fact drove a wall between the two of you not even the strongest hero could knock down.

But, today was different. Today you almost shivered with excitement as you waited to meet your friend after months of preparation. Sure, he was a little late but, you weren’t bothered. Butterflies had been swirling around in your stomach all day. You had other things on your mind…

Warnings: Fluff with a pinch of angst..or two.

Teaser: Ever since a simple quirk set you and your best friend’s lives on two very different paths, you decided nothing could be done about it. But it isn’t until your first kiss goes sideways, that everyone gets thrown for a loop.

Your foot slipped off the curb at the sound of slamming doors as Bakugou exited the building. You stumbled a bit, cheeks burning pink as he slunk past you.

“Aren'tcha going to say hi at least?” You asked with a small smile only to get a scowl in reply. “Oh, come on! We haven’t seen each other in forever and this is the treatment I get!” You shook your head. “For shame, Katsuki.”

“I wasn’t the one who wanted to meet, idiot.” He muttered in his usual tone.

You shrugged off the slight annoyance in his voice. It was Bakugou after all. “So…how’s UA? I saw you in the sports festival, you know. I can’t believe you won!”

“Of course I won! None of those other losers stood a chance. I’m the only one who deserves to attend this stupid school.” He said. The two of you walked for a while, letting the evening breeze fill the silence for you. The sky had sunk into the deepest blue and indigo as stars began to flicker into view.

You glanced over. “What?”

“Well, aren’t you going to say anything? I know you’re not stupid enough to drag me out here and just ignore me the whole time.”

The thing was you were going to say something. Something that had been twisting and churning in your gut for weeks. The feelings you locked in your chest for Katsuki had been swirling around for years and it wasn’t until recently that you decided it was now or never. Not until you found out he had been the abducted student from UA. You knew that despite whatever happened he would be the one to blame himself for being kidnapped. He was supposed to be the strongest and he was sure to let the people like you and Midoryia know that.

You had realized the future with him that was always brushing your fingertips was slipping away and it was time to take matters into your own hands. Until he left you behind for good.

“So?” He growled, louder this time. You jolted back to the present.

“Well…it’s just…I don’t know what to think about you Bakugou.” You stammered.

“The hell is that supposed to mean?”

You stopped in your tracks and sighed. “You know, when you were taken by the Legue of Villains…I completely lost sight of everything I had in my life. I couldn’t eat or sleep. All I could think about was…you.”

You felt your own fingernails dig into your palms. “And I realized that I couldn’t do anything to help. I finally realized what you’ve been telling me all my life. I’m weak and unlike you and Izuku, I can’t change that part of me.”

You bore your gaze into the ground, not able to meet his own scarlett eyes. “But I can change something. I realized I can tell you what I’ve always wanted to. Before it’s too late.”

The joints of your knees felt like jelly. It took everything in you to bring your gaze up to his. “I like you, Katsuki. I really do. I know you’re going to be a great hero, but it feels like your drifting away from your old life every day and I can’t just keep pushing myself further and further away from you like this. Not until I know how you feel. How you really feel.”

Your teeth dug into your tongue before you could say anything more humiliating. You were met with silence and somehow, it was worse than almost anything he could have said back. He had to say something. Anything. Your eyes began to sting at the edges as you wavered in the quietness.

“That’s all I wanted to say to you, Katsuki.” You could’ve shouted it and still not have known if all of those words had actually left your mouth. Begrudgingly, you began to walk towards Bakugou. It felt as if it took forever, but your feet drifted past his as you set off towards home.

Suddenly, warm fingers wrapped themselves around your wrist gently.

“Wait.” Was all he said. “You think I’m leaving you behind or something? I would’ve told you to get lost already if I didn’t care…well, if I didn’t want to see you, stupid. I’m right ya'know, you are weak.” He said quietly. “But that’s why I distanced myself. I can’t have someone hurting you because of me.”

“It’s not your job to protect me! Not yet! Just because I’m quirkless doesn’t mean you get to-” Your words snagged in your throat as he whirled you around by your arm. You caught sight of the stars swirling above your head before your vision closed for good. All you could sense was his lips on yours and in that moment, everything was okay.

It could’ve lasted forever and you still wouldn’t have wanted to let go. His palm rested in the crook of your neck as he held you there. You didn’t want to share another word.

It happened faster than you could have imagined. Pain rippled through your skull as your eyes shot open at the sudden burst of electricity surging through your body. The first thing you saw was Bakugou, kneeling on the sidewalk. The first the you heard was ungodly cursing escaping his lips. He trembled as he held his weight on the crook of his knee, trying to stand.

“W-wait Katsuki! You could be hurt.” You cried out.

“What the hell did you even do to me!” He spat.

You stepped back in surprise, shaking your fists angrily. “Me?! I didn’t do anything you moron! You’re the one who-”

You clenched your jaw together while taking in his expression. Shock wasn’t an emotion you picked up off of Bakugo very often, but his wide eyes said it all. You hesitated as you slowly looked down at your hands. Smoke escaped between your fingers as you held back a yelp of fear. Slowly, you opened your fingers to reveal the smallest of sparks dancing around your palms.

“You.” He muttured through clenched teeth. “YOU STOLE MY QUIRK! GIVE IT BACK!”

“No, no! You’ve got it all wrong!” You shouted, waving your hands frantically as more sparks showered around you. He only roared in response as he propelled himself towards you.

“Give it back now!” He yelled as his knees met the pavement. He was clearly too weak to do anything about it.

“I’m sorry Bakugou. I really am.” You whispered, but the burst of firecrackers in your hands was already starting to die down. Tears still brimmed at the corners of your eyes. “I don’t know what you want me to do.”

He huffed, as he settled on his knees, too exhausted to get up. “You don’t have to cry about it loser. Look, its already going away.” He said.

Your heartbeat slowed a little at the realization and a small smile crept on. “O-oh. Well…that was weird.” You replied.

“Weird? What do you mean weird? Turns out a loser like you can have a quirk after all.” He said as that cocky smirk erupted on his face.

“Oh…OH!” You could have cried out as you ran into Katsuki’s arms. “Thank you!” You couldn’t care less what he thought at the moment. Still, his muscular arms slowly wrapped themselves around you. Quirkless or not, you weren’t holding back. Not anymore.

💥 Author’s Note: This is my first official fic! It’s a lil short and sweet but I thought I could take the idea and go with it with other characters if anyone likes this kinda thing. Lastly, thanks so much for reading! 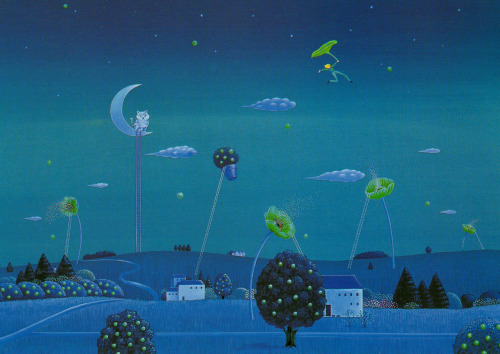 I gave some lineart to a MHA sketch. All credits to Horikoshi.

Free commission for @wheredidmydadgo ’s fanchild of Shigaraki and Spinner :) 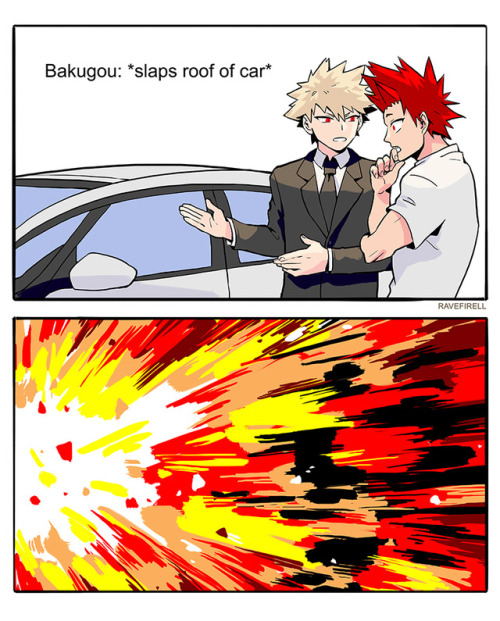 So I made some minor alterations to Momo’s hero suit because of reasons. Like, I know how impractical most of her suit is even considering her quirk but the one thingity thing that really makes me mad is her stupid book. Like, how does that mcfreaking piece of literature stay on her ass like, that’s a shelf. So I made a strap. It’s an ass shelf. Period. Oh, and I got the transparents from @mha-transparents

Anime characters without their famous attributes

Free oc commission for @littlebeanprotector I kinda had to improvise with the hero outfit. Hope that’s okay! I really love the design you gave her.

Free commission for @loud-quiet-and-fragile ‘s oc that I finished sooner than I thought. I hope you don’t mind that I adjusted some of the details but I really love the vibe you gave her. Here’s a questionable quality profile pic too :)