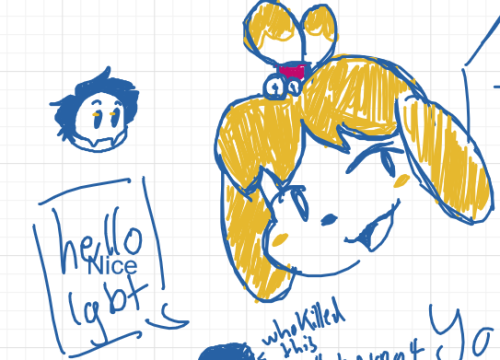 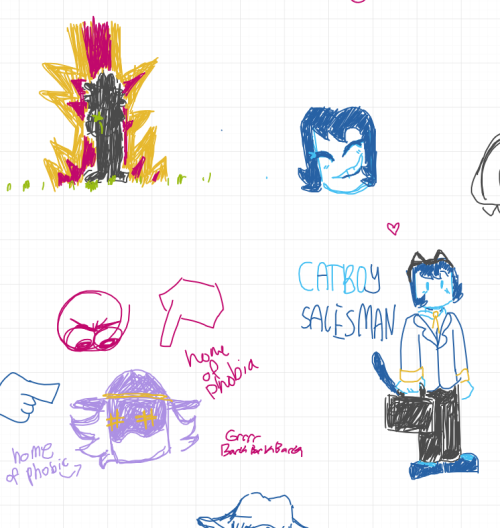 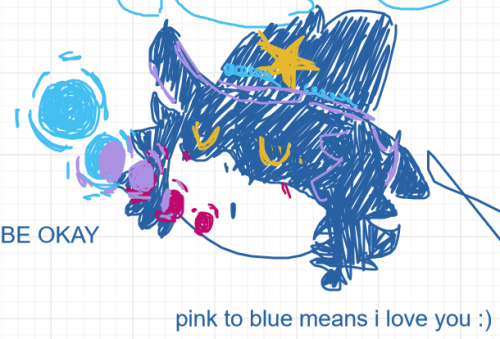 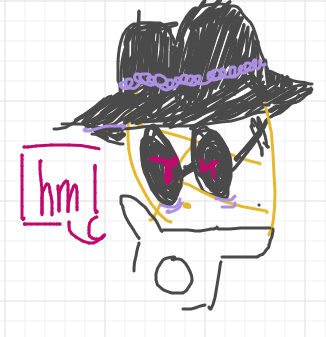 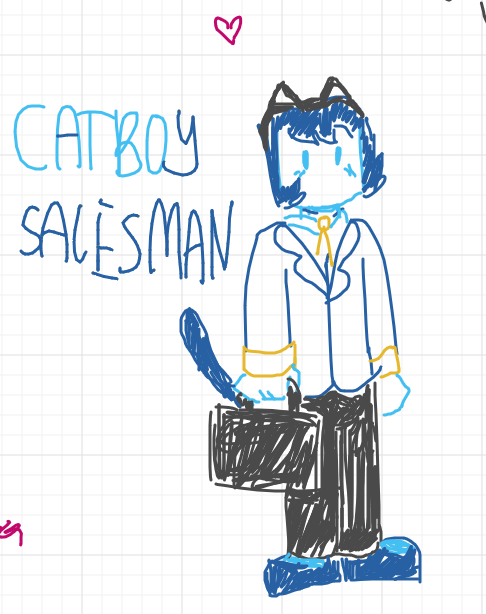 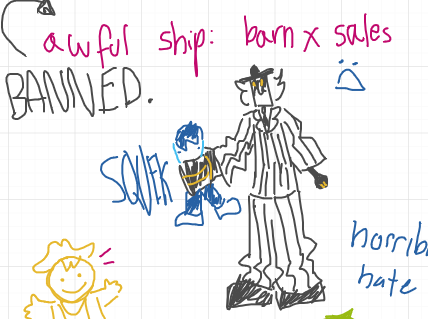 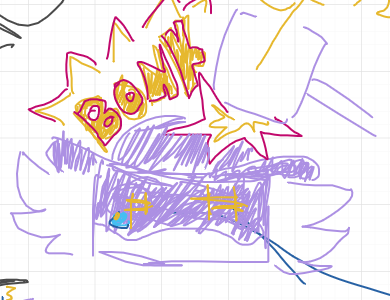 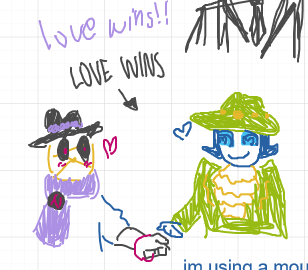 i think it’s odd when people make light of school shootings. literally i can’t even recall a single person in recent years ive spoken to who went to a us public school and didn’t live thru a bomb threat or shooting threat. half the people i know live guns were on campus. one time a pallet fell down in the hallway and made a sharp smack sound and everybody froze and i swear to god i thought “it’s happening” like i know it’s been said before but i can’t stress this enough school shootings aren’t some funny dystopian america fake thing but they’re literally a pervasive issue and fear in american classrooms. a place where students should have an escape from home life, food to eat, a place to learn. those places are plagued with the fear that you could die. if you find that something to make light of literally just die you’d be doing us all a favor

#pumpkin scissors, #fave anime op ed, #gifs: hotwaterandmilk, #00s anime, #fyanimegifs, #gif warning, #flashing gifs, #anime gifs, #guns tw, #violence tw, #this op is an absolute banger, #probably the best part of the anime, #please read the manga immediately, #join me in ps hell, #but be aware that ptsd and a whole bunch of war fuckery is a huge part of the story, #ask for specific tw, #btw, #this is ripped from the japanese release and it still looks crap, #i'm sorry, #i tried
20 notes · See All
omarshanaaPhoto

i thought i heard a man shout “white power” outside my apartment and worried about how many gunshots would reach the floor level i lived on. the useless childhood lock-and-cover drills conditioned me enough to consider hiding under something for safety.

i was so fucking fortunate to find out i completely misinterpreted the noise outside, but isn’t it fucked up that have we are still forced to worry about white supremacists and their killing sprees?

theres been a bad taste in my mouth for the last half hour and im so angry and afraid at how powerless i felt in those few seconds.

bisley drawing this: im going to draw a lobo whose lips are so pouty

i’m still rewatching supernatural and nothing matches the sheer hilarity of dick roman just straight up shooting bobby. this is a billionaire capitalist ceo who is turning the united states into a factory farm for people meat and is also a nigh-unkillable shapeshifting monster from the beginning of time and he just fuckin shoots bobby in the head with a handgun. it’s a fancy handgun, but STILL

today, i went from talking about gun violence and serious political issues to “how would turkey taste in pizza?”. this is the gen z experience.

Turnin: 🎦 me: aight time to make a darker theme 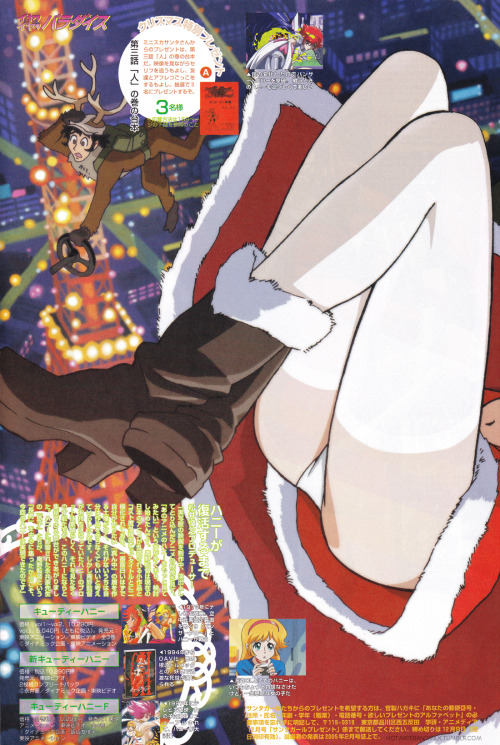 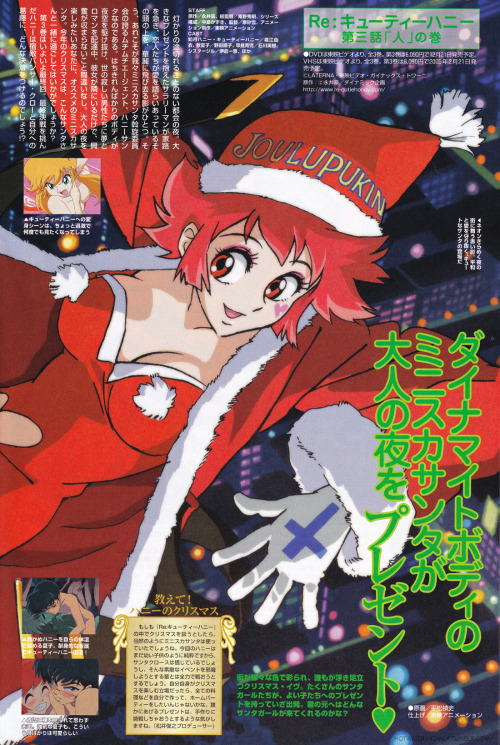 His habit of falling asleep in his office caught up with him. Usually, it was in the form of one of his teammates finding a new way to startle him awake, someone drawing on his face, or falling out of his chair. Today, with his team out on various assignments, and no one else in the office, he forgot that sleep occasionally came with a nasty side-effect.

“Enemy snipers have us pinned in sector five. Flame Alchemist, you’re up.”

The sound of gunshots while the hot sun beat down on soldiers Amestrian and Ishvalan alike. An all-too-familiar crackle of alchemy, the infamous snap–

Heart rate fast, he grit his teeth as he slept in his chair. Nowhere near Ishval, the overcast sky in Central signaled rain would fall some time soon. Cold, autumn rain.

Heat from the pillar of fire he summoned, the smell of death pungent as soot and ash tarnished his white overcoat. No more gunshots. Save for the Amestrian soldiers advancing, barking commands to their squads, it was silent.

Silent in his office as well. Central City continued bustling outside, cars honking as rush hour neared. By then, he needed to go home–

“Roy, was that you earlier? I thought you were in another district.” Hughes with his eyes full of worry as he looked over his friend, one hand gripping his shoulder. “You okay?”

Far from it both in the past and the present. With his teeth still clenched, and sweat forming on his brow, Roy Mustang was anything but okay.

guns should be outlawed in every context other than biathlon

#biathlon, #is a fun and sexy and dramatic sport, #i love screaming when people r shooting, #whoever came up with the concept of ski racing but WITH GUNS was a genius, #t says, #guns tw, #i guess?, #(this remidned me of that ‘what is your cishet male trait’ my cishet male traits are watching biathlon, #and reading every single asterix comic when i was a kid hnhng)
3 notes · See All
dagmartoonsPhoto

Honestly I think this is the best Jigen I’ve ever drawn. I like his bangs 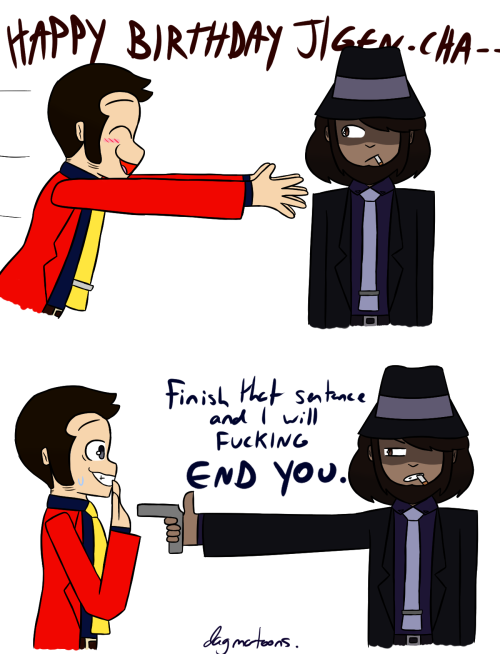 #lupin iii, #lupin the third, #lupin the 3rd, #daisuke jigen, #fanart, #digital art, #art, #dagmartoons., #guns tw, #guns cw, #i like to imagine jigen probably has a ron swanson esque approach to his birthday, #in that he doesn't celebrate it and doesn't want people to make a big deal of it, #which lupin always does, #because he's lupin, #although i imagine he secretly enjoys the attention but denies it because he's jigen
15 notes · See All
wyrdifyText

His uniform jacket sat on the back of one of his living room chairs, discarded as soon as he got home. The blanket that previously covered him fell to the floor a while ago as he whimpered in his sleep. There wasn’t much room on his couch for him to toss and turn, but he did.

To be fair, he didn’t have much room to move in his nightmare either. Locked in a phone booth trying to connect a call while someone lurked over his shoulder, effectively trapping him inside. Before the operator could connect to Eastern Command to get him Lieutenant Colonel Hughes, he had a gun pointed at his chest, and no way to defend himself. No gloves, no weapon, and no one on the other line.

And, no matter how hard he looked, he couldn’t see his killer’s face.

The whimpers turned to screams as, in the nightmare, he drew his last breath.

Hello Zira, that’s an incredible quirk you have! As for your question… That’s hard to answer. I’m assuming you mean shoot him in a way that kills him.

When I was alive the answer would probably be no. I only ever wanted to stop my brother back then, not outright kill him. But it’s been a long time since then, and AFO has done many more terrible things that can never be forgiven.

My answer now is more likely to be yes, but even then it’s not for sure.

But if you’re like, asking me to shoot him in the foot or something, then yeah.