My script for gremlins 3

Billy slam dunks Gizmo into the ocean. Fucking obliterated (life on earth, that is).

There’s gonna be a “Gremlins 3” and a “Little Shop of Horrors” remake.

Gremlins 3, I’m curious and excited for, but for the Little Shop of Horrors reboot…I’m pretty iffy…

I love the 1980’s movie; I love the music and I’m just completely smitten with Audrey 2!😍

I just know that there’s a chance that they’ll base the film in modern day times, and with that comes the modern day music, which means they’ll probably have Audrey 2 sing some crappy rap song, which is pretty much what happened to Rum Tum Tugger in the Cats theater reboot …thing.

GREMLINS 3 Could Feature a Godzilla-Sized Gremlin 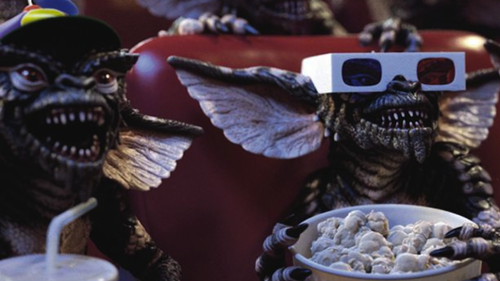 Speaking of movie ideas, reblogging this because nobody gave a crap when it was a reblog and also because I am a giant attenton whore. They’ve since mentioned that Gremlins 3’s gonna  be a “reboot-like sequel”, which sucks, but I can still dream.

Anyhoo, in my idea, the lone surviving Gremlin from Gremlins 2 (The female one) has escaped into the storm drains/sewers and reproduced manifold, causing a New York-wide infestation of Gremlins, some of them being Gremlins 2-type mutants due to all the chemicals and such we’ve put into there.

By the time anybody discovers this, they’ve established too much of a foothold to be completely wiped out, though they still can’t go into the daylight. So everybody just kind of adjusts and gets used to living in a city constantly infested by Gremlins who come out every night.

But that’s not the main story of the hypothetical movie. That’s just the prelude.

In the actual story, these large robotic “Drones” (ideally portrayed in 80s-style Go-Motion) start appearing and snatching up all members of this very specific strain of mutant gremlin, with almost zero regard for colateral damage or the chaos their actions inevitably cause.

It turns out that these “Drones” have actually been sent by the Gremlins’ mysterious creators, because they considered the original Gremlin/Mogwai project to be a failure, but these “new” Gremlins are a throwback to what their original plans were for the species, and they’ve come to take them back for “sampling”.

And Billy, Kate, Gizmo, and a token “good” female Gremin mutant (Who may be a love interest for Gizmo because, hey, why the hell not) have to not only stop the Drones and all the chaos they’re causing, but also stop a horde of Gremlins lead by a “reincarnated” (In the same way Stripe was “reincarnated” as Mohawk) Brain Gremlin from taking over the city in the ensuing chaos.

Probably a bit too crazy for WB’s standards, but hey, I CAN DREAM!

Yoda must realize that he probably won’t be in any more Star Wars movies, right? 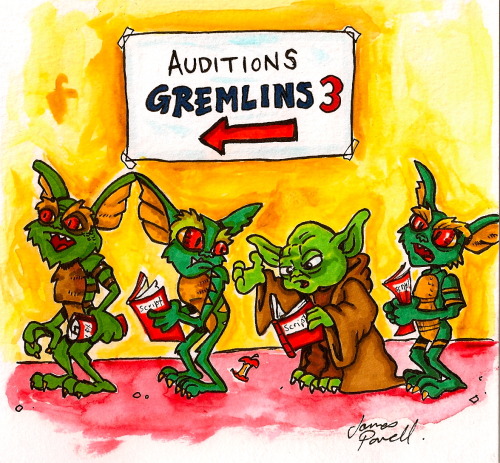