Not gonna lie, it kind of bugs how they changed Dick Dastardly’ design for the movie but Muttley is the same

Free to use with credit 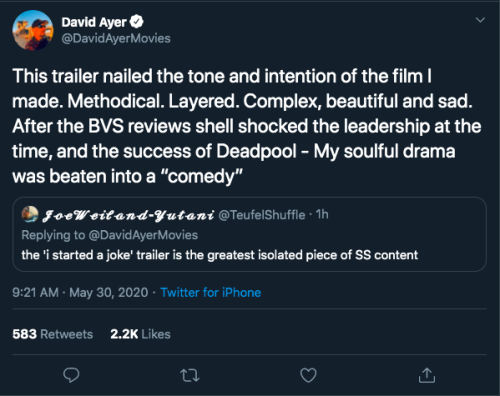 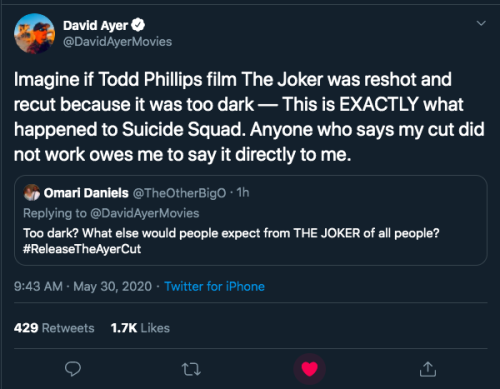 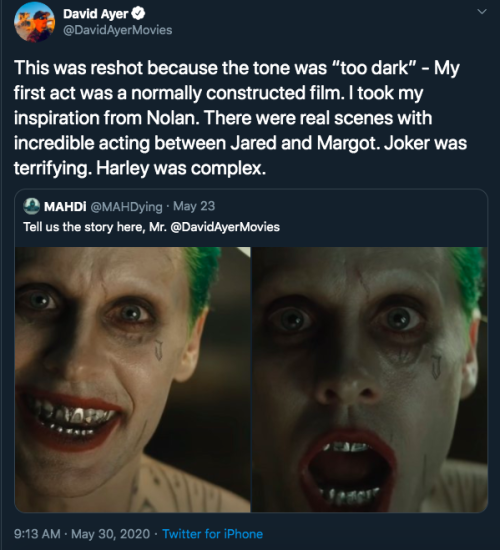 The best Looney Tunes shorts/adaptations are the ones that realize: Bugs Bunny isn’t an agent of chaos. Daffy Duck? Yakko, Wakko, and Dot Warner? Scrappy Doo? All wake up every single day wondering just how much chaos they can unleash in the world. Bugs doesn’t. He doesn’t instigate the chaos. The environment instiages the chaos. Bugs reacts to the chaos. And it’s hilarious:

Bugs didn’t just wake up one day and randomly decide that he was going to ruin some guy’s opera by impersonating legendary composer, Leopold Anthony Stokowski. Bugs was just going about his day (albeit very loudly) when the opera singer instigated the chaos:

And then Bugs decided to impersonate legendary composer, Leopold Anthony Stokowski! Because of course he did!

Bugs Bunny is, in an ironic twist, the “straight man” of Looney Tunes. He’s the one who’s just minding his own business until random things happen to him. The difference between Bugs and someone like Eddie Valiant is that even though Bugs doesn’t instigate the chaos, he 100%, unabashedly, embraces it. And taps into it. And escalates it. And it’s hilarious:

As he says in the last panel:

“I don’t ask questions; I just have fun.”

(Also, for the record, that’s why Elmer Fudd is his best rival: Both of them are reactors to the chaos, so they’ll both unabashedly escalate things. That’s how you go from gun -> bigger gun -> cannon -> bigger cannon -> proposal -> marriage.)

This has been your Toon discourse for the day.

It all started ‘cause I needed money. And here we are. You know that thing where everyone gets a trophy? Yeah, well, I don’t. In my experience, that’s total BS. People I know have to work really hard to get a win, and still, most of the time, they wind up losing. But hey, at least they tried. But some people don’t even try to win, they just take. And these losers are such losers, they don’t even know they’re losing. And every now and then, someone figures out how to make the best of the bad hand that’s dealt them. And that’s cool. And here’s the coolest thing of all: in life some people can still win, no matter how much they’ve lost. And as my friend Ruby says: “If no one’s giving you a trophy, you gotta find a way to snatch one on your own.” 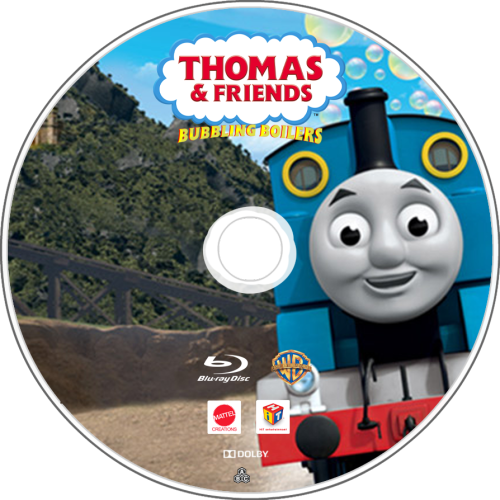 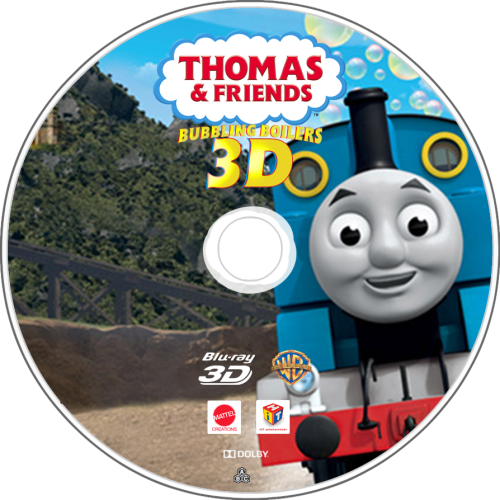 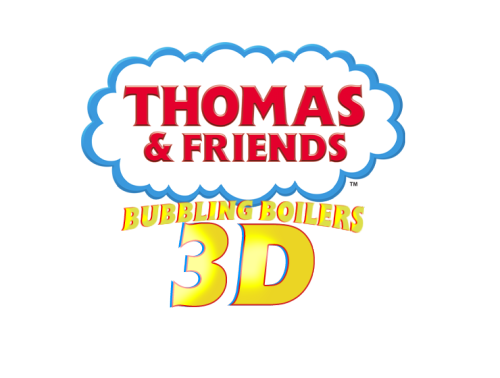 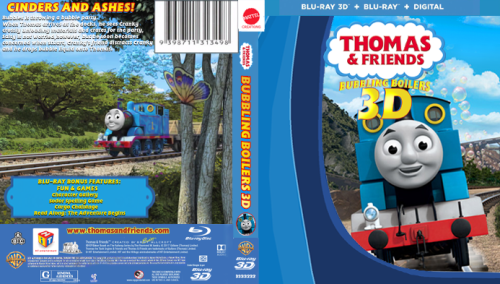 Me @ Sam Winchester after sucking on demon blood: dAMN YOU EAT PUSSY LIKE THAT?!

Peter Lorre was an eXXXemplary actor. He was certainly eccentric; he was not conventionally handsome, yet he commanded the screen like few have. Lorre earned a reputation as an icon of creepy cinema, and he ventured beyond the macabre, performing spectacularly in some of the most revered motion pictures ever made: “The Maltese Falcon,” “Casablanca,” “20,000 Leagues Under the Sea,” and many more. Lorre is immortal; Lorre’s place in cinema is secure. And yet, despite the myriad impressions in cartoons and the countless caricatures, Lorre still feels underappreciated. Sure, he was in films like “Casablanca,” but he’s usually reduced to a footnote. He is associated with ho-rror, just as an Igor rather than a Dr. Frankenstein (nearly every cartoon lab assistant has his distinctive cadence). In both ho-rror or so-called “reputable” cinema, Lorre has been immortalized as a sidekick: always Renfield, never Dracula. While it’s better to be remembered as a second-banana than to be forgotten, we feel that the man deserves far more credit than he gets. Vincent Price, Bela Lugosi, and Boris Karloff are all rightly celebrated, but Lorre is acknowledged more than he is venerated. Seldom do we see Peter Lorre on t-shirts or commemorated with tattoos; ho-rror conventions have Boris Karloff art pieces at every booth but nary a Lorre. We here at Kinky Ho-rror are dedicated to the spread of Lorreism; we will not rest until Lorre gets his own Bauhaus song and/or Halloween mask! As a means of promoting the proliferation of Peter Lorre, we will be presenting one of his finest fright films, “The Beast With Five Fingers!”

Released by Warner Bros. in 1946, “The Beast With Five Fingers” is a film about a disembodied hand that desperately wants NOT to be about a disembodied hand. Warner Bros. had dabbled in spook pictures like every studio post-“Dracula,” but they weren’t eXXXactly known for monsters and ghouls. After all, they were the home of Bette Davis, Humphrey Bogart, and Errol Flynn; the studio behind “Yankee Doodle Dandy” and “Casablanca!” They were above childish things like crawling hands, dammit! It was their first foray into ho-rror that decade… and it was also their last. In fact, it may have been the last major studio ho-rror film released in the 1940s… save for “Abbott and Costello Meet Frankenstein.” Ho-rror was officially B-movie fodder by 1946, with the Universal ho-rror cycle practically dead before the aforementioned Abbott and Costello spoof. Working within a genre that was both maligned and out of their comfort zone, Warner seemed a little embarrassed by their murder-hand film.

The first sign of their apparent ignominy is the fact that the opening half of the film is much more like a mystery than a ho-rror film: a murdered pianist, a group of colorful suspects, plenty of potential motives, and a large inheritance waiting to be claimed. The second sign is that the film, while sold on the premise of a murderous hand crawling about, is not actually supernatural. It’s somewhat ambiguous early on, but as the plot unfolds, we quickly realize that the real evil is of a fractured mind, not a deadman’s hand. And the third, most egregious sign is the ending: a cheeky, winking denouement that ridicules the very idea that something supernatural may have happened. We have nothing against humor in ho-rror (quite the contrary, in fact), yet this ending threatens to deflate all the tension and terror than came before it. A character literally looks right at the camera and dismisses the previous ho-rror… we remove a whole star from the film’s score for that alone. (With all of that said, it is, at the very least, charmingly quaint. It certainly doesn’t work for a ho-rror picture, but we didn’t hate watching it.)

Despite its status as a self-loathing ho-rror film, it actually does the spooky stuff quite well… eXXXceptionally, even. When we are allowed to indulge in the fantasy of a homicidal hand out for vengeance, the scare scenes are intense and moody, still holding considerable power despite the silly ending. Save for a shot or two, the hand itself appears to be not a special effect but a living, crawling oddity. We have seen more than a few disembodied hands in our day, but this one takes the cake. Disturbing, terrifying, and absolutely magical… the only thing that’s wrong with the hand is that it’s not a real monster. Of course, in addition to the hand, the film has another great strength: Peter Lorre.

Remember that star we removed? Well, we add two stars just for Lorre’s performance! Every complaint we have about the film is nullified by the strength of his acting (and that creepy little hand). What made Lorre so eXXXtraordinary was his ability to be both pitiable and menacing; the Machiavellian villain behind every evil and the pathetic creature who eXXXudes pathos in one body. Lorre’s Hilary Cummins is the perpetrator of many heinous acts, yet we still feel pity for him. Abused, utterly mad, and completely pathetic, Lorre’s almost child-like portrayal brings out the tragedy in the character while still keeping him utterly ho-rrifying. His breathy delivery, popped eyes, and nervous energy add a considerable air of unease, even when that damned hand is nowhere to be seen. And when that hand does show up, Lorre acts as if it is the single most frightening thing he has ever encountered. He believes in the hand, so we believe in the hand. The scenes with the hand playing the piano as a helpless Lorre watches in ho-rror are some of the finest scenes in golden age ghoulery. Without a doubt, Lorre brings this film close to cl-ass-sick status.

Lorre’s performance here is incredible, so if you want to see what makes Lorre a fear icon worthy of your attention, this is a great place to start. Had the filmmakers the courage to commit to ho-rror, this could’ve been an all-timer. But goofy ending and self-loathing aside, “The Beast With Five Fingers” is still a wonderfully eerie film that showcases the bravura of one of ho-rror’s great actors. If you can look past its flaws, you’ll find something truly special here. Give a hand to “The Beast With Five Fingers!”

For your amusement and education, we present… “The Beast With Five Fingers!”

(And if you dig Lorre and creepy hands, check out “Mad Love,” a film we will certainly write about one day!)

Audrey and Mel Ferrer at Warner Bros during the production of Wait until dark, 1967

Wrap up of our discussion on the controversial character that is Severus Snape. Click above to take a listen!