Oh-HO! I was REEL lucky on this one!

Alright time to put bets on the table: who thinks Nook will let me immediately move the Able Sister’s plot that doesn’t have a building on it yet because I set it down and immediately regretted my decision

#text, #dumb stuff, #animal crossing, #not sure that he’ll, #let me but I guess we’ll find out, #worst case scenario I’d just have to wait until tomorrow
72 notes · See All
headlesssamuraiText

Been running DJ for my neighbors for like half an hour already.

My aunt had her kids lined up for gravy the other day and I told the youngest (3yrs old) to say “can I have some more please” she snorted and sent me a look because you know she got the joke or whatever. Well Her little acknowledgement got me hype for some reason and I just shouted at the top of my lungs “oh yeah I’m Oliver Twisting it up” then realized what I said and almost died laughing and it honestly wasn’t funny enough to warrant such a reaction.😂😂😂😂 God forsook me years ago and this is both proof and the reason

#me, #selfie, #my face, #dumb stuff
4 notes · See All
limepelletdoodlesPhoto 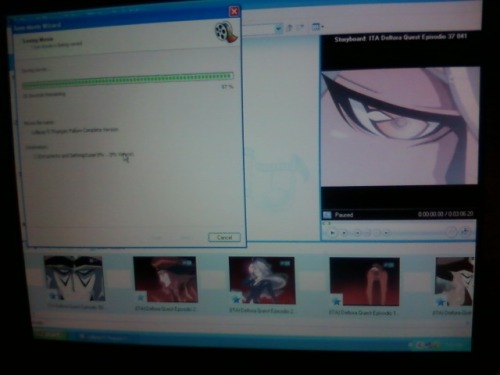 #limepellet tags, #limepellet photos, #this brings back memories, #fallow, #thaegan, #dumb stuff, #screenshoot, #making this thing caused my very old laptop to crash so many times it was insane, #i almost gave up on it on numerous occasions back in 2010-2011
0 notes · See All
darkbackroadsText

Whenever I see gif sets of Star Wars: TRS I think about all the money I wasted going to see that movie.

I have literal tears.

The movie was such a disappointment.

dear people of the internet,

i made this kinda dumb drawing of myself since i have no idea of what to draw today.

i even colored and shaded it

there is something true about this doodle though, i love y’all :)

#i mean its not even that short, #a little below my shoulders, #impulses due to the quarantine, #binnacle yeah, #quarantine things, #dumb stuff
0 notes · See All
blueishcleoText

BuzzFeed Tasty recipe: add this special blue cheese only found in the most northern bogs of Chechnya

me: is it ok if I just add chedar

Randomly got the idea to write a treatment for some kind of psych-horror while working on homework.

Five women who don’t know each other end up in the lobby of a weird motel/lodge hybrid in a forest at dusk. Each one got a mysterious letter that demanded they meet there at a specific time, or a dark, personal secret of theirs would be exposed.

The five are the only ones in the lobby, and each have ordered and been served drinks as they wait for, they don’t know, something or someone to tell them what to do next. None of them know they all got letters, and so begin to make small talk about their lives and drink. After some time, one of them lets slip about their letter, and they all realize something’s up. Then they realize that they haven’t seen anyone else around the area, and come to think of it, who gave them their drinks? They don’t remember seeing anyone come out with them. Did they even order them? Where exactly are they, and are any of the other women in on this/behind this?

I don’t know where to take this or how to end it. All I know is that I want the five women to be played by Anya Taylor-Joy, Awkwafina, Florence Pugh, Lupita Nyong’o, and Toni Collette.

#is this because i want all of them to win an oscar? yes it is, #story ideas, #story inspiration, #psychological horror, #horror, #writing, #anya taylor joy, #awkwafina, #florence pugh, #lupita nyong'o, #toni collette, #dumb stuff, #i've never written psych-horror before i only write body horror when i do write
10 notes · See All
nonetoonText

Despite all the evidence, I swear I know how to spell basic words

#text, #dumb stuff, #sorry hands go faster than brain no time to process on quick text posts, #got pointed out I mispelled one of the several their there they’re s on one of the ac posts, #and I felt like that image of that anime dude being vaporized by a laser
53 notes · See All
nonetoonText

I don’t know if this is the same case for anyone else but I find it a lot easier to fish in Animal Crossing when I’m not looking at the screen and only go off the audio??? I feel like I get a lot less antsy and so far it’s worked really well so

Wow I just reached 600 followers exactly so I have to commemorate this!

to the human beings:  thanks for following my messy multifandom blog ilysm <3

to the bots:  not sure why you’re still here but have fun I guess.

ACNH Online Guide: To get villagers you don’t like to move you gotta stop talking to them, specifically talk to everyone BUT them to make them feel lonely, and once they’re wandering around with a sad cloud over their head that means their ready to go.