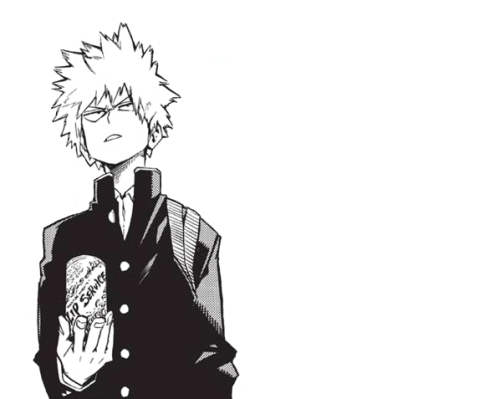 you really think bakugou “whats frail about her” katsuki gives a single shit about gender????

#bnha, #mha, #bakugo, #bakugo katsuki, #boi doesnt give a shit whats in your pants, #he cares abt power and conviction and thats fucking it babey, #okay he does care abt more things but gender sure as fuck isnt one of them
4 notes · See All
thingsoverheardatuaText

Bakugou: Good Night! I love none of you!

I think there were various reasons.

‘You should probably give it up.’

‘How can you even stand in the same ring as me?’

‘He saves everyone with a smile…’

But at that moment…

Todoroki : *annoyed* No Dad, I ain’t going with you to that Show-

Midoriya :*angry* WOULD YOU PLEASE STOP COMPLAINING ABOUT THE TRIPS, YOUR DAD IS ORGANIZING FOR YOU ,JUST TO SPEND SOME TIME WITH YOU !!!??

Midoriya : NO ,DON’T IZUKU ME !! YOU HEARD ME ,YOU FIRE COLDED BASTARD!! YOU’RE EXTREMELY GETTING ON MY NERVES LATELY!! COULD YOU DO US A FAVOR ?! SHUT UP AND STOP TALKING ABOUT YOUR DADDY ISSUES !!I’M OUT!!

late, but happy birthday nobu!
this was last year’s drawing : !!!! 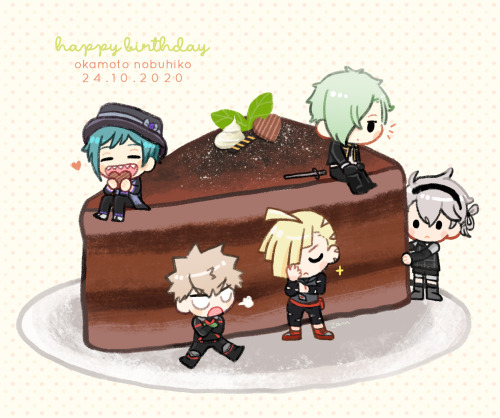 Remember the thing I posted sometime ago that I kept thinking about?

Here’s the work in progress.

God damn, I actually animated Bakugo’s part from scratch??? I-

#listen, #i wanna punch this stupid pomeranian too, #but hes not a fucking villain, #cant u see his conviction???, #his passion???, #wtf man, #bnha, #mha, #bakugo, #bakugo katsuki
3 notes · See All
shitididnthaveablogforText

#listen, #i wanna punch this stupid pomeranian too, #but hes not a fucking villain, #cant u see his conviction???, #his passion???, #wtf man, #bnha, #mha, #bakugo, #bakugo katsuki
2 notes · See All
cxnicalsweetheartText

& like this dude really said “come at me, bro!”

unironically, in a fit of rage, said “come at me, bro”

i know we talk a lot about kirishima having himbo energy but can we all agree that bakugou might be a little bit of a himbo himself?

#Isa SCREAMS, #Why Does My Brain, #why did it have to be in this day.., #when I get the idea of making an animated project..., #...AND mess with Bakugo at the same time, #I'm doomed, #so this is how it is, #ok, #sksKHJDSKHKHJFJHSDHF, #MMD, #MikuMikuDance, #Katsuki Bakugo, #Bakugo Katsuki
0 notes · See All
scftizukuText

Okay Mahoro and Katsuma calling Deku “Papa” and Bakugo “Dad” means everything to me. Whenever the 4 of them are together they would be in their own little world and those 2 words would flow out of their mouths naturally.

Keito can influence/control/manipulate physical matter with their mind. Commonly, the most basic and fundamental trait of this ability is to move or otherwise interact with objects (or alternatively, to generate and apply physical force on a target) both from a distance and without physical contact. As the ability is connected to the mind of the user, it can either be activated and controlled through conscious effort and concentration, through emotions of a particular level of intensity, or simply through the desire and will of the user. Telekinesis is one of the bases of many superpowers that are based on “controlling/manipulating,” and may evolve to the point that a Telekinetic can control anything at a subatomic, particle, and universal level.

“Telekinesis” is an umbrella term for any ability that involves using the mind to influence/control/manipulate/move some form of matter/objects.Keito is also able to levitate and suspend herself in mid-air.

Psionic to Telekinesis Negation, and Psychic Energy Absorption can negate this power.May only be capable of moving objects they could physically move.Might be unable or only able to move certain objects.May be able to affect only targets that they can physically perceive or that are within a certain range and distance from them.May only be able to manipulate targets of a certain number, size, or weight at once.User may not be able to affect objects above a certain momentum or that are already moving.Psychic strength may be proportional to the user’s capacity, meaning an opponent with greater physical strength than the user’s mental strength may break free, or even be immune to the ability altogether.Might be weakened, nullified or interrupted by stress, fear, distractions, disbelief, lack of confidence, morale, and willpower, etc.Might be linked to or unwittingly triggered by emotions, thoughts, dreams, causing the user to be unable to control or possibly even access their ability.May require intense amounts of concentration, focus, and mental effort to use properly, preventing the user from being able to perform other tasks at the same time, to the point where the user may be completely unable to move while using the ability.Use of the ability may be channeled through the motion of the eyes, hands, or fingers and the user may need to perform specific gestures to utilize the ability, such as touch their heads, meaning that their abilities could be nullified if the user is unable to move or visualize their target.User may not have control over the speed of which the target moves.Might be physically or psychologically fatiguing, straining, or even crippling for the user, with the user either bleeding from the nose or eyes, falling unconscious, entering a coma, or even dying from the mental effort of using the ability.May not be able to manipulate magic-based matters/energies.Could be ineffective against those who control themselves at fundamental levels

Personality: Keito is usually very calm and reserved, she is also sarcastic and secretive,and she says things that she thinks and that can inadvertently offend people because of this she doesn’t make friends and doesn’t have to many friends,but she can be very patient and purposeful,she has a small bad habit of sneaking up on people,but she also has a short temper.

hhh uhm im rlly srry that i ask abt fic recs so much but yall got good fics abt the ua kids and the proheroes bonding??? idk why itz just neat yknow. pls :)))

Bakugou: Oh-no! Deku got punched in the face!

Also Bakugou: And I’d do it again