My poor boy(I realy want to draw my own dynamorph characters, but I hate drawing humans)

Redid Blaise, a trainer that morphed with his Noivern! @lulzyrobot came up with the amazing AU and I got around to redoing my character on my phone. I still have no idea how to do shading

I drew my Dynamorphsona from @lulzyrobot’s Dynamorph AU! I think the concept is really cool! Here’s my OC with and without psychic terrain! And please excuse my crooked handwriting

PLEASE DO NOT REPOST MY ART!

I have recently fallen in love with @lulzyrobot ’s Dynamorph AU so I decided to design some Dynamorphed trainers. All in various states of humanity lost

The Zoroark fusion is @professorlunadark

3rd and 2nd ones all belong to @monarchartstuff

1st one belongs to @zoetheelegant

As explained, the reason for fusing is out of desperation to save the trainer or confusion in the case of wild trainers.

So hypothetically, yeah they would be smart enough to just….decide not to fuse.

answering all the important questions

So uh, I cleaned up the lineart of the previous post - so again, here’s my Dynamorph AU OC, Rupert! @lulzyrobot is the creator of the AU - I highly recommend you check their blog out as well!

So uh, I got pretty hooked on @lulzyrobot’s Dynamorph AU, and I thought to myself - “Y’know what, why don’t I make a whole new OC for this? Could be fun.” I ended up doing just that, and some brainstorming and subsequent sketching later, this not-so-smol bab came to be! Rupert (name not yet final), a trainer who - as you can probably tell - ended up fused pretty extensively with an Aurorus, of all things. I haven’t yet figured out much of his character overall, but he’s definitely a shy lad, the kind that… honestly? Kinda needs a hug tbh. Anyway, this is just a sorta rough coloured sketch rn, but I might actually do a clean-lined version of this if I can get around to it. Who knows?

Still debating on that cuz on one hand, yeah its got spots but on the other it IS far away…

I mean, you could think that if you want but, for me, nah they can’t go back. Thats just a whole mess of gene splicing that no one really knows how to mess with.

One does not just ‘fix’ cosmic horror aha

I’ve also had a blast mix and matching random ‘mons to make absolute monstrosities. They’re getting nicknames, because I’ve put too much through into their backstories and behavior, and figured SOnia and Magnolia would get behind the practice of nicknaming all the Wild Trainers that are captured to make sure they’re treated as humanely as possible. Leggy and Night Hag especially have stories behind how they were captured, which I might post more about eventually. 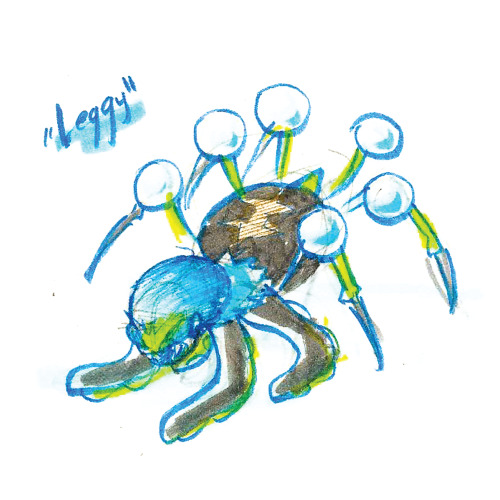 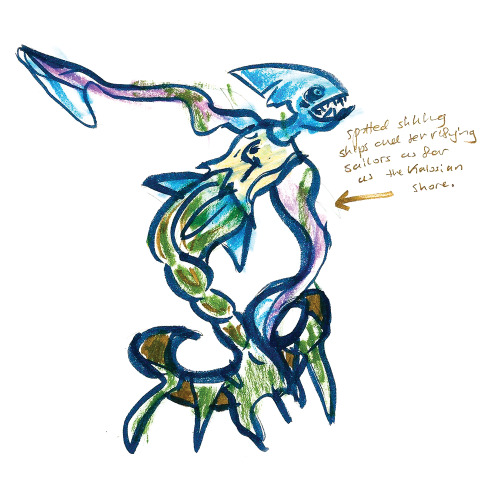 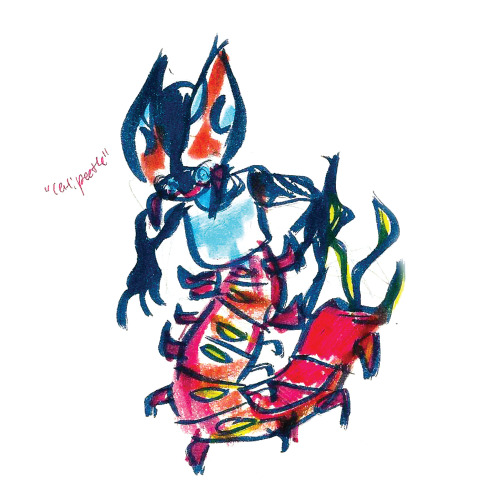 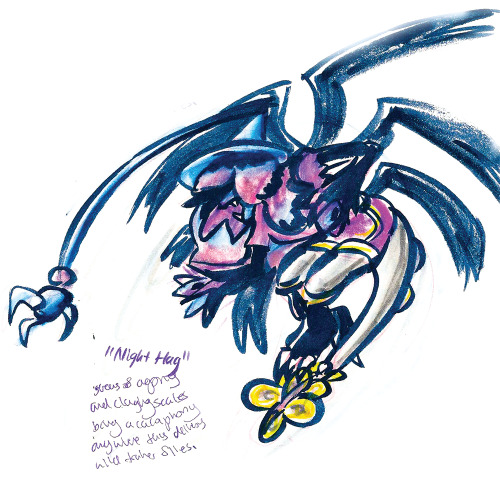 yes its midnight. but sometimes you get struck with inspiration

so this is marlowe and they got dynamorphed with their popplio. they sneeze bubbles sometimes. i might draw more of them

I’ve found @lulzyrobot Dynamorph au and I fell in love with it! If you want to find more please read this post

How did she survived that fall? your guess is as good as mine! AlsoI know in the third page there’s supposed to be a timeskip ;; I didn’t know how to show it

I’ve noticed that noivern is often used but ;; everyone is fused differently so it’s fine (I’m trying to make peace to my insecurities,sorry)

I tried to make a small comic about Bianca but I’m not super sure about this one, I might try and re-make this later on 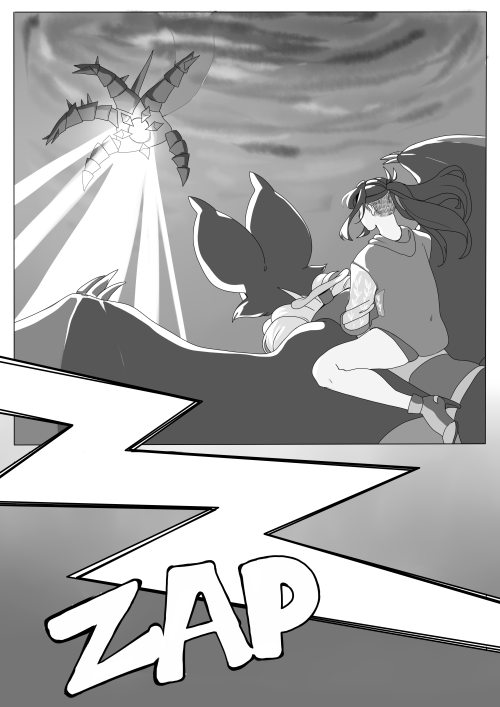 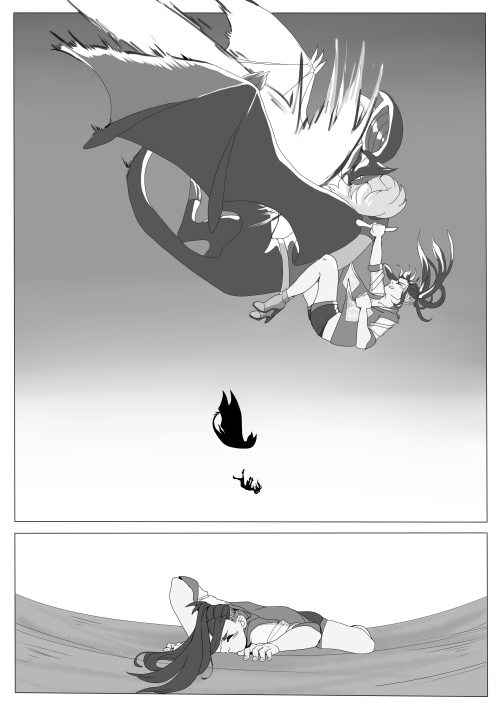 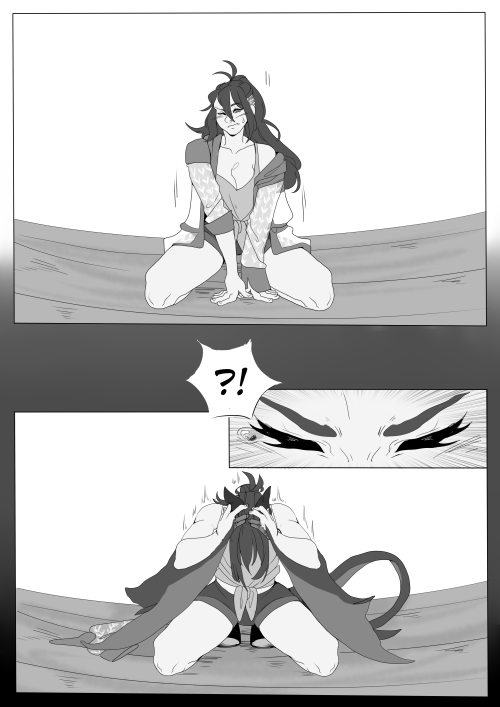 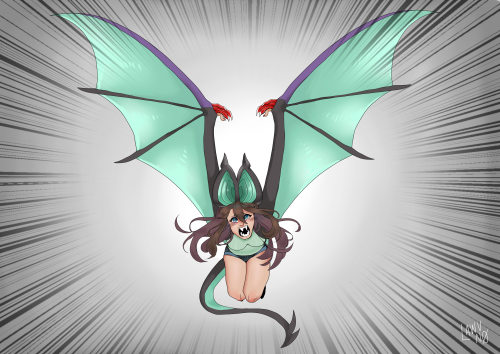 I recall someone asking me in the past what trainer d would be like in the dynamorph au by @lulzyrobot, and WELL honestly I originally was gonna make it cinderace, but I saw their victor combined with cinderace SO BESIDES I WANTED TO TRY OUT SOMETHING ELSE SHSDHGHS

so uh basically,,,,,,,,,,,,,,,,,,,even though Zacian and Zamazenta were nowhere to be seen in their au, he decided to go his way to desperately search for any of the legendaries in order to defeat Eternatus

he DID find Zacian, but was too late :^( 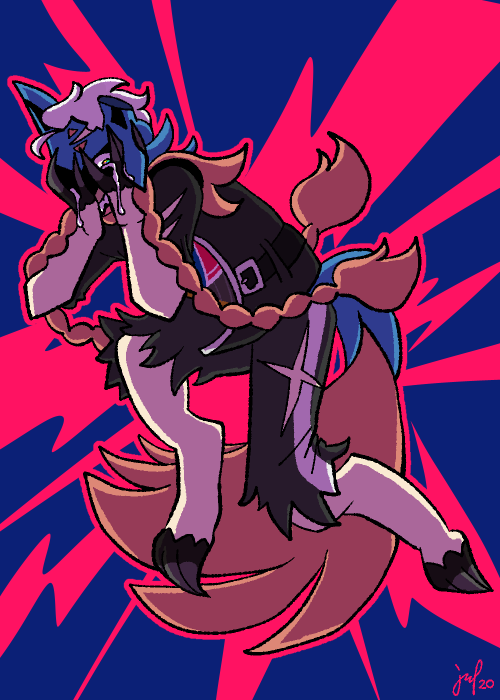 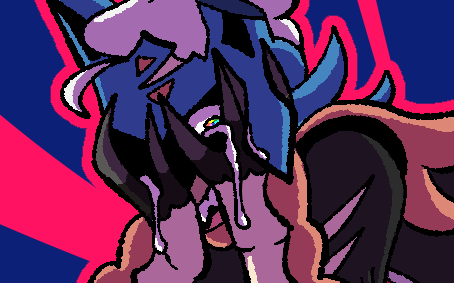 #trainersona, #trainer daddy, #dynamorph au, #listen im aware the au says no legendaries but, #I RLY WANTED TO SEE A ZACIAN DYNAMORPH, #honestly it BARELY LOOKS LIKE HIM, #UNLESS U SEE THE EYES AND HIS HAIR SKSKSKSK
107 notes · See All
zphrText