After returning from the sludge villain incident, Midoriya Izuku finds a box on his desk. The kwami inside says he can be hero.

The Owl House and Spongebob Squarepants because I can. Err unsure if this is as funny as I thought so you can imagine it is wholesome instead. Character study amirite??? :) hopefully.

Err also I ship lumity and not spongebob and squidward but! Dunno man! Tag whatever floats ur boat (spongebob x luz endgame???). I am mostly joking.

Me @ anyone wanting to steal my intellectual property: jokes on you i am not an intellectual.

been drawing these two a lot lately so i wanted them in one doodle haha 😊 kuroo’s more of a rooster-head but i draw their hairstyles basically the same, with the exception of which side of their faces their bangs cover

Hiccup O Dunbroch. When Merida and Hiccup married, Elinor was insistant that Hiccup come live in Dunbroch and bring Toothless with him. Hiccup now has the name Dunbroch(being married to Merida) 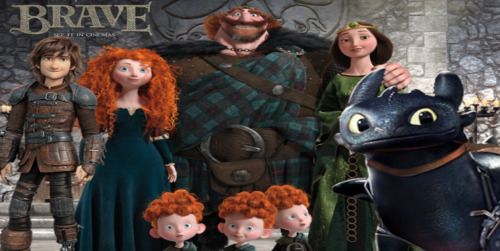 “How do we catch an invisible guy who doesn’t want to be caught, without alerting Militech that we’re looking for him?”

Chapter 2 is now up and I have lots of fun plans for more!

This story was inspired by the amazing artwork of @moxie-sketches and can be found here.

NATO’s already arrived to clean out the crazies.

“You’re the music in my ears!”

You guys maybe have a fun idea of a drawing for her? Leave your thoughts in my ask box or here in the comments^^

Alright, the Spectakids* AU is starting to grow on me so expect some stuff for that pretty soon; it’ll mainly be little dialogue scenarios I imagine happening between them, but exploring their dynamic will be fun!

barney_fife, writing in Dracos Valley, a part of The Multiverse:

As the light, and the smoke from the sudden flash-bang settled, and receded, a figure shimmered in front of Danegh as she stepped out of the thick foliage. The air shimmered, like sunlight on water before reveling a strange figure in a form fitting, sleek, and slender suit of armor with a glossy black faceless visor.

There was a hiss, and a series of whirs before the glossy visor of the helmet retracted, and opened up to reveal a young woman with piercing blue eyes, and raven black hair, her hawkish facial structure also betrayed her hardened nature as the helmet, and visor retracted into the suit’s shoulder.

She eyed Danegh for a moment, as she slid her disruptor rifle over her back, and attached the weapon with an audible click, before she took a step forward, looking around for a moment.

“Are you okay?” She asked. The light began to glint off of her suit, as she briefly glanced around.

I had ideas of this earlier in the week, and a dream about it two/three days ago.

Sometimes he hated being right.

The tree bark exploded revealing hundreds of battle-hungry boggans in a ripple effect that cascaded down the trunk and over the thickest branch. Rot covered the raw, exposed surface, slowly burrowing into the heart of the tree.

This was an ambush.

“Your Majesty!” he called down to the pond below, “get to the barge!”

Queen Tara raced across the water. The green petals pulled together swiftly to form a straight path. The barge reformed from a lily pad back into a transport, and the dragonflies hovered it slightly over the water, waiting and ready to take off.

Line after line of leafman archers fired into the dark forces, leaping over the heads of their brethren in a swift, constant rain of arrows.

Quirin and a group of hummingbird-mounted leafmen formed a protective circle around her as she ran. They fired arrows into the hordes, yet only a portion of the enemy were going straight for the queen. More made it their task to take out the dragonflies, causing the barge to crash into the water.

The rest - the majority -, they realized to their horror, went for the pods.

PastelHarmony, writing in Main Street, a part of The Multiverse:

Haze jumped, letting out a small squeak. “I- um, I was just going to, uh… bring it home as a souvenir?” she replied weakly. Her shoulders lifted in an almost apologetic shrug. “Yeah, my, erm, grandma, you know! She used to be a lumberjack, so I thought I would get this for her.” Haze rambled nervously, gesturing in an explanatory manner.