My shiny teeth that glisten
Just like a Christmas tree
You know they’d walk a mile
Just to see me smile (Woo!)
My shiny teeth and me
(Shiny teeth, shiny teeth) “ ~ Chip Skylark

Toothpaste of Shiny Teeth is a magical hygienic paste created by followers of Sarenrae / Lathander / Light Deity befitting your setting. When used, it grants the user +10 to all Charisma based skill checks, and emanates light that counts as Bright Light from the users teeth in a 120 foot cone for eight hours.

Shiny Teeth: At Will

As a free action, the applicant can use their teeth to shine bright light in a 120 foot cone. This does not provoke attacks of opportunities, and counts as sunlight in regards to creature weaknesses and mechanics. It raises the brightness level of any area shined upon it to bright light.

This is my gift to you, at 2 am, my glorious readers. Bask in THE BRIGHTNESS OF THE GODS.

A quick overview of my six-guns and sorcery item supplement, available now on #DMsGuild.

If you’re one of the first 15 people to read to the end, yay for you! Have a surprise!

I’ve recently released my second product on DMsGuild – Satchel’s Bag of Tricks.This is an item supplement for Six-guns and Sorcery adventures, so an ideal accompaniment to my first product A Town Called Mud: The Haunted Mine. And you can even get them both together in a bundle for the price of just my adventure.

I decided to do something different for my second go around, and I took my time over… 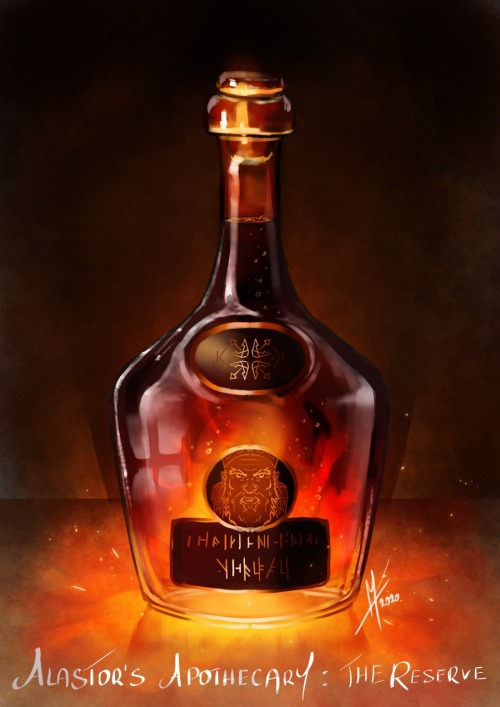 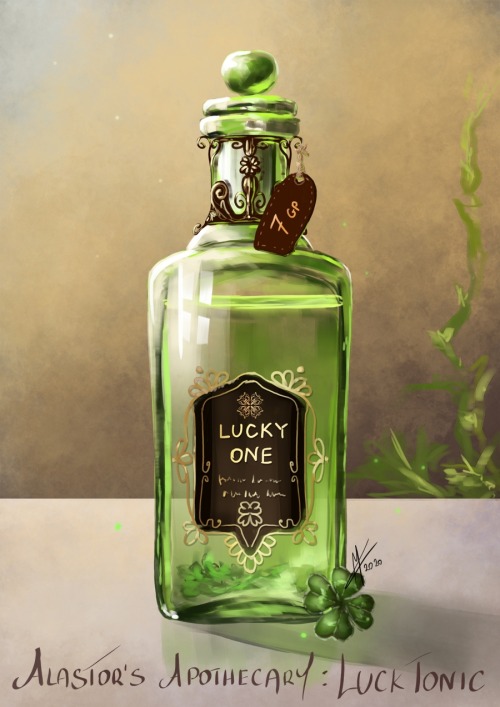 “They told him, “Don’t you ever come around here
Don’t wanna see your face, you better disappear”
The fire’s in their eyes and their words are really clear
So beat it, just beat it (Ooh!) “ ~ Michael Jackson

The great criminal overlord Whudda was known for his intimidating demeanor and brutal beatings. He had a special Sap made for when he needed to strike fear into someone’s soul. Possession of Whudda’s Sap gives you +5 to Intimidation checks, and just raising the weapon may strike fear into your target’s heart.

Whudda’s sap is slightly heftier than most Saps, dealing 1d10 Nonlethal Damage. It has the Agile trait. It counts as a +1 Magical Weapon for purposes of bypassing resistances.

You raise Whudda’s Sap into the air in a threatening manner, attempting to intimidate your target.

PF2E: The target must make a Will save at a -5 penalty (opposed Intimidate Check).

Critical Success: The target is unafraid and steeled by the threat, gaining a +2 circumstantial bonus to hit the wielder. The target is immune to fear effects generated by the item for 24 hours.

Success: The target is frightened 1

Failure: The target is Frightened 2.

Critical Failure: The target is Frightened 3 and must flee for one round.

D&D5E: The target must make a Wisdom Saving Throw with Disadvantage (opposed intimidate check) or be affected by the Fear spell for 1 minute.

I’m a little tired so I’m not sure who would get the most utility out of this item. It seems fun for flavor for criminal characters or really intimidating fighters. It is still on the weaker side, but may be something present in the early game for NPC’s like bouncers or mob members. Or I could be wrong and it’s useless. Who knows! Let me know what you think! 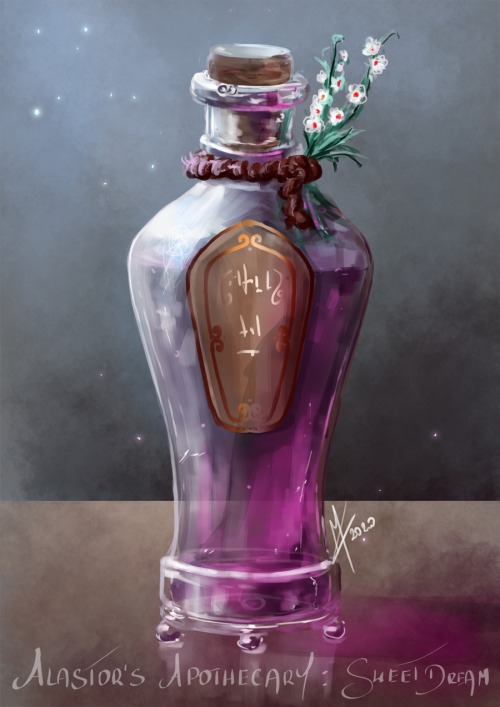 Made from base metal and set with an uncut philosopher’s stone, most jewellers would overlook this ring as tacky and worthless. Every alchemist worth their salt, however, will recognise this as one of the most potent magical items their profession has ever produced. 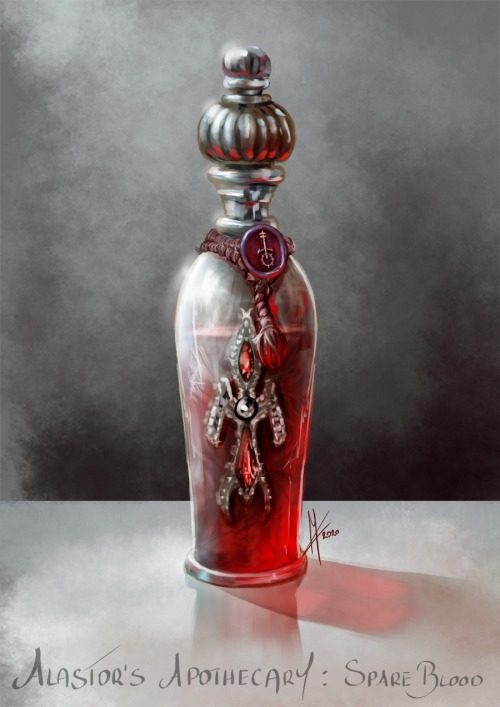 “My ignorance of science is such that if anyone mentioned copper nitrate I should think he was talking about policemen’s overtime.” ~ Donald Coggan

Cursed Copper is a darkened copper coin that turns all silver, gold, and platinum coins into copper when mixed together. Created by a mage whose spitefulness knows no bounds, the coin will blend in with the copper created by the curse, which creates great difficulty in discerning from the rest (DC 22 Perception/Investigation). Upon discovering the coin, you may separate it from the rest of your currency. Upon removal of the Cursed Copper, your silver, gold, and platinum are restored, though they will look aged and tarnished.

I thought I’d try my hand at a cursed item, though it may be a little severe and difficult for a low leveled PC to deal with. DM’s discretion is advised. It may be fun to throw at a mid-leveled party just to see their reaction to all their currency getting cursed. Even funnier if they just can’t make the check due to bad luck.

P2: When a Bard chooses the Axe of Shredding as their performance tool, the range of all inspiration related abilities and spells doubles, as does their efficacy by 2 (Ex: Inspire Courage now gives a +3).

The Axe of Shredding is an oddly shaped, pointy cornered guitar. When played, the creature must succeed a Performance check of 18. If met, the Axe of Shredding emits a 30 foot cone of sound. All creatures within the cone must make a Fortitude save based on the user’s Class DC. They must make this save or take 6d6 Sonic Damage, taking half on a success, none on a Critical Success, and double on a critical failure. After using the Shred action, the Axe of Shredding cannot activated again for 2d4 rounds.

Spotless Soap is an item that, when used in daily preparations, allows the creature using it to stay squeaky clean, no matter what. Dirt doesn’t stick, mud slides off without a trace, and even the stickiest of liquids will not stay. The user of Spotless Soap treats mud and thick liquids as if it is normal terrain, and is immune to Tanglefoot Bags, acid effects and swallowing abilities of oozes and slimes, and gain a +5 to diplomacy checks for good hygiene. Spotless Soap cannot counteract Sovereign Glue.

Speaking out of the description portion, I would say DM’s/GM’s should determine extra abilities the soap may have, as I cannot go through literally every single creature, spell, and monster in TTRPG’s that have abilities to make you stuck. If you were going up against PF2E’s Mudwretch, I’d rule it as most of it’s abilities not working other than the pressurized mud. You could also argue that the soap shouldn’t keep your clothes from getting stuck or dirty, but my justification is that the soap is magic and can do cool shit, maybe I’m just dumb.

If I had to judge cost, this stuff is premium because of the ability to no-sell some pretty deadly abilities. You’d probably also only be able to get it from Shelyn’s worshippers in PF and Sune’s worshippers in D&D. That’s my recommendation anyway. Charge appropriately for the effects.

Let me know what you guys think!

[Me thinking about the prompt ‘royal’: Ah yes…like a guillotine] 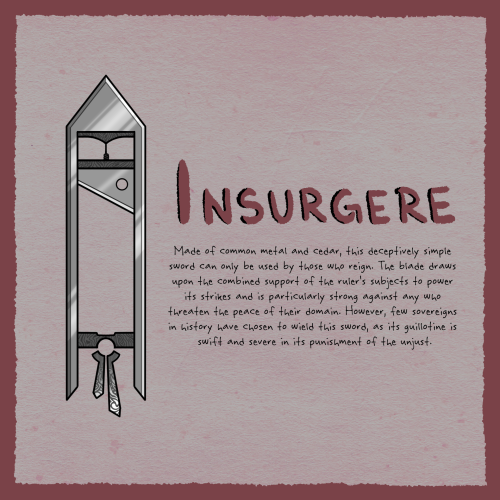 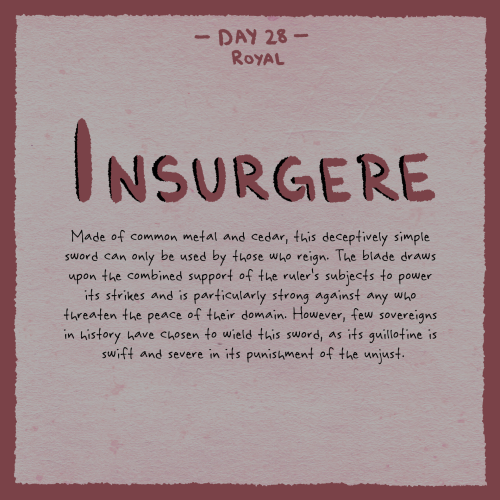 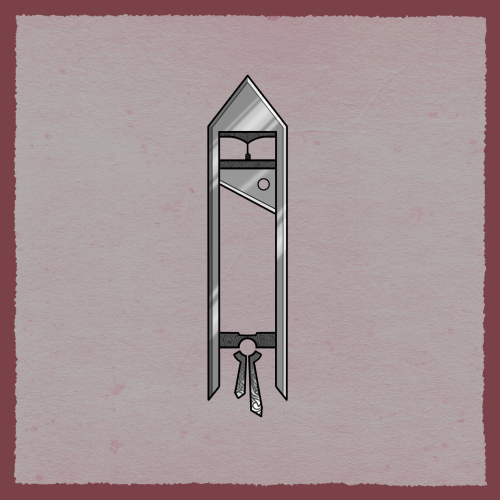 “How does he keep vanishing like that?” said Voddick, lowering his crossbow.  “It is most annoying.”

“Agreed,” said Gollaon flipping a throwing knife and catching it. “Though he did not look so good that lost time.  I think the magic he is using is taking its toll upon him.”

Voddick nodded.  “As this chase is on me.  Hopefully some of the other hunters have found him.”

A shout went up in the…

you want a magic item? I’ll give you a magic item. just dont blame me if you get food poisoning.