Long ago, Aerie’d made a promise to a twelve year old girl with big turquoise eyes and big brown pigtails who had handed her a stuffed bear.

“If you tell them what you saw I will bury a dagger between your ribs!”

The twelve year old had nodded and agreed to the terms. “I won’t tell.”

Aerie never returned to the caravan, but days later Malika appeared there. Pigtails stayed behind but Maeryn left with Mal.

“Where are we going?” Maeryn had asked and Malika had noted that the twelve year old didn’t seem scared at all. She seemed excited. Pigtails had only joined the caravan to learn from Aerie; Maeryn ran away to be with Malika.

“Anywhere we want to.”

“Where are you going?” a 15 year old girl with sad turquoise eyes and a ponytail asked the unreliable thief. Three years of being together had led Maeryn to realize that Malika was not good at “being together."

"Anywhere I want to,” Malika had answered and Maeryn hadn’t asked more. Maeryn always had somewhere safe to stay and Malika always had a place to run away.

“What is this?” Malika had asked one day after she had returned again. Maeryn had grown used to Malika disappearing and reappearing. She shouldn’t have had to.

“But I don’t know my Nameday,” the blue eyed sister protested.

“It’s the day you ran away,” Maeryn said as if it was obvious. “I got you a present too!”

It felt like someone had pulled out a dagger that had been buried in her chest for years.

“Anything you want it to be,” Maeryn answered.

I made these a few months ago and completely forgot about them, so I’m posting them now!! I planned on making more, but I’m lazy. 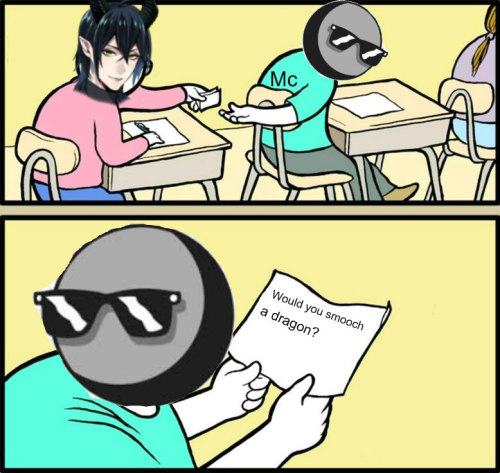 Mal is the Great Alpha Werewolf according to Wyatt and Willa she is proud of it.

Mal is the Great Alpha Werewolf and is excited to be part of the Forbidden Forest Pack along with her little sister Lizzie who is also part werewolf in the pack they enjoy being with Willa and her pack. They dance and sing and howl as all werewolves do. Hoping they enjoy themselves.

Can you guess who it is? You think the werewolves will find the great alpha?

thank you & here they are!! had fun with this one :D