Lol I’ll sleep on the floor or something 🤷🏻‍♀️

I don’t think anyone can comfort me like my dog licking tears off my cheeks.

#dogs, #doglover, #dogs are the best, #dogs are awesome, #dogs are great, #dogs are incredible
1 notes · See All
erebusvincentLink
In Moscow, a woman devotes her life to saving dogshttps://www.washingtonpost.com/world/2020/08/20/moscow-dog-rescue/?arc404=true&utm_campaign=wp_post_most&utm_medium=email&utm_source=newsletter&wpisrc=nl_most

MOSCOW — On a curved dirt track beside a forest outside Moscow, a large dog of no particular breed shambles along. Somewhere sounds a birdlike cry. Several more dogs bounce up, weaving and cavorting. Then another wave of dogs appears, and another, until the track undulates with red, brown, black, spotted, short-haired and shaggy dogs, their tails flapping like cheerful flags, their tongues lolling.

A young woman whose eyes seem snipped from the blue summer sky emits the cry again, calling her dogs. Fifteen of them crush happily around Anastasia Pomorina, saintly dog rescuer or crazy dog woman, depending on your point of view. A blind dog, Zaya, walks and spins. Dzhoker, with one blue eye and one brown, gazes curiously. Dizel, tall and skinny, who once lived in a box, affectionately leans his weight on a stranger’s legs.

They pile into Pomorina’s van, headed home to her tiny two-room Moscow high-rise apartment. It is as cozy and shabby as an old wooden cottage, with claw marks on the walls, torn wallpaper, chewed linoleum, rickety doors and beds for the 15 dogs and 13 cats in every corner. Pomorina’s top bunk roosts above the dogs’ bunk below.

Her flatmate, Maria, or Masha, used to groan when Pomorina stopped the car to pick up yet another dog. “She would say, ‘Why? We don’t have space.’ But now I laugh at her. We were traveling from the forest and she said, ‘Stop the car! There’s a dog.’”

Keeping 14 or 15 or 16 dogs in her tiny apartment, not to mention five or six with her mother in the country, is not a life she planned.

“I never know exactly how many dogs I have. Does it matter?” she says, laughing.

#dogs, #I love dogs, #dogs are the best, #dogs are awesome, #dogs are great, #dog rescue
0 notes · See All
uwu-ouoText

Gunner KNOWS he’s not allowed in the kitchen. So this is what he does.

My little dog is a fucken warrior ! That fucken coyote fucken tried but my little old man put up a fight. He’s getting his wounds fix at the hospital as we speak. There’s no need for prayers. Prey for that coyote to not return or he be fighting with me personally

#multipoo, #dogs are awesome, #my dog, #coyote, #coyote attack, #warrior, #beast, #survivor, #mighty, #i am emotional but i will survive just like my baby
1 notes · See All
animalsnapsPhoto 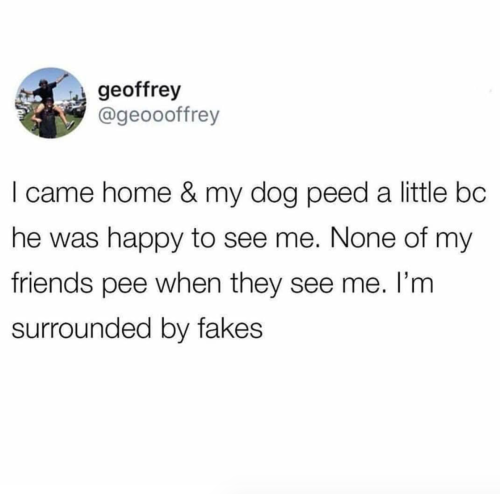 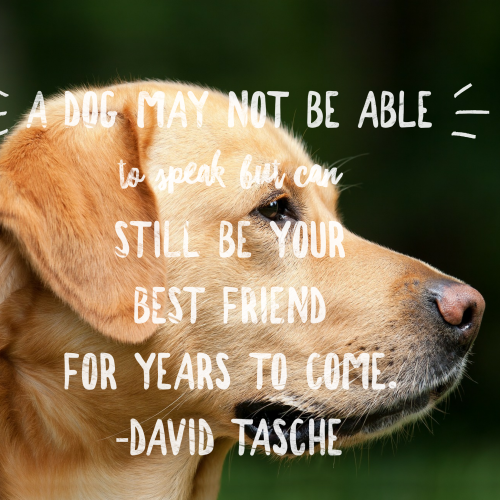 My aunt has six more mouths to feed

Hi Satan, I know your prefer cats, but I don’t have any (Damn my allergies!) Anyways, I know you said that all animals are valid, so here is my Golden Retriever; Chaggy!

*Satan admired the amount of fur, wishing he could snuggle right into Chaggy*

What a beautiful dog 💚

#thank you for your contributions, #dogs are better than people, #dogs are good, #dogs are awesome, #dogs are so pure, #satan talks, #submission
10 notes · See All
datleggyAnswer
I was getting ready for class and let me tell you there is nothing more suspect to my dog than me putting clothes that aren't pajamas or work clothes to him.

awwwww my dog knows EXACTLY where im going based on what im doing before leaving the house. if i put on sweats and sneakers and then dont pack my backpack but instead start looking around (for doggy poop bags) he KNOWS we going on a walk and is hyped af!

if i put on CROCKS? he gets depressed bc he knows im headed to work and will whine on the couch next to me until i leave

#dogs are awesome, #i love them so much, #anon, #ask
4 notes · See All
erebusvincentLink
Dolly didn’t win at Westminster, but her owner doesn’t care. She helped him beat cancer.https://www.washingtonpost.com/science/2020/02/10/westminster-dogs-therapy-jobs/?utm_campaign=wp_post_most&utm_medium=email&utm_source=newsletter&wpisrc=nl_most

Dogs are flawless in every way.

Tony Stark Taking His Son For Walk While Giving The

Bonus: Here’s A Courtesy Picture Of Tony’s Child, He Has Stated To Please Cherish And Love Him With All your heart Since He Is A Special

“SO THERE FOR SHOW HIM SOME LOVE AT THE SPIDEY Baby”

The moment I stopped petting her.

#lol, #dogs are awesome, #haha, #the real life of me, #husky
5 notes · See All
counter-of-the-starsText

I live for her happy face. My little beam of light Kira.

Her wants to go for a walk that’s why her ears are so perky.

She won’t let me be sad today and I’m glad.

#not to be dramatic but i would die for lucky, #dog, #dogs are awesome, #dogs, #doggos, #submission
6 notes · See All
spideylilparkerText

Me: *life falling apart* so, I saw a dog today…