X is for the eXtended Edition

Thorin A to Z

I have owned these for a few years & still haven’t watched them all the way through. The theatrical cuts are “extended” enough for me 😄

T is for Thror, Thrain & Thorin

The royal line of Erebor

Thorin A to Z

Thinking of expanding my request options to include moodboards and banner images (basic ones for now - I’m not practised enough for advanced edits just yet) etc alongside gifsets.

Could incorporate neo-khuzdul into them, if its single words or a translation has been done (I’m not confident enough in my use of the Dwarrow scholars translation tool to be able to do sentences yet).

Is there an appetite for those kind of things?

I often think about how Lindsay Ellis made essentially a 3 part documentary/video essay uncovering the making of The Hobbit movies (and what could have been) and how in one of those amazing 3 parts, she said something along the lines of “female characters have to prove themselves or distinguish themselves in a way only females can, otherwise they’d be (played by) males,” hence why women characters are usually in unnecessary love plots. It’s so tragically true. I often think about that when I watch shows or movies, or just sitting in my room.

The Hobbit Trilogy sucks and Peter Jackson knows it, that’s why he looks in the interviews and bts stuff like he wants to drown himself in the Anduin.

If Tolkien knew what they did to the Hobbit, he would turn in his grave.

#gonna get a lot of hate for that, #i don't care, #the hobbit sucks, #the hobbit, #hobbit trilogy, #lord of the rings, #tolkien, #jrr tolkien, #peter jackson, #middle earth, #silmarillion, #tolkien fan
29 notes · See All
ithrilyannText

- When you decided to make three instead of two movies, wasn’t it hard to split in story arc from two into three? What do you have to change?

- Well, it was actually better. I mean, we’ve made that decision because we felt it was gonna be a better shape. It was our decision, it wasn’t the studio decision, they didn’t ever know about it. Philippa, Fran and I talked about it, and it was a complete surprise when we actually pitched the idea to the studio of doing three movies. It never came from them. I think people regarded us being like cash-grabbers what they call it, which is not the case at all. We just felt that two movies were not gonna be as satisfying in a way as three, because it allowed us to do a lot more shooting. We had story-lines and story-arcs that we weren’t really able to do when it was two films.

Every time i read about ‘the studio forcing PJ to make three Hobbit films instead of two’ (and that seems to be a commonly accepted opinion on the matter), i just ????
It gets me baffled, and a little bit frustrated, too.
Well, let’s just say i’m one of those fans Richard talks about in this interview, who enjoy every single second of each of three films ;)

Yeah. It really does. 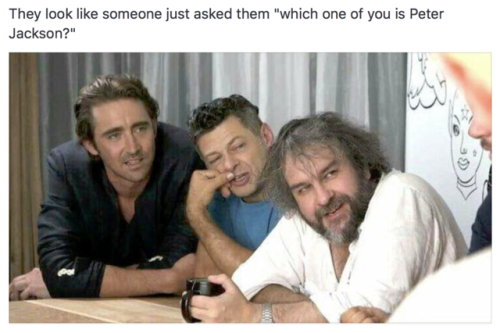 Heads up yall if you love Kili the dwarf from the Hobbit movies as much as i do, go watch him play Mitchell the vampire in Being Human(UK).

Aidan Turner is a damn sexy man and it dont feel right to hoard him all to myself.

Of all the LOTR & Hobbit characters, Legolas has GOT to be the least aware. He’s forever being saved by someone else, because he’s not focused on his surroundings. Just watch all 6 movies, and pay attention to him. It’s hilarious. 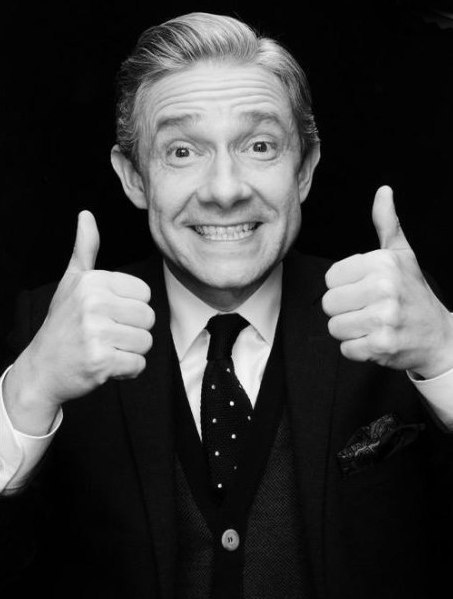 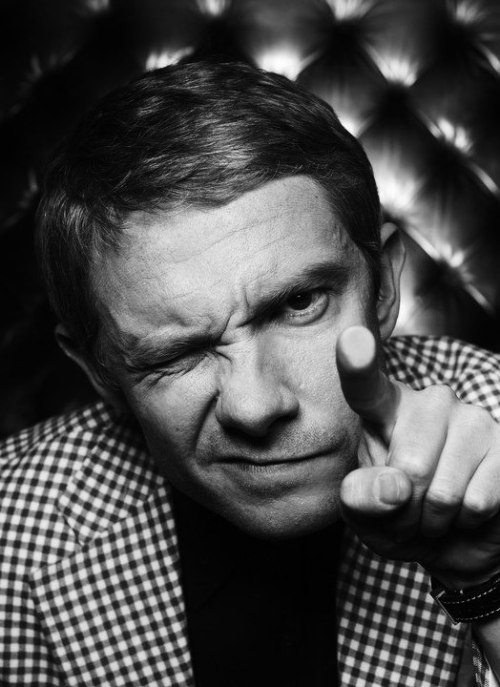 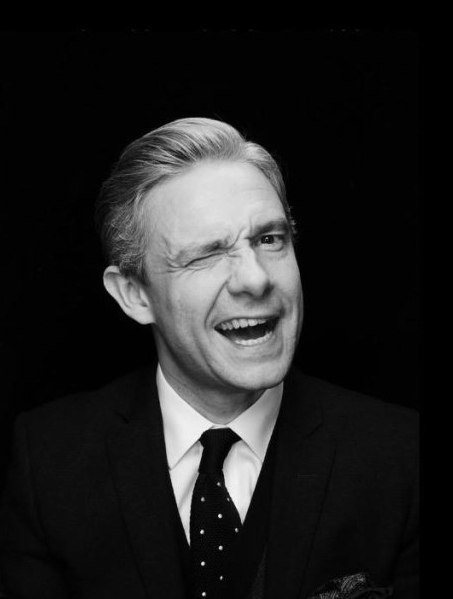 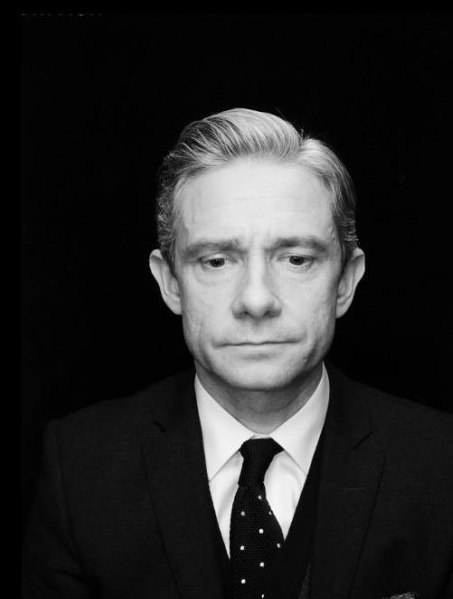 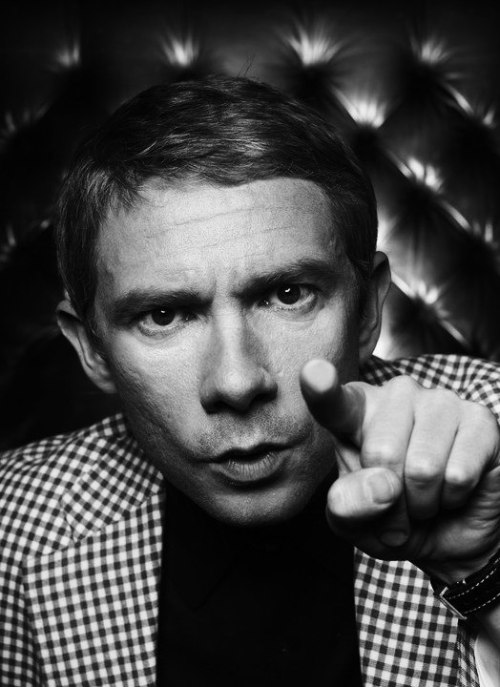 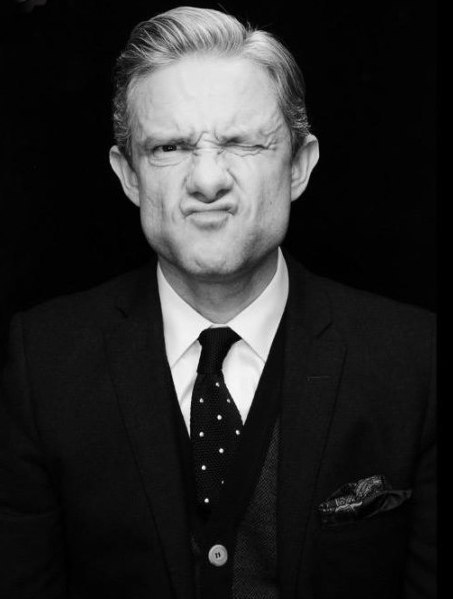 #martin freeman, #male, #hobbit trilogy, #sherlock, #fc, #faceclaim, #Face Claim, #rpg, #oc rp, #rp, #roleplay, #avatar, #character, #Brown hair, #blue eyes, #british, #caucasian
24 notes · See All
aquitainequeenChat
Peter Jackson: *writes a relatively convincing if brief relationship between Kili and Tauriel*
New Line Cinema: PUT LEGOLAS INTO THE LOVE STORY OR SO HELP YOU-
Me: ...
Me: ...anyway, about that chemistry between Tauriel and Thranduil...
#kili, #tauriel, #thranduil, #the hobbit, #hobbit trilogy, #sorry but tauriel had more chemistry with thranduil while aiming an arrow at him than she ever had with legolas, #I wasn't even aware that there was a love triangle anyway?, #then again I am very bad at picking up on relationships unless they're spelled out for me, #so there you go
8 notes · See All
queenbovineText

#about me, #Middle-Earth, #The Hobbit, #Hobbit trilogy, #The Lord of the Rings, #The Book of Lost Tales, #The Silmarillion, #Gandalf, #Sauron, #Valar, #Maiar
0 notes · See All
all-is-for-allText

Both finished the Peter Jackson Hobbit trilogy and watched the Rankin Bass Hobbit from 1978 today.

I don’t see why people didn’t like the trilogy. I was very satisfied with each movie and I like how so many of the characters got fleshed out. I haven’t read the book yet, and I hear that people were pissed that the film deviated quite a bit, but I was onboard for the whole thing, with very few moments of boredom or confusion (though they did exist, of course). Now it’s on to either the original book or the LOTR trilogy.

The Rankin Bass version was interesting. Really cheesy at times, with a palpable “holiday special” vibe to it, but there were some truly great scenes in there. The Smaug scene in the mountain was definitely well-done, but the Gollum scene in the catacombs was in another league entirely – who would’ve thought that a Rankin Bass depiction would be more unsettling than the big budget variant by Jackson? I didn’t get to see this one when I was kid, but you can bet your ass that I would’ve been absolutely terrified by this scene if I had. You’re just transfixed on the screen, watching this amphibious version of Gollum with horrible eyes and a droning, deathly voice. I’m glad they spent as much time as they did on this scene (it was probably 10% of the film).

*Watching the Hobbit: Battle of the five armies*

Me: I fucking love the Elves

*Elves continue to be assholes and Thranduil is a giant dick*

Me: They’re just so amazing

You actually watched both Tolkien trilogy films back to back and in order. (Hobbit First then LOTR). I did. Yes, yes I did.

#hobbit trilogy, #lotr trilogy, #watched them back to back
26 notes · See All
Next Page