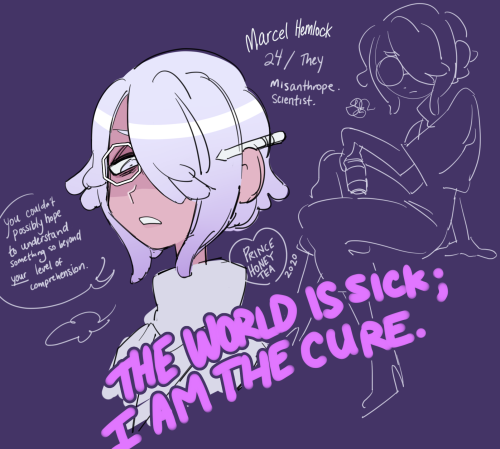 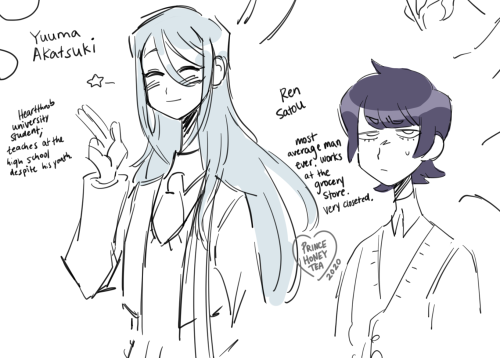 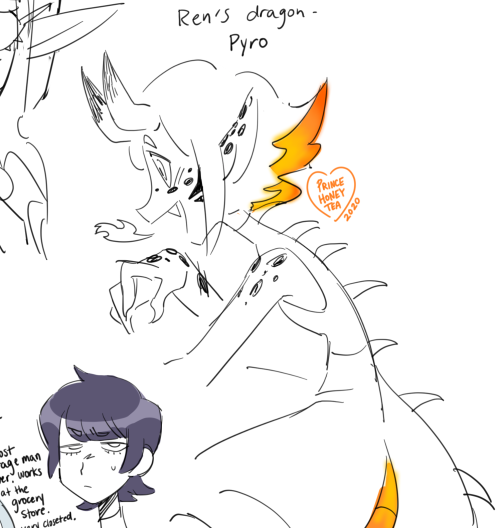 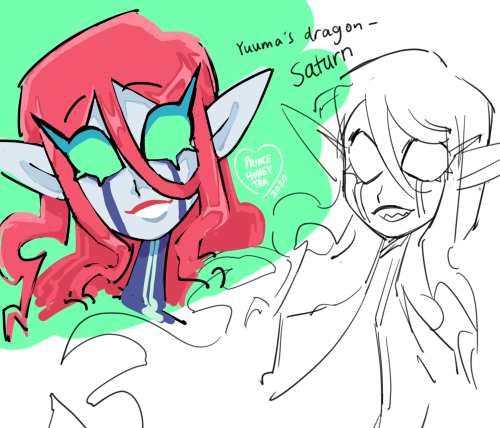 If I see one more of you bitches whitewashing Saturn I’m gonna actually lose it.

#hwbm, #heaven will be mine, #saturn
1 notes · See All
segacityPhoto

the beauty of pushya 🪐🐏:

pushya natives have a distinct lunar and/or saturnian appearance. saturn tends to bestow its natives with more slender and androgynous features. for example, popular 60s model, twiggy, and 90s model, kate moss, were constantly praised for their thin and dainty figures. this is because saturn is the planet of restriction, unlike jupiter, for example, which is known for its expansive nature and reflects such behavior in its natives. this restriction tends to give natives discipline in all areas of their lives, including nutrition. for example, miranda kerr and gisele bündchen are well-known for the adherence to limiting diets and workout regimens. even angelina jolie was known for her strict training regimen to prepare herself for her fight scenes in various films.

when the moon tends to dominate the appearance of pushya natives, natives usually look more lunar in appearance. for example, miranda kerr has smaller eyes, a plumper facial shape, and fuller lips. all of these features are abundant in lunar natives (natives of rohini, hasta, and/or shravana nakshatras).

much like rahu, saturn also gives its natives medium to large eyes. this is due to both saturn and rahu’s rulership of the air element. giving natives an almost whispy, empty and flowy eyes.

as always, i am open to any constructive criticism! i absolutely adore the pushya nakshatra because of its pure, auspicious, and nourishing spiritual energy it tends to bestow its natives 🤍 if my placements or information is incorrect please feel free to let me know! also, i am fully aware of the origins of vedic astrology and if i was in anyway disrespectful to hindu culture, i will take down this post immediately xx

*all of these placements were found using astrotheme/.com. it is important to note that some chandra (moon) placements may be off by up to 6 degrees, due to the fact that many websites do not have a 100% accurate birth time for the given celebrities.

*i take no credit for the invention of vedic astrology-based appearance profiles. please watch claire nakti on youtube or look into @/cn0bles and @/vanillemercure on twitter for more in-depth analysis on vedic astrology xx

A ‘Sonic The Fighters’ shirt, from the Japanese guide from ‘Sonic Jam’. 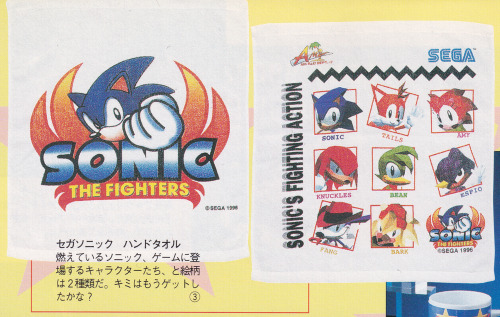 Lol not to sound like an insufferable and pretentious Aquarius but a big reason of why I distanced myself from the astrology platform here is because so many young people enter and will just say anything in a nice font!!

Venus square Saturn is not “bad.” It can just be difficult on the self worth and self esteem because you probably felt you lacked certain standards you held for yourself that you felt you needed to have in order to feel beautiful. Saturn is the harsh critic so you compared yourself tenaciously to others and that can cause issues with self image. BUT the good news is that I’ve noticed that people with this aspect or Venus-Saturn contacts in general age like fine wine! The more you grow to be comfortable in your skin and the more self love you have the more it’s expressed outwardly. My advice is to find others like you and who look similar to you. The more you see yourself presented in society and appreciated the better you feel, that’s the Saturn way of love. Cut out the current beauty trends from your social media consumption too.

I wouldn’t make it an official claim that it guarantees issues with fertility, that’s more of a medical astrology thing and I’m a baby in that subject. What I know is that it does give the person a serious approach to the topic of children and creating them. Fertility is also connected to the 8th house since it is the sexual organ itself. But the 5th house is creation and children are the master creation so struggles to create can come from really anywhere, whether it’s not finding a partner that you feel is viable enough or you are struggling with something in life that blocks that, or simply put, artist’s block. My older sister has this placement and she’s quite hesitant on having a child because she doesn’t feel they are going to aid her, but truly she wants everything planned just right and perfectly which in my opinion can be a good thing, but it has its cons because that delay for some people can cause issues with fertility as fertility declines with age, so it’s just a matter of putting two and two together.

I’ve noticed that usually people with Saturn in the 5th house are older siblings, and they had to be parents in their childhood or some kind of authority figure so they saw what it meant to raise a child from a young age, or what it meant to be responsible for someone else. A tough childhood or one where you feel like you were deprived is gonna make you either really eager on having children where you break down ancestral trauma and heal wounds or make you hesitant in the anxiety you may pass down this pattern of deprivation. 

Thinking about the jupiter saturn conjunction on winter solstice

#i dont know enough about astrology but i know zeus and cronos arent besties, #but i believe the jupiter saturn conjunction was near 9/11 and the recession so thats great aaaaaAAAAA, #astrology, #jupiter, #saturn, #winter solstice
1 notes · See All
queenjvianeyText

Saturn, Father Time, Lord of Karma, Task Master, please take and annihilate from my life what no longer serves my highest purpose—so I may give this world what it needs from me. Give me a purpose so strong and virtuous that no human can ever touch me again, unless they are worthy by your standards. I choose a life of sovereignty and tasks and reject this fruitless and selfish nature of man. Thank you for all you have given me and all you have taken. Tasks, righteousness and creed are all I now seek.

💙Sun or Mars in Taurus/Libra/Pisces or the 12th house

💙Taurus/Libra/Pisces in the 6th or 4th house.

💙Saturn in a negative aspect to Mars or Mercury

❄️Gemini Moons can’t keep their mouths shut. They like to talk about absolutely NOTHING.

❄️Cancers can’t argue without letting their emotions and subjective point of view get in the way. They need to have plenty of air or earth placements to provide logic.

❄️Saturn in a hard aspect with any planet will bring complications in that area. it might feel like these difficulties and obstacles will never end and therefore gratification in that area feels delayed.

❄️Libras have a harmless, non-threathening look about them but piss them off and you’ll regret it.

❄️Aquarius individuals tend to attract all kinds of weird people.

❄️Saturn/Venus aspects bring beauty that can be put to use professionally.

❄️Pisces risings have those dreamy/sleepy eyes and a sort of a vulnerable posture.

❄️Mars in Gemini folks get off on arguing.

❄️People with lack of fire in their chart seem to have no assertion. They aren’t go getters in the slightest.

❄️Water voids can appear really destructive and aggressive. Selfishness is among their qualities.

❄️The love of romance and sensual pleasures are emphasized to a fault with Venus square Jupiter and can either show in excessive weight gain or many partners.

❄️Moon conjunct Venus women are often very popular with the opposite sex and attract a lot of attention and offerings from them.

With Saturn and Jupiter being in Aquarius, it’s gonna be all about change. Only way that things can change is to change and shift your reality. If you catch yourself saying you want things to go back to normal that’s not changing anything. Going back to “normal” is a no go and that’s what this conjunction will try to teach us. ✨

do you guys ever feel like you have a very poor self-esteem? like no matter how encouraging & supportive you try to be to yourself, there is an emptiness inside, like your own words don’t hold a strong enough weight to actually make a difference, but another person’s voice does?

is that another person a parent or a figure you look up to?

do you ever have a really bad, negative, & self-critical voice constantly talking in your head all day? Do you feel worthless & useless when you haven’t physically accomplished something?

do you tend to feel that emptiness in your chest? in your heart area?

or perhaps you feel this heavy weight on your chest, as if someone was sitting right above your heart? do you feel this in moments where you have to step up to the plate to do something (or whenever you feel pressured)?

do you ever have peaks in your life, moments where you felt like you were on top of the world? and when that moment was over, did you find yourself constantly comparing your present to that past, “top of the world” moment until another one came along?

do you find yourself chasing “top of the world” moments? and when you reach them, you feel like life after that becomes a down-fall of bad events & bad luck?

The Great Conjunction of 2020 is the start of a new cycle. This is not bringing us into The Age of Aquarius. We have been in The Age of Information since 2017. Catch up people.