If any of my followers know anything about DND, I would kindly like to request if ya’ll could give me some tips in building a Warlock character who summons demons.

#not obeyme#dnd#warlock#plz help am noob
0 notes
stringergames
Conversation
Jem
I'm sorry guys, we're going to die and it's all my fault.
Fox
No, it was me with my incessant, "do it, do it, do it, do its". That's what made you do it.
Magpie
Neither one of you was to blame. It was both of you. You both killed us.
#edge of night#edge of night pod#edge of night incorrect#incorrect quotes#curse of strahd#dnd 5e#jemima linden#fox ripley#magpie#warlock#rogue#cleric#source: disenchantment#no light queue shine can pierce the dark
2 notes
gracedart
Photo

outside the city for a stroll in the snow … 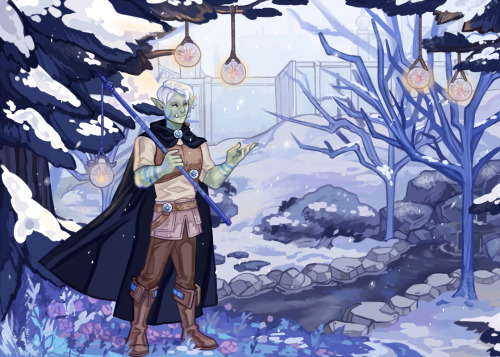 Hey, I finally got back to doing digital art! I wanted to give my warlock Dae a new outfit since at this point in the campaign the party’s hanging around town doing side quests and shopping (also their old clothes were pretty gross after exploding a bulette). I did forget it was winter though, so I’ll have to figure out a cold weather version too. 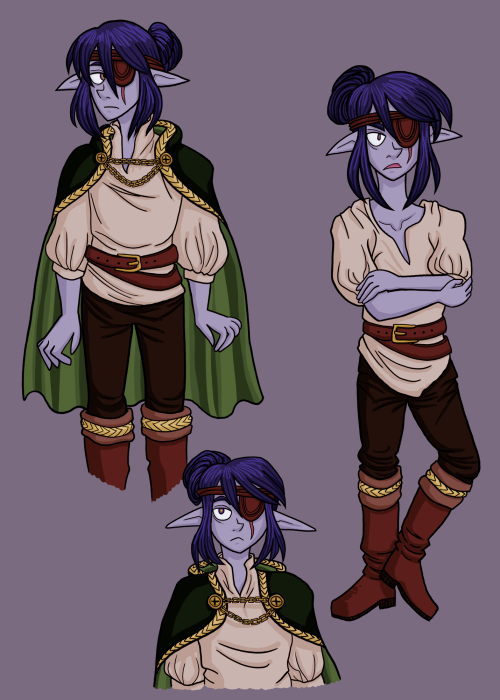 *Becomes emotional and soft for two magic idiots who are saw each other as kindred entities who have been neglected and affection starved from their entire lives and are now in love and frequently spoil each other with gentle touches of affection that would make any Victorian Period fan grasp at their fan and gasp.*

Ft. the Trition Rogue, Riptide who last session ate the heart of a dragon in front of a bunch of Kobolds and Bard and Hugh Mann who I’m still not sure if he IS a human 100%. 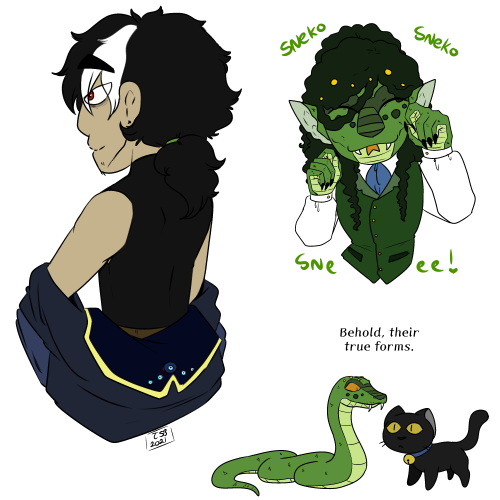 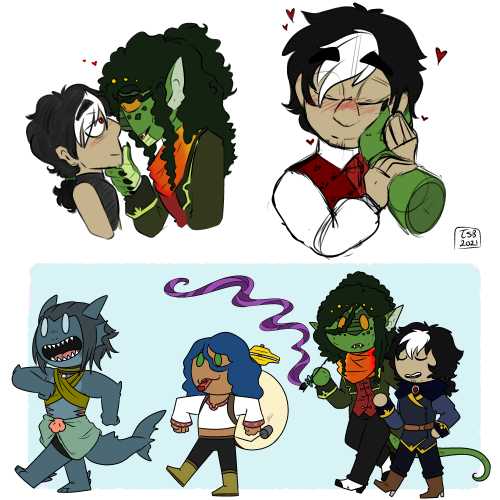 Aquatic Eladrin, Warlock of the Fathomless.

She cannot remember much of her previous life.

Warlock, Fighter, and Paladin fight a animated pile of refuse in the basement of the Death House.

The House then tries to - and almost succeeds at - killing the party.

Fighter chops an arm off the corpse of Monk outside the Death House to replace the arm he lost escaping.

Paladin realizes that Monk is his adopted brother and in a blind rage kills Fighter for desecrating his corpse.

Paladin and Warlock then talk to “Mad Mary” and meet Wizard and Ranger in the tavern.

Hi anon, thanks for asking.

No, Fairy tale characters as we know them on Earth do not exist on Vathrú. This being said though, Acheron has actually managed to transport to Earth, specifically heading to England some time in 20. century, collect some stories here and write them down in the Legendarium. These included:

He has also stumbled upon Hansel and Gretel and found it to be heavily insulting.

So technically speaking if someone were to use the Legendarium and summon them, one could meet them.

Peter Pan is actually a special case here, because he is not part of Legendarium but he origins from the Plane of Dreams and nobody knows how exactly he came to be and how did he manage to appear in Earth’s children’s book.

Speaking of replaying stuff and getting screenshots, I have some more.

We all want to see Crow smile but there’s some cursed energy emanating from this image. Yeah he’s Uldren here but still:

Speaking of, I love this shot of him being scolded by Spider. He’s literally like a kitten:

I can’t get over this. Osiris’ incredible drama pose and indecent grandpa pants exposure. His rifle flying off into the distance. The Guardian looking like “what’s going on in this thread.” I’m in tears.

A piece featuring my warlock/paladin Yarrow that’s been kicking around in my head for a couple months now. It ended up being kind of weirdly personal, too.

(Yes, my monk did ask that. No, the warlock did NOT respond)

Mr.farenheit on tiktok said something about us being little sprites on our dnd characters’ shoulders so of course I had to draw me chilling on my character Aster’s shoulder!!! I’m thinking that the most stupid thing I’ve had her do is lie to our other (child) Warlock and say she was planting flower seeds in the desert. THE DESERT (she was doing a task for her patron)

What I want out of comic books: