Whats this new art… Sorry my PC has been on its deathbed for months, so progress has been slow and unreliable, but my new rig is up and running. Easing back in to things with a rough shot at a dire wolf, based on new evidence that it was from an earlier lineage of canid and only happened to converge with wolves. Looked at some of its posited loose relatives such as black backed jackals and maned wolves. 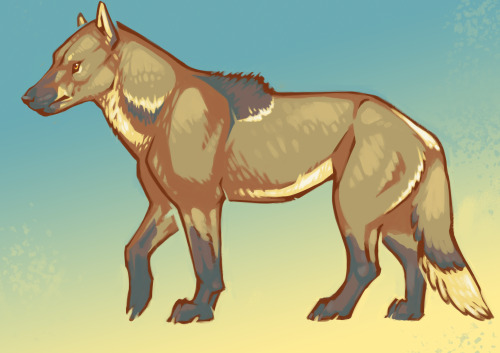 Continuing in the style of my simplified “Archovember” drawings, I was gonna do some non-mammalian synapsids first, but then we got new information on the Dire Wolf so I just HAD to draw it.

In case you haven’t heard yet, some Dire Wolf DNA was able to be examined and it was found that Dire Wolves are actually not just larger, bulkier gray wolves… in fact they’re not even wolves at all! They belong to their own genus, Aenocyon, and would have probably looked like older species of dog and been more suited for temperate climates rather than tundra.

For this one in particular, I combined coloration of bush dogs, jackals, African wild dogs, and maned wolves. Though it sorta ended up looking like a long-legged wolverine. 😅 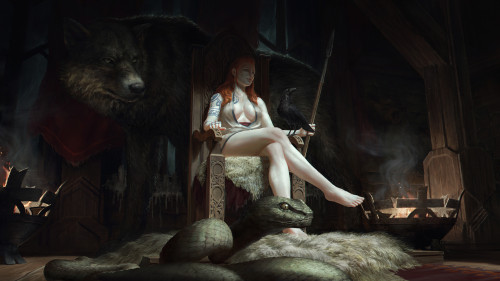 Dire wolves have lunged into the public imagination through their enormous and fearsome fictional representation in Game of Thrones. Though the show exaggerates their size—they were only about 20 percent larger than today’s gray wolves—these prehistoric canines were very real and very deadly hunters that roamed North America until roughly 13,000 years ago.

But now, new research published this week in the journal Nature reveals that the real animal diverges from what you may have seen on TV in a more fundamental way. When researchers sequenced the extinct predator’s genome, they found it wasn’t a wolf at all but instead a distinct lineage that split off from the rest of the canines some 5.7 million years ago, reports James Gorman for the New York Times. 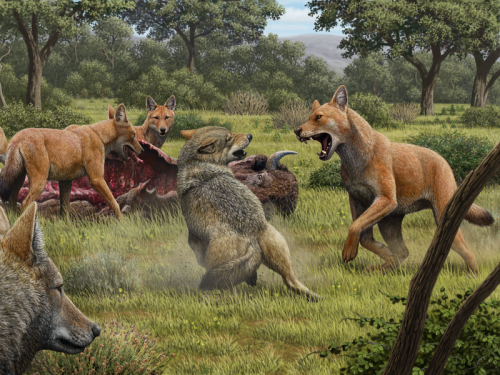 (art by HodariNundu on DeviantArt)

First of all, WOW! My last post may have got the most notes out of anything I’ve put to Tumblr, almost at 500 as I’m typing this.

To keep the Dire Wolf train rolling, here are a pair of Dire Wolf jaws collected from the Ichetucknee River in Columbia County, FL 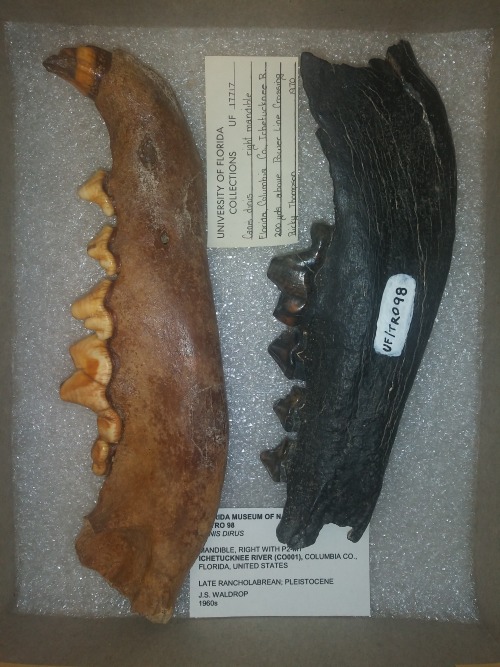 Dire wolves were real—and even stranger than we thought

Dire wolves were real—and even stranger than we thought
A study of extinct dire wolf DNA reveals surprises, including that the carnivores, made famous as fictional pets in Game of Thrones, weren't
Animals

This article cured my anxiety. 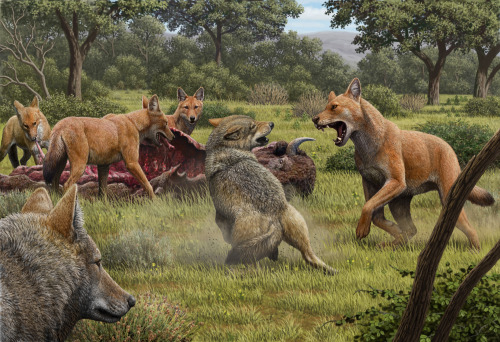 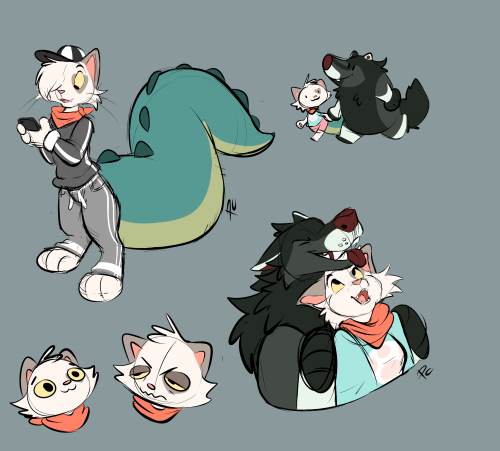 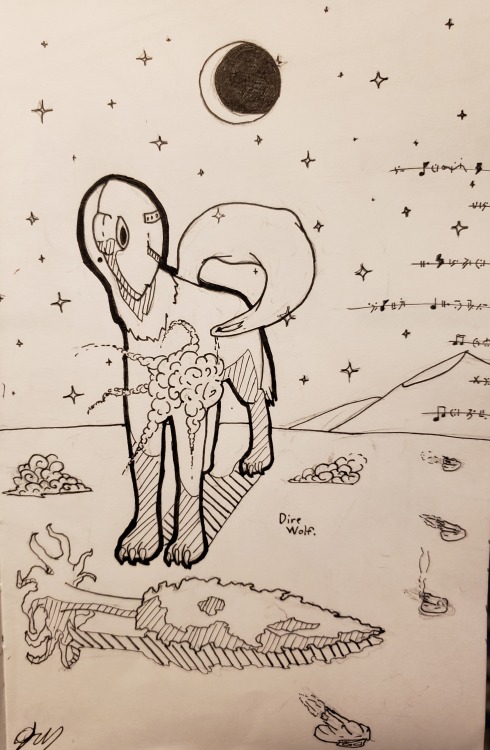 A big commission I got to do….super mysterious 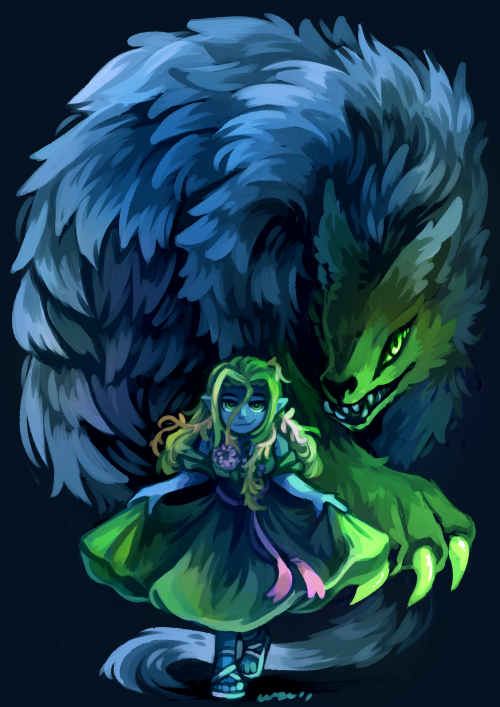