Death Battle is back in our corner of comics fandom, they’re now doing Babsgirl vs Spider-Gwen fight.

The matchup kinda makes sense, out of the Batfamily characters post-flashpoint Barbara is likely the one easiest to compare to Gwen. But it did made me think of a different kind of comparison between the two than is usually done.

In a way return of Barbara to being Batgirl could be seen as a result of backlash to the popular perception of the character boiling down to “Joker’s victim”. It is certainly an angle many of the “One True Batgirl” crowd members have been using to defend erasing her disability. Of course this ignores , I would even say deliberatelly, the work done by John Ostrander and Kim Yale and legions of writers like Gail Simone that follwoed their lead, to establish Barbara as Oracle, a heroic identity in her own right. Paradoxically, these attempts to “move away” Barbara from Killing Joke made her even more defined by it. The fact it is effectively a decision to cement work of a man as the character’s defining moment, while ignoring work of women to help her move past that, only makes the irony more visible to naked eye. When we add inherent ableism and the fact DC had to screw over royally two other characters, Cassandra Cain and Stephanie Brown, to get where they had put Barbara in 2011, it leaves any possibility of this decision being truly feminist, dead in the gutter. When paired with the massive propaganda game in Batman comics to portray time when Barbara was Batgirl as some sort of magical “best of times” in history of Batman, something that has started with Hush and continued all the way up to Flashpoint, it mires the decision purely into nostalgia.

Gwen Stacy for decades has been known for one thin - the Night Gwen Stacy Died, a story in which she has been killed by Green Goblin (coincidentially, often see as the Joker counterpart in Spider-Man mythos). Similiarly to Barbara the character has been ever since mitologized with a ton of retcons to the point she is nowadays portrayed as nearly a saint. And in similair vein Spider-Gwen’s popularity could be seen as a backlash against her being seen in nerd minds as just “a girl killed by Norman Osbron to make Peter mad”. But unlike DC’s very deliberate attempt at enforcing this, Marvel seems to have stumbled into that by accident - the character was originally little less than one among many new Spiders from across the Multiverse, curiosities for a big event with likely little plans to build on them further, not unlike Penni Parker or Aaron Aickman. Marvel was quick to leap on her popularity and milk it for what it was worth it but they didn’t need to screw over other Spider-heroines. I mean, yes, they did screwed over characters like Anya Corazon and Mayday Parker even in Spider-Verse itself, but it wasn’t done to push on Gwen (with exception of Web Warriors, which was poorly received even by Gwen fans). The stories of Spider-Gwen treat The Night Gwen Stacy Died more like a cautionary tale for this Gwen and underline that she is not gonna be defined by 616 Gwen. Hell, one of characters that usually is most bashed by the chuch of Saint Gwen Stacy - Mary Jane Watson - is argurably most important supporting cast member of Spider-Gwen books. In a way, as we can see in stories like clone conspiracy or Gwen Stacy miniseries, we could even read it that the people who never got over 616 Gwen’s death are not satisfied with Spider-Gwen. Likely because she is too different from the idealized version of Gwen they try to convince whole world existed anywhere outside their heads. I wonder if the insistence to push Spider-Gwen into 616 stories and the attempts to sink shiopping of Gwen with her world’s MJ aren’t editorial attempts to stop Spider-Gwen to truly growing into her own character, leaving reflection of main universe Gwen Stacy enteirly behind.

But that’s jsut my digression. Anyway, Gwen is probably gonna tear Barbara to pieces, Batfamily statistically tends to lose their Marvel vs DC matches on Death Battle. Also, I’m bitter that if it wasn’t for SOMEONE *glares at Dan Didio*  Cassandra Cain would likely have enough media presence for a match between her and X-23 be reasonable possibility to be featured on this show one day but as it is now once DB picks up Laura they’re probably gonna have her murder Damian. Through there is some thematic comparison there too, what with both of them having their character development yeeted through the window into oblivion and nuked from the orbit for good measure every time a new writer takes over the reins….

Seriously…Gambit…Rogue…Jubilee…Hellion? Can someone just come collect this poor child in Laura’s absence???

I’m trying a new way to ink my digital drawings, this new process is more time consuming, but I think the results speak for themselves.

The whole cleaning a drawing and inking has always been a continous problem for me. Like, I like sometimes to draw in a more sketchy way, but tbh, people usually don’t notice/like that style in my personal experience.

But the thing is, I love drawing in a sketchy way, but sometimes have problems cleaning and inking later, because I have to make more layers, and then have problems with inking, like, I think I’m never 100% happy with the brush, or the thickness of the line, or how clean it looks.

But now I’ve found this way of doing all the heavy lifting while drawing in a sketchy way, and then I can clean the drawing and fix the lines, and end with a result that’s closer to what I had in mind while drawing. It takes more time, but it’s worth it. 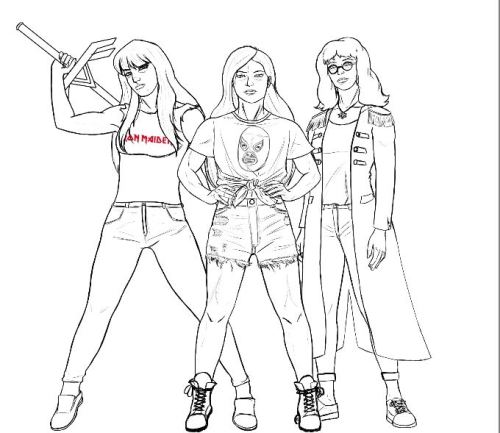 I feel ANW has aged poorly, or at least comparatively has lost it’s sparkle compared to the Liu Laura Kinney run. I did a reread recently of both.

I feel this was because ANW was a good book (just good though) when most of Marvel was frankly dog shit during the ANAD/pre-HOXPOX era.

Like it was probably in the Top 5 Marvel books when it was coming out, and best X-book, but that was because so much of Marvel when ANW was coming out was painfully average or out-right terrible.

#ok to interact but don't clown, #Laura Kinney, #tom taylor, #wolverine, #all new wolverine, #xmen, #marvel, #marvel critical, #I feel this was because they gave Talyor a lot of freedom, #compared to what Bunn and Lemire got, #meaning he was allowed to have actual vision, #and get things done
4 notes · See All
newx-menfanText

Run LAuRA!! …your head is on the “Logan is the TRUE Wolverine’- Hickman chopping block!!

2020 redraw of these two fighting.

I don’t expect Hickman to use Laura Kinney in any real important way. If I was still a rich college kid living at my mom’s spending over $100 a week on comics I’d buy everything she appears in including his upcoming (”oh shit I put these characters in a vault and now gotta do something with it”) issue of X-Men, but I’m not reading X stuff anymore cause I won’t do that to myself.

All I really wanna say is that I hope if she does get anything after this vault nonsense that they learned their lesson and actually let her stay as Wolverine. 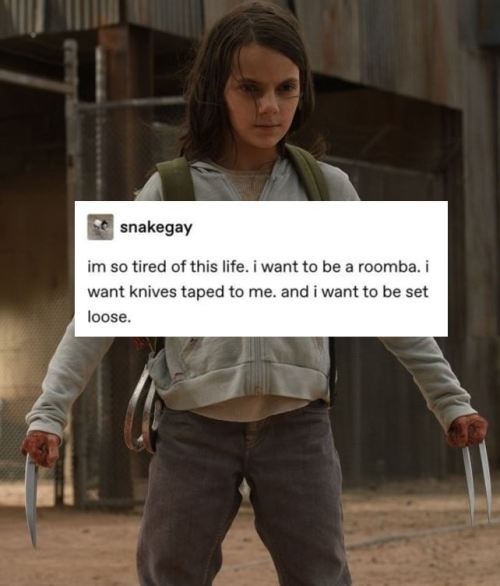 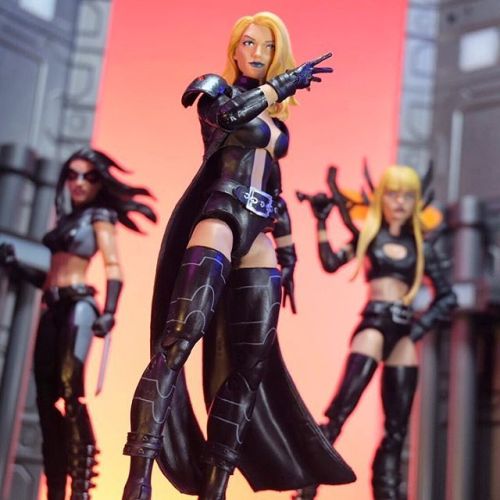