#:), #submission, #this is incredible, #amazing, #please reblog, #i dont know how you were even able to think of these kinds of things, #truly you are a genius, #i cant comprehend the countless hours you must have put into this post, #i bow to you and your superior skills, #i have much to learn, #truly
6 notes · See All
caesarloveblogText

ANY FORM OF PROTESTING WILL RESULT IN YOUR ARREST IN ARIZONA.

PLEASE EVERYONE IN ARIZONA STAY HOME BE SAFE AND REMEMBER 1312.

I am aware that this is my (mostly) art blog, but I honestly don’t care. The links I’m going to put are for petitions to help black people be heard, and to make others aware of police brutality. Heck, even I was ignorant until I started to read some things. It’s quite horrifying, but I won’t say anything more than I need to.

Here are the some links for more info and how you can help:

This is all I have to say, and please at least sign the petition. I don’t care how political this seems, because tbh I’m tired of being quiet. Feel free to reblog this, or make your own post with these links. I’m going to reblog this to my reblog blog as well.

Cops do agree with us. Spread the word, stop the violence.

Just found out that I won’t have a job when lockdown is over, so I’m hoping for some extra money while I try to find a new one. I’m offering commissions at £5/$6 per 1k words. I’m happy to write NSFW, but themes and content can be discussed over PMs. I’m also happy to write OCs, provided you can give me more information about them!

Fandoms I will write for:

If you have another fandom that isn’t listed here, please message me with this and any other inquiries. Thank you! 💕

“What a strange creature..”

My heart goes out to any and all people of color who have to be out and about with all of these cops.

If i could stand beside all of you and make suburban white person small talk with cops until they leave us alone? I would do that.

If I could walk next to you so you could go about your day without cops making your day more stressful every single day? I would do that.

But since there’s just one of me, im going to bug the shit out of all the white people i know, and tell them to do that. and I will ask innocent but uncomfortable questions of cops that insist “oh you [tiny white girl] wont have to worry about that” because it gets them to THINK for 5 seconds.

If you are a person of color, and you want to build on this post/correct something i got wrong, please do. You are by no means required to, either.

White people (like me): I would prefer you reblog without commentary, and listen to the people of color in your life who are concerned with good reason right now.

#i feel if i dont add tags to a post people fwel like they cant reblog, #please reblog, #i want to add another tag because the wave of anxiety that fueled this post isnt done yet
3 notes · See All
sleepycaesarText

THEIR INSPIRATION IS THE FUCKIN KKK MARCH

#brazil, #fascim, #SAY NO TO FASCIM, #PLEASE REBLOG THIS, #THIS IS ENOUGH, #IS THE MIDDLE OF THE NIGHT HERE AND THERE'S A FUCKIN MINI ARMY OF FASCISTS IN FRONT OF SUPREME COURT, #PLEASE REBLOG, #SPREAD TH VIDEO
10 notes · See All
bensoloismyonlyhopeText

I am not black, but I see you

I am not black, but I hear you

I am not black, but I mourn with you

I am not black, but I will fight for you

I will repeat this as many times as I have to to get my point across. In these challenging times, the rpc all needs to do their part (especially white muns, including myself) to give black / poc muns a voice. We need to give them the respect and treatment they’ve always deserved. Listen to them when they express their discomfort with something, listen to them in general!! It’s not that hard to understand. Treat everyone the way you want to be treated.

#ok to rb, #please reblog, #sincerely a white mun, #blm, #i hope this doesn't come off as ignorant, #shut the fuck up and listen || psa
2 notes · See All
vibing-peachesPhoto 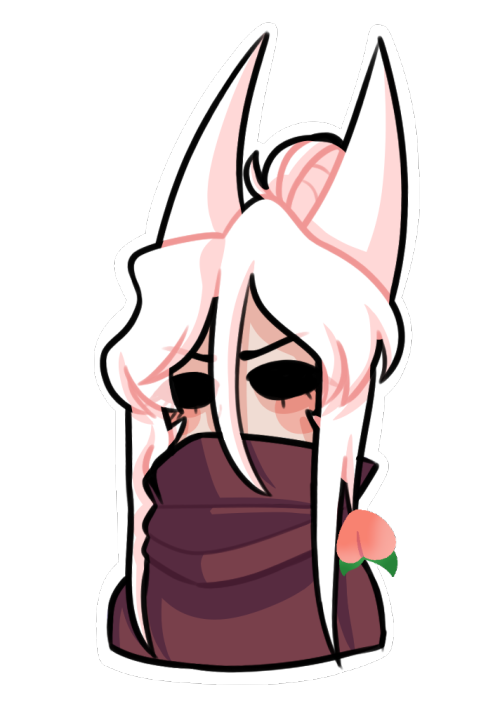 Hortnet Gijinka bc i love her 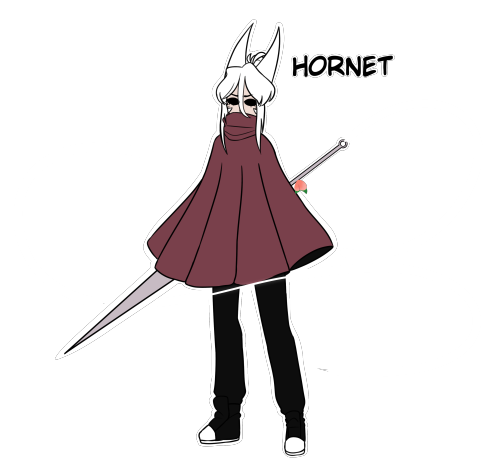 i drew these while out on my dads boat

hornet with her very accurate catchphrase and a baby 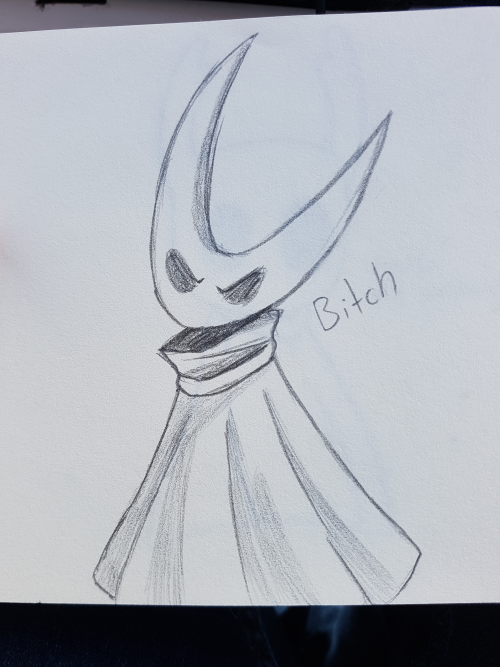 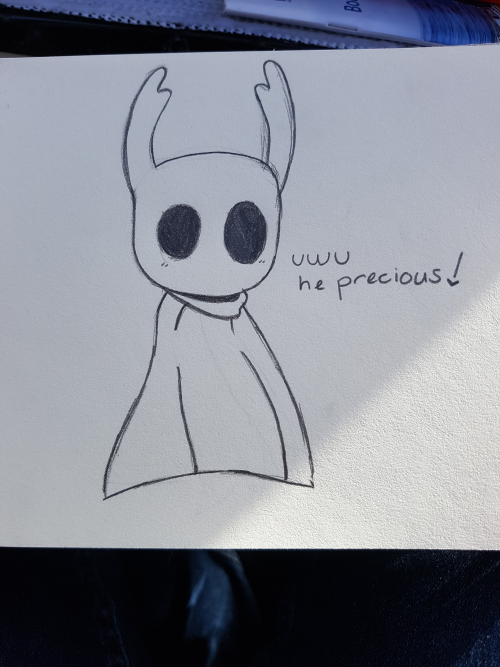 two drawings from past couple of weeks 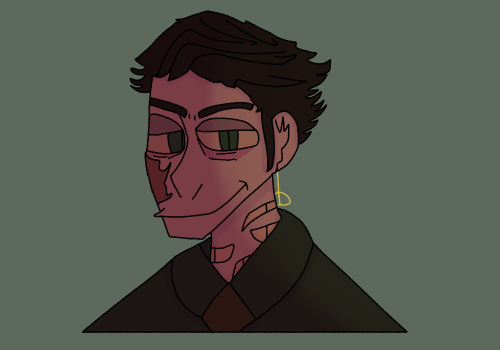 Operation Pridefall, also known as Project Pridefall or simply Pridefall, refers to an attack planned by /pol/ (a political discussion board on the anonymous website 4chan) for all of June, AKA Pride month. The original 4chan thread, which has since been deleted, was primarily focused on “redpilling,” i.e. spreading queerphobic propaganda to make people question the LGBTQ+ community. However, now that it has spread outside 4chan, there are threats of harassing, doxxing, and outing queer people (especially minors) on social media, spamming gore and rape videos in private messages and Pride tags, and even kidnapping, assaulting, or killing queer people in real life.

Specific targets include Twitter, Instagram, TikTok, and dating apps. The goal is to go after smaller accounts so the queerphobia isn’t lost in the comments.

I searched “pridefall” on 4chan last night. Apparently any new threads on it are being deleted, and anytime someone mentions it, everyone calls them slurs and says no one is doing it.

However, Pridefall is gaining some traction on Instagram–I have seen it for myself. I don’t have TikTok or any dating apps, but I’ve heard that some people are spamming homophobia on TikTok. As for Twitter, I only looked briefly, but I saw some Pridefall accounts there, as well as a lot of warnings and blocklists from people who are worried about it.

I’ve also heard that there have been a few Reddit and Discord raids, and that there is an Operation Pridefall Discord server (someone who spied on them says they have been banned on Discord as well as a platform called Riot before, so very few people are left on the Discord server now).

What do you think, Lia?

How can I stay safe?

-If I post identifying information on a public account (my college, my age, etc), I use a pseudonym or my first name only.

-On Instagram, I only use my first name, and I used special characters to type it, so you won’t find me if you search my name.

-On Facebook, I only accept friend requests from people I know. Most, if not all, of my Instagram followers are IRL friends, friends of IRL friends, and trusted Internet friends.

-If I’m really being paranoid, I’ll make a brand-new email account to sign up for a site. That way, my accounts aren’t all linked through one email address.

-Before I post a picture online, I delete the EXIF data with verexif.com, since EXIF data can hold GPS coordinates.

You will not be harmed. You will be okay. Like cockroaches, we are survivors, and we will get through this!! ❤️🧡💛💚💙💜

INFORMATION AND TIPS FOR PROTESTERS AND ALLIES

You ever take a big ole dab and think “Sweet baby Buddha, that was a faaaaaaat one. Oh boy. I’m dying”? Or is that just me?

Spread the news. Reblog to get the word out. The world will never tolerate the act that officer did.

#please reblog, #politics, #black lives matter, #we are all equal, #justice for floyd, #i love yall, #stay safe, #do the five, #Instagram
1 notes · See All
s-raincloudsText

/!\ payments only in € via paypal, please make sure you got the right price in your currency before commission, paypal also takes some of it so in the past i used to end up with much less than i should have gotten

if you want something else or have a question don’t hesitate! i have another style that is simpler and faster to do so we could make something out of it if this art style is too expensive for you! also feel free to check my profile for more art

i may heavely use references depending on what you want bc im still learning!

i got a 500€ vet bill that thankfully my mom will pay for but im definitely NOT going to let her pay all of it, im already able to give her like 195€ but it’s not enough so yeah, i know i probably won’t get the 500€ but if i can AT LEAST get half of it it would be rad bc i know my mom doesn’t make much to start with and has lots of bills on her own