We’re 8 episodes into YDYD and I just got hit with the reminder that Lindsay died so soon oh my god.

Me: Wow this YDYD is going pretty well!

Half of the group: *dies in one episode*

i’ve been getting into dnd homebrew recently! despite, uh. not being a dm. before i make anything actually serious, i’ve just been messing around with some fun stuff. here’s a spell based on the mechanic in Ya Dead, Ya Dead season 2, where dead cast members could be brought back by making a tower of pimps :^) it’s basically an easier version of Reincarnate (lower level, less expensive, doesn’t require the body) but because of this, comes with a price! 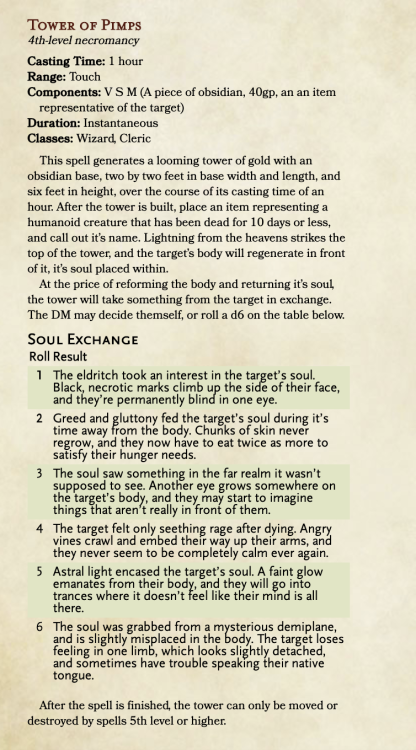 People not absolutely loving Fiona Nova??? Couldn’t be me.

there’s always that episode where shit goes down, isn’t there? 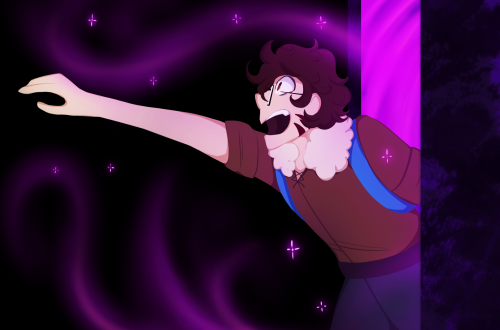 #ya dead ya dead, #stargate, #the Iris, #like bugs on a windshield
1 notes · See All
abbeysquiddText

#gavin free, #jeremy dooley, #jack pattillo, #achievement hunter, #let's play minecraft, #ya dead ya dead, #ydyd, #man i dunno, #this made me laugh, #this has been in my dl folder since april 17th lol
37 notes · See All
criminal-mastermindsVideo

the duality of man

alternate title: lindsay needs to stop being in menus

lindsay. that was literally like shot for shot how it happened the first time. i fucking. i love her so much but come on. come on.

#its fucking hilarious but. really., #also shout out to trevor for calling fredo out on his house made of logs, #ya dead ya dead
11 notes · See All
rvb-agent-donootPhoto i predict it will take till ydyd 4 for the gang to actually succeed in defeating the ender dragon and “winning”, ONLY based on the fact that season 1 fits with the lyrics of fallen kingdom, and season 2 fits with take back the night, so season 3 will fit well with find the pieces, and season 4 will fit with dragonhearted,

#only the most empirical theories on my minecraft youtube tumblr, #ydyd, #ya dead ya dead, #achievement hunter, #minecraft
94 notes · See All
strifesolutionText

contemplating ydyd season 1 again, you ever just think about that one idea that it’s a direct sequel to sky factory? these mortals turned gods became so overcome with power, unable to understand human struggles and remember how they came from literally nothing, believing they were so untouchable that they were laughing in the face of death at the explosion?

and then the universe said NO, you will face the consequences and become human again, and sent them into a world where they were forced into brutal survival with no second chances, and only vague memories of the deities they once were. and one by one, they fought and fell to death.

and then season 2 happened?

and the universe quite literally gave them a second chance- this time, they would be different, they would do anything to work together and bring back those who had fallen. they became a team fighting for something, not just blindly wandering until friends became foes. they might’ve lost in the end, sure, but their loss felt like it meant something, like they really tried to be good mortals again.

and now the universe is going to force them into this unforgiving world again. to give them a chance to complete unfinished business, and truly win this time? or have these once gods become corrupt again, and need to learn a lesson.

time will tell, i suppose.

Trevor plays minecraft like “I think I will pick flowers and adopt animals and explore shipwrecks for neat rocks”. He Refuses to be useful and I adore it because it’s a whole ass mood

Sometimes that little voice in my head sounds like Alfredo Diaz and everytime it is him saying, “It’s my buttons” in a voice I can only describe as murderer.