I just read the whole Batman and Robin Eternal series and it was so good?? We get to see all the kids, they act like a family, they bicker, they save the world together but most importantly? Bruce is a good dad, with his many flaws, but he loves his children and I’m soft for this 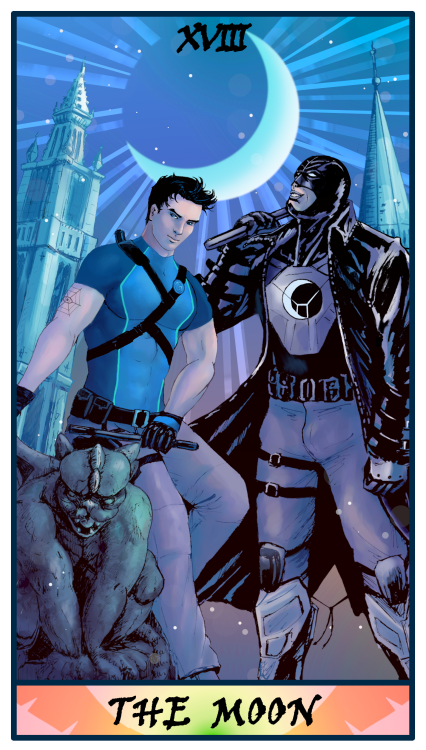 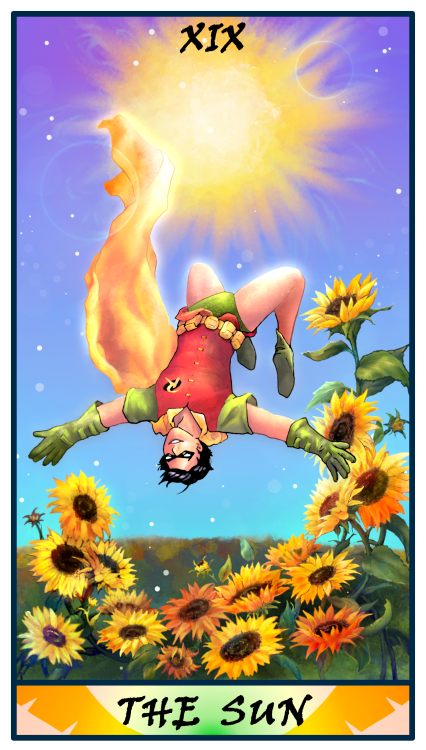 #HAL JORDANS SON IS A FAN OF BATMAN I MAY NEVER STOP LAUGHING, #THIS IS LIKE THOSE PICS OF CHRIS PRATTS SON DRESSING UP AS CAPTAIN AMERICA FOR HALLOWEEN AND HIM GIVING THE PRESS A RESIGNED SHRUG, #CONSIDERING ALL THE ANIMOSITY AND SHIT HAL AND BRUCE GIVE EACH OTHER THIS IS THE GREATEST THING IVE EVER SEEN, #PLEASE DICK TELL ME YOU TOLD BRUCE ABOUT THIS AT THE EARLIEST OPPORTUNITY, #dc comics, #batfam, #batfamily, #out of context, #Grayson, #agent 37, #dick Grayson, #martin jordan, #sexy super spy, #funny, #dammit dick, #spyral, #Batman shirt, #this is priceless, #the irony, #Hal Jordan’s son wearing a Batman shirt
434 notes · See All
xxhot-mindsxx85Text

Anatacia, Mari and Noire being BAMFs like they always are.

#HES WAITING FOR THE EVIL VILLAIN SPEECH WHERE HE TELLS YOU HIS PLAN AND ASKS YOU TO JOIN HIM, #THE COURT OF OWLS SHOULD INVEST IN MOISTURIZER FOR THE TALONS... THEY ARE THE LITERAL DEFINITION OF ASHY, #DICK IS SO DONE WITH THIS SITUATION IM SURPRISED HE HASNT ROLLED HIS EYES INTO THE BACK OF HIS SKULL, #DICK GRAYSON IS AWARE OF VILLAIN CLICHES BUT NOT HIS OWN... WHAT. A. SHOCKER., #dc comics, #batfam, #batfamily, #out of context, #robin son of Batman, #robin war, #agent 37, #dick Grayson, #sexy superspy, #Lincoln March, #funny, #dammit dick, #he is so sassy, #court of owls, #calling out cliches
110 notes · See All
out-of-context-batfamText

#I DOUBT THIS WAS MENTIONED IN THE SALES PITCH FOR JOINING SPYRAL, #THE LIFE OF A SEXY SUPER SPY ISNT ALL GLAMOROUS IT SEEMS, #THAT IS CERTAINLY ONE WAY TO GET HIS ATTENTION, #NEXT TIME READ THE FINE PRINT BEFORE SIGNING DOCUMENTS DICK GRAYSON, #dc comics, #batfam, #batfamily, #out of context, #batman and robin eternal, #agent 37, #dick Grayson, #glutemaster, #funny, #dammit dick, #poor dick, #one way to get someone’s attention, #spyral, #ouch
165 notes · See All
lizziemackText

New to the Fandom Guide to Dick Grayson

His family toured as acrobats (the flying graysons) with Haley’s Circus. One night mobster Tony Zucco put acid on their rope causing it to snap during a preformance. Dick’s parents to fall to their deaths. Bruce Wayne was in the audience and decided to take him in. When Dick discovered that Bruce was Batman he created the Robin persona to join him in going after Zucco. He worked as Robin for almost a decade before striking it out on his own in a new city as Nightwing.

Robin: his mother’s name for him repurposed into his first name as a vigilante

Nightwing: the name of his adult crime fighting persona, inspired by a Kryptonian legend told to him by superman

Batman: when Bruce was missing presumed dead Dick took over

Richie Wayne: his airheaded son of a billionaire persona

Boy Wonder: used mostly but not exclusively by Barbara Gordon

Renegade: used when he’s forced to be Deathstroke’s apprentice

Agent 37: used when he went undercover with spyral

Ric Grayson: used when he was suffering from amnesia (it was a dark time).

The Gray Son: used by the court of owls

N: shortening of Night Wing used in the field

Pretty Bird: used by Jason and Slade Wilson, among others

Fingerstripes: nickname refering to the design of his Nightwing suit.

BabsDick: Barbara Gordon was his Batgirl and he was her Robin. Canon.

Nightstar: Dick and Koriand’r or Starfire are both titans. They were canonically engaged before breaking it off. In another dimension they had a daughter called Mar’i.

SladeDick: Slade Wilson or Deathstroke forced Dick to be his apprentice and knows Dick’s true identity. The much older man respects Dick’s abilities if not his moral convictions. Not cannon.

RoyDick: Roy Harper, fellow teen hero and ward to a billionaire. Fannon thinks there’s a chance they fooled around when they were younger, but it wasn’t anything serious. Not cannon.

BruDick: the dynamic duo, but make it kinky. Not cannon.

He broke a chandelier in Wayne Manor as a kid.

He named the batcave, the batmobile, the batarangs, and the batcomputer.

Superman is a second father figure to him

Canonically he’s romani, but it’s not really explored or handled well in cannon. For the best representation of romani Dick check out the fic Declensions by dustorange on AO3.

He’s an amazing leader (founding leader of the titans)

As a young adult his relationship with Bruce was difficult, but it got better eventually.

He dropped out of college.

As an adult he lives in Blüdhaven

As Nightwing he fights with eskrima sticks.

Against killing, but he once beat the Joker so badly that he would have died had Bruce not resuscitated him.

Canonically he’s been raped twice but it’s not been recognized. One of the writers was like “yeah, no he didn’t want it, but it wasn’t rape” so like… ok then.

Bruce didn’t tell him Jason died so he missed the funeral.

Likes hugs, but he respects boundaries.

Damian is his kid, if not by blood.

His ass is his best feature (fannon confirmed fact)

He’s the most emotionally intelligent member of the Batfam

Do you like Bat family members? Are you a comic nerd? This may be the podcast for you! We are starting with the Grayson comic series and will transition onto others and cover major events we like. We are currently 4 episodes in with recording so I promise we start getting better equipment and a smoother pace/ discussions.

From Grayson #12. A beautiful issue.

Such a great story!

Who gave Dick Grayson the right to be so cute??

“Who am I kidding. I was distracted by his butt. Hell, if I was a vamp, I’d bite him too”

Nightwing: *Chokes an assassin between his thighs*

Assassin: *Chokes in pain and anger*

Nightwing: Oh stop whining like a baby, some people pay for this.

Today is Superman Day (12 June) and I would be remiss if I didn’t mention the biggest Superman fan in the Bat Family – Dick Grayson.

Dick Grayson has always considered Superman to be one of his two major mentors and influences in his life. Grayson held Superman in such high esteem that he honored both he and Batman with his new vigilante name when he grew out of the role of Robin – Nightwing. The name not only corresponds with the Batman mythos mystique, but is actually named after an ancient Kryptonian hero or god. 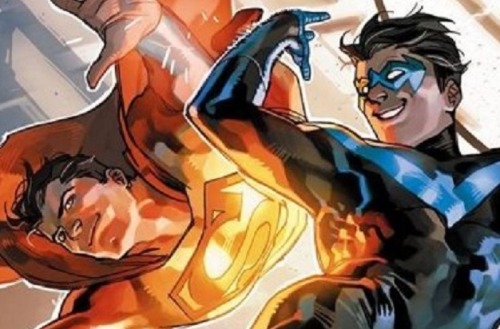 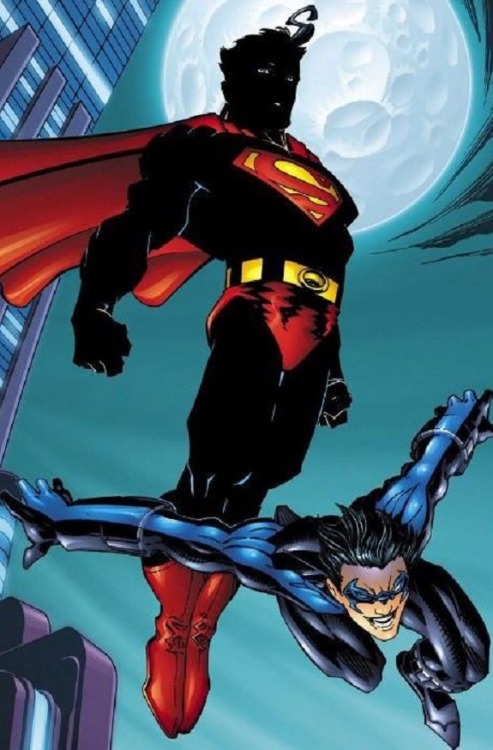 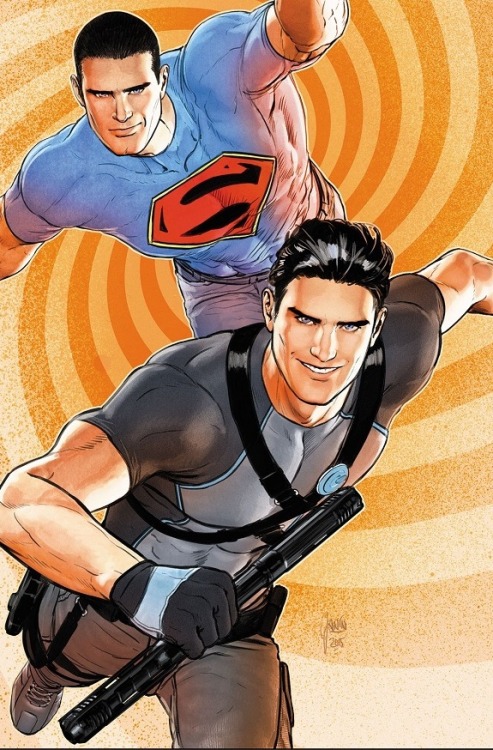 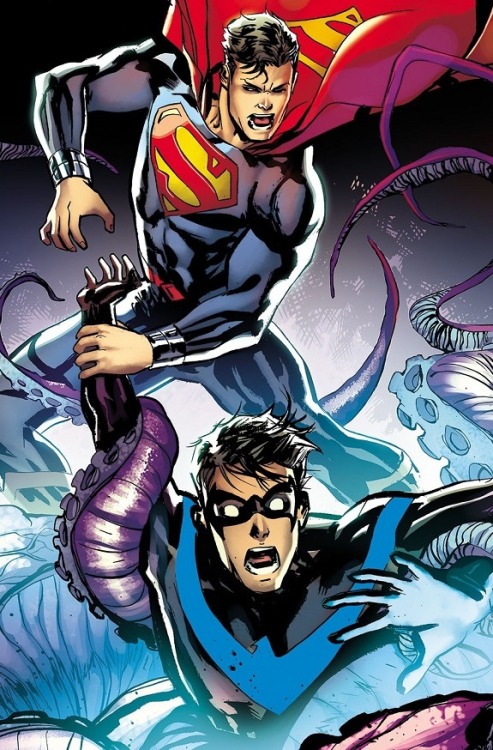 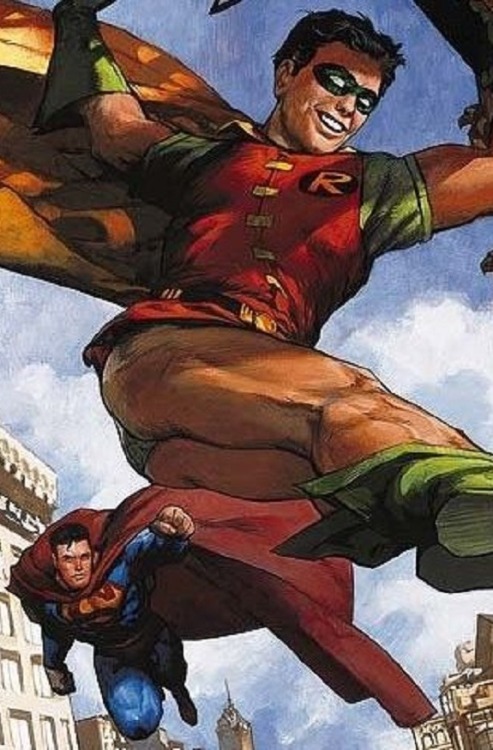 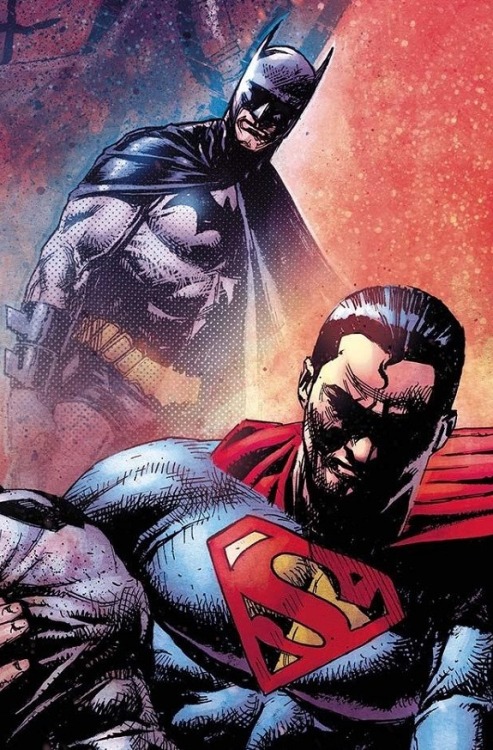 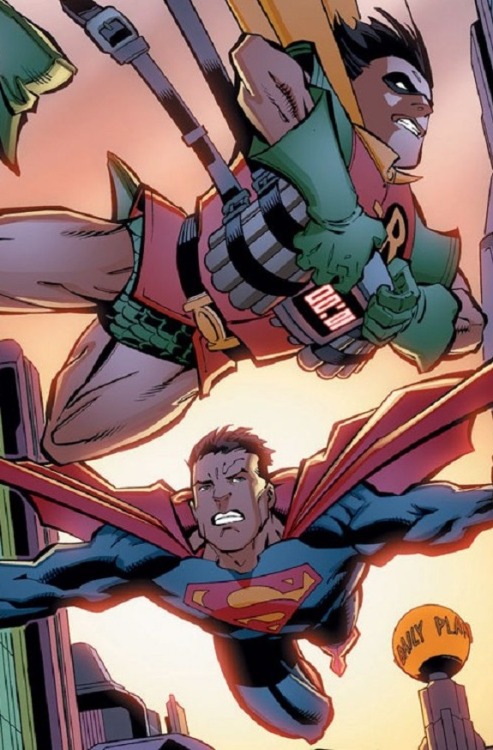 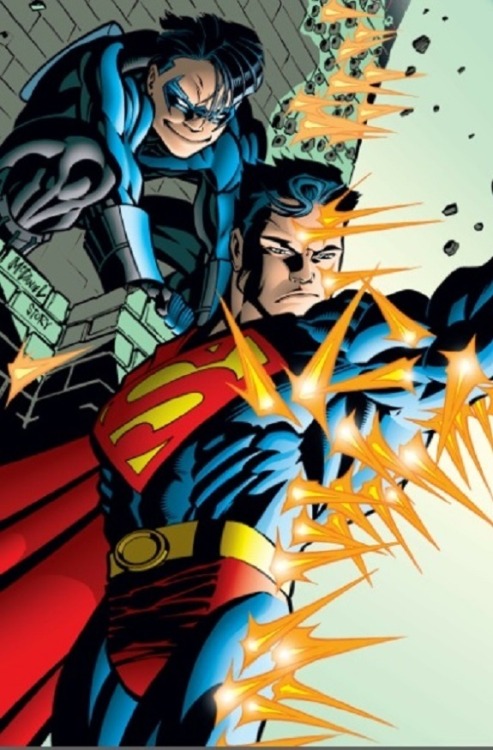 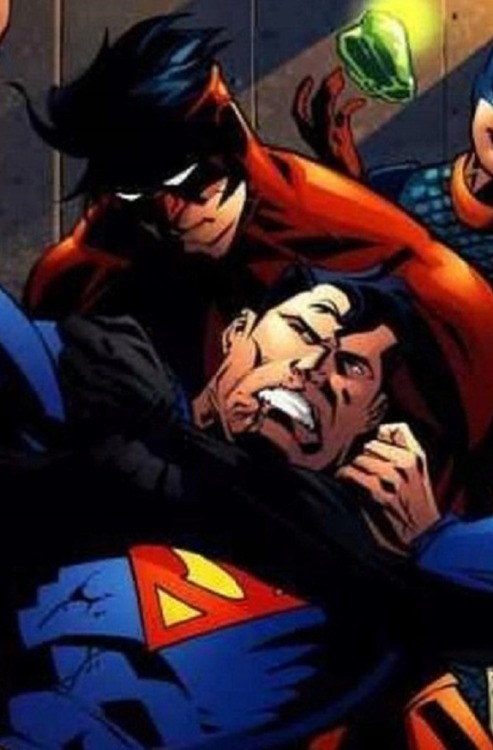 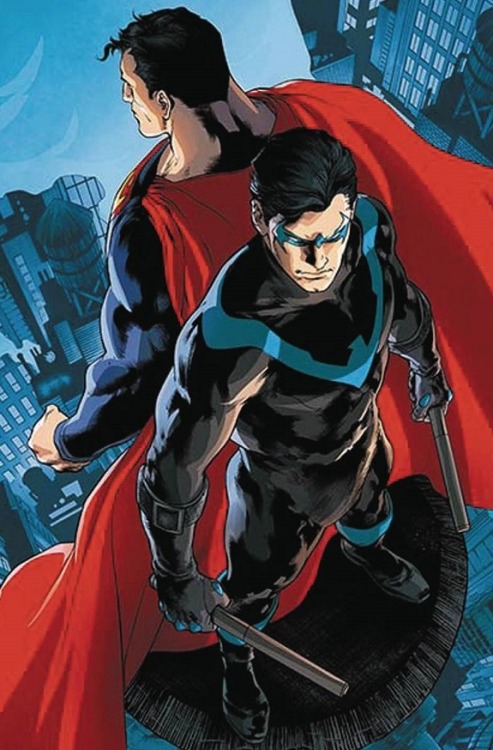 No prob. I did talk about how Dick’s relationships have been going in recent canon [here]…yeah, sorry to be the bearer of bad news but things have really gone down hill! If you want my run-through of all the horrible stuff that’s gone down, feel free to click the link. I’m kind of in the mood to just complain about things rn. I’m not really going to source myself as much as I usually do and so if you’re like “what in the world is OP talking about” go head and click that link for context.