It’s time for the truth to finally come out, and for this to be acknowledged.

Humans are a species that was MANUFACTURED by the ancient civilization that came here only to exploit the planet for its resources, and leave it a bare, dry husk when they’d finally destroyed it totally.  It’s what they do.

We were manufactured as a slave race.  Period.  Pure and simple.  Problem was, they used part of their own DNA (all that “in his image” bullshit).  That has turned into a bit of a problem for them.  They generally do these “extinction events” when we manage to build up our selves and our civilizations.

They have the technology to destroy us.  This is all conveniently timed.

They control the programming.  They have dumbed-down everyone in the past 40 years.  They want stupid people.  Stupid is easily controlled.

All the “gods” humanity has ever had?  They are simply the advanced race that manufactured us.

There is no other explanation.  Religion was created as a control mechanism to keep the masses in line.  Pure and simple.

This is the truth.

They need to finally fucking reveal themselves once and for all.

SHOW ME THE GODDAMN MOTHERSHIPS!

#annunaki, #space assholes, #the truth, #humans created as a slave race, #humans, #slave race, #reveal yourselves, #SHOW ME THE MOTHERSHIPS!
1 notes · See All
masanaasuAnswer
I've been reading about angels and I read that Mettatron is another name for the angel Michael and that their pre-acended name is Enoch. Is any of this true or is it all lies and stories?

Metatron and Michael are two different entities, the former being one of the first pleiadians to ever exist, one who helped in writing the “akashic records” and the later being an ascended reptilian.

Enoch however is a fractal of Metatron, their energy splits into a masculine energy (Enoch) and a feminine one.

However interpretations of the energies are ehhh… Some are better than others, take what you read with a grain of salt and understand that most of it is symbolic like most religious texts.

I have been seeing this vid in my suggestions, finally got around to watching it.

The Marmaduke name has very interesting tales and stories associate with and have seen mentioned involved in misleading mankind.

The Barbara lady who channels the Plieadians and wrote a book or two {I’ve posted snippets- post labeled- easy to hoodwink humans} has shared info that was reshared in a FB group something along the lines of: it was Him (Marmaduke) not Jesus, on the cross. It was a holographic illusion to fool mankind.

I do not know if true or not and could be why I watch for info in re.

Seriously, people…here’s the sad truth:  we were genetically engineered by a bunch of real assholes who wanted slaves.  They have cloaked that ruse for as long as we’ve been in existence under the guise that they are “gods”.

NO:  They are not “GODS”.  THey’re just SPACE ASSHOLES!

And their main tool for “keeping the livestock in line” is RELIGION and “BELIEF” in “GOD” or “GODS”. 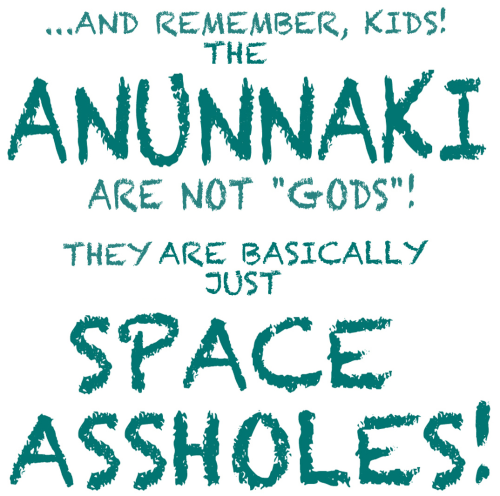 #annunaki, #space assholes
0 notes · See All
masanaasuAnswer
What do you think of sumarian gods like Anu and Enki and Enlil? Are you going to do a energy reading for sumarian religion too?

Eventually yeah, it’s been hard to focus on the energy readings I HAVE been working on admittedly. I’m not sure why but it’s been hard to come down here with enough energy and time to really dedicate to doing them but, I appreciate you getting on my ass about it, you reminded me to post the Norse one (it’s finally almost finished, been taking me a fucking year, I’m very sorry about that.) and Mihail began the Japanese one a few days, actually.

But because this whole “reptilian” thing in the more mainstream idea has been so directly linked to Sumerian gods and all that, it definitely deserves a post about it.

I think the most I’m really willing to go into it for now is that Anu is another public name for “lucifer”, they represent the same energy that had originally been pleiadian before he corrupted his own energy and started society in Drahana’d. Many religions, if not most, have some sort of public name of his in them.

Anu specifically, is the title for him within the military. He’s obviously the top king pin of the Annunaki. Naki in reptilian meaning “of/from” whatever suffix is placed on it, in this case Annu, or Anu.

I’m not actually too familiar with Sumarian religion in the human understanding of it, so to say who Enki and Enlil are I’ll have to do some reading.

#project 20, #masanaasu, #anu, #sumerians, #annunaki
1 notes · See All
masanaasuAnswer
You should look at Tara bonds on ytube. Is she real or a liar?

Alright so from what I watched, I can’t give you a simple yes or no answer to this because it’s much more complicated than that. I don’t think Tara Bonds is a liar, I think she actually believes the things she is sharing, but I do think she sought answers from people who were liars.

The biggest cause of doubt for me is that talking about DNA - she speaks of it as though it is a physical aspect when that isn’t how that works. It is genetically impossible for reptilians and mammals to mate and create a physical hybrid. The genetic make up is too different and it can’t sustain a living embryo. We mention a bit about this in our podcast about David Icke where he talks about the shape shifting reptilians and all that as though it physically happens here on Earth.

Shape shifting in actuality refers to a complete astral change. You have to change your form into that of a human BEFORE you enter the physical plane. “Hybrids” may be created off this plane because DNA is no longer a factor to get in the way, as energy can mix with any sort of energy, but it can not happen here. You can be a human/reptilian mix of energy but it would be because your higher self is, not you physically. Reptilians will go into a human form, manifest here on the physical plane, get a human being pregnant and the resulting baby will - energy wise be reptilian/human - but because the physical parents’ DNA is that of a human, the physical body of the offspring is a human being. You would be the physical life of your higher self, who is the “hybrid” (god I hate that bloody word, it’s awful isn’t it).

There is no “alien DNA” being used on Earth. That would be genetically impossible because the separate species are too drastically different for any sort of viable offspring.

This “alien hybrid program” is not a physical thing happening. There are not shape shifting reptilians here on Earth in that regard. They come here having changed their form to that of a human being (IE, they mimic the genetic coding of humans) and they go about their business.

However, back to Tara - I don’t think she’s a liar, I just think she misunderstands the basic principles of how these things work. I think she’s fallen a bit into other people’s delusions and lies.

Energy wise however, she is right. She is reptilian - and I don’t think she has bad intentions either, I think she does actually want to help people. She just seems a bit confused.

There are many different Satans. Just like how there are many different politicians here. Every person that owns land or people, usually both, in Drahana’d is considered a Satan. There are the biggest five who are “Lucifer”’s right hands, and then the children they have given land to. So not necessarily all of their children but the ones they consider their heirs to their power or wealth.

But I only know the names of ones stupid enough to tell their names in public, which they often do because it helps them get energy from people when people devote themselves to them and all that. Many different religions contain names of Satans in them even just here on Earth.

Chronicles of Valor Story board #2 : The first chapter is called
“A poisoned Eden Revealed.”

Setting the stage is the first priority. Our main character flies in and around the reality of the matrix. Giant Annunaki look down upon the human farm as reptilians rule the earth and prey oh humans. 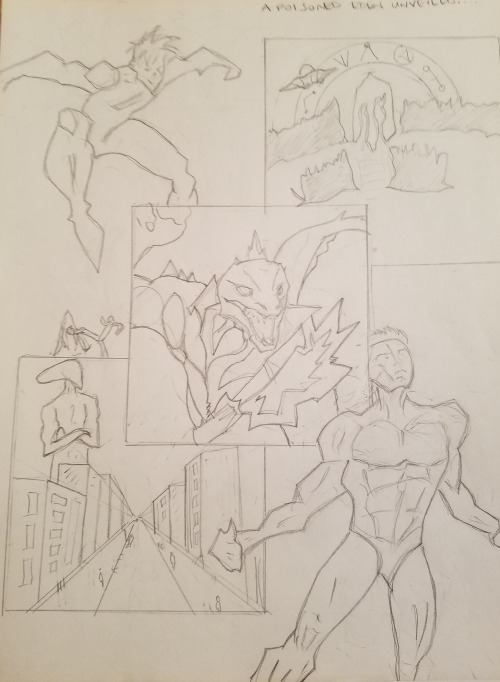 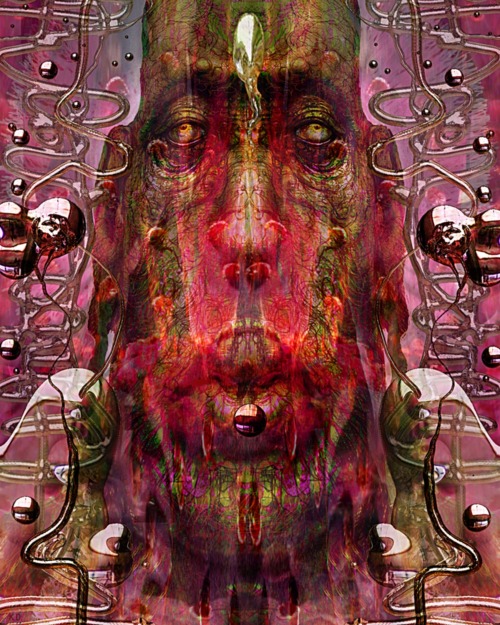 Never knew the space jockey from Alien was bigger then the engineers in Prometheus.. There is fan theories & a fan film on youtube that states that the precursor/space jockey race was exterminated by the engineers..Since you know I show how movies get info from real life myths & history this could mimic how on mythology patricide is a common concept..You can say this is also seen in different tribal stories of killing earlier races such has the giants vs native war that is seen in history… Click on the Giant tag to see my other giant posts or search #GiantsFromTheDarkAge on Instagram

#DarkCrystal has some interesting concepts, either done intentionally or UNINTENTIONALLY.
The #Skeksis have some similarities with the #Sumerian #Annunaki.
The Annunaki are/were beings that visited Earth years ago and bred into certain #human species.
They kept information about the planet and other things on #crystals…
▪️
▪️
https://www.instagram.com/p/B1_Rf-DD01M/?igshid=12zwb5a2tox64

The ones who are now known as the -Giants, Precursors, Ancient Ones, Old ones, & many other names were the Genetic creator/parent of Modern races.. Usually seen with elongated heads don’t be confused by the grey alien wannabe which is a false creation..This can be scene with the grey alien supposedly coming the Lam being who was channeled by Crowley.. Both of them representing the pineal & also getting their looks from corn which the pineal derives its name..Also seen is how spaceships are modeled after the pineal gland..

#aliensamongus, #alphadraconians, #annunaki, #arcturians, #dagons, #extraterrestrial, #flyingsaucer, #grayaliens, #jfk, #nibiru, #nommos, #nordics, #planetx, #pleiadians, #reptilian, #sassani, #sirius, #spacecraft, #ufo, #yahyel
4 notes · See All
masanaasuAnswer
Also sorry to spam lol but are you two going to teach other languages besides pleiadian? I would be interested in learning shadow person or maybe even reptilian also is there a difference in reptilian and annunaki?

No worries, we love that you’re interested ^^
I’ve been wanting to teach Reptilian, actually - but haven’t found much time to do so right now. Shadow person maybe too but I don’t really speak it that well enough to teach it quite yet I don’t think. It’s hard enough channeling my own language haha

The difference between Reptilian and Annunaki is really only formality. Though it can be hard to hear the difference unless you’re a native speaker. Annunaki is much more proper and has a lot more rules as to how to address people than reptilian does. It’s posh dribble really. Not quite as different as say Pleiadian and Military Pleiadian which are separate in everything even down to grammar. It’s more just an accent/slight dialect difference.

#asks, #ask gabe, #pleiadian, #reptilian, #annunaki, #alien languages, #alien conspiracies
2 notes · See All
masanaasuAnswer
What do you boys think of Maria Orsic? I feel she may have been an angel forced to work for them. :( PS you guys are cool

She had been Pleiadian but that Pleiadian has since descended, and is considered a part of the Annunaki now, unfortunately. Whether she was forced to do so or not, I’m not sure - it was before I was really around. Regardless, Maria Orsic was either the life she descended in or right before/right afterwards. 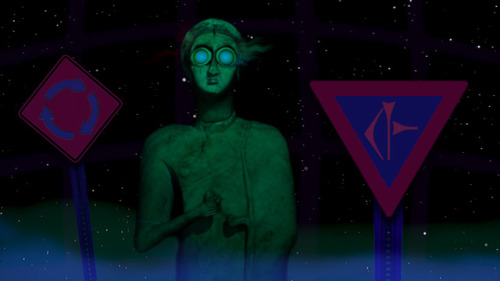