You know what I wanna see?

Look at him. The stare. The silent rage. The floof. I want it. I need it.

I mean, it seems they don’t intend to do a musical parody any time soon, but a girl can dream, right?

Okay I know there are more characters but I am not sure who should be them, you guys can add your ideas.

Speaking of Ellison,  a thought occurred to me the other day.

Assuming they ever make a movie about the behind the scenes tumult surrounding City on The Edge of Forever, does anyone else see Brian Cox playing Harlan Ellison?

I don’t know. It’s just something I can see being a possibility, you know?

Everyone has their ideal Papa Hale casting. Mine is the beautiful Roy Dupris.

I think there’s enough of a similarity to make it work.

So after having seen some of Brooklyn Nine-Nine (my brother bought Season 1 while he was in town), I think I’m on board with Stephanie Beatriz being a possible candidate to play She Hulk.

She already kinda looks like Shulkie (and yes, I know she’s expressed interest in the role), and she has the right air of confidence and comedic timing to pull it off.

Again, that’s assuming they go with the more jokey/fourth wall breaking She Hulk for MCU, but you get what I’m saying.

#fan casting, #atwq, #if yall cant tell dashiell in my favvv, #alonb with ellington and lemony
0 notes · See All
headcanonsandmoreAnswer
We all know you dislike Emma Watson’s portrayal of Hermione so I’m wondering who you could cast as Hermione? Pictures please 😬

I’m trying to be less critical of W*tson as-of-late, but -yeah- I really don’t think much of her portrayal (especially after POA).

There’s a bunch of people who I think would be great as Hermione.

She had bushier hair as film!Lavender than film!Hermione did. And Jessie Cave is a brilliant actor, so I think she’d do a great job in the role.

I feel like she’d get Hermione’s inquisitiveness in the first few films really well.

She’s not an actor (as far as I’m aware) but she gets the looks down really well. I know that’s kinda ridiculous as a reason, but there we go.

Also, the following RPers who really do inhabit the character magnificently:

(I’m not using their gifs ‘cause I don’t have permission, but -seriously- they’re freakin’ awesome!)

Yup. Showing my fangirl ways with my “author casting” for my next book, Wow and Flutter.

Jesse Parker is the songwriter and lead singer of the local band The Key Frames. They have two albums to their name and a following of dedicated fans in the tri-state area. His lyrics are as heartbreaking as his voice.

Alex Murphy has been one of those fans since he first saw Jesse perform at a house party during his junior year of high school. He hates the term groupie and refuses to believe he is one, though he rarely misses a show.

On his 18th birthday, Alex goes to another Key Frames concert, looking for the perfect night. When Jesse asks Alex to come home with him, the night transcends into something Alex never thought possible.

It’s summer 1998, he’s 18, headed to college in the fall and Alex is falling for his idol. And crazily enough, his idol is falling for him, too. But then their chance at love is abruptly cut short and what could have been, never was.

Five years later in LA, Alex has the opportunity to make their paths cross again. But is he ready to see Jesse again after so long? And is his real motivation a reunion with the man who almost had his heart or is it something more self-serving? 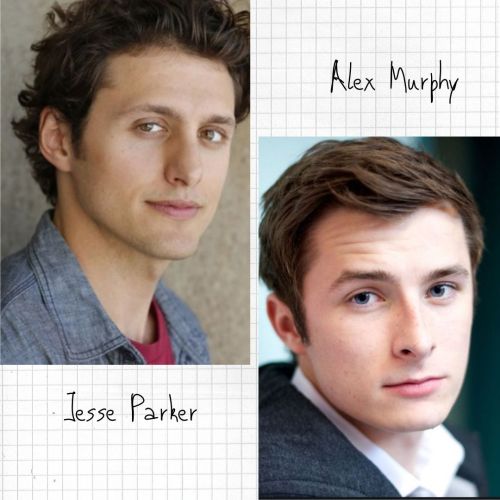 Olivia Colman has just started to get comfortable in her throne on Netflix’s royal blockbuster series “The Crown” – but there’s already frenzied speculation about who may be coming for it.

This week, British media and scores of viewers reacted with excitement to rumors that stage and screen star Imelda Staunton is being lined up to play Queen Elizabeth II in the fifth and sixth seasons – though Netflix told CNN the reports are “pure speculation.”

With filming only just underway for the fourth iteration, the next cast is likely far from settled and no announcements are expected soon.

But such is the attention on the series – one of the crown jewels in Netflix’s arsenal of originals – that each casting decision is of paramount importance. It’s little surprise, then, that British bookmakers are already taking bets on who’s going to play whom.

The fifth and sixth seasons would move the drama into the 1990s and the start of the 21st century – a significant and occasionally tumultuous time in the history of the royal family.

So with that in mind, which stars might Netflix be considering – and where could they take the series next? […]

Has anyone else read Shabanu, Daughter of the Wind by Suzanne Fisher Staples? Just finished reading Haveli and House of Djinn (the second and third books in the Shabanu series) and I’m DYING to talk to someone about all the stuff that happened.Esp Omar (HE WAS CUTE OKAY)

#Suzanne Fisher Staples, #book, #Shabanu, #fangirling, #fan casting, #what about Hasan Minhaj as Omar tho, #can we find someone to cast as Shabanu, #and what about Mumtaz and Jameel, #FUCK I NEED MORE SHABANU X OMAR, #books, #reading, #bookworm, #binge reading
1 notes · See All
theladyfaulknerText

Had my students write down the actors they’d cast in a movie version of “Henry IV Part 1”. These were some of my favorites 😂

Now that Robert Patterson is Batman can Andrew Garfield please be Superman. And Catherine Tate be Catwoman. Then the chaotic energy would consume us all and kill us. Thank you.

#dcau, #batman, #fan casting, #battinson, #robert patterson, #andrew garfield, #chaotic
15 notes · See All
geekgirl101Answer
I think there’s a lot of people who fancasy that straight up don’t read the comics and have just read the Wikipedia pages for MCU characters they like. Reminds me of how so many people thing Secretary Ross HAS to be involved in the Thunderbolts, and their fan casts always miss the fact that Songbird (Melissa Gold) is such a crucial member of the team...

That….or they’ve only read certain runs. Like if you read, for example only v2 you miss a lot of crucial character moments and understanding of the characters who’s characterization was not developed by Gillen, but was actually trampled upon by him.

So if you’ve only read v2 and everything afterwards you barely know that Tommy exists in the first place and maybe hanging around fandom you know  who he is and that he’s Billy’s twin, or brother, etc and thats what you go with, or you see Wanda and Pietro and think well they’re fraternal, so Billy and Tommy  can be too….and Ugh! Theyr’e identical twins. Please cast Billy and Tommy appropriately. TWO boys. IDENTICAL!

#Forever pissed at Kieron Gillen, #Young Avengers, #fan casting, #if you have a problem with my statement please black list the first tag, #Management is not repsonsible if you're offended by said statement, #Anonymous
4 notes · See All
uman143Text

and
Derek Mears as The Colossus Titan

The people that haven’t been casted, I may come back to later, but I feel this is a good amount to post.  I may add pictures later.

I tried to trend younger with the casting of the young characters, which meant that there were a lot I couldn’t find good actors for as it’s kinda hard to look up younger actors.  I wouldn’t have minded making the cast more diverse (which would open up more options for actors) but it just wouldn’t make sense in-story.  When I do fan castings, I try to cast people I like even if they might not be the conventional choice for the role - for instance, Corey Stoll seems too young to be playing Grisha considering that Zeke needs to be his son, but too old to be playing pre-walls Grisha when he’d need to look younger than Timothy Olyphant. But I like Corey Stoll, so I want to cast him. Natalie Brown, not a very well-known actress, being cast as Carla is just a reference to The Strain where she’s Corey Stoll’s ex-wife.  Patrick Stewart is the popular choice for Pyxis and could still be in the right age range, but I watched Pip Torrens in Preacher and he’s cool. Imagining this series as being directed by Andy Muschietti (who did the IT movies) also informed some of my casting choices.

If I could travel back in time, and change the casting of the Wizard of Oz film, Earl “Snake Hips” Tucker would have been scarecrow

#wizard of oz, #scarecrow, #sad there isn't a lot of footage of him dancing, #fan casting, #know I've posted about this before, #but still salty
2 notes · See All
dresdenfilesravingsText

I still stand that Tom Hardy or an unknown should play Harry, but hear me out Robert Downey Jr.:

Like yes he’s a world famous actor know the world over for a small role that like no one has ever heard of:

But honestly it wasn’t that that made me peg him as a solid Dresden pick. It was actually in watching Sherlock Holmes of all things.

Because take the eccentric genius element out. And he plays a scrappy detective with a nasty habit of leveling whole buildings with a long suffering companion and a massive authority complex and excellent improvisor. Even then let’s take RDJ’s background as a person:

He was considered an untouchable and a liability until Iron Man. Similar to Harry he grapples with internal demons that can tempt him down a very dark path and knows what it’s like to be cast aside by the community that was supposed to embrace you. Sure he’s not a perfect pick and is waaaay too famous for the role, but if somehow he got cast I’d be pretty jazzed.

As Elphaba…
Samantha Barks
Or Phillipa Soo
Or Colleen Ballinger

As Glinda…
Dove Cameron
Or Amanda Seyfried
Or Kristen Bell

As Fiyero…
Darren Chris
Or Aaron Tveit
Or Jonathon Groff

As the Wizard…
Joel Grey
Or Hugh Jackman

As Boq…
Chris Colfer
Or Daniel Radcliffe
Or Ben Platt

Only Pattinson is real. The rest is my fan casting.

Michael Cera - Jonathan Crane/Scarecrow
- The reason I chose Cera as Scarecrow is because of Crane from the Animated Series. I just see a match.

I will probably add more once I find the right people I feel right.
I’m working on Harley Quinn.