A Geraskier oneshot where Geralt is incredibly soft and Jaskier is incredibly tender. Enjoy this 1700 word comfort fic! That’s all it is! Woo!

Tonight was one of those rare nights. Once a year, maybe twice, Geralt was be blessed by some ancient being with nights like tonight.

It was a rare night where Geralt of Rivia, famous Witcher, had absolutely nothing to do and nowhere to be.

After he had dinner and Jaskier was left to attend his audience, Geralt made his way up to their shared room, made his way under the warm water of a lovely bath, and then found his way into that oh-so large and comfy bed in the middle of the room, where he sits now In some loose pants, reading a book that was left on the nightstand.

It was none of Jaskier’s, no. Geralt had already thumbed through most of his collection. And to make it any more obvious, the tale that these adventurers go through were obviously not written anyone that had actually seen the monsters in real life. The way that sword duels were written, the way that wyverns were described, Geralt couldn’t really help but knit pick his way through each chapter. Nonetheless, he was calm and refreshed and…Gods be damned, Geralt found himself maybe relaxing for the first evening in many many months.

Jaskier, sadly, didn’t seem to be having a similar night.

Kate Beckinsale as Selene - The Goddess of the Moon

“This one time I shall spare you and not grant your wish.”

HAPPY HALLOWEEN OoO! The Hearts of Stone DLC is very spooky and I love it! So you get some art of one evil dude! 🥄 Bonus: Geralt is the best at Gwent.

Sorry for the long delays, but Tumblr ate the story the first time I posted so I had to rewrite.

Watching Jaskier run from the house with devastation carved into his face hurt worse than any blow he’d been dealt.

Geralt started forward, numb legs sluggish with a grief too terrible to bear, but familiar hands pulled him to a stop.

“Don’t–” Yennefer’s voice was rough with her own demons, but she clung to him with determination in her strange eyes, “–we had to do this.”

“Did you see him?” he snarled, trying to summon anger in an effort to push aside the reality of all he’d just broken.  “He–he’s…”

“It’s the only way to keep him safe.”

Yennefer opened her mouth, but it was another voice who answered him.

“How could you?” They both turned to see Ciri standing next to the doorway Jaskier had disappeared through with a cold fury in her eyes.  “He trusted you.  He trusted both of you!”

He loved you, she didn’t say.  They already knew.

“How many times will you break his heart before you’re satisfied?” Ciri hissed and Geralt flinched like she’d struck him.

Srry for being dead. Have this. 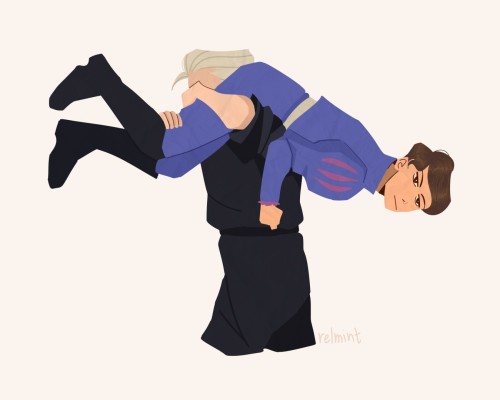 The night is cold and dark, not a single star shining in the car as Geralt stares into the flames of the campfire. The hilt of his sword is gripped tightly between his hands and he rests his chin on the top. The fire will need to be put out soon but Geralt is loathed to do so so soon into the night. Jaskier is curled up on the ground. His lute grasped tightly to his chest and his long brown cloak covers his entire frame. His hat is lying on the ground next to him. Geralt stares at it for a few seconds before standing up and picking the hat from off the ground. He beats the dust off it and then tucks into Roach’s saddlebags.

Jaskier grumbles in his sleep and Geralt sees the shiver that runs down his spine. It’s too soon to put the fire out, Jaskier will get too cold without the warmth beside him. The poet should have been in a nice warm inn but they’d been run out of town together. It had been a chance meeting in a tavern. Geralt had been happy to see his friend chugging a tankard of ale on one of the old wooden benches. His lute had been on the table in front on him and Jaskier’s eyes had lit up when he saw Geralt approach. Geralt had watched Jaskier’s performance as if his friend were the only thing that mattered in the world.

When Jaskier performs he forgets the hatred and death that follow him like the darkest shadow. The warmth of Jaskier’s voice and the way his eyes crinkle in the corner when he smiles. Jaskier treats Geralt with such affection that sometimes Geralt forgets that he is a witcher.

He can just be Geralt, and that’s enough for Jaskier.

The joy hadn’t lasted long as the owner of the tavern tried to throw Geralt out for being a witcher. Jaskier had stopped playing and immediately begun to argue very loudly that witchers were protecters and Geralt had every right to drink as any other human in the tavern. Geralt had tried to placate his friend calmly before a fight occurred but in the end he’d had to draw his sword in order to escape in one piece with Jaskier shielded behind him.

Another shiver wracks through Jaskier’s body and Geralt dampens the fire with a quick sign. He lies next to Jaskier, wrapping his arms around his friend’s body. The movement wakes Jaskier who groans and glances behind him. His soft brown hair is tussled and the lines of his clothes have imprinted into his cheeks. Geralt smiles at his friend. He looks like a mess.

“Geralt?” Jaskier mutters in the darkness of night.

“Sleep. Jaskier. You’ll get cold on your own.”

Geralt shakes his head. “No, Jaskier. You are good to me.”

Jaskier laughs but they fall into a comfortable silence until they fall asleep by the glowing embers of the fire.

i had a dream (which was not a dream at all)

On Saovine morning, Emhyr is given a report detailing strange activity in the bogland an hours ride from Nilfgaard City. Not wanting to alert his subjects, Emhyr asks Geralt to investigate for him. Even after decades as a witcher, nothing could have prepared Geralt for the darkness he meets and all that it shows him.

Part of the @sordidsaovine event.

I had to make at least one Halloween picture. I really wanted to draw Geralt as a Djinn, cause we have this whole Venom AU and Jaskier is a Djinn AU, but I haven’t seen this yet. #the witcher, #halloween, #djinn geralt, #geralt of rivia, #jaskier, #i tried my hand with lineless again, #and it ruined me, #again, #my art, #serasart
8 notes · See All
sunflowersupremesText

Literally just aftercare because I am a sucker for softness and Geralt’s bard is the most spoiled man on the continent.

Geralt of Rivia: Not always. Could go either way. Sometimes virtue wins, sometimes villainy gets the upper hand. Still worth being good.

Child: But why, if it doesn’t mean you’ll win?

Geralt: Palmerin’s story - think back.  A decent man attracts other good folk, makes friends he can count on.  A rogue, well, he can only count on other rogues. And who would you rather have for a friend? ~The Witcher III: Wild Hunt - Blood and Wine 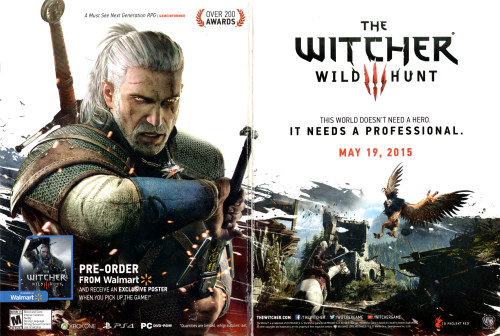 Geralt of Rivia and The Art of the Sexy Bath™ 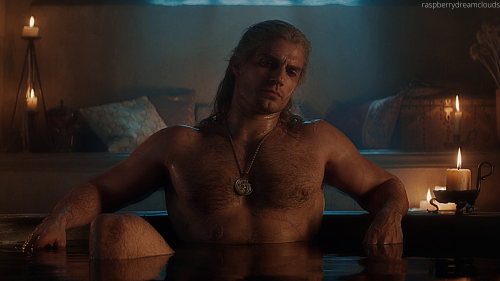 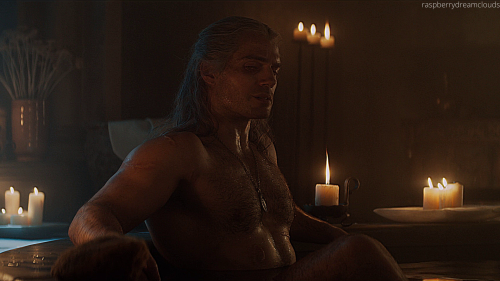 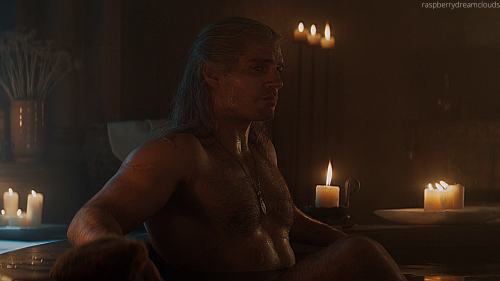 moon monsoon - all i want

3-month-old Geralt with an undercut in his very very handsome basic Ursine armour that I drew for @ohnomybreadsticks and forgot to upload here /D! It’s so plain but I wanted to really finish that letter and send it to you… I’m so glad you liked it nonetheless!! :D 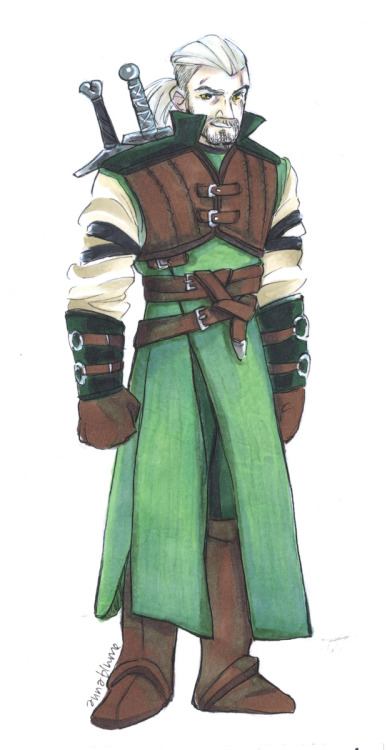 #geralt of rivia, #the witcher, #I LOVE HIS URSINE ARMOR LOOK, #so fashionable
92 notes · See All
c0njidrawsPhoto

An ancient gargoyle who just wants peace and his modern ‘trendy’ harpy boyfriend. 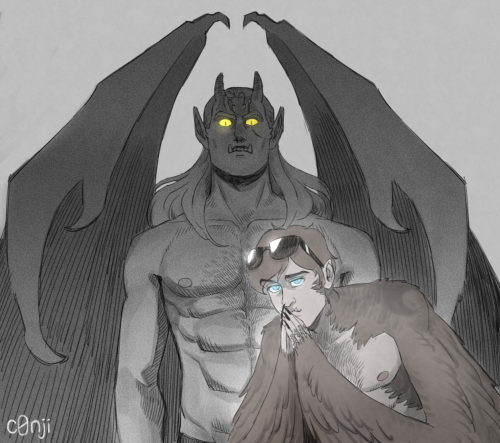 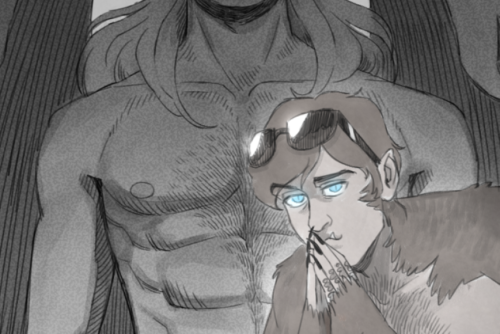 Have a Vampire!Jaskier feeding from his favorite Witcher. 👌

There are probably a ton of inaccuracies but I really didn’t research the vampires in the Witcher universe…I was lazy and this was a last moment decision to draw. 😅

Edit: I am now adding two versions… because white outline…I like it better without that.

#the witcher, #geralt of rivia, #yennefer, #ciri, #jaskier, #the hansa, #halloween, #the witcher meme
66 notes · See All
Next Page